Reader’s Guide for The Life and Death of Sophie Stark

Told in a chorus of voices belonging to those who knew Sophie best, The Life and Death of Sophie Stark is an intimate portrait of an elusive woman whose monumental talent and relentless pursuit of truth reveal the cost of producing great art. It is “not only a dissection of genius and the havoc it can wreak, but also a thunderously good story” (Emma Donoghue, author of Room).

It’s a perfect book for book groups, and we’ve gathered some questions that will inspire a lively conversation. We’ve also asked the author to answer some of the questions we had after reading this wonderful novel. And – how cool is this? – Anna North made her playlist available and we’ve shared that too.

1. On page 15, Sophie tells Allison that “movies are how I get to know people.” Discuss this assertion. Given what readers learn about Sophie’s motivations over the course of the novel, do you think this is an accurate or truthful statement?

2. Describe Allison’s relationship with Sophie. Why do you think Allison is initially attracted to Sophie? What sustains their relationship?

3. Discuss the structure of The Life and Death of Sophie Stark. What is the author’s purpose in using multiple perspectives as a means of discussing Sophie’s life? How does it relate to Sophie’s filmmaking career?

5. How would you characterize Sophie’s relationship with Robbie? How does it change or evolve over the course of the novel?

6. When is Sophie most vulnerable? To whom does she reveal her truest self?

7. The incident in which Sophie’s head gets shaved is a disturbing and emotionally volatile moment in this novel. How does this incident change her? Discuss its repercussions in her relationship with Robbie and Daniel, and how it changes Sophie’s interactions with her peers.

8. Discuss the author’s decision to intersperse critical reviews of Sophie’s work amongst personal narrative accounts. What effect did this have on you as a reader?

9. What was the most surprising aspect of this novel for you? Which characters, if any, did you relate to? Feel sympathetic toward?

10. Discuss how the filmic experience of Marianne differs from that of Isabella. How does Sophie’s filmmaking evolve over the course of the novel? Are there any habits of hers on set that remain constant? How does Allison’s understanding of her craft change because of Sophie?

11. How does manipulation factor into Sophie’s relationships? When does she elide the truth in order to advance her own professional or personal goals?

13. The last few chapters of the novel reveal Sophie’s plan for her last film project. What does the documentary’s format—sharing her life via other people’s perspectives—assert about Sophie’s own body of work? How is it a response to her critics?


Questions for the Author

1. What inspired The Life and Death of Sophie Stark? Why did filmmaking capture your imagination?

Anna North: I had wanted to write about a female filmmaker for a long time; I actually started a project about a director named Sophie Stark years ago, and then put it on hold when I wrote America Pacifica. I don’t know if I was fascinated specifically with filmmaking as much as with this particular character, who is a filmmaker — she seemed to come into my head almost fully formed. For her, I think filmmaking is appealing because it allows her to approach life at a remove; she can tell the stories of people close to her without being part of them, exactly. It’s also a visual medium, and she thinks much more visually than verbally — she’s interested in qualities of light and space, and not especially good at expressing herself in words. I enjoyed the challenge of thinking about things the way Sophie would; it forced me to approach the events and settings in the book from a different angle than I, as a writer, ordinarily would.

2. What was the most challenging aspect of the writing process for you? How did it differ from writing your previous novel?

AN: Probably the hardest thing was getting the points of view right. At the beginning I thought the book would have just one point of view, and I spent a lot of time trying to figure out which one it would be. But no matter how many I tried out — Robbie, Allison, a film-student character who ended up having some things in common with the critic Ben Martin — none of them felt like they could tell the whole story. When I realized I could include them all, things got easier. But still, some of the voices came to me more easily than others, and I had to spend a lot of time thinking about each person and how she or he would talk and see the world.

3. The Life and Death of Sophie Stark features some admittedly dark and tragic scenes. Was it difficult to immerse yourself in the characters’ interior lives during the writing process?

AN: At times it was. It was especially hard to write about Allison’s assault by Bean, Jacob’s mother’s illness, and Sophie’s last days, when Robbie is powerless to help her. I had very different attitudes toward the characters when I was writing them through hard times, also. I felt really sorry for Robbie — he loves his sister so much, and even though she loves him too, she doesn’t always treat him very well. Robbie’s sort of figured his life out by the end of the book, but I also think of him as a little bit fragile — his sense of self, outside of Sophie, isn’t that strong. So I felt especially sad for him when he lost her. Allison is stronger; everything that happens between her and Sophie hurts her, but it won’t break her. I like thinking about her going on after the book is over, raising her child and living her life. Even though she’s done some cruel things herself, I find myself feeling proud of her.


Playlist for The Life and Death of Sophie Stark

“I thought a lot about music while I was writing the book,” says Anna North, “I had particular songs I associated with a lot of the characters. Thinking about different songs helped me to get into their heads, especially when I was shifting from one chapter to the next and needed to adjust to a different narrator. This playlist includes one song per chapter. The songs don’t necessarily relate literally to the action of the chapter; rather, I tried to capture each chapter’s mood in some way.

I didn’t pick a song for each of Ben Martin’s reviews — he gets ‘The Man Who Sold the World,’ third from the end. And ‘Because the Night,’ at the very end, is just a bonus, because I was thinking about Patti Smith a lot when I was working on the book.”

Get more cool stuff about The Life and Death of Sophie Stark at SophieStark.com. 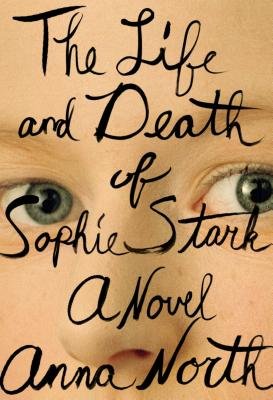 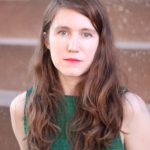 ANNA NORTH is a graduate of the Iowa Writers’ Workshop, and her writing has appeared in the San Francisco Chronicle, The Atlantic, Glimmer Train, Nautilus, and Salon; on Jezebel and BuzzFeed; and in the New York Times, where she is a staff editor. The author of America Pacifica, she lives in Brooklyn, New York.