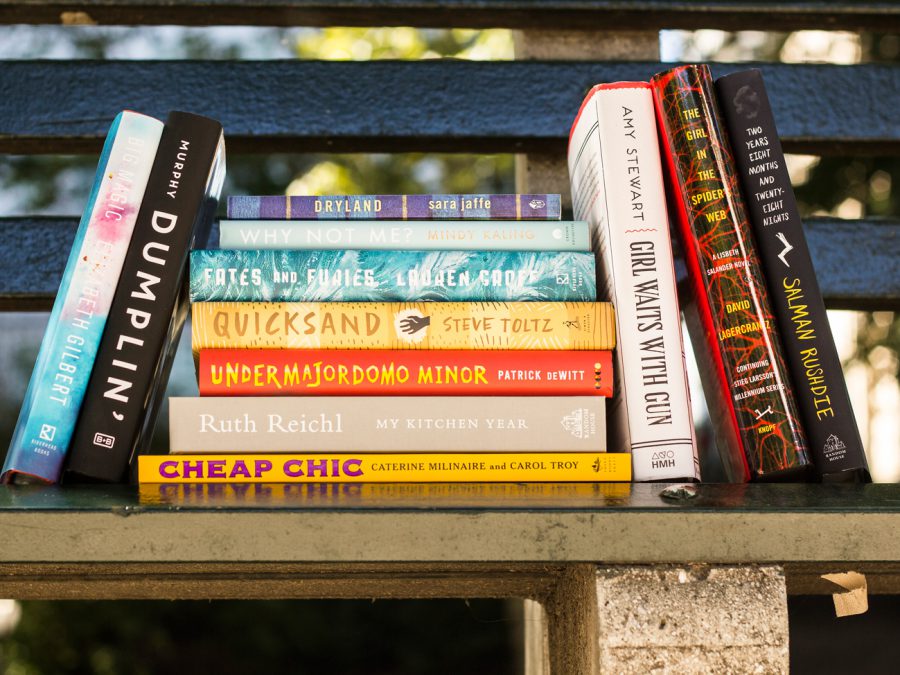 We know the drill. You want to stay current, but with so many books being published every month, it’s hard to know which titles are worth purchasing from your local bookstore, downloading on your eReader, or waiting for at the library. Read It Forward to the rescue! We’ve collected twelve of our favorite books—a healthy mix of fiction, non-fiction, young adult and memoir—all of which came out in the past month.

So, if you’re stumped about what to read next, check here to see what we’ve been loving this month—and click on the images to shop our picks. Then let us know in the comments what you’ve been reading and why you’re enjoying it! 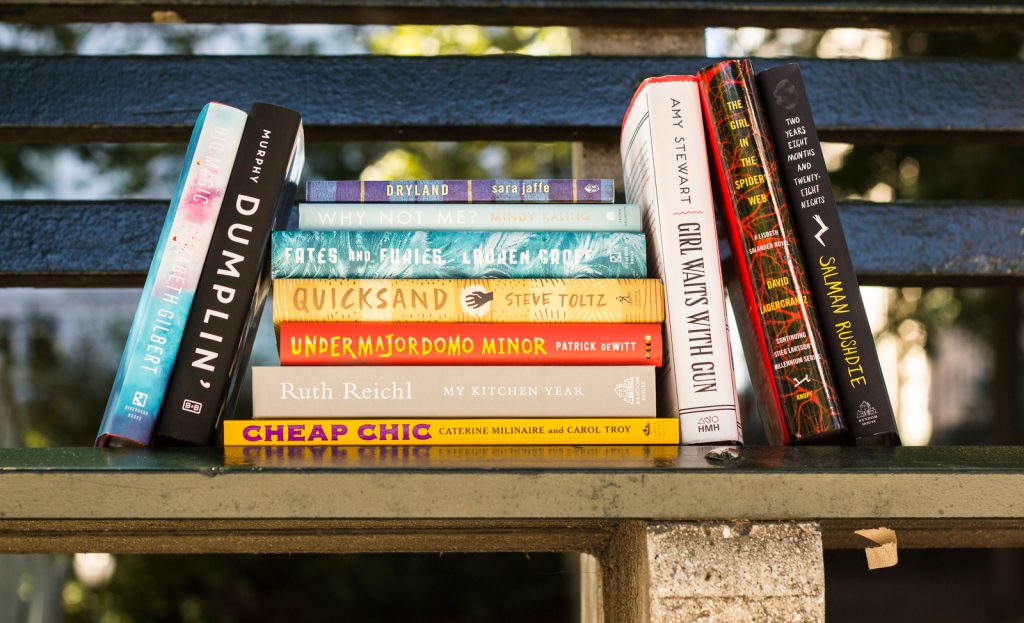 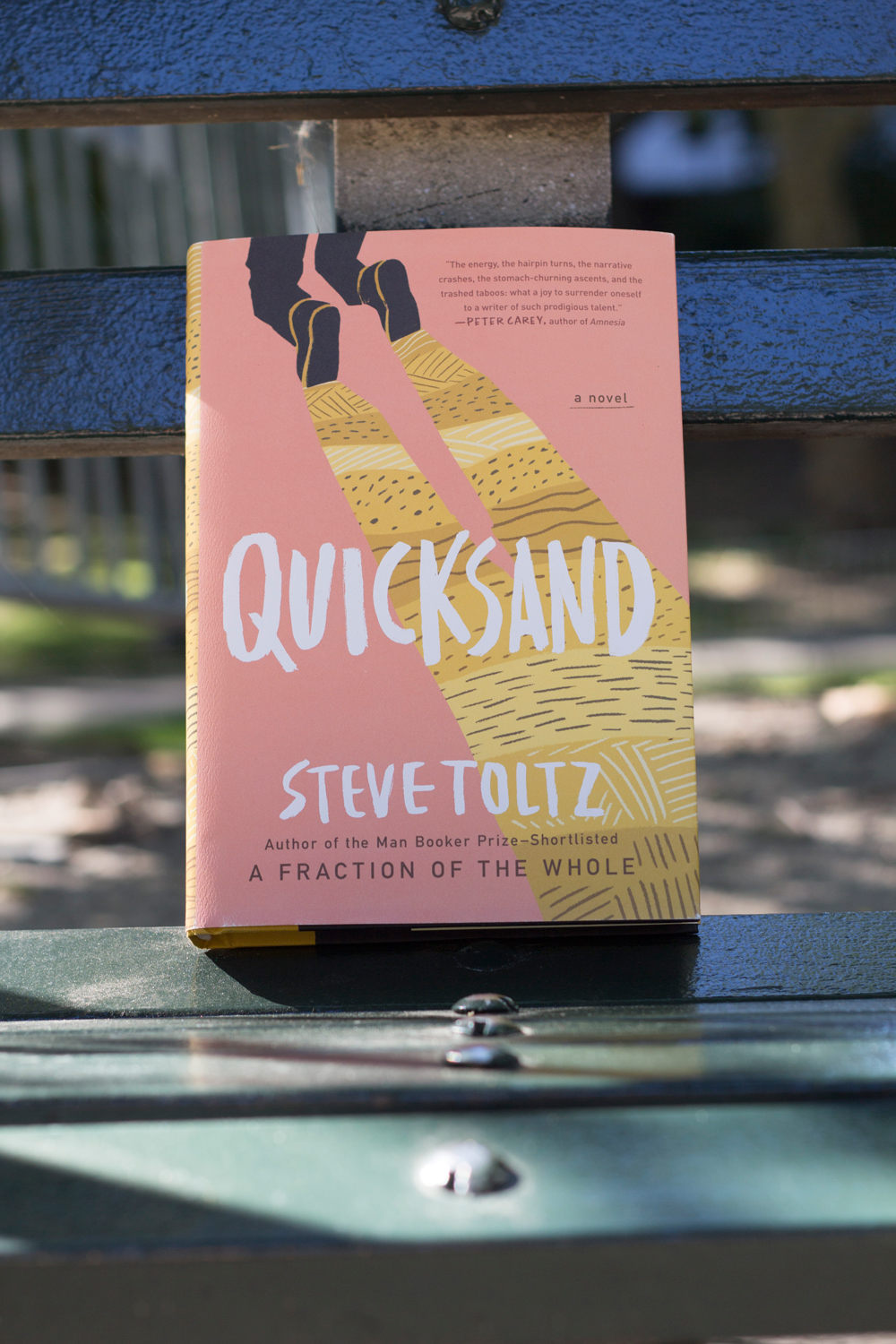 Seven years after the publication of his runaway hit A Fraction of the Whole, Steve Toltz is back and he hasn’t lost any of his sharp-tongued, sordid humor. In Quicksand, Toltz writes from the perspective of Liam, a failing cop and writer, who draws inspiration for his next book from his friend Aldo’s miserable life. Aldo’s hapless shortcomings are indeed the stuff of great fiction; a botched suicide attempt, a murder trial, and countless inventive but unfounded business plans. Liam’s attempt to turn Aldo into his muse is like squeezing blood from a stone—but what does emerge is a true tale of enduring friendship. 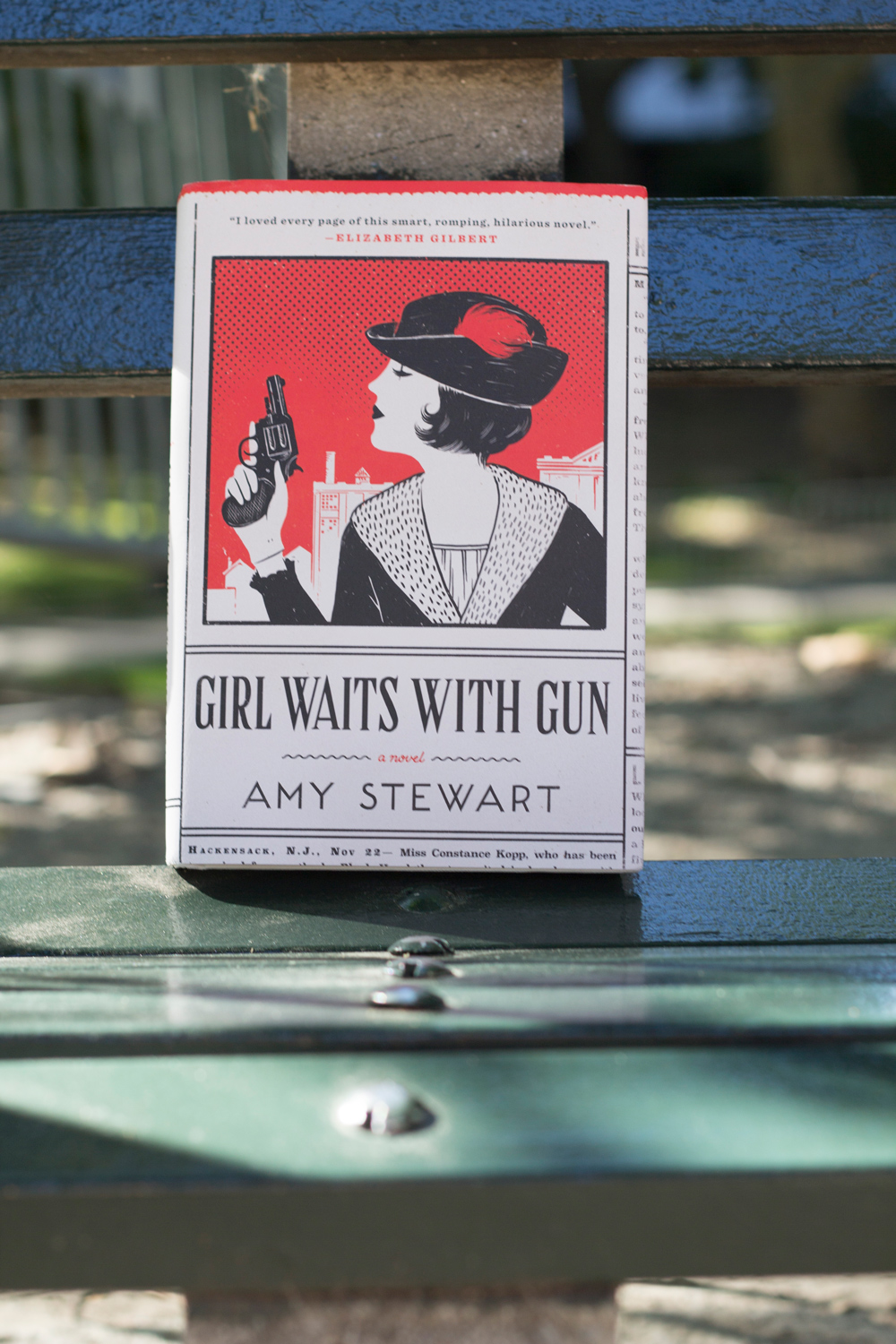 Amy Stewart’s work of historical fiction begins with the foreboding line: “Our troubles began in the summer of 1914, the year I turned thirty-five.” In Girl Waits With Gun, Stewart uses first-hand accounts from newspaper articles and biographies as source material to reimagine the life of Constance Kopp, a real-life heroine, who, along with her sisters, joined forces with sheriffs to outsmart a gang of crooks. Stewart’s imaginative fiction breathes life into this real woman and the reader is introduced to a kick-butt heroine who was totally ahead of her time. 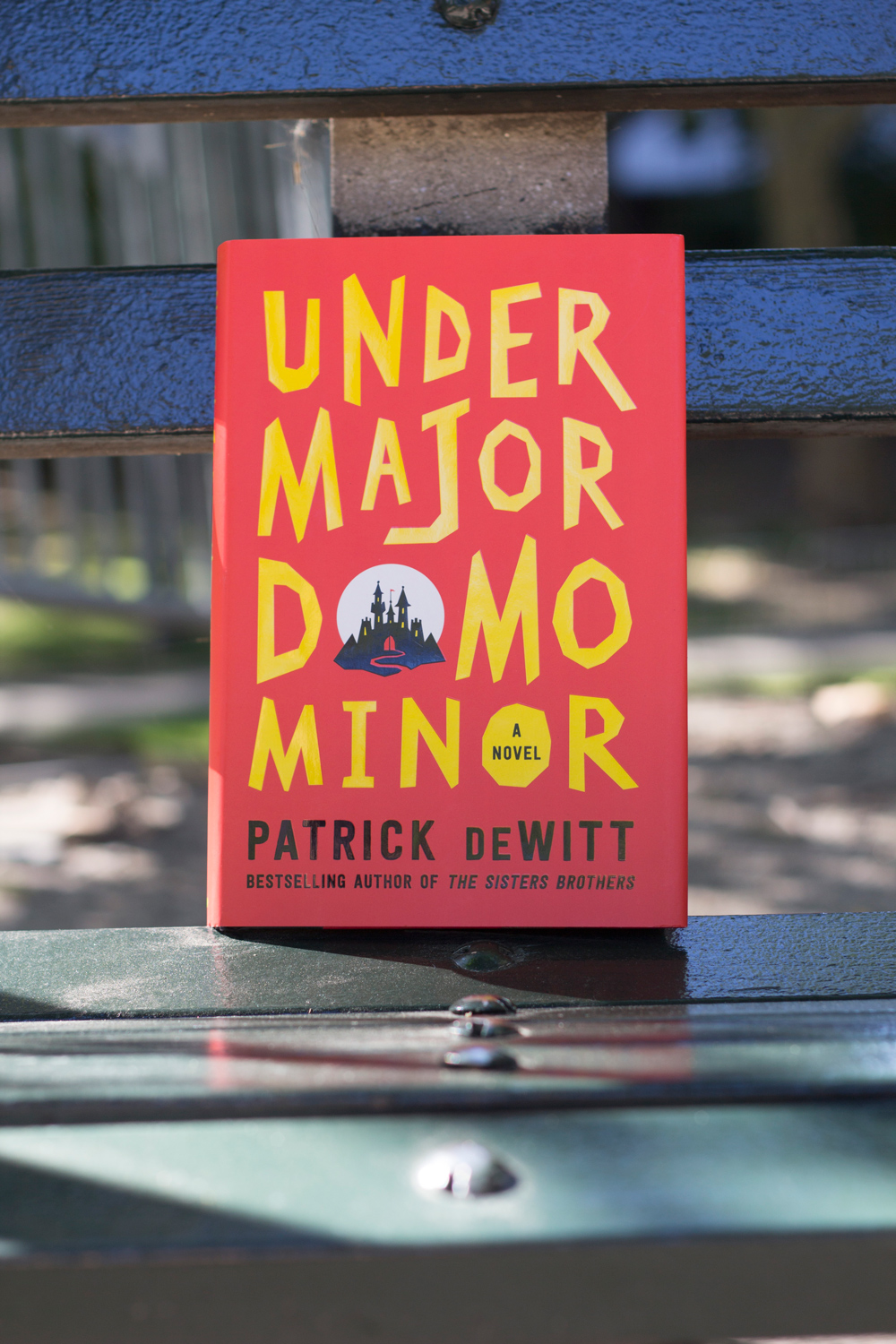 Lucien Minor, called Lucy, has lived a relatively uneventful upbringing in the village of Bury—he’s an unambitious, compulsive liar with no real friends to speak of. So when he accepts a position as undermajordomo (servant, really) to the Baron Von Aux and must relocate to the remote castle on the eastern edge of the wilderness, he’s game for any adventure that might come his way. And it does, in droves, as Lucy encounters thievery, heartbreak and murder in this underworld of tangled secrets. Patrick deWitt is masterful at crafting this oddball, adult fairy tale. 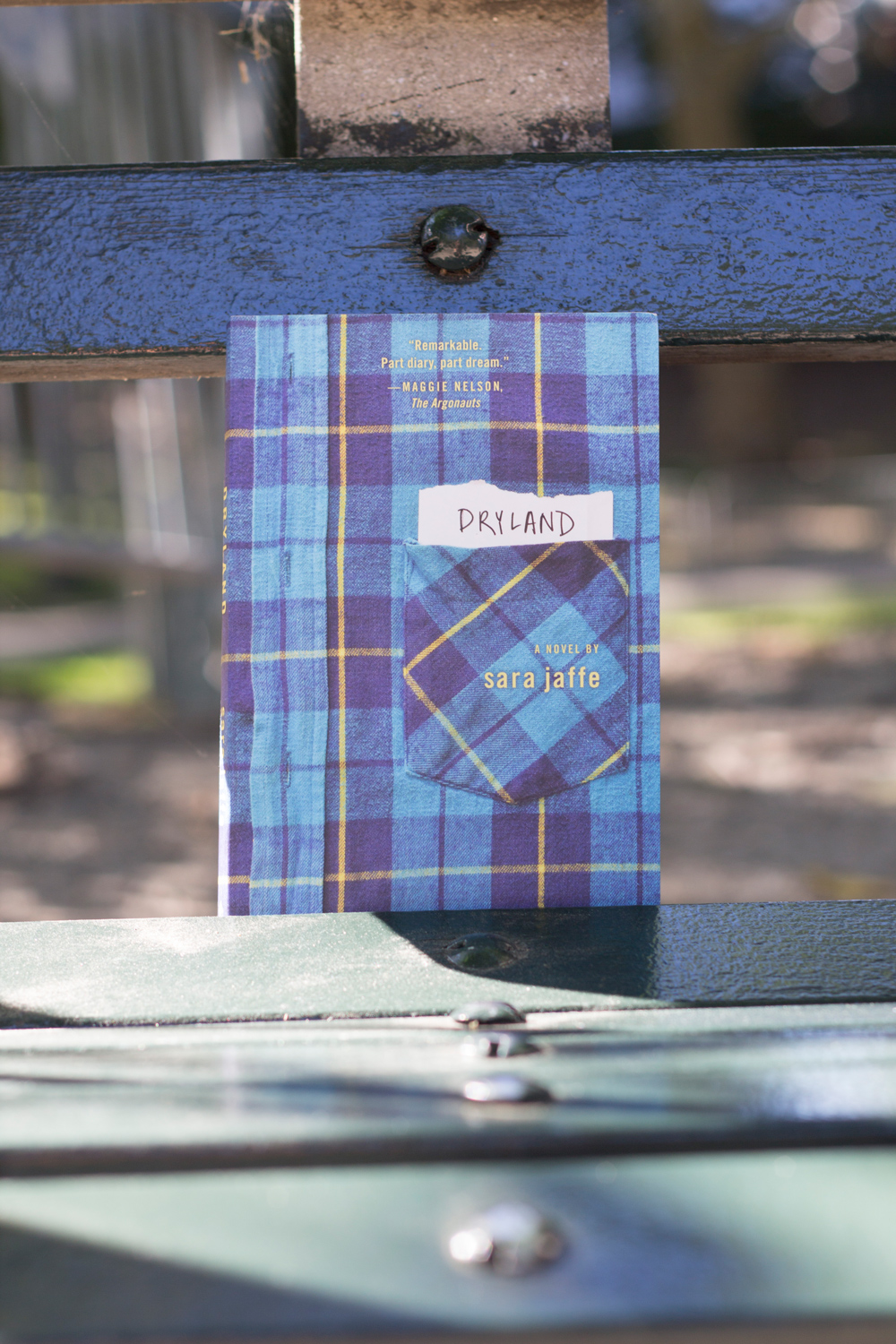 It’s 1992. Julie Winter is fifteen, and coming of age amidst the mundane routine and omnipresent rainy haze of her hometown of Portland, Oregon. Though her parents don’t really talk about him, Julie reads issues of Swimmers’ World hoping to find any mention of her brother, the one-time Olympic-hopeful swimmer, since exiled to Berlin. When a classmate invites Julie to join the high school swim team, it dredges up nerves, excitement and anticipation—and she must decide what her brother’s legacy was and what hers will be. Sara Jaffe’s ability to get inside her teenaged character’s head and convey the innermost feelings Julie attempts to hide even from herself is one of the strengths of this book, and though YA, it’s a novel that will be quickly devoured by readers of any age, especially those who grew up in the nineties.

Fates and Furies by Lauren Groff 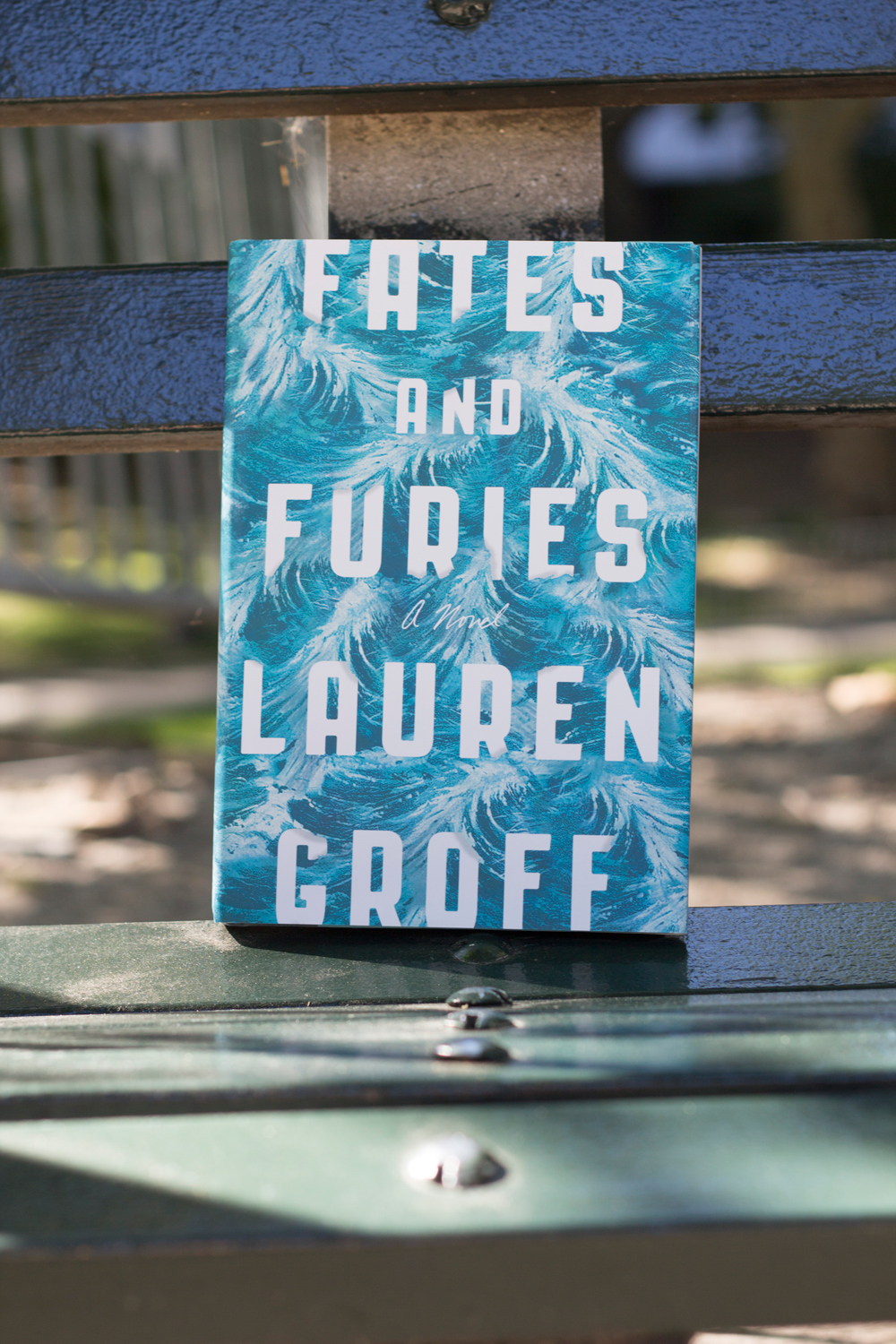 If you haven’t heard the buzz that this book has been getting, you must be living under a rock. In her novel Fates and Furies, Lauren Groff provides an intimate look at a marriage that spans over 24 years and the couple that makes up the union. Writing in a similar vein as Meg Wolitzer or Emma Straub, Groff divides her plot into two very different points of view—one from the husband Lotto’s and the other from the wife Matilde’s—and the characters reveal poignant observations about the extent to which we know those closest to us, and the extent to which we do not.

Why Not Me? by Mindy Kaling 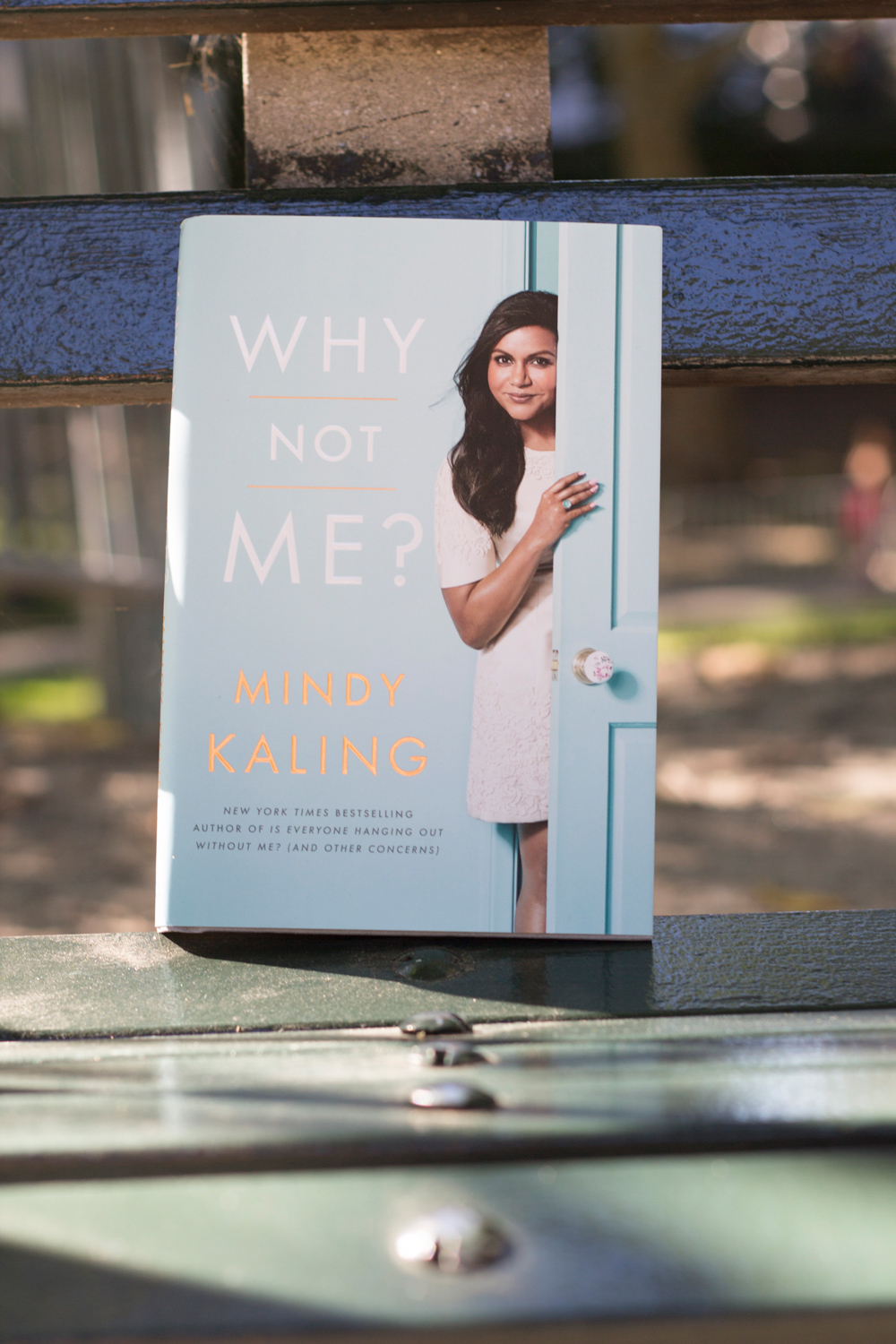 Whether you know her as Kelly Kapoor from The Office, or Dr. Lahiri from The Mindy Project, author, comedian and all–around funny gal Mindy Kaling has carved out a place for herself in pop culture, in part due to her relatable voice. That voice comes alive once again in her second book Why Not Me?, wherein Mindy ponders some hard-hitting questions like “what kind of snacks do they serve at a Vogue photo shoot?” and “why is it so hard to find a feminist boyfriend who admires Ruth Bader Ginsberg?” But at its heart, Why Not Me? is Kaling’s honest account of her own body image, her fickle relationship with confidence and the way women are portrayed in Hollywood. It is a fantastic and funny read.

Cheap Chic: Hundreds of Money Saving Hints to Create Your Own Great Look by Caterine Milinaire and Carol Troy 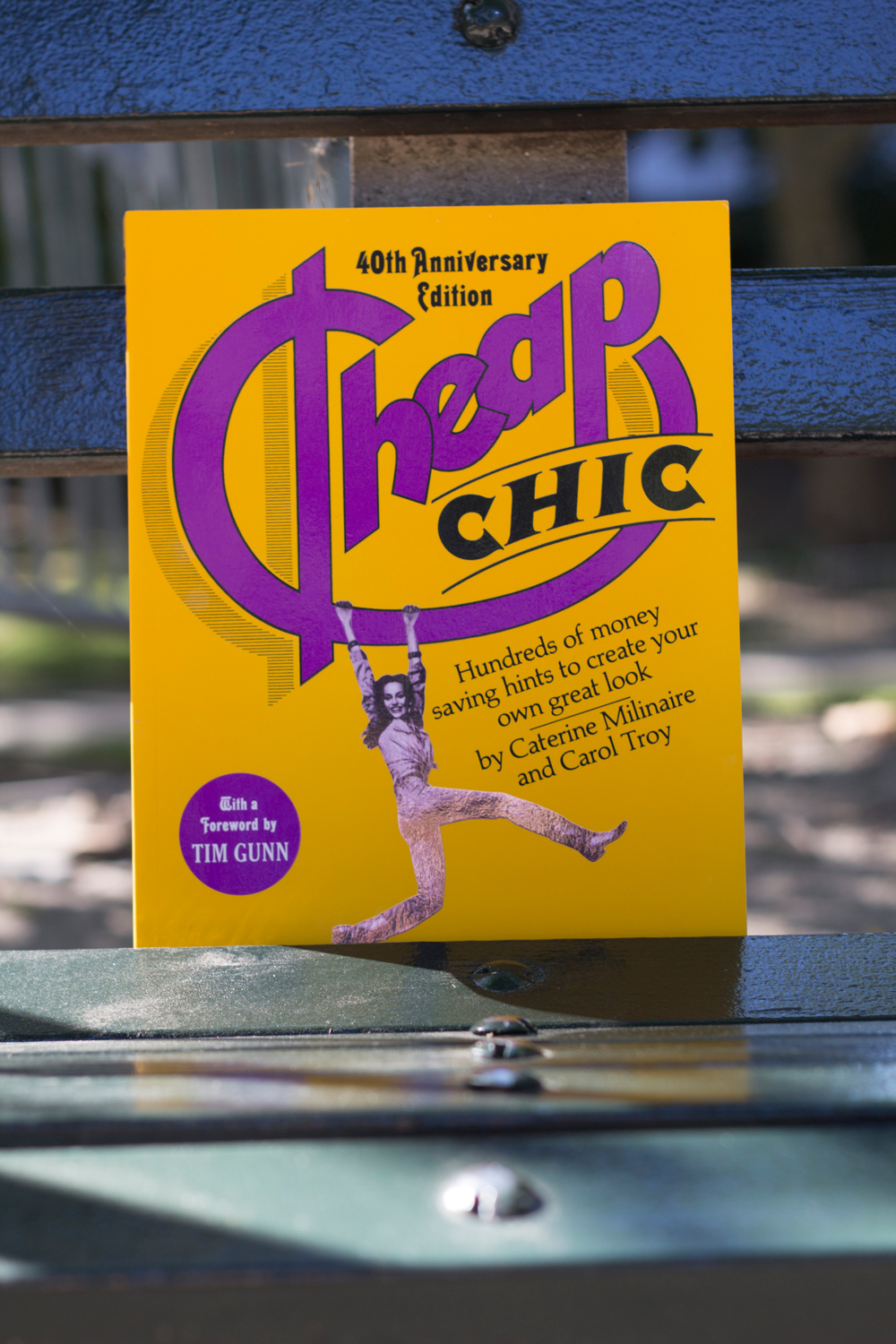 September will always feel like Back to School—and with it comes that itch to get some new fall clothes. But what pieces to get, and how do you avoid spending a ton and looking like you’ve just stepped out of the pages of a catalogue? Enter Cheap Chic, a not-at-all new book, published originally in 1975, that manages to still be completely relevant. To celebrate the book’s 40th anniversary, it is being re-released, this time with a new foreward from Tim Gunn of Project Runway fame. With chapters that focus on the new basics, the art of layering and finding your personal style—this book is timeless indeed. 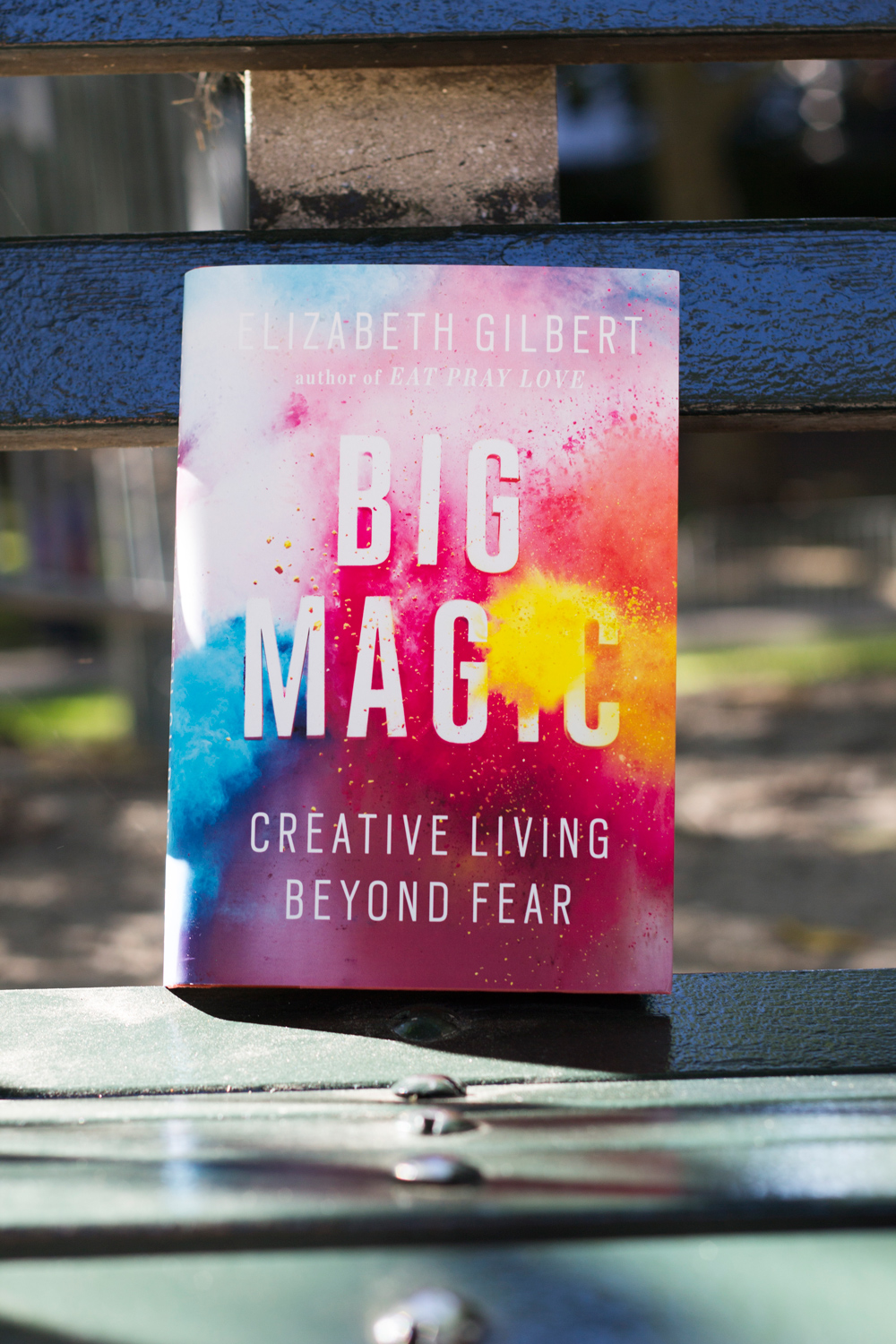 The bestselling author of Eat, Pray, Love returns, this time with advice on how to tap into your own creativity. And before you balk and say you’re not a creative person, Gilbert believes that “the universe buries strange jewels deep within us all, and then stands back to see if we can find them. The hunt to uncover those jewels—that’s creative living.” She calls the results of that hunt ‘Big Magic,’ and charts a course for readers on how—through courage, persistence and trust—they can find their own jewels and achieve those moments of big magic. 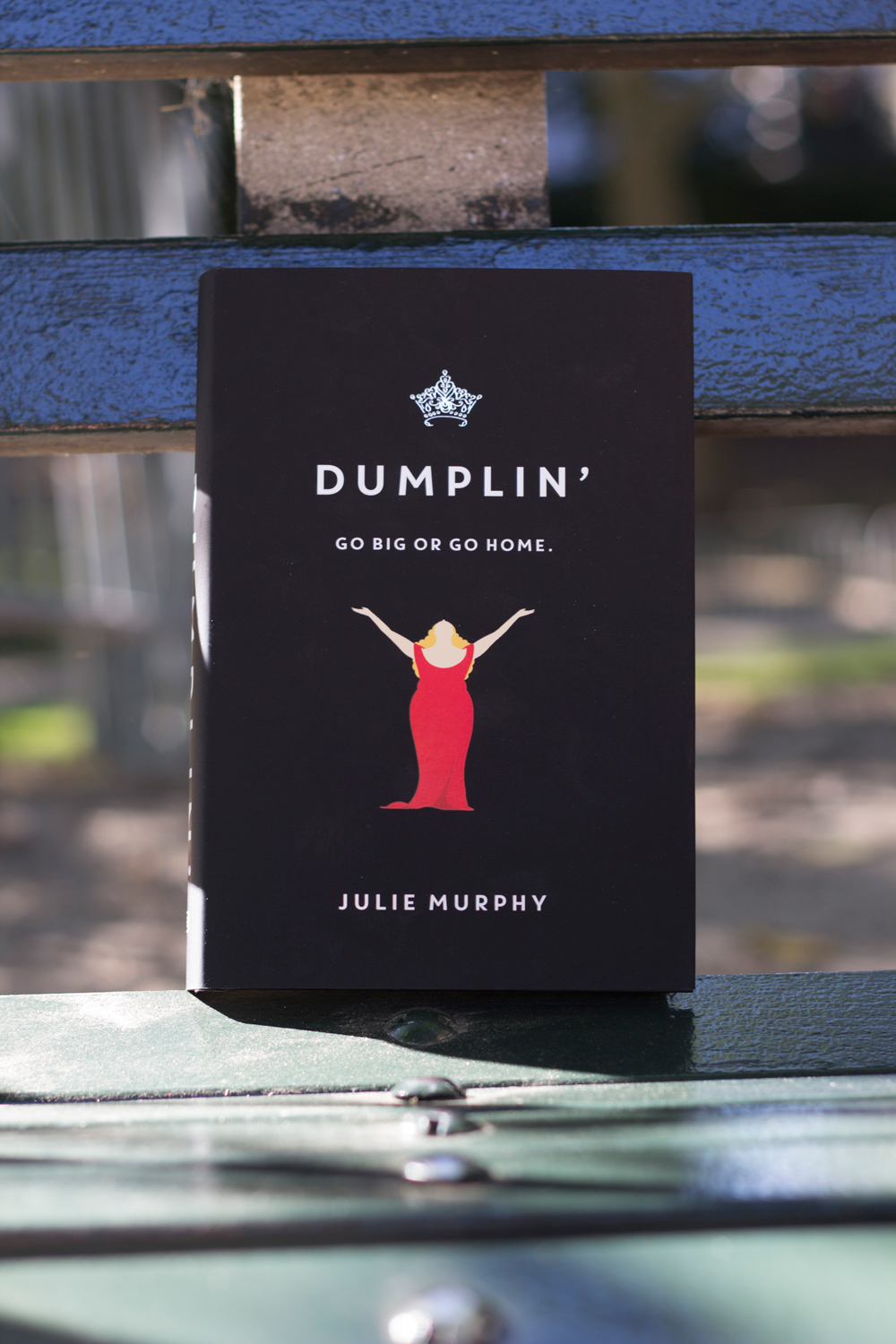 In Clover City, Texas, self-proclaimed fat girl Willowdean Dickson (who goes by Will, or her former beauty queen mother’s nickname for her: Dumplin’) is totally comfortable in her body, despite the aforementioned mother and her willowy best friend Ellen. But after she gets a job at local fast food spot Harpy’s and strikes up a flirtation with handsome jock Bo—and is surprised to learn he likes her back—her self-confidence takes a nose dive. To recover, she ends up putting herself out there in the most unlikely of ways and ends up proving to herself—and everyone else—that you’ve got to go big…or go home.

My Kitchen Year: 136 Recipes That Saved My Life by Ruth Reichl 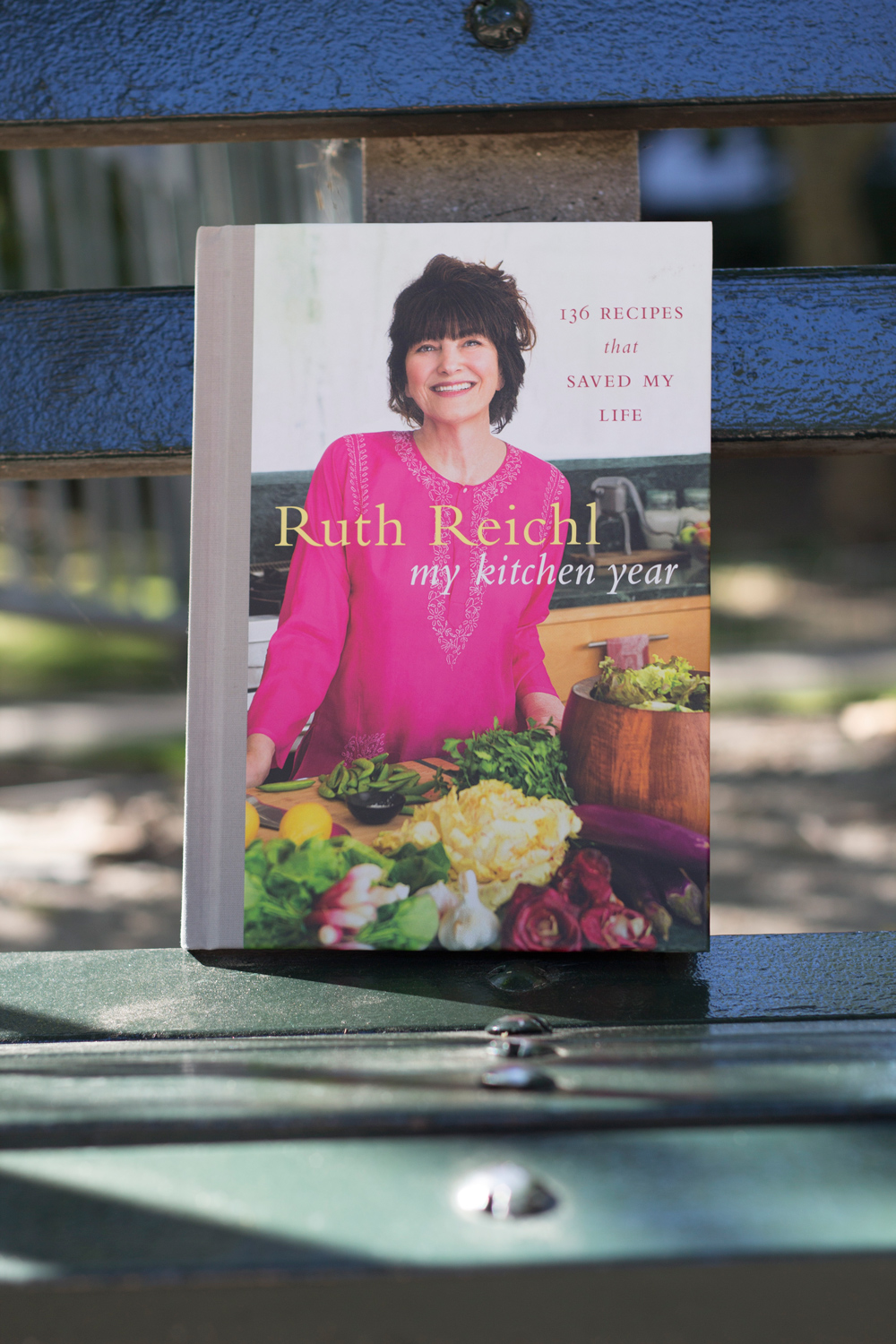 Ruth Reichl, longtime editor of the now-defunct Gourmet magazine, mourned the loss of her storied career by turning to the thing that has always brought her comfort: food. Without the schedule of a 9-to-5, Reichl found time to slowly peruse the farmer’s market and the space to step back into the kitchen again—and really cook. The result is this book, a loving mixture of recipes and memoir, that is conversational and warm and tells honestly of a (delicious) journey out of grief, heartache and despair. And please don’t miss our favorite: instructions for the aptly named sandwich The Diva of Grilled Cheese. 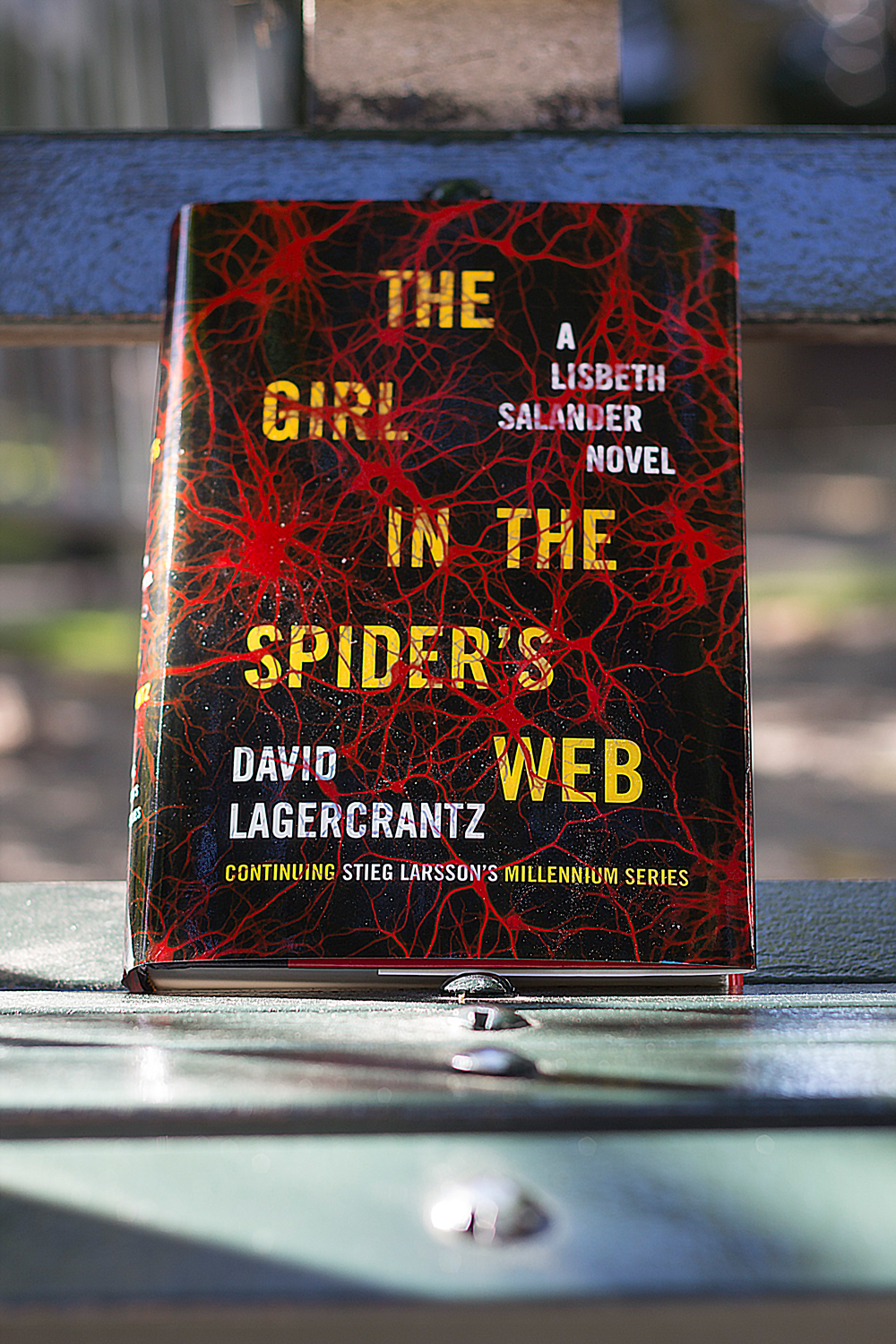 In this long-awaited continuation of The Girl With the Dragon Tattoo series, David Lagercrantz picks up where Stieg Larsson left off, bringing back beloved characters Lisbeth Salander and journalist Mikael Blomkvist. When Blom, desperate for any kind of scoop for Millenium, receives a mysterious call late one night from a source that says they’ve been in contact with a mysterious female hacker, he knows who it is immediately. He and Lisbeth begin to work together to uncover a web of spies and cybercriminals. Read it for all the characters you’ve missed—or just to see if Lagercrantz can keep step with his predecessor. 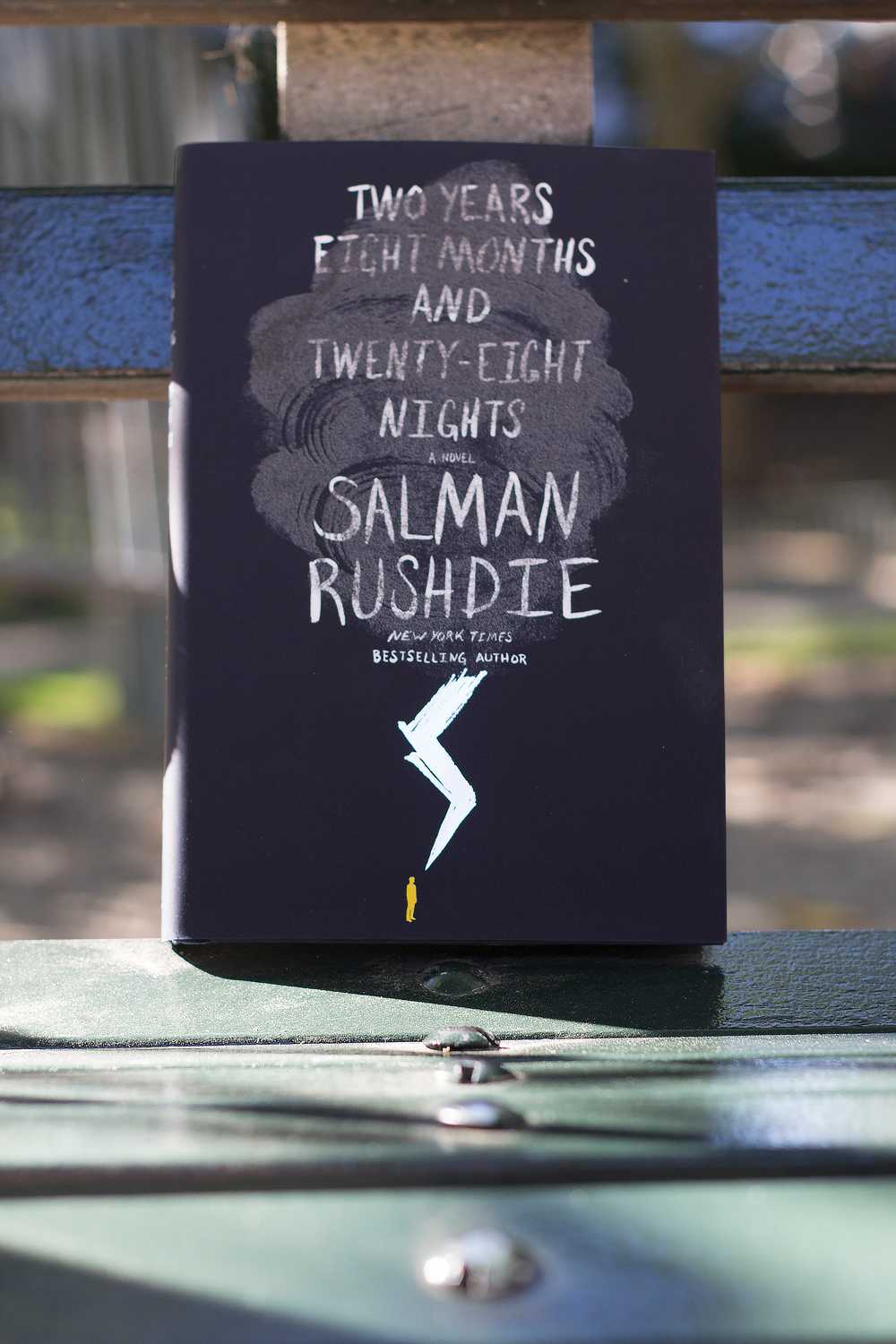 Fans of Tom Perotta’s The Leftovers, Helene Wecker’s The Golem and the Jinni, or especially Scheherazade’s One Thousand and One Tales will love Salman Rushdie’s latest novel, which is a re-telling of sorts of the Arabian Nights tales. After a huge storm washes over New York City, strange things are afoot—and they continue for two years, eight months and twenty-eight nights (it’s not a coincidence that the span of time in the title adds up to 1,001). A man’s feet no longer touch the ground; four thousand lightening strikes hit in one square mile, a baby somehow identifies corrupt people and marks them with unsightly boils. All of the supernatural occurrences are brought about by an otherworldly and precocious jinni, which helps weave the stories together in Rushdie’s novel—a lovely marriage of magical realism and storytelling.