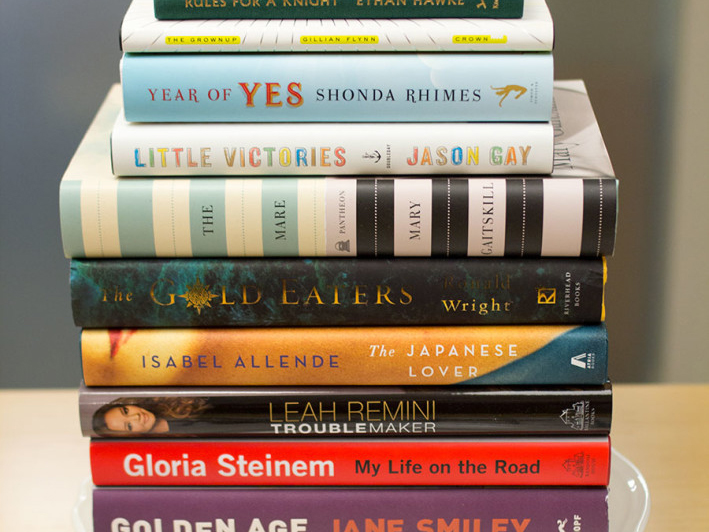 Ahh November—time to savor delectable foods, gather with family and, of course, read. We can’t think of anything else we’d rather do with a few days off than settle in with a delicious new read. But with so many books being published every month, it’s hard to know which titles are worth purchasing from your local bookstore, downloading on your eReader, or waiting for at the library. Read It Forward to the rescue! We’ve collected ten of our favorite books—a healthy mix of fiction, non-fiction and memoir—all of which we devoured in the past month.

So, if you’re stumped about what to read while you’re diving into Thanksgiving leftovers, see the heaping platefuls of books we’ve been loving this month—and click on the images to shop our picks. Then let us know in the comments what you’ve been reading and why you’re enjoying it! 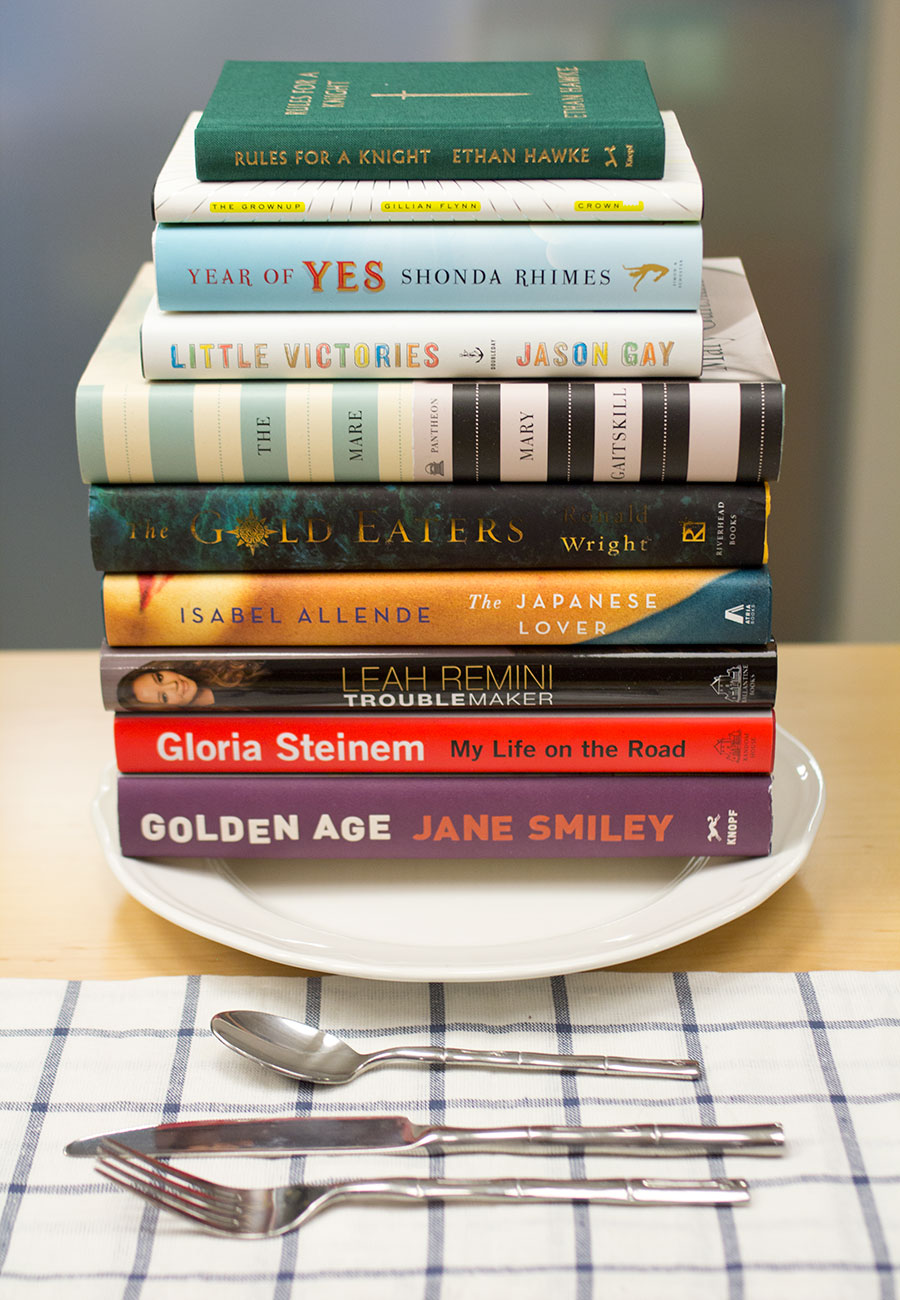 Year of Yes: How to Dance It Out, Stand In the Sun and Be Your Own Person by Shonda Rhimes 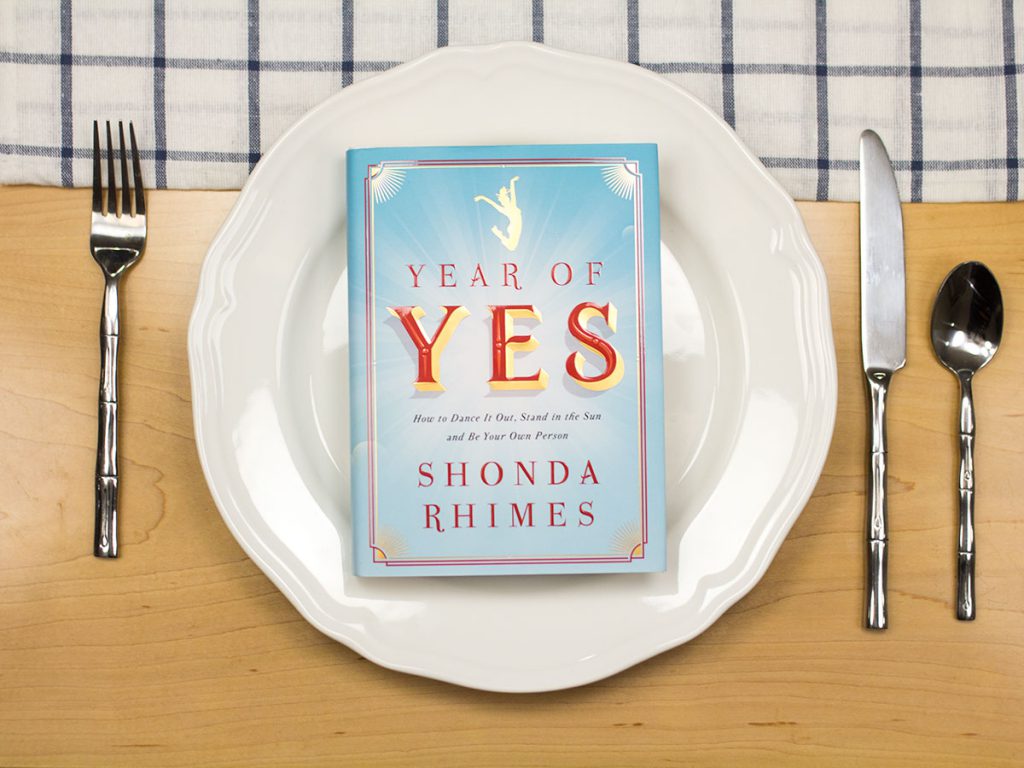 The woman who made TV “must-see” again hasn’t always felt at the top of her game. Even with three hit shows on the air, Rhimes often said no to social invitations, blaming her preoccupation with her weight or her crippling social anxiety. But, after being challenged by her sister to spend a year saying yes to everything, Rhimes has come away having learned a few lessons. She advocates for speaking up for what you believe in, surrounding yourself with positive people, accepting yourself fully—flaws and all—and being honest with yourself. Her funny and compassionate memoir captures her yearlong journey and will inspire you to dance it out, stand in the sun and be your own person as well. (Simon & Schuster) 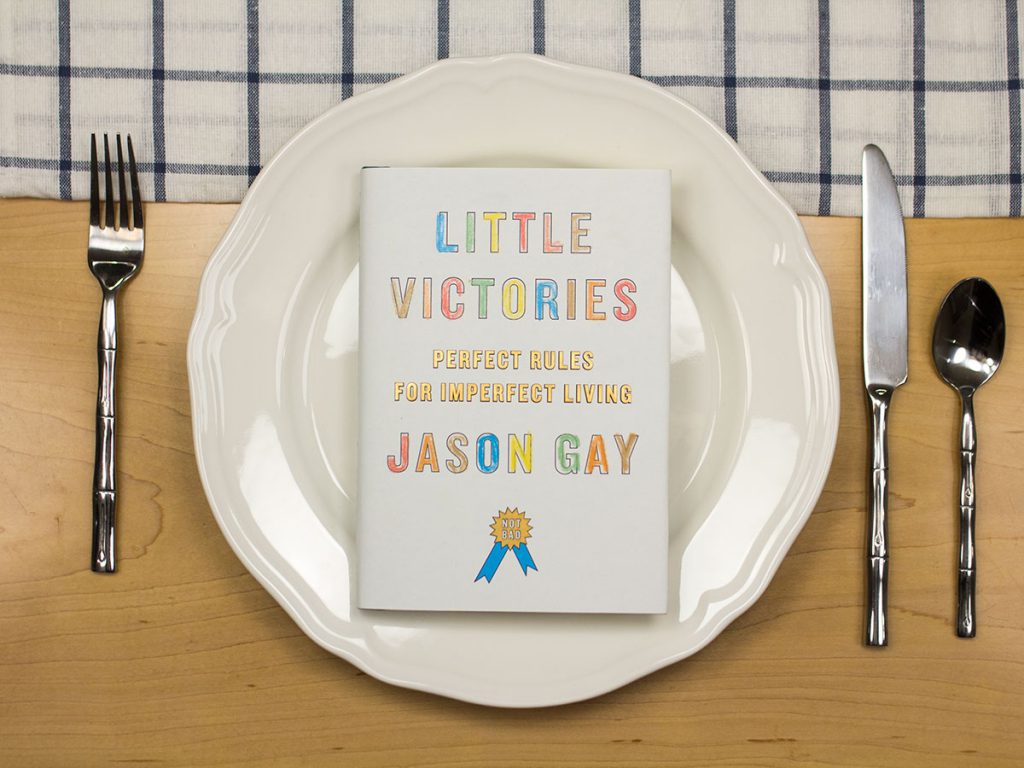 Whereas Shonda Rhimes offers lessons on how to achieve your best self, Wall Street Journal columnist Jason Gay makes no such claims. Little Victories, told in a series of essays written in Gay’s self-deprecating and witty voice, celebrates the mundane (albeit completely satisfying) things in life: listening to Stevie Wonder; time spent not gazing at the screen of a device; the bouncy caffeinated high after a few cups of coffee. To Gay, it’s not the huge accomplishments that make life worth living—it’s the small threads of happiness that often shine the brightest and ought to be elevated right alongside the big stuff. (Doubleday) 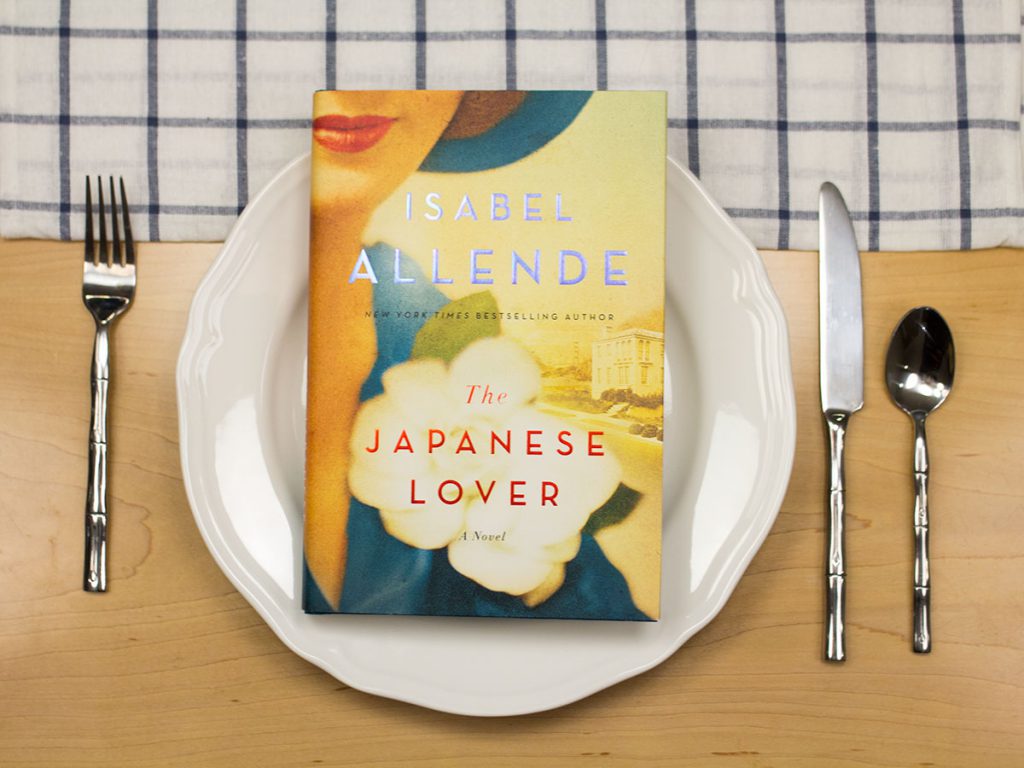 At the outset of World War II, as Poland falls to Nazi rule, Alma Belasco’s parents send her to live in safety with her aunt and uncle in San Francisco. There, she meets Ichimei Fukuda, the sweet and gentle son of the family’s Japanese gardener, and as the rest of the world descends into the madness of war, a quiet love affair begins to bloom between them. After Pearl Harbor, the lovers are torn apart when Ichimei and his family—along with thousands of other Japanese-Americans—are relocated to an internment camp. Alma never breathes a word about her forbidden love to her family and it’s not until many years later, when her caretaker Irina and her grandson Seth recover hidden letters and gifts, that they piece together a love that has lasted for over seventy years, torn apart over the years by political battles, racism and paranoia. This sweeping saga spans generations, carefully folding in the world’s changing history, to create a heart-rending narrative about love and war. (Atria)

The Gold Eaters by Ronald Wright 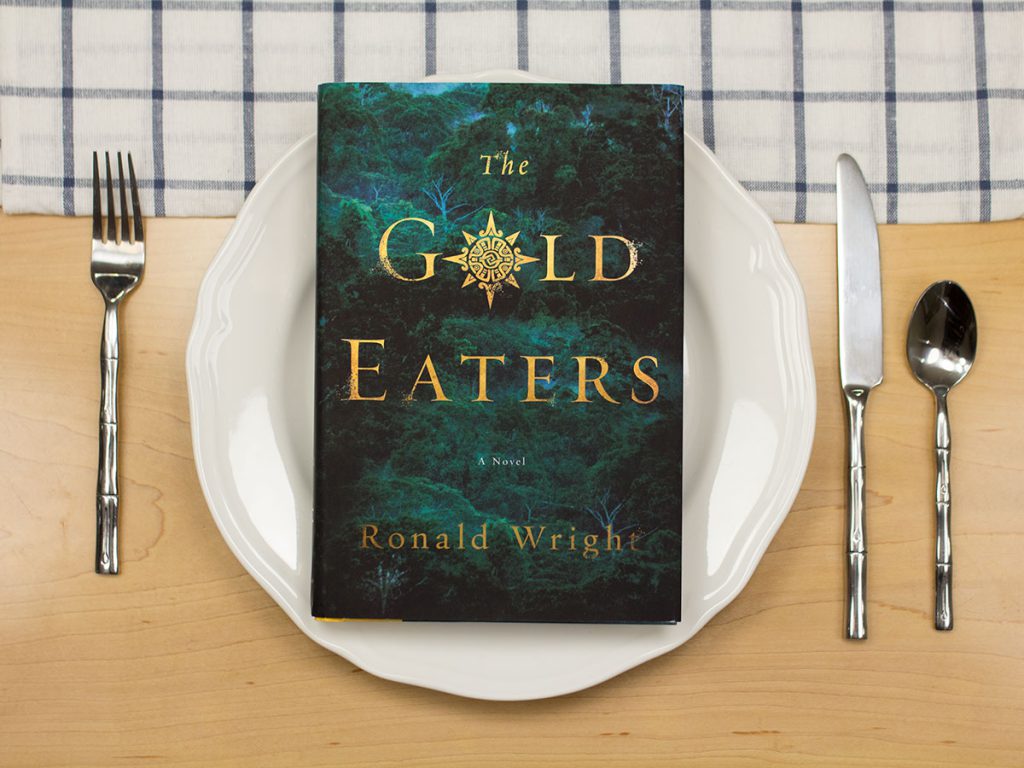 Drawing from real-life historical events, Ronald Wright sets his novel at the height of the Inca Empire of the sixteenth century in what is modern-day Peru. While fishing off the coast, a young native boy is taken hostage by Spaniard conquistadors who have come to pillage the rumored gold stores and claim the land for the Spanish crown. The young boy is forced to act as translator for Francisco Pizarro. Despite his young age, the boy must play a game of political risk and tactics if he ever wants to see his family and the love of his life again. Fast paced and carefully researched, Wright’s novel will dazzle and surprise you. (Riverhead)

The Grownup by Gillian Flynn 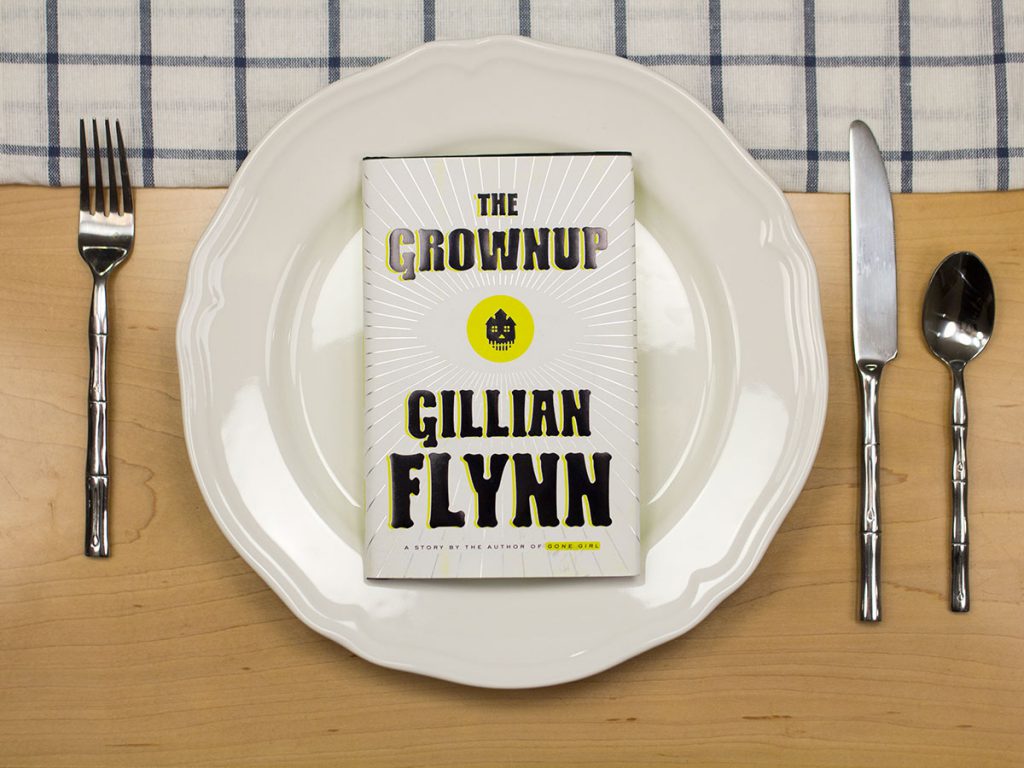 Gillian Flynn, the woman who drove a nation mad with the twist at the end of her bestselling-novel-turned-big-screen-smash, Gone Girl, is back. And, just like you’d hoped, she’s as dark and sinister as ever. Originally written for Rogues, George R.R. Martin’s compendium of short stories, The Grownup tells of a young, unnamed narrator who survives in life by scamming people, and is currently moonlighting as a palm reader. When Susan, a frightened but well-to-do woman comes to her claiming her house is haunted, our protagonist sees a chance to take the woman for a ride. But after visiting the spooky Victorian mansion and meeting Susan’s eerie stepson Miles, it’s patently clear that evil exists. The only question is, in whom? Warning: At only 64 pages, it’s very possible you won’t move a muscle until the book is over. (Crown) 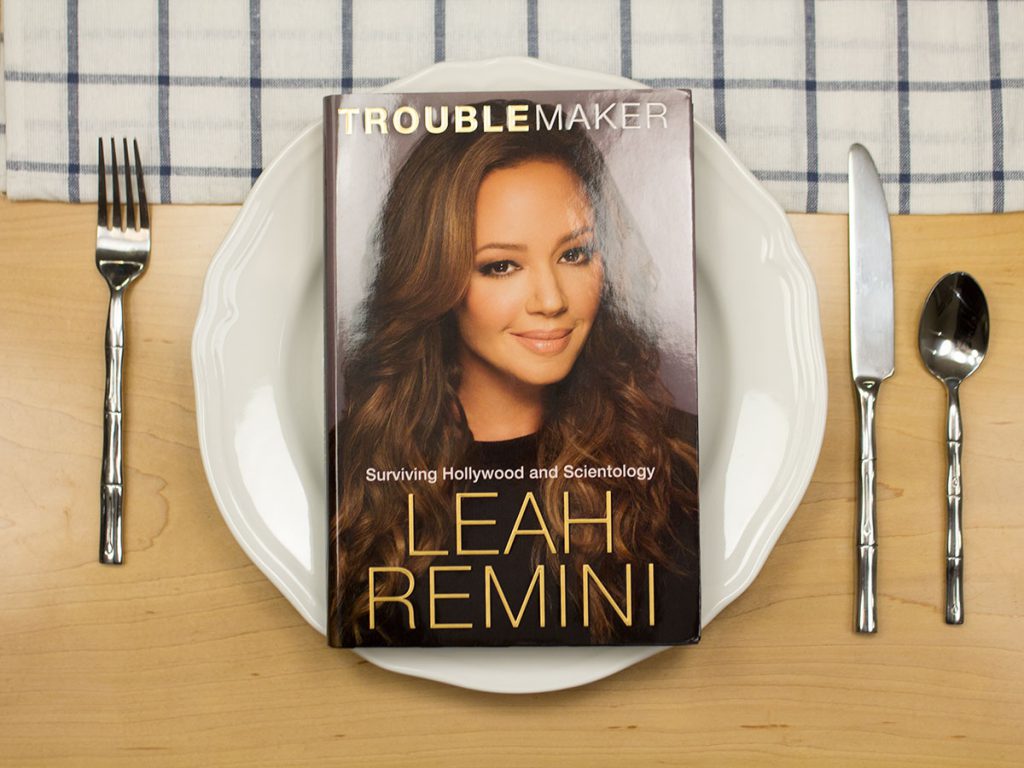 To illustrate just how irresistibly good Leah Remini’s scathing send-up of Scientology is, I’ll tell you this: a Read It Forward co-worker read this in one weekend—and she has a toddler. The loud-mouthed King of Queens actress grew up in Brooklyn and came to the cult-like organization with her mother when she was a girl. She famously broke from the Church of Scientology in 2013 and this memoir reveals the entire backstory behind her departure…and it is juicy. If you’re not done by Monday, you may need to call out sick from work to finish it. (Ballantine)

Rules for a Knight by Ethan Hawke 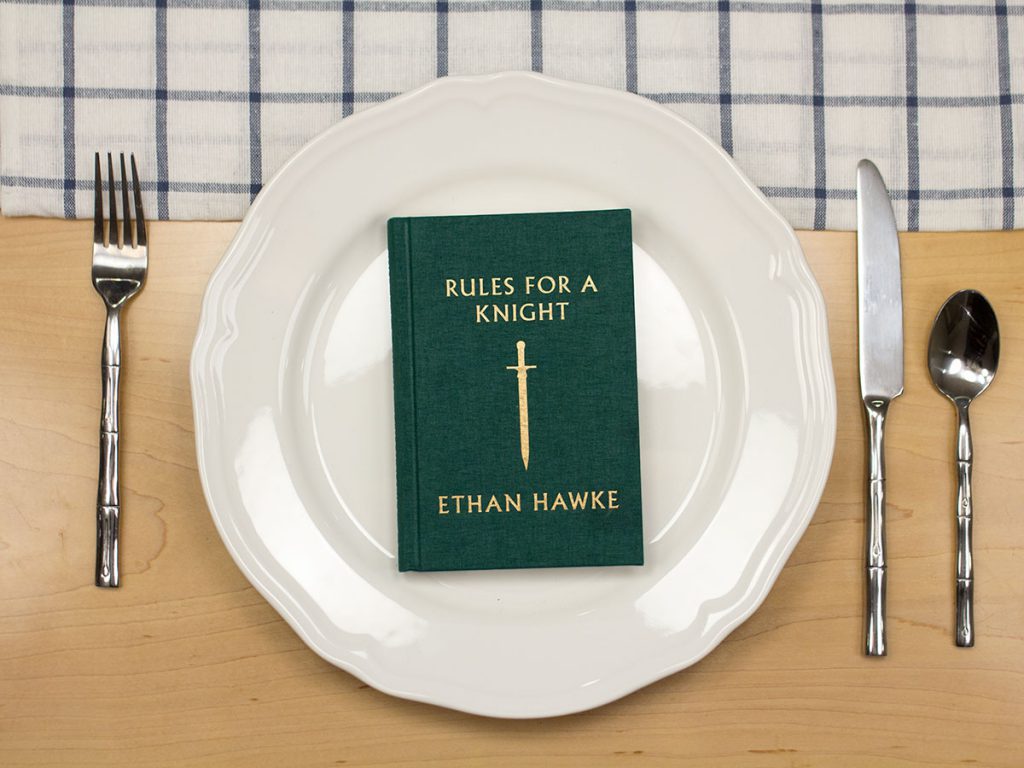 This slim volume, written by Ethan Hawke—yes, the four-time Academy Award nominee Ethan Hawke—tells of a knight preparing to head into battle. Knowing he may not return, he writes a letter to his children telling them everything they’ll need to know about humility, forgiveness, honesty, pride and grace. Drawing from Western and Eastern philosophic teachings, these collected ruminations essentially provide the knight’s children with a road map for navigating life—as well as the rest of us. (Knopf)

The Mare by Mary Gaitskill 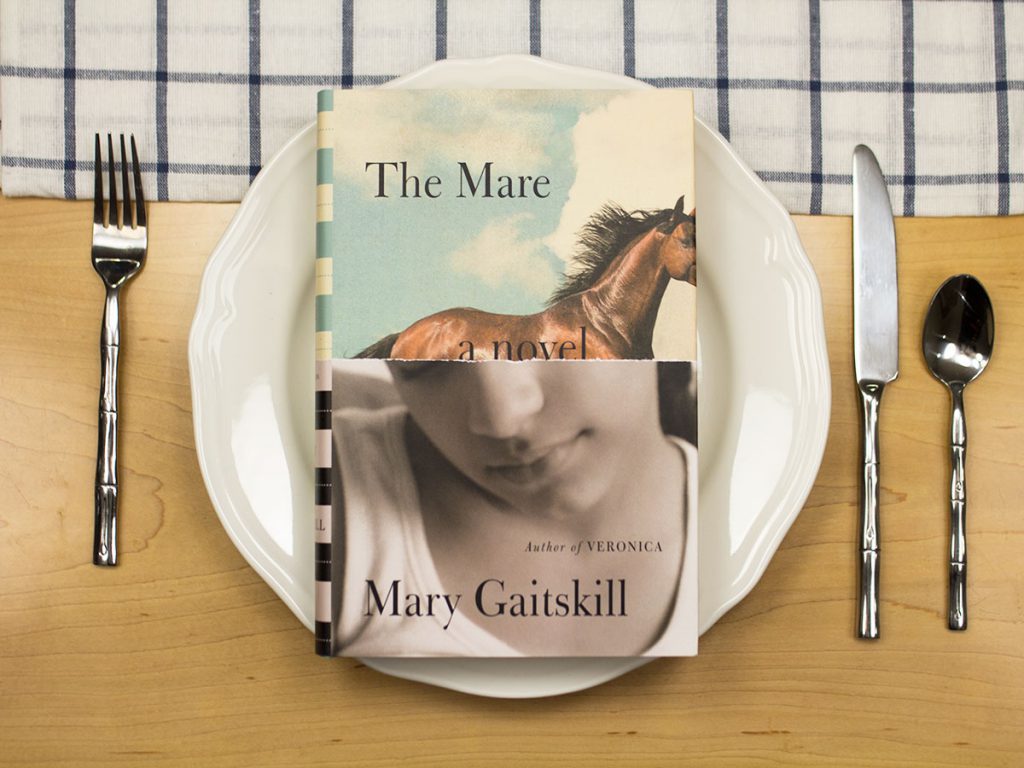 Velveteen Vargas is eleven years old when she first leaves Brooklyn and her verbally abusive mother for upstate New York as part of the Fresh Air Fund. Her hosts Ginger, a failed artist and recovering alcoholic, and Paul, a college professor, are thinking about adopting a child and hope that opening the doors of their home for a few weeks will make a difference in the inner city Dominican girl’s life—and give them a “kid test drive” in the process. The opportunity does change them all; most tangibly, Velvet, who spends time at the horse stables down the road, falling in love with riding and a formerly mistreated mare, aptly named Fugly Girl. Gaitskill’s powerful story of redemption is told through the voices of Ginger and Velvet, effortlessly jumping through time, reflecting on the things that happened in each of their lives, that end up bringing these two women from different worlds together. (Pantheon) 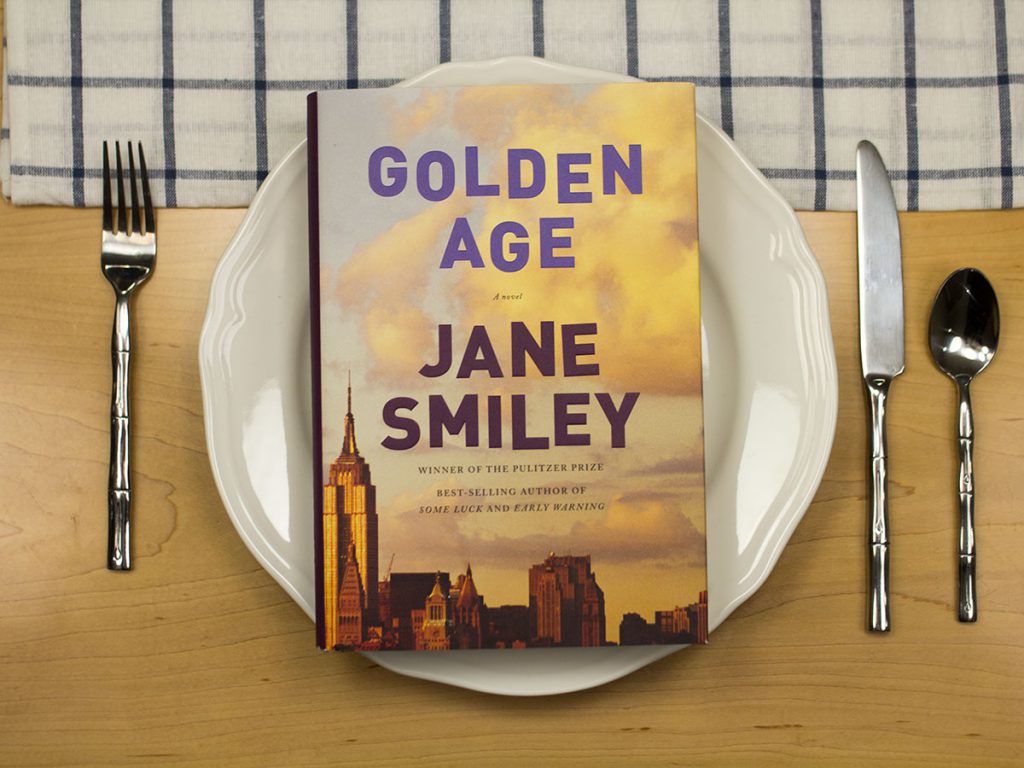 The Pulitzer Prize-winning author of A Hundred Acres finally delivers the long-awaited final installment of The Last Hundred Days trilogy. The saga of the Langdon family opens in 1987 and takes readers into the 21st century; twin brothers Michael and Ritchie are working in the cutthroat worlds of finance and politics; Guthrie, poised to take over the family farm, is instead deployed to Iraq, leaving the responsibility to his sister Felicity, who must deal with the ways that climate change is affecting their once-rich soil. Smiley’s trilogy, spanning decades, as well as cultural and historical upheaval, will be cemented as an important part on the American canon of literature. (Knopf)

My Life on the Road by Gloria Steinem 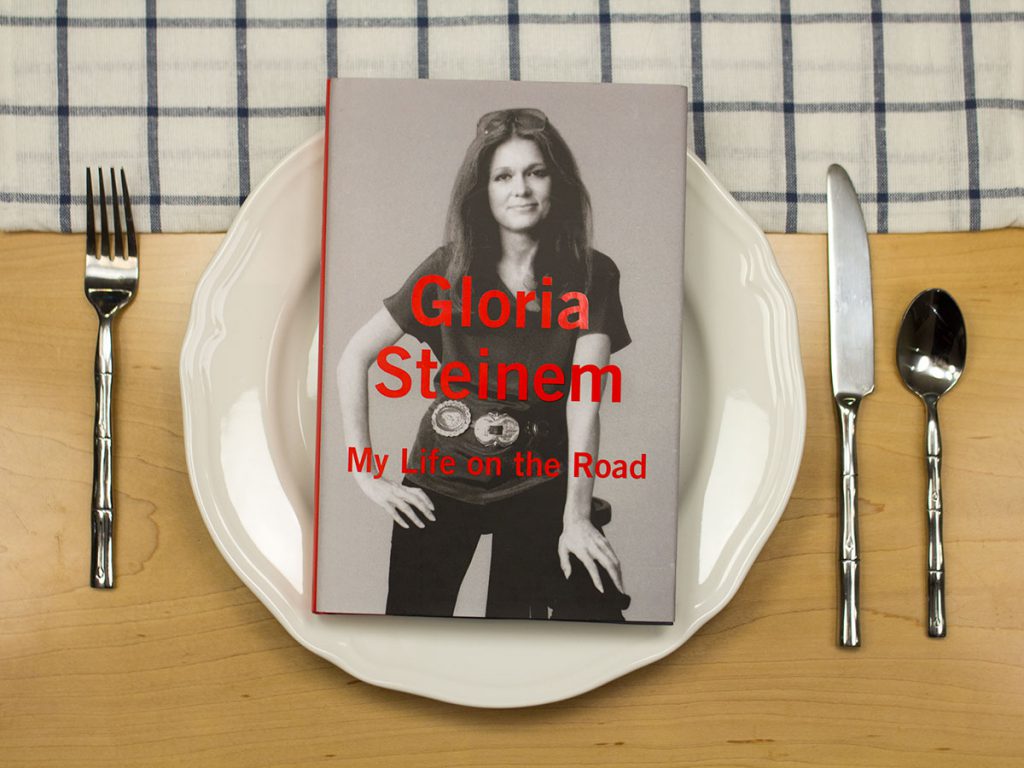 She is the woman who paved the way for gender equality, but the way she explains how she got there in her memoir My Life on the Road is surprising. Gloria Steinem led a fairly itinerant childhood; her father would pack the car and move his family suddenly, looking for better opportunities, better luck. This planted the seeds of travel within her, and over the years, her travel—its unpredictability, the chance to speak with different people, to soak in new cultures—was one of the driving forces behind her social activism. Steinem’s voice is awe-inspiring, down-to-earth and very real. We promise, after a few chapters of being inspired by Steinem’s journeys, you’ll want to hit the road and see where life takes you. (Random House)