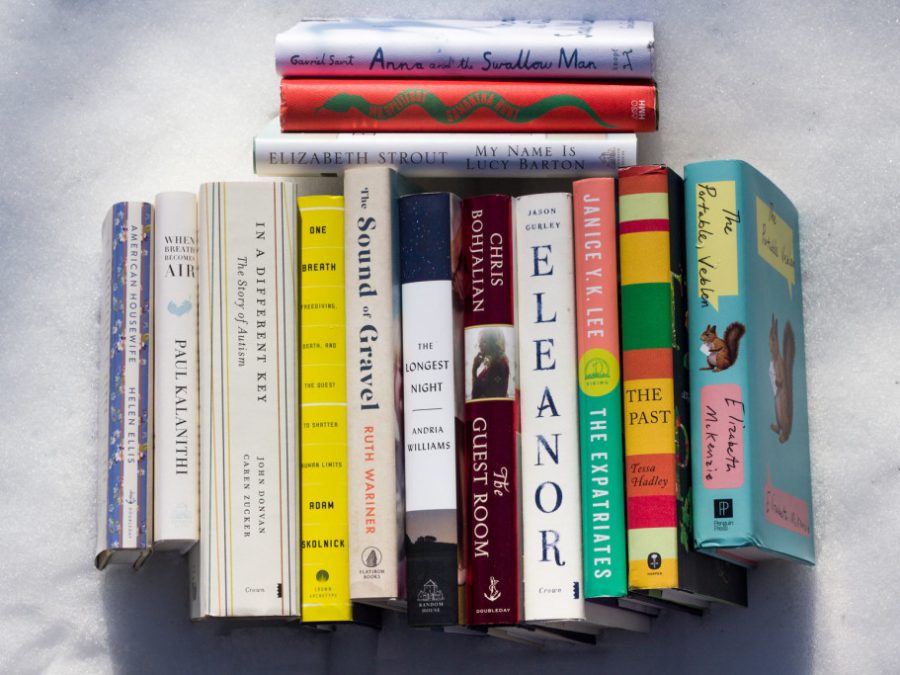 Here on the East Coast, we’re still recovering from the near-thirty inches of snow we received last week (thanks Jonas!), but you won’t hear us complaining. We loved spending our wintry weekend hunkered down with our noses in a good book. Here are the fourteen books we’ve been loving this month. Click on the images to shop our picks, then let us know in the comments what you’ve been reading!

The Longest Night by Andria Williams 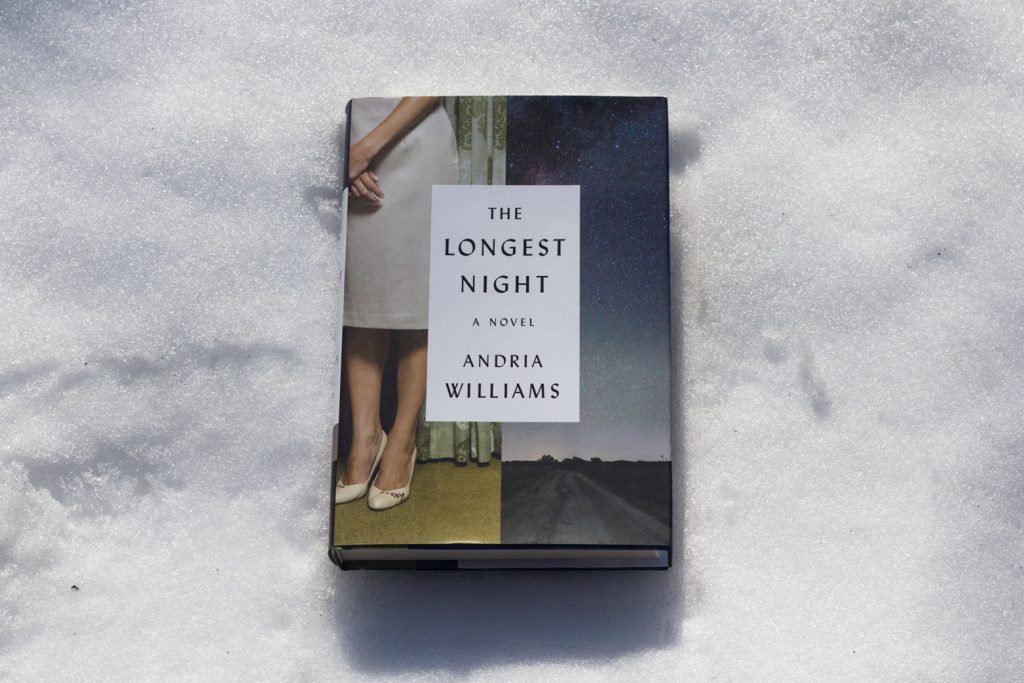 Like a blend of Army Wives and Revolutionary Road, Andria Williams’ debut novel is set in the late 50s and early 60s, against the backdrop of the rampant suspicion and unease during the Cold War era in the United States. Paul and Nat, married with two young daughters, relocate to an army base in Idaho Falls for Paul’s new job at a nuclear reactor. From the get-go, there is trouble; Nat feels isolated in the remote military town and there is danger at the reactor, which Paul is instructed to ignore. This story, inspired by the true events of the first nuclear accident in the U.S., is not only about a slice of American history—it’s a portrait of a marriage, and a town. (Random House)

The Sound of Gravel by Ruth Wariner 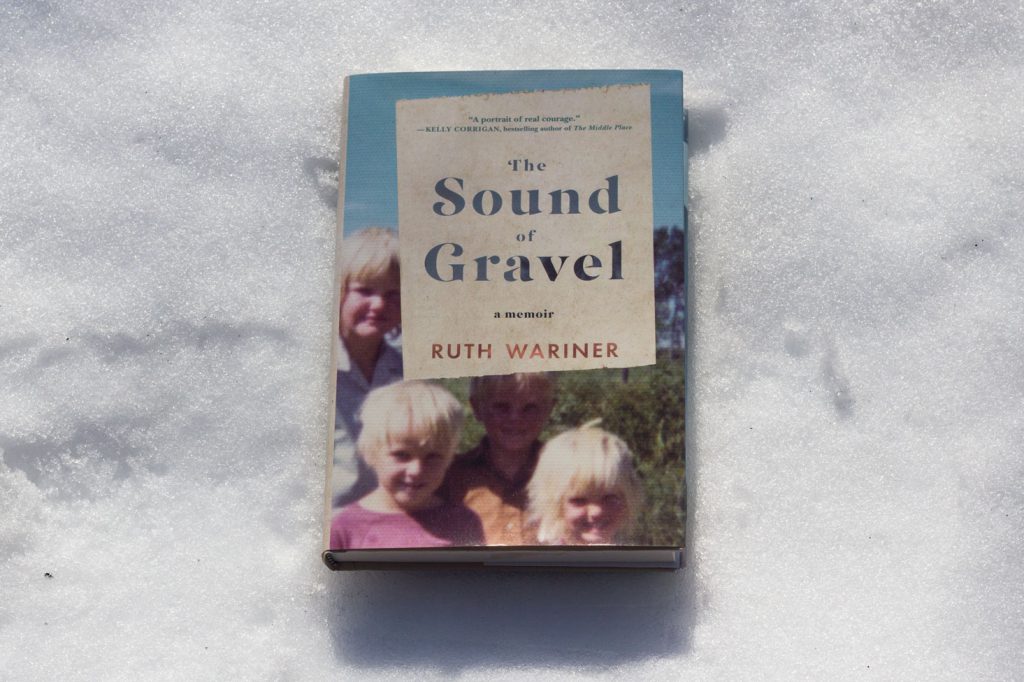 In her widely acclaimed memoir The Sound of Gravel, Ruth Wariner reveals what it was like to be raised in a polygamist community in Mexico, the thirty-ninth child of her father’s forty-four. Told through the perspective of a child, Wariner reflects on the religious community and her eventual escape from its shackles. Engrossing, moving and wrenching in equal parts, you won’t be able to put it down. (Flatiron)

In a Different Key: The Story of Autism by John Donvan and Caren Zucker 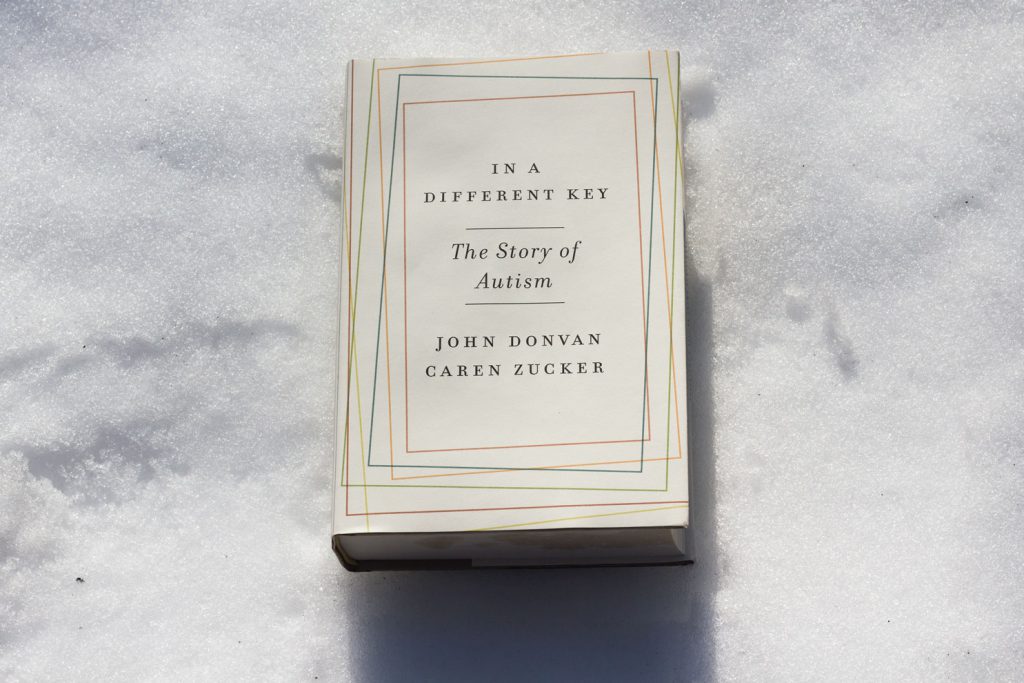 ABC News Correspondents and Producers John Donvan and Caren Zucker each have personal connections to autism: Zucker’s son is on the spectrum, as is Donvan’s brother-in-law. The co-authors’ history of the disease begins by looking at the first boy ever diagnosed in the 1930s, the varying treatments over the years (including electro-shock therapy and being institutionalized), as well as the social stigmas that have saddled those who battle autism. The result is an in-depth and well-researched look at the evolving way we have come to think about autism and it argues for even further inclusion and acceptance. (Crown) 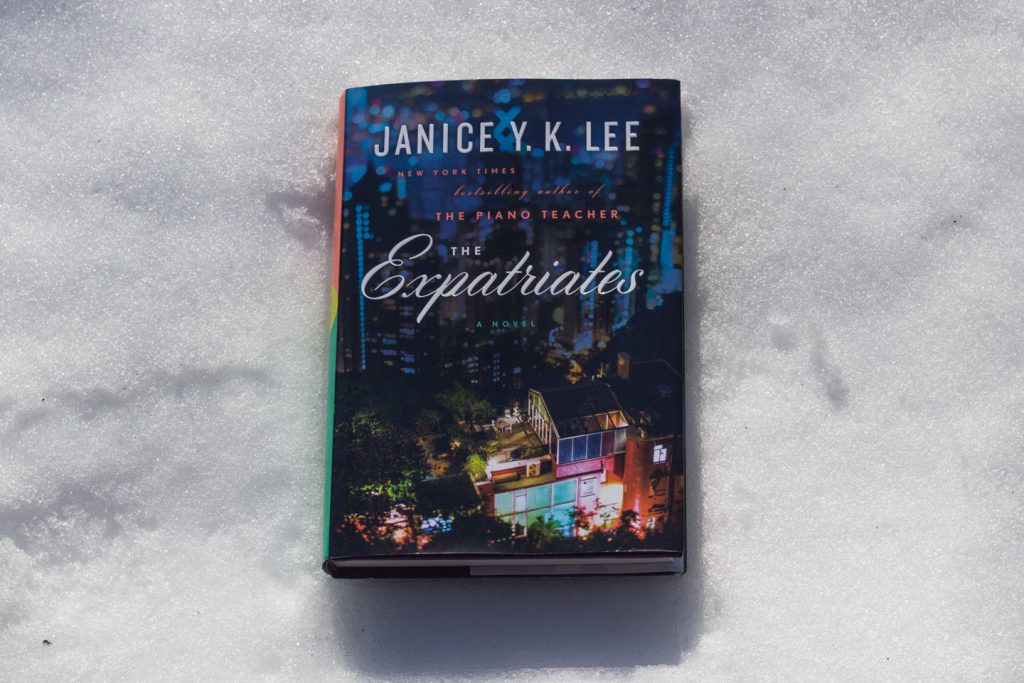 In her long-awaited second novel, the author of bestseller The Piano Teacher explores the interior lives of three vastly different American women all living together in the same expat community in Hong Kong. Mercy is a young, recent college grad who feels lost and directionless; Hilary, a well-off wife who longs to be a mother and Margaret, a mother of three, who is tethered to grief from her past. Told in alternating narratives from the perspective of each woman, Lee’s story confronts swirling cultural and class differences of being an American abroad in a witty way. (Viking) 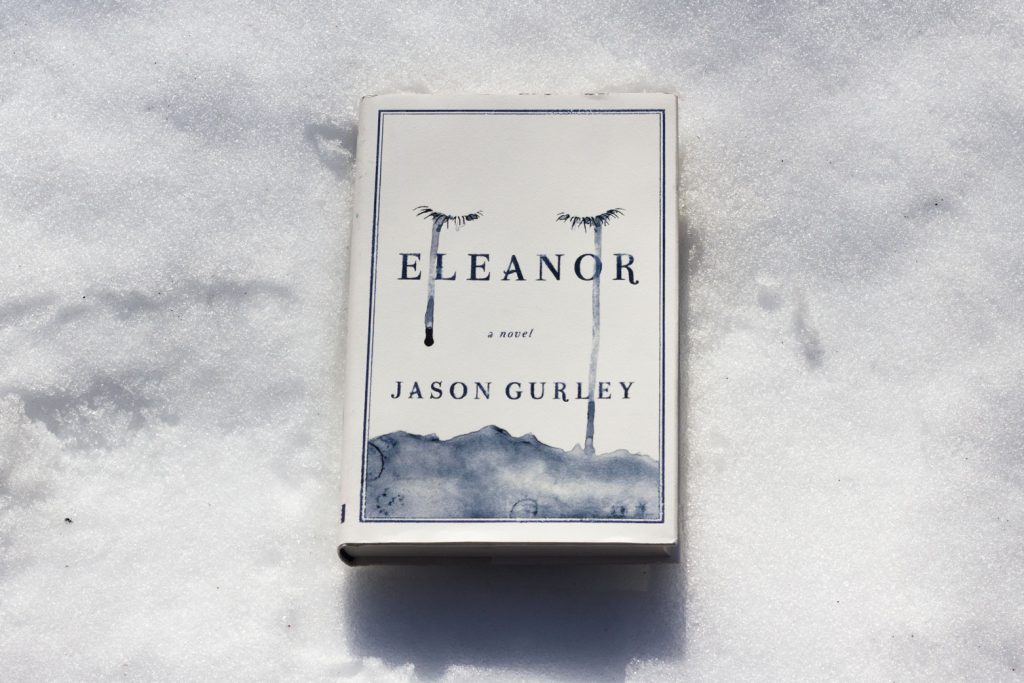 Eleanor’s family tree is rooted in tragedy. When a terrible car accident claims the life of Eleanor’s twin sister Esmerelda, it looks as though the family curse is still upon them. Eleanor’s mother turns to booze, her father leaves and it lands on her teenage shoulders to make sense of the burden of grief and to somehow rescue her family from its clutches—the secret of which is revealed when Eleanor is accidentally ripped from her own world into another. By weaving magical realism and time travel into his heart-rending plot line, Gurley’s novel will be a favorite of Neil Gaiman fans everywhere. (Crown)

The Guest Room by Chris Bohjalian 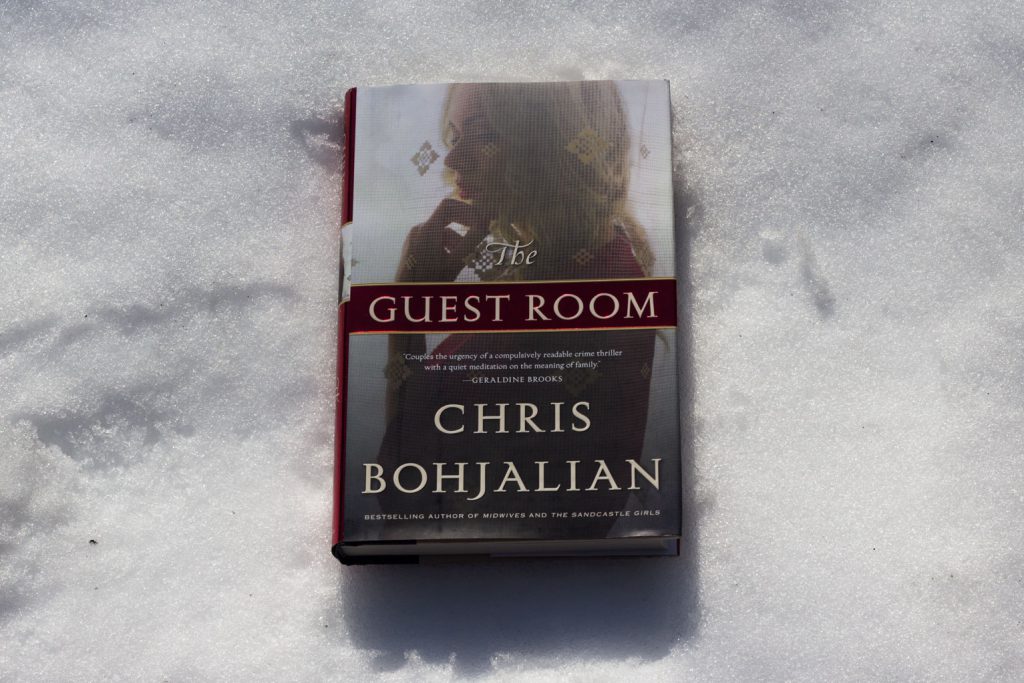 It was just supposed to be a fun bachelor party for his brother—at least that’s what Richard begins his evening thinking. But once the hired entertainment arrives at his Westchester home, the night devolves into something much darker—and two men are left dead at the end of it. Richard and his wife Kristin are wrapped up in all of the consequences that emerge from the fateful evening, but no one is in graver danger than Alexandra, the dark-haired dancer running for her life. (Doubleday)

The Past by Tessa Hadley 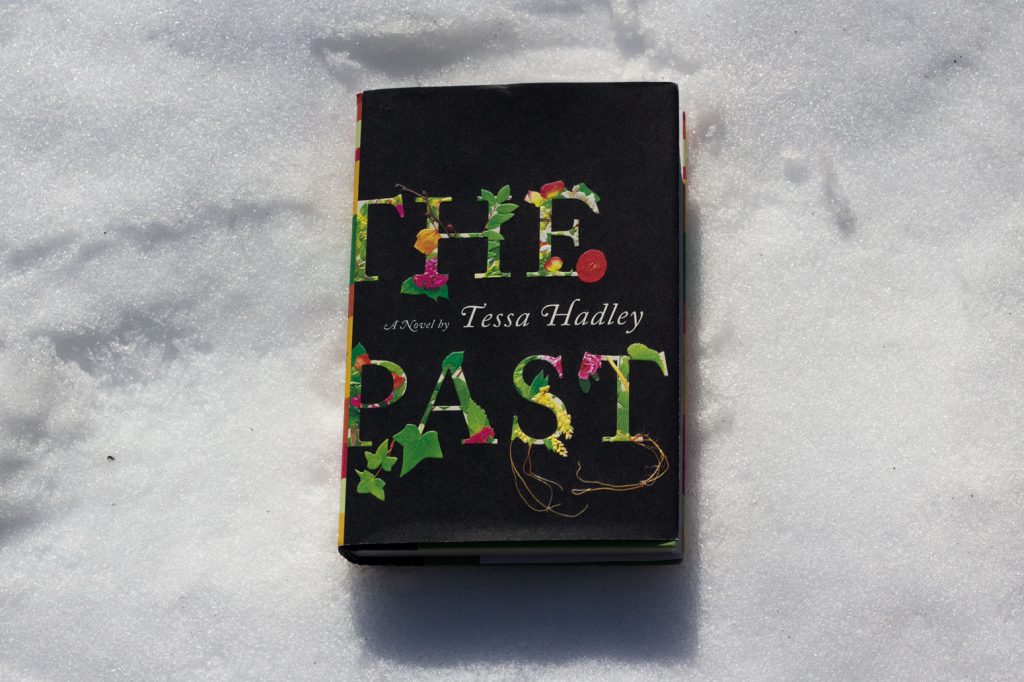 Anyone who has ever spent an extended summer vacation with their wacky family will appreciate Hadley’s take on what happens when you’re held captive with other members of your gene pool. Before they sell their grandfather’s crumbling manor house, three middle-aged sisters and a brother return to the English countryside home for three weeks with their various children in tow. As the story vacillates between “The Present,” “The Past” and back again, simmering tensions erupt, passions bubble over and children are scarred for life in this delightful British family drama that proves that the past is hard to escape. (HarperCollins)

My Name is Lucy Barton by Elizabeth Strout 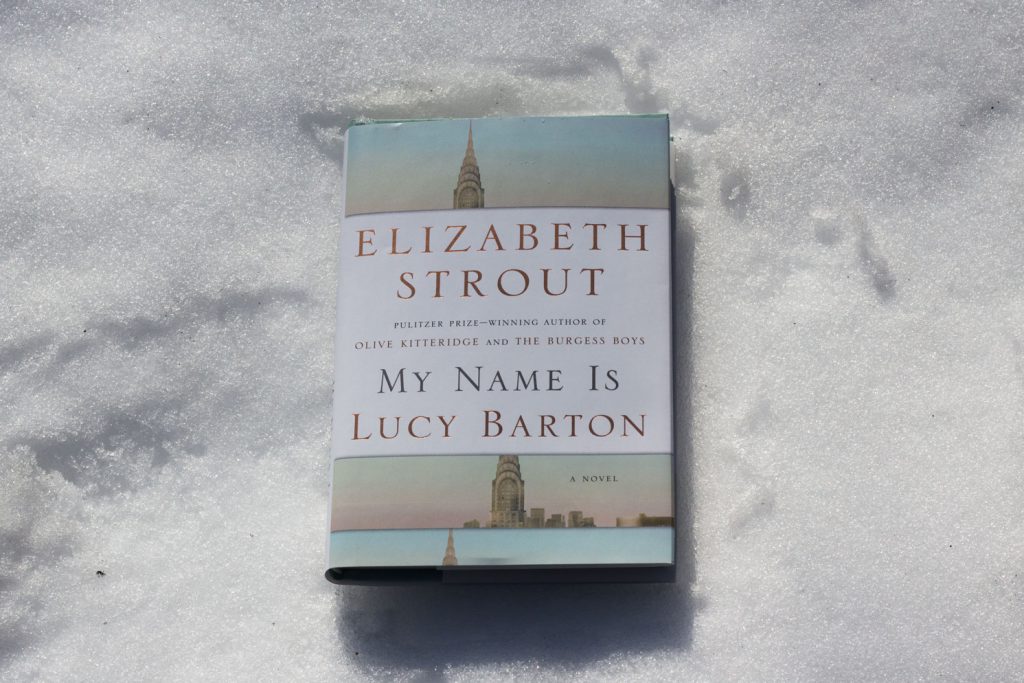 The Pulitzer-prize-winning author behind such bestselling novels as Olive Kitteridge and The Burgess Boys is adept at mining the tender depths of human relationships. In her latest, she illuminates the interior of a strained relationship between a daughter and her mother, as the daughter lies in her hospital bed recovering from surgery, her estranged mother keeping vigil next to the bedside. The conversations that ensue between them uncover long-buried feelings of sorrow and regret, but ultimately ignite Lucy’s recovery and healing. (Random House) 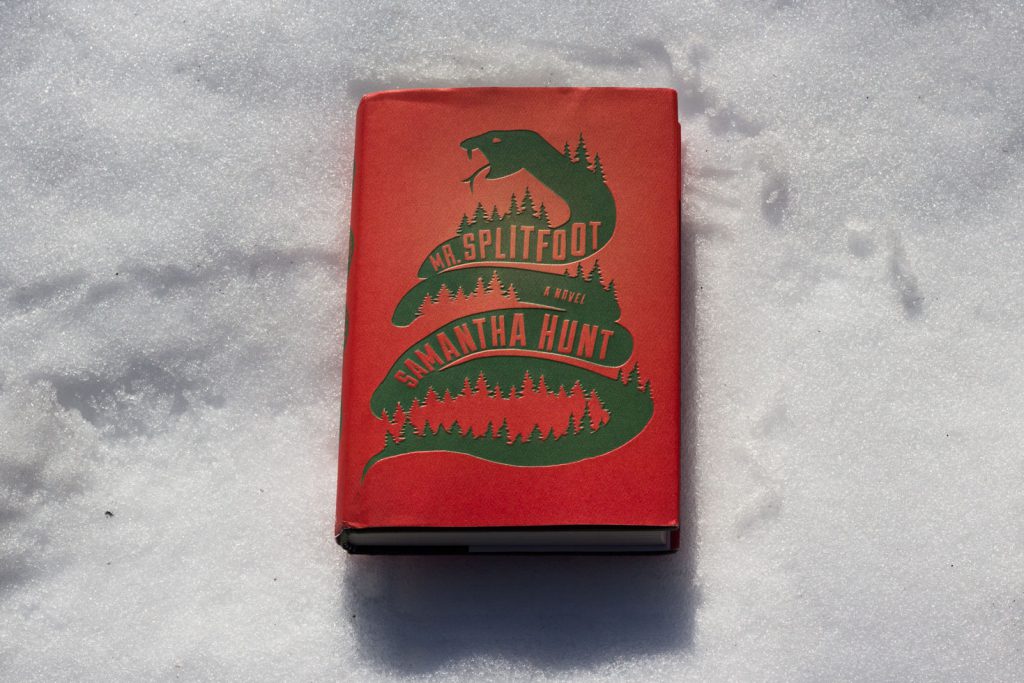 Orphans who can talk to spirits; a foster home steeped in creepy religion; an aunt and her niece on an odyssey of sorts; a nun on the run. All of these threads become intertwined in this spooky gothic ghost story that straddles the natural world and the supernatural. (Houghton Mifflin Harcourt)

Anna and the Swallow Man by Gavriel Savit 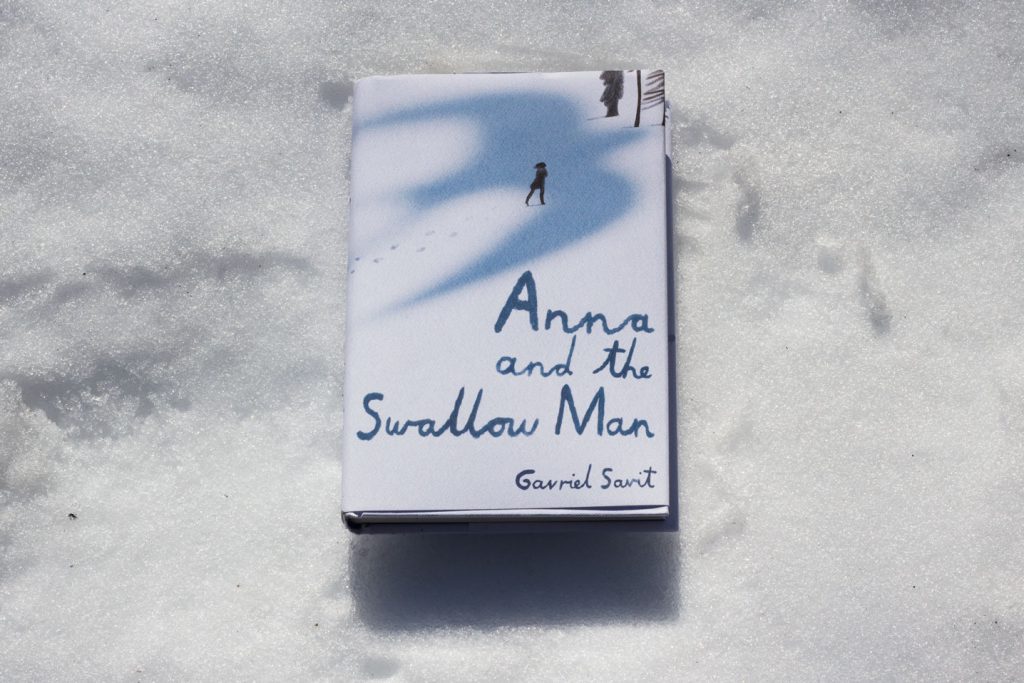 Fans of The Book Thief or Anthony Marra’s A Constellation of Vital Phenomena will love Gavriel Savit’s debut novel, which, while YA, appeals to readers of all ages. Set in Poland during the German Occupation of World War II, seven-year-old Anna soon realizes her father isn’t returning after a meeting with the Gestapo. Like a chameleon with a skill for survival, she takes to the streets and begins following a man with a doctor’s bag she knows only as Swallow Man, who eventually takes her under his wing. This story of unexpected friendship sings in its allegorical references to the power of language and readers will cheer for Anna to thrive, despite the dark atrocities all around her. (Knopf)

The Portable Veblen by Elizabeth McKenzie 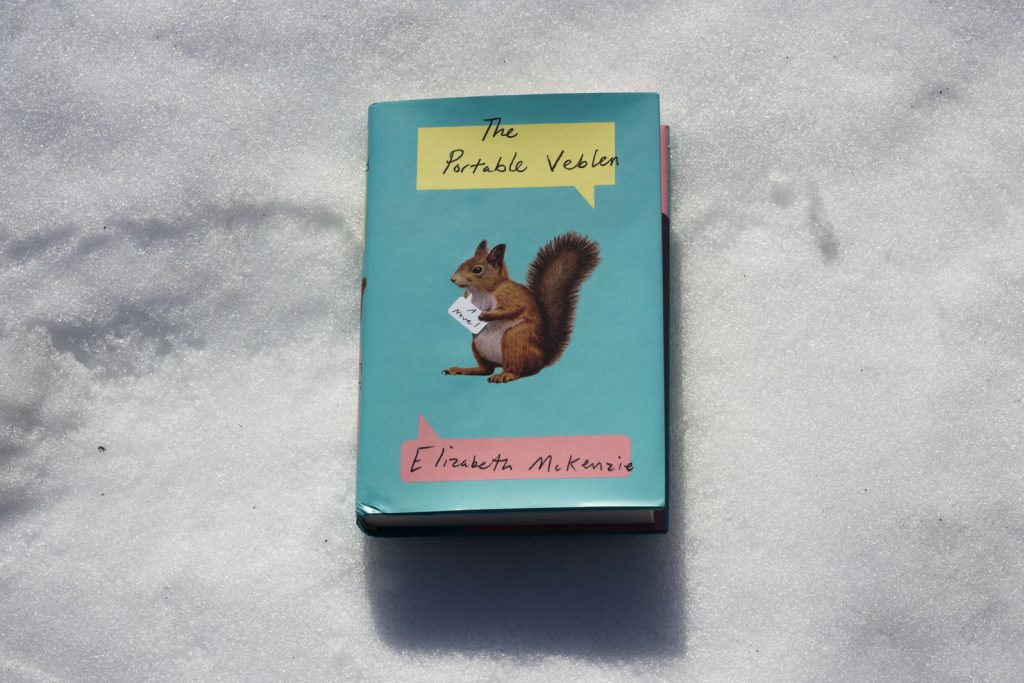 I’ll admit, I first picked this book up because of the adorable squirrel on the cover, but McKenzie’s novel filled the void in my heart that was left after finishing Fates and Furies. Told in a scathingly hysterical voice that skewers pop culture and dysfunctional families everywhere, this view of the interior of a marriage is lip-smackingly satisfying. And readers won’t soon forget the fabulous heroine that is Veblen, I promise. (Penguin Press) 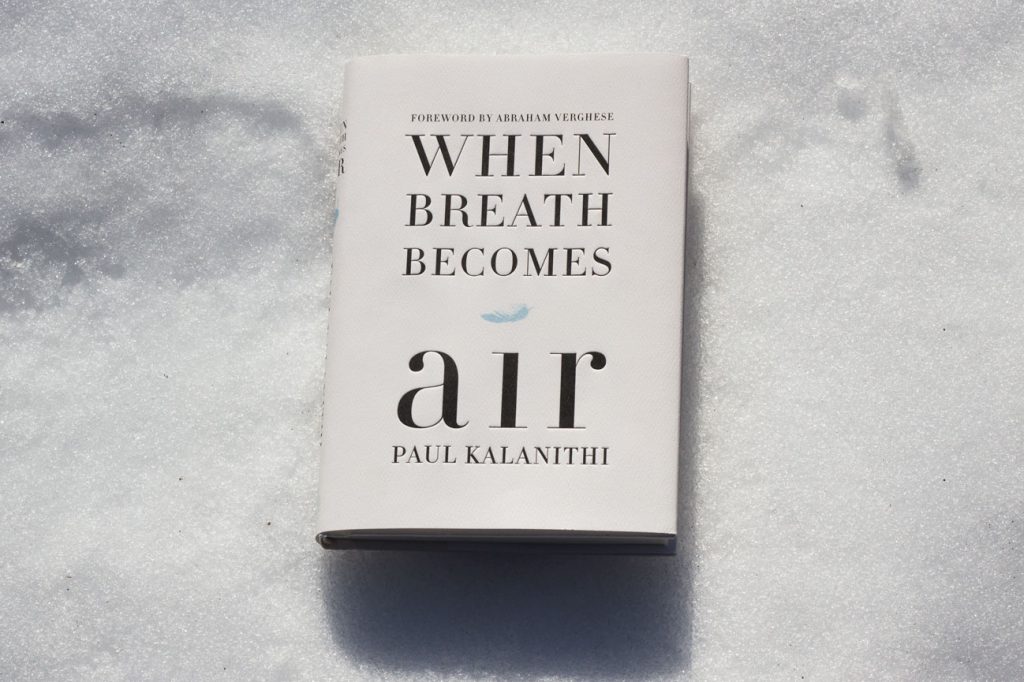 Paul Kalanithi was nearing the end of his training to become a neurosurgeon when he was diagnosed with Stage IV lung cancer, entirely out of the blue, transforming him almost instantly from doctor to patient at the tender age of thirty-six. In this memoir, Kalanithi grapples with his own mortality while taking stock of what it means to have a life well lived. Though Kalanithi died in March of 2015, while working on this book, these words are his lasting legacy and a reminder to all of us to be present in the moment, every day. (Random House) 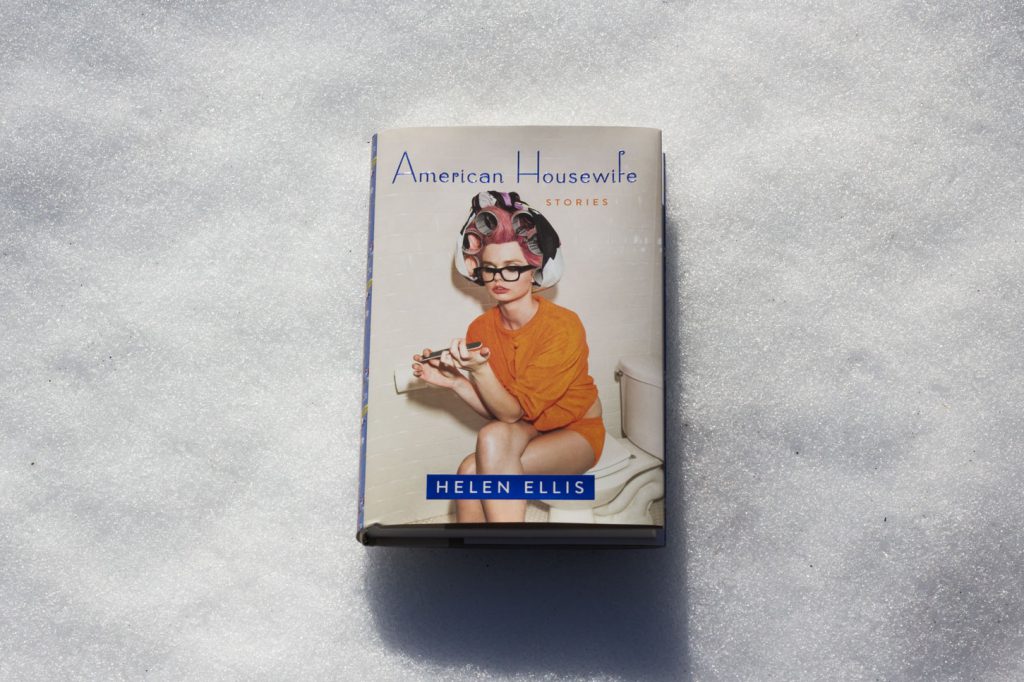 Helen Ellis’ collection of twelve short stories about naughty housewives will have you laughing until tears stream down your cheeks. These pearl-clad, well-coiffed wives make Betty Draper look like an absolute saint—and these wickedly delicious and darkly comedic tales, which touch on everything from book club participants to wainscoting wars, go down as easily as a glass of chilled Pinot Grigio. (Doubleday)

One Breath: Freediving, Death, and the Quest to Shatter Human Limits by Adam Skolnick 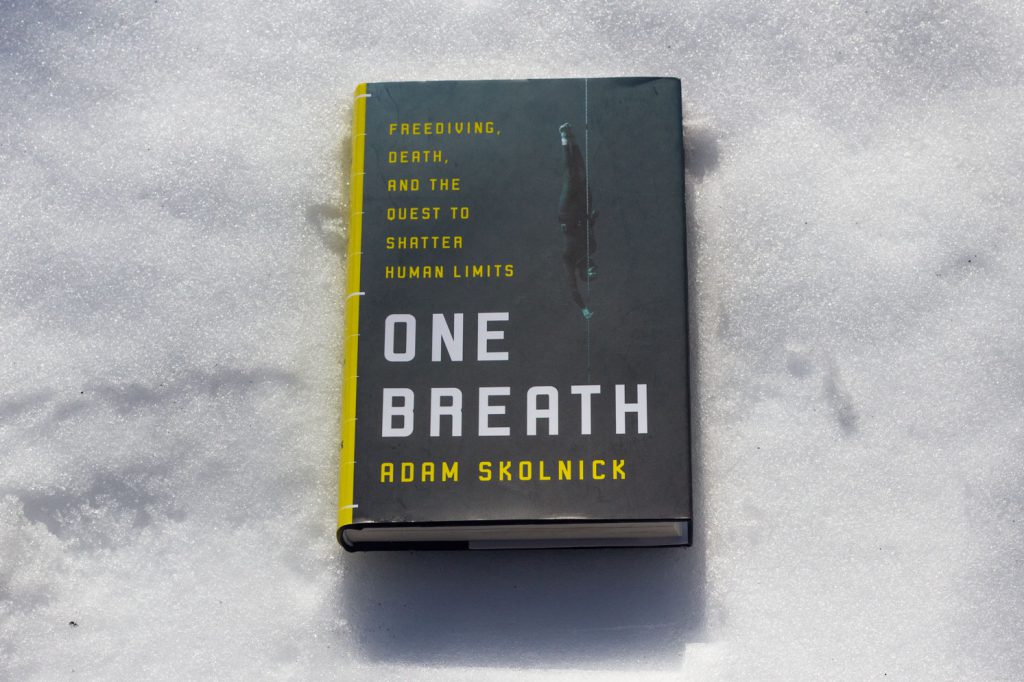 One of the joys of reading nonfiction is immersing yourself in a totally new world and learning about something you may never otherwise come into contact with—in this case, the daredevil sport of competitive freediving, or diving as deep as possible on a single breath. Author Adam Skolnick reveals this insular world to outsiders, particularly shining a light on Nick Mevoli, one of the sport’s most promising stars, who reached an untimely death during a competition in 2013. (Crown Archetype)