Enter to Win the Lady Sherlock Series by Sherry Thomas! 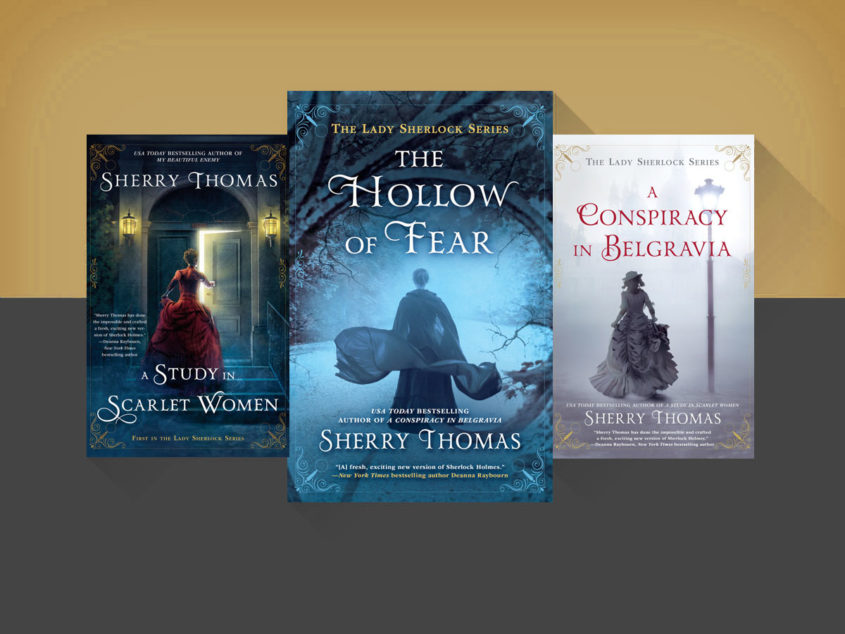 Enter to Win the Lady Sherlock Series by Sherry Thomas!

A Study In Scarlet Women — Charlotte Holmes has never felt comfortable with the demureness expected of the fairer sex in upper class society. But she never thought that she would become a social outcast, fending for herself on the mean streets of London. When the city is struck by a trio of unexpected deaths and suspicion falls on her sister and her father, Charlotte, under the name “Sherlock Holmes,” is desperate to find the true culprits and clear the family name.

A Conspiracy in Belgravia — As “Sherlock Holmes, consulting detective,” aided by the capable Mrs. Watson, Charlotte has had great success helping with all manner of inquiries. When Lady Ingram, wife of Charlotte’s dear friend and benefactor, wants Sherlock Holmes to find her first love, the case becomes personal for Charlotte as the missing man is none other than Myron Finch, her illegitimate half brother.

The Hollow of Fear — First, Charlotte’s half brother disappears. Then, the estranged wife of an old friend of Charlotte’s turns up dead on his estate and Charlotte goes undercover to seek out the truth.