Enter to Win a Box of New Fiction by Women! 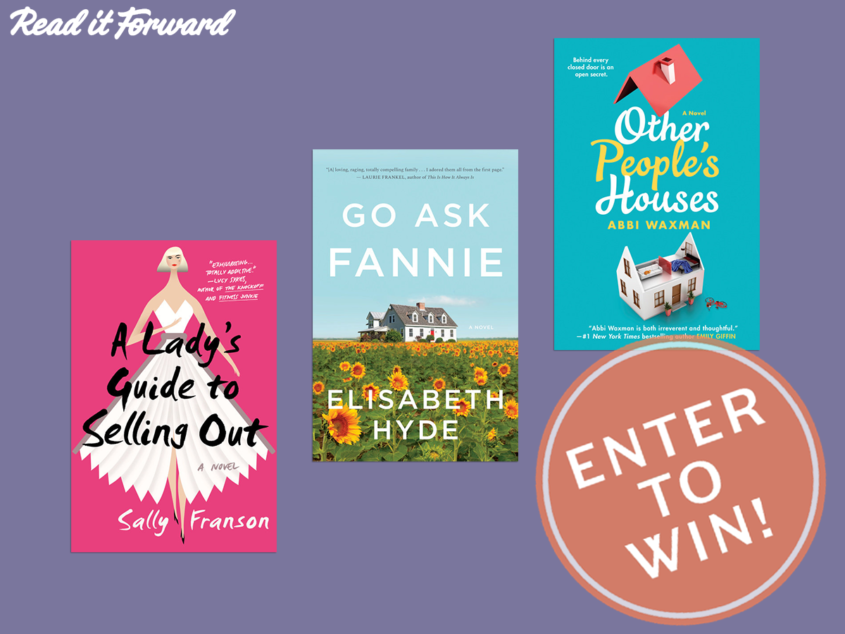 Enter to Win a Box of New Fiction by Women!

These forthcoming novels by women delve into their female characters’ inner workings, exploring their family ties, moral struggles, and the choices that define their lives.

A Lady’s Guide to Selling Out by Sally Franson — Once a book-loving English major, Casey lands a job at a top ad agency and tells herself that she’s just paying the bills, but when her hard-to-please boss assigns her to a top-secret campaign, Casey’s shocked at how quickly her former literary idols compromise their integrity to get a piece of the action.

Go Ask Fannie by Elisabeth Hyde — When Murray Blaire invites his three grown children home for a few days, he expects them to keep things pleasant; but all three turn up in disarray, a now-damaged family cookbook in tow. The cookbook is the last remaining artifact from the family’s happier past—notes in its margins hint at their mother’s mysterious choices, choices her children have never understood.

Other People’s Houses by Abbi Waxman — After the shock of seeing her neighbor Anne in all her extramarital glory, longtime local carpool mom Frances vows once and for all to stay out of other peoples’ business. But that’s easier said than done when Anne’s husband throws her out a few days later. Frances must navigate a moral minefield, while repercussions of the affair reverberate through the four carpool families.