Read The First Chapter of The Queen’s Lover

The author shares an excerpt from her historical novel about Marie Antoinette on the eve of the French Revolution. 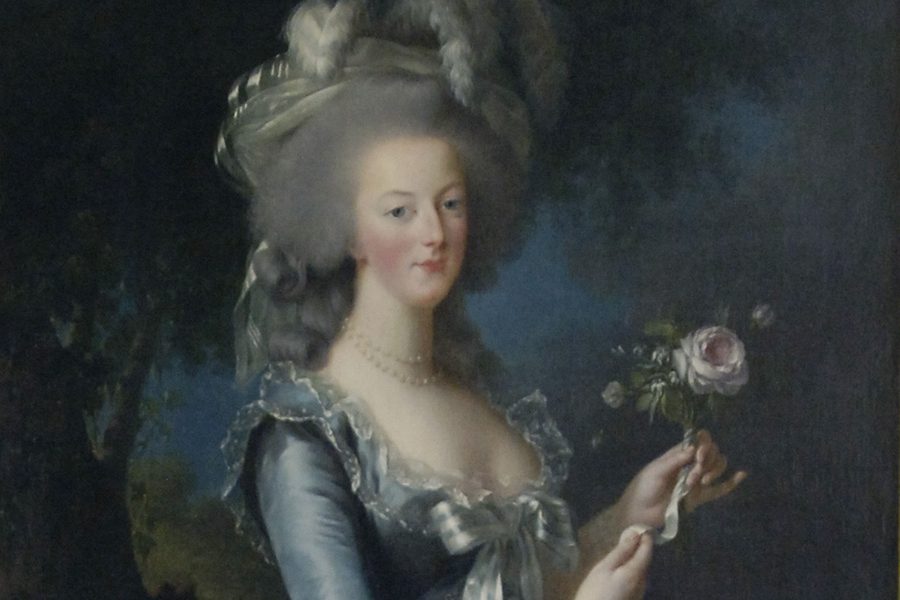 AT THE PARIS OPERA

Here’s how it began, the central passion of my life:

It all began some three decades ago, in 1774, at one of the weekly balls given at the Paris Opera during the winter months. I’d recently arrived in France from my native Sweden, Louis XV was still king, and this was the first time I was attending such an event. I stood in mid-room, dazed by the radiance of the women’s diamonds, the glare of the chandeliers, the flouncing of courtiers’ plumed hats, the twinkling of minuets, the courtiers’ sibilant whisperings, the smart clicking of valets’ heels as they passed ices and wines. I, Count Axel von Fersen, brought up in the relative frugality of Sweden’s aristocracy, was then barely nineteen years old: I was dazzled, and felt a bit lost. Experiencing this Parisian assault on the senses was akin to traveling from my country’s pristine pine forests to some opulent Oriental bazaar . . . Yes, that’s how Paris struck me, downright Oriental! Its lustrous affluence, its denseness, its stench.

I tried to allay my unease by pacing about the shuffling crowd, every member of which wore a mask, a protocol of Paris opera balls. Some masks, enormous and surreal, covering the wearer’s entire face, were surmounted by the beaks of birds or the snouts of mammals; others, like mine, were simpler slips of black satin, allowing the sight of a smooth or wrinkled forehead, of a stubbly or dimpled chin. Because they’d already been pointed out to me at an earlier event, I recognized the leading nabobs of the French court. Over there, lightly masked, was Comte d’Artois, the Dauphin Louis-Auguste’s dandyish youngest brother, slender and mincing, a disdainful, teasing smile ever playing about his malicious mouth; the court’s fashion icon, he owned 365 pairs of shoes so that he might wear a new pair every day, and was so manically fastidious about his dress that four valets held him aloft so that his trousers could remain wrinkle-free as he slipped into them. I duly noted his wife, a red-faced, loutish Savoyarde princess who consoled herself for her husband’s legendary philandering with numerous guardsmen. Strutting about a few dozen yards away was the dauphin’s other brother, Comte de Provence, known officially as Monsieur, and less officially as Gros Monsieur, an obese hunk of a prince compared to whom his older sibling, the corpulent dauphin, looked downright svelte, and who always seemed to be eavesdropping on conversations, accumulating shards of information with which to fuel his intrigues. Whereas Artois was looked on as a relatively harmless carouser, too busy unbuttoning himself to every passing beauty to have time for plotting mischief, Provence, obsessively jealous of his older brother the dauphin, was mostly focused on consolidating his power and influence. He chased the girls too, however, and his wife, Comtesse d’Artois’s equally ugly sister, took solace in persons of her own gender; she was always attended by her paramour, a wan little countess with a beak nose who sought refuge in Comtesse de Provence’s arms because of her husband’s predilection for sodomy (my informer on court matters, our Swedish ambassador, Count Creutz, relished such details). Gode Gud, what a crew! I said to myself as I continued to scrutinize the crowd. I’d been in Paris for three months, completing a grand tour; and I was already beginning to miss the more respectable aura of my little Stockholm—seventy thousand citizens versus Paris’s half million!—and of its court, that of my beloved monarch Gustavus III.

Whom else did I recognize at that opera ball? Mercy d’Argenteau, Austria’s ambassador to France, whose baptismal name—Florimond— was well suited to his mincing, tiny-footed gait; another elegant rascal, the Comte de Vaudreuil, baptized with an equally botanical name— Joseph Hyacinthe—who was spending his fortune in a manner as ostentatious as possible, having taken on as mistress Yolande de Polignac, a favorite of Dauphine Marie Antoinette; the dauphin’s cousin Duc de Chartres, later to be Duc d’Orléans, a zealous real estate speculator who was currently restoring the Palais-Royal, a site renowned for having the greatest density of streetwalkers in Paris. These were only a few of the more eminent persons in this teeming crowd. The particular earmark of opera balls was that anyone properly masked could attend them for the modest fee of two livres; butchers and bakers’ wives, merchants of all kinds, could mingle here with counts and duchesses, and this democratic blending—slumming without danger—seemed to offer many eminences something akin to an erotic thrill.

Another of my Swedish traits—a certain priggishness—flared up as I began noticing the outlandish hairdos sported by the more daring women. Although I jot down these recollections in my advanced age, recalling events of over thirty years ago, I still have a precise memory of those inane coiffures, some of them so high—two or three feet high— that they required their wearers to kneel in their carriages, or sit with their heads thrusting out of their coaches’ windows: there were hair-dos that replicated ships, complete with sails, anchors, tiny lifeboats; others that pretended to be garden bowers, depicting trees, little grottoes, and lakes simulated by sparkling mirrors; yet others, powered by clockwork mechanisms, that featured whirling windmills edged with jewels. Such atrocities, I’d heard, came from the diseased imagination of one Monsieur Léonard, personal coiffeur to the Dauphine Marie Antoinette, considered so indispensable to Her Highness that she had given him an apartment of his own at Versailles, a floor above hers, in order that he might ever be on call.

Just as I was observing these vapid creations a tall, slender young woman with dark golden hair, more heavily masked than others, came to my side and stared at me with a warm, bemused gaze. “Bonjour, Beau Masque,” she said caressingly, her words marked by a faint trace of foreignness I could not quite identify. I greeted the lady in reply, and had a few moments to study her features before she spoke again. The first thing that struck me was the extraordinary incandescence of her skin. Pick a tea rose, and look deep into that innermost place of the flower where the petal begins, a very pale pink at its most tender and delicate—that’s what her face was like, an oval expanse of the most luminous skin I’d ever seen. But as soon as you’d finished being dazzled by that face’s surface you encountered the eyes, fringed by sumptuously thick lashes, and were conquered anew by their singular dark-blueness, akin to that deep blue the sky takes on in the predusk hours of a brilliant day. And their expression, you will ask, what was their expression? That’s harder to describe, for her moods seemed to change at mercurial speed. One second the eyes were merry, vivacious, mocking; the next moment they were most melancholy, revealing a very great solitude and anxiety. The young woman’s moods seemed akin to a sky over which clouds are blown by a very swift wind, creating different weather patterns in a matter of minutes . . . Yet I should admit that notwithstanding all the attributes I’ve noted—the splendor of the eyes, that astonishing skin— you couldn’t have called her beautiful, because of the curious set of her mouth, the slightly pendulous lower lip, which could emanate an aura of disdain and hauteur. On the night I met her, however, all haughtiness was absent as she addressed me again, in the same tone of warm playfulness.

“Well, yes, I do,” I answered, taken aback by the humdrum topic. “There are many splendid forests on my family’s estates.”

“And where is that country where your family has estates?”

“Sweden,” I said, with a small bow. “I am Count Axel von Fersen, from Sweden.”

“Ah, la Suède!” she exclaimed. “La Suède,” she repeated, the foreign intonation sharpening the d. “I’ve never met anyone from there except for that very boring Monsieur Creutz, your ambassador!”

And she burst into laughter, a pealing, very girlish laughter, accompanied by a mocking flutter of her hands that revealed the wedding band gleaming on her ring finger. She laughed again. “Oh, surely you know your ambassador, Mr. Creutz, the most boring man to be found in any European court!”

“He is like a parent to me,” I said stiffly. I’m aware of my tendency to be overly formal, if not starchy, but this time the stiffness was intended—Creutz was indeed a humorless old bugger, but he was my father’s closest friend and was masterminding with extreme kindness my introductions to European courts.

“Oh, I’m sorry!” she exclaimed, putting her hand impulsively on my sleeve. “Please forgive my . . . my indiscretion! It’s one of my greatest faults. You see, I’m surrounded by so many old people, I yearn, very much yearn, for friends of my age, and they can be hard to find at our court.” And so the conversation went. She asked many questions, on matters totally unrelated, her mind darting here and there like a child skipping at varied angles down a street. Do you like horses? How many siblings do you have? Describe the lakes in your country. Do you like opera? Ah, you’re fond of singing yourself? How lovely! Well, perhaps someday . . .

The young woman was so deliciously pretty and amiable, the conversation so delightfully erratic that it would have been my pleasure to continue it indefinitely. But I suddenly realized that a circle of courtiers—a dozen or so—had gathered about her; that their attention was centered on me, which made me sense that this was a young woman of some importance, that scrutiny would inevitably focus on any person upon whom she lavished such attention. My new friend also had grown aware, quite suddenly, of the band that had gathered about her; and without saying good-bye, as impulsively as she had begun our conversation, she wheeled around and swiftly walked away, briefly lifting the gray velvet mask off her face with an exasperated gesture, as if it were smothering her and she needed to inhale a deep breath of air. It was in that split second that I realized who she was—that I recognized her as Marie Antoinette, Archduchess of Austria-Hungary, beloved daughter of the mighty Empress Maria Theresa, and now the wife of the notoriously timid, reclusive Dauphin Louis-Auguste, who might at any moment become the king of France. 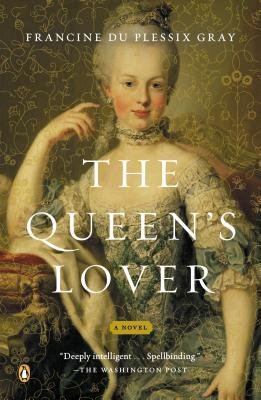 Buy The Book
FRANCINE DU PLESSIX GRAY is a regular contributor to The New Yorker and the author of numerous essays and books, including Simone Weil, At Home with the Marquis de Sade: A Life, Rage and Fire, Lovers and Tyrants, and Soviet Women. She lives with her husband, the painter Cleve Gray.

FRANCINE DU PLESSIX GRAY is a regular contributor to The New Yorker and the author of numerous essays and books, including Simone Weil, At Home with the Marquis de Sade: A Life, Rage and Fire, Lovers and Tyrants, and Soviet Women. She lives with her husband, the painter Cleve Gray.