The Poem That Introduced Santa Claus to the World

AP Special Correspondent Hugh Mulligan captures the history behind The Night Before Christmas.

By HUGH MULLIGAN • 4 years ago 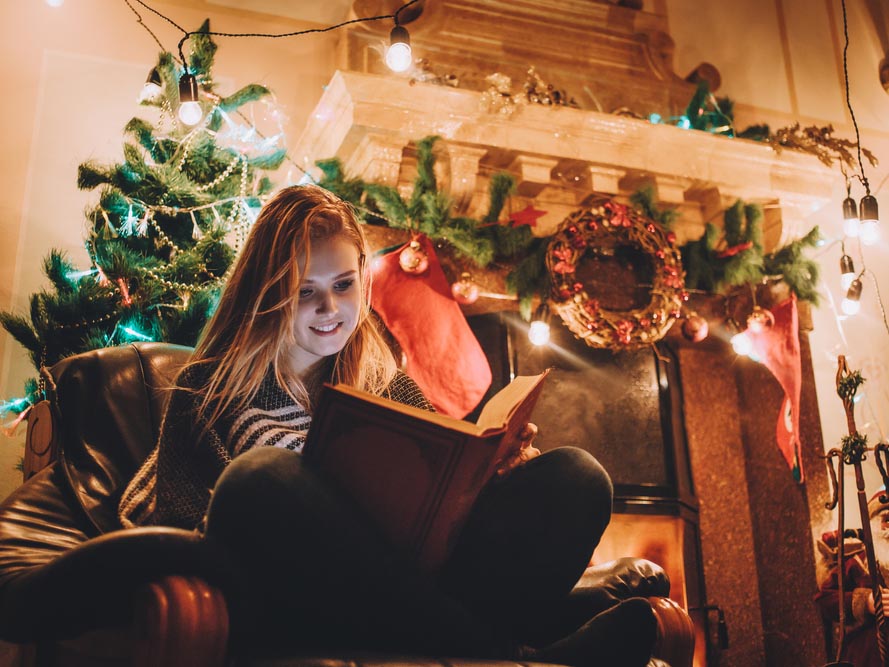 Santa Claus belongs to the ages, but there was a time and not so long ago when few people would have recognized him, even if they ran into him on Christmas Eve. Here is the story of a man who did just that and gained immortality from the meeting.

Santa Claus came to our town on a cold snowy Christmas Eve in 1822.

Only one man, Dr. Clement Clarke Moore, a professor of Greek and Hebrew at the General Theological Seminary, recognized him. And then only by accident.

Moore, a gentle man of prodigious learning, lived on West 23rd Street in a rambling old mansion overlooking the Hudson River. That was the suburbs then, three miles uptown from the main business district and still untouched by the boom and bustle of the growing port city.

If it hadn’t been Christmas Eve, a time for geniality and generosity, Moore might have grumbled or pleaded the weather when his wife asked him, late in the evening, to trek down to the market for a turkey.

Following a long family tradition, she had been packing Christmas baskets for the poor families who lived down near the wharves and discovered at the last moment that she was one turkey short.

It was doubtful whether the poultry stalls would still be open, but Moore cheerfully set out, tucking his long wool muffler into the collar of his great coat. The walk might do him good, he decided, give him time to collect his thoughts for the Christmas story he had promised to tell his six-year-old charity, the oldest of his three daughters and his favorite.

She would be waiting up when he got back, and it had better be good.

Moore’s previous literary accomplishments, written some years before, had been well received by his fellow scholars but were hardly designed for the family fireside.

They included a “Compendious Lexicon of the Hebrew Language,” the first ever published in America; A History of Columbia University, where his father had been president, and a mild attack of the foreign policy statements of President Thomas Jefferson, whom Moore suspected of being a free thinker, if not an Atheist.

The professor was justly proud of these works and of his family’s prestige in the community. His father, the second Protestant Bishop of New York, had been Rector of Trinity Church and has administered the oath of office to President George Washington and the last rites to Alexander Hamilton after the tragic duel with Aaron Burr across the river in Weehawken, N.J. During the revolution, Washington had personally come to their house to requisition bullets for his officers.

Despite this, there was nothing in Moore’s past to tell him that immortality awaited him that night at the family fireside, that his own grave in Trinity Cemetery would be visited each Christmas Eve for decades, maybe centuries – down to 1956 and beyond – by children carrying lanterns and singing carols.

At the moment, he was simply a devoted husband and doting father, hurrying to buy a Christmas turkey and trying desperately to think of a Christmas story for his children.

Luck was with him. The market was open and the poultryman still had several fat toms hanging on the hooks before his stall. By the time he headed home, the snow had stopped falling and the winter sky came alive with a million stars.

Moore, an amateur poet, stopped for a minute to savor the magic of the moonlight on the frozen Hudson and the dancing shadows it made of the chimney pots on the crisp white snow.

Did a line come to him then? – “The moon on the breast of the new-fallen snow gave the luster of midday to objects below.”

At the bottom of the hill, where the road from town led up to his estate, Moore met his caretaker, Jan Duychinck, a bearded, jovial Dutchman with a round dimpled face, a short stub of a pipe and an endless fund of stories and legends about little old New York, when it really was little and hardly old.

They chatted about Christmas and old Dutch customs and, ultimately, St. Nicholas, the fourth-century bishop of Myra, who rode through the sky in a horse and wagon each December 4, his feast day, bringing gifts for good little Dutch children and birch rods for those who had been bad.

It was familiar legend. Washington Irving had written about it several years before, and children of English stock in the city had borrowed portions of it for their own Christmas ritual.

In church history, St. Nicholas was a gaunt and fiery miracle worker who fasted every day of the week but Wednesday and Friday, suffered persecution and imprisonment under the Roman Emperor Diocletian and once was expelled from a church council for taking a punch at a heretic.

But on that cold Christmas Eve in 1822, with the moon and the stars weaving magic in the night sky, the gentle professor of Greek and Hebrew conjured up a totally different picture of the gift-bringing saint. In Moore’s imagination, St. Nick was far and jolly – Like Jan Duychinck – And he rode down the star-ways in a wonderful miniature sleigh drawn by eight tiny reindeer.

Upstairs in his study, Moore took quill in hand and began to write the story he had promised his children and the whimsical lines that would make him famous:

’Twas the night before Christmas, when all through the house
Not a creature was stirring, not even a mouse…

In less than an hour he was finished and at the fireside, delighting his family with the sainted version of their caretaker:

His eyes – How they twinkled! His dimples how merry!
His cheeks were like roses, his nose like a cherry!
His droll little mouth was drawn up like a bow,
and the beard of his chin was as white as the snow;
The stump of a pipe he held tight in his teeth,
and the smoke it encircled his head like a wreath;
He had a broad face and a little round belly,
that shook when he laughed like a bowlful of jelly!

A friend of the family, who heard the poem read that night in the Moore home, sent a copy of it to the editor of the Troy, N.Y. Sentinel, where it was published for the first time the following year with the title “A Visit from St. Nicholas.”

But it was 15 years before it appeared in print under Moore’s name and, after years of arduous scholarship, brought him lasting fame with the trifle of an hour’s work.

Moore’s word picture of St. Nicholas as a “right jolly old elf” caught the imagination of children of all ages and established the prototype of the modern department store Santa Claus. Thomas Nast gave substance to the vision with the famous series of Christmas cartoons beginning in 1869, the year of Moore’s death. The poem has since been translated into nearly every known language, appeared in thousands of newspapers and magazines, and found its way into the mouths and memories of generations of children the world over. It remains today the most popular poem ever written in America.

Just before sunset on next Monday afternoon, Christmas Eve, a procession of children will wind its way from the beautiful Chapel of Intercession in uptown Manhattan to the grace of Dr. Clement Clarke Moore, the man who first gave Santa Claus to New York and, inevitably, to the world. 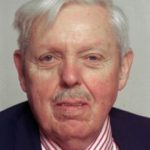 HUGH MULLIGAN was born in New York City in 1925. He served in World War II as a rifleman in the Army’s 106th Infantry Division after that unit was decimated in the 1944 Battle of the Bulge. When the war ended, he completed a bachelor of arts degree at Vermont’s new Marlboro College and was the only member of its first graduating class in 1948, addressed at commencement by poet Robert Frost. He later earned graduate degrees in journalism at Boston University and in English literature at Harvard. Mulligan joined The Associated Press in 1951 in Baton Rouge and after 1956 was based in New York. He retired in 2000. Though Mulligan was celebrated most for feature writing, including his column, “Mulligan’s Stew,” he was proudest of his war reporting, especially his four years in Vietnam and Cambodia. Mulligan was a voracious reader and diligent researcher who gloried in finding obscure nuggets of fact and history. His home in Ridgefield, Conn., which he named “Hardscribble House,” featured a wall-size bookcase with the works of Irish writers.