Start Reading The Fatal Gift of Beauty by Nina Burleigh

Do you #BelieveHer or #SuspectHer? Want to learn more after watching Netflix’s documentary “Amanda Knox”? Read the book the New York Times Book Review called “the most thorough account of the case.”

By NINA BURLEIGH • 4 years ago 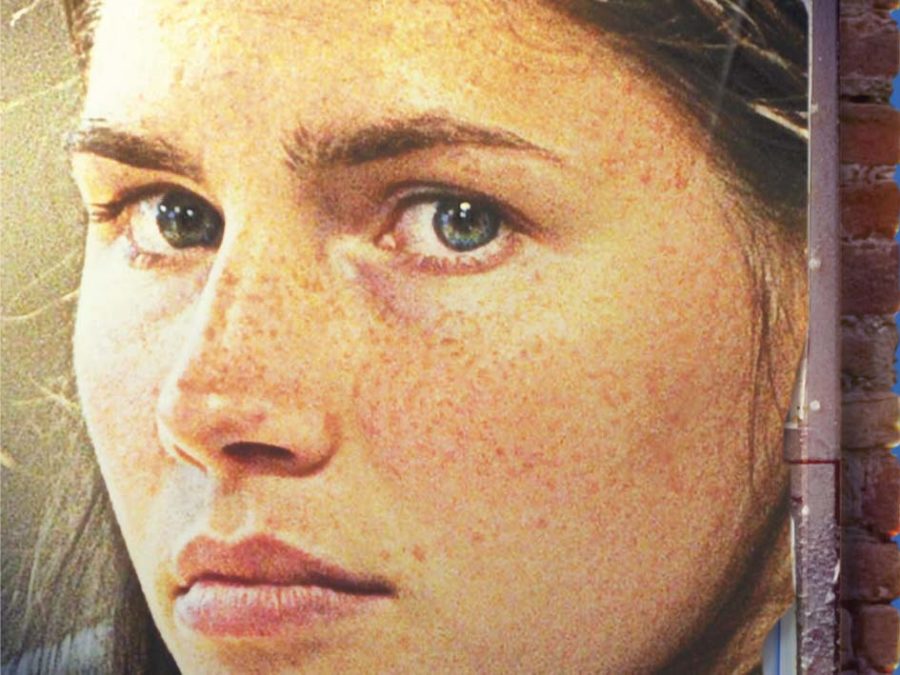 IN ITALY, THEY CALL NEWS of incidents like the Meredith Kercher murder cronaca nera.

Murder is common enough in Italy—the Mafia commits hundreds, common criminals and domestic violence have carried off thousands more. But a cronaca nera possesses an element of the macabre, diabolical, or obscene that journalists instantly recognize. The annals include murderous mothers; cold, calculating killer boyfriends; scorned women annihilating errant men; female rivals killing each other; and maybe best of all, the eyes- wide- shut bloody rites of deviant cults. If the murderer is especially prolific, he (all have been male so far) becomes a “Monster.” In recent years, Italy has had a Monster of Florence, a Monster of Foligno, a Monster of Genoa.

Death distinguishes a cronaca nera from the relatively lighter but equally popular Italian newsprint fare involving rare sexual tastes—pedophilia, DIY prostitution rings involving housewives and children, or the surprisingly common and blackmail- able preference among some ranking politicians and denizens of the Vatican for Brazilian butt-implanted transvestites. Cronache nere are so popular in Italian newspapers and on television that they have their own page or segment, like soccer, the weather, and business news.

Almost everyone in the world with access to television or the Internet has heard of one of the alleged murderers, Amanda Knox. People around the world have seen her on CNN—often smiling, sometimes perplexed, peering anxiously from behind iron bars, rarely collapsing in tears. Hers is a pretty face, one of those faces made more, not less, beautiful by the camera, and it is mostly speechless. Her parents, friends, and lawyers speak for her. Millions of Americans watched her extended family on The Oprah Winfrey Show or caught her mother, Edda Mellas, in tears, opining “This case is crap” on one of the national television networks.

The face, placed next to the depraved crime, is one element that makes the story intriguing. The mass media cliché machine went into fifth gear when she was arrested in November 2007, churning out descriptions. She was “angel- faced” or “fresh- faced,” the eerily smiling “soap- and- water” girl who went mad one night—moved by psychopathy or erotic mania of the sort that afflicts nymphomaniacal cheerleaders in Hollywood slasher films or under the morality-frying influence of drugs and alcohol—and stabbed her pretty, young British roommate to death with the help of two young men, who were so besotted with her that she was able to manipulate them into committing rape and murder.

In the course of a gioco erotico. A sex game.

The story came to resemble a fairy tale about things that happen to bad girls and to good girls. It had strains of Franz Kafka and the Malleus Malefi carum, an Inquisition- era witch- hunting guide. It resonated with the churning fear of parents whose children are far away; of young women in houses alone after dark; of older women remembering their own ill- spent youths, their own date rapes and other regrettable incidents after midnight. The story titillated men habituated by Internet porn to the real possibilities of group sex and the slithery catfight. It was and is drenched in local superstition, misogyny, mistranslation, and deliberate misinformation, magnified and distorted by the mass media, monetized by lawyers and filmmakers, and analyzed in scholarly papers. The worst inclinations, prejudices, and stereotypes of three different cultures—American, British, and Italian—are knotted up in it. It’s been spun into an Internet spiderweb by a band of bloggers who have micro-analyzed every element and threatened one another to the point of involving lawsuits and police. Aficionados and armchair CSI experts have been known to spend hours, days, weeks debating the facts and suppositions.

In Perugia, the medieval hill town in Umbria where Meredith Kercher was murdered and where Amanda Knox was tried and convicted and sentenced to spend twenty- six years in prison, even before the guilty verdict on the cinematically foggy midnight of December 4, 2009, it was almost impossible to find a person who would consider the possibility that the narrative of the crime, which they had been reading about and discussing since the fall of 2007, might not be the truth. “It was a game, un gioco, that got out of hand,” Perugians would say, or “She’s an American college girl, and those girls can be very mean, very competitive.” Or “she’s witchy.” Or, especially, “She’s a white American, and white American girls always blame the black guy.”

The Italian, British, and American reporters who covered the case from day one, the ones presumably holding all the information the various lawyers revealed in bits and chunks of comment and digital document over the course of the past three years, from Amanda Knox’s prison diary to the actual videotape of police working at the blood-spattered crime scene, were a little less sure. Having sat through the trial and heard the evidence that the prosecutors presented to judge and jury, they were not sure that Amanda Knox had personally wielded the knife that killed Meredith Kercher. In fact, neither was the jury, which decided that Amanda Knox and her boyfriend, Raffaele Sollecito, were guilty of aiding the main perpetrator, “the author of the evil”—as the judge wrote in the document explaining the students’ convictions—Rudy Guede, the African- Italian man whose prints were on the walls of the dead girl’s room, inside the dead girl’s purse, and whose DNA was on her clothes and inside the dead girl’s vagina.

But, they reasoned, Amanda Knox still deserved to spend twenty-six years in jail for following sadosexual urges to their utmost degree of depravity, by spontaneously and without premeditation helping Rudy rape and then kill her roommate.

There are many “facts” and voluminous “evidence” in the complicated story of this crime. The problem is that many reported facts are actually bits of rumor or unverified statements by lawyers, by police, by journalists, and all are subject to debate. The only indisputable truths are these: On the morning of November 2, 2007, in the presence of a police officer, a strong young man kicked down a locked door in a house perched on a ravine at the edge of Perugia’s city center. Besides the man and a cop, there were three young women and two men inside the stone cottage. Two of these people would ultimately be convicted of murder.

On the floor, inside the tiny locked room, they found the dead body of Meredith Kercher, twenty- two, a foreign exchange student from the University of Leeds, the fourth and youngest child of John and Arline Kercher of suburban London. Her long brown hair was stuck with dried blood to a gaping stab wound on the left side of her neck. Her eyes were open. She was covered with a duvet that, when removed, revealed that she was naked from the waist down, her shirt pulled up to her neck. A pillow had been placed under her hips, directing her pelvis upward, a leg splayed outward. Blood splattered the wall near where she lay and smeared the floor, as though she had been dragged or rolled a few feet through her own blood.

Those are the facts, and they are almost the only facts that no one disagrees about. Almost everything else—from the number and nature of her wounds, to when she died and when her roommate called the police, to who saw the body and the wound and when, to what people said about the body and when they said it, to the exact size and ownership and placement and substance of the shoe prints and the bare footprints and fingerprints in the house, to the DNA traces on walls, knife, toilets, and clothing, to the bloodstains and possible semen on Meredith’s pillowcase, to exactly where she last used her cell phone—has been endlessly debated, both inside the courtroom and outside, around the world.

THE FACT THAT MEREDITH Kercher was found nude from the waist down, with DNA inside her vagina belonging to a man she was not known to have had a sexual relationship with, immediately suggested to the police and prosecutor that she was also a victim of a male sexual assault, but medical experts never conclusively determined that the DNA arrived there against her will. There was no sperm inside her, just the skin cells of a young man named Rudy Guede, a break-in artist and sleepwalker who turned into a dog or a professor or a businessman in the middle of the night, who had a habit of waking up in the dark to find himself out of bed and walking miles from home. Rudy Guede has insisted that she wanted him there, and there wasn’t enough bruising on her labia and thighs to prove forcible sex. If she was raped, according to the European Council, she was among the one in five European females between the ages of two months and ninety years old who are victims of a sexual assault at some point in their lives.

Ninety- eight percent of their aggressors are male.

To meet one of the 2 percent that are female is a rare thing indeed. To meet one who is beautiful, in a city and a nation renowned for all that Western civilization deems fine, is rarer still. 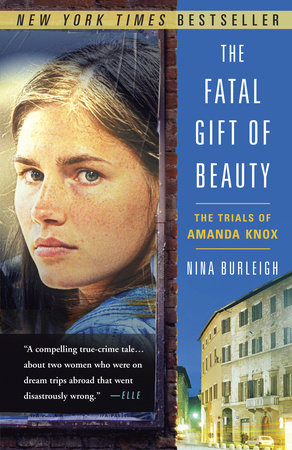 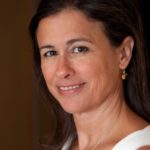 NINA BURLEIGH’s articles have appeared in Time, The Washington Post, The Chicago Tribune, and New York Magazine. She lives in New York.

NINA BURLEIGH’s articles have appeared in Time, The Washington Post, The Chicago Tribune, and New York Magazine. She lives in New York.