Have you read any books by Toni Morrison? Tell us which one and your thoughts in a comment!

Toni Morrison’s short story “Sweetness” appeared in The New Yorker in advance of the publication of her new novel God Help the Child, which hits the shelves on April 21, 2015. This new novel is the first by her to be set in our current moment, and it confirms that Toni Morrison has changed American fiction forever with her matchless literary voice.

“God Help the Child displays a profound understanding of American culture and an unwavering sense of justice and forgiveness.” ~Publishers Weekly

“A chilling oracle and a lively storyteller, Nobel winner Morrison continues the work she began 45 years ago with The Bluest Eye.” ~Kirkus

From “Sweetness” by Toni Morrison

It’s not my fault. So you can’t blame me. I didn’t do it and have no idea how it happened.

It didn’t take more than an hour after they pulled her out from between my legs for me to realize something was wrong. Really wrong. She was so black she scared me. Midnight black, Sudanese black. I’m light-skinned, with good hair, what we call high yellow, and so is Lula Ann’s father. Ain’t nobody in my family anywhere near that color. Tar is the closest I can think of, yet her hair don’t go with the skin. It’s different—straight but curly, like the hair on those naked tribes in Australia. You might think she’s a throwback, but a throwback to what? You should’ve seen my grandmother; she passed for white, married a white man, and never said another word to any one of her children. Any letter she got from my mother or my aunts she sent right back, unopened. Finally they got the message of no message and let her be. Almost all mulatto types and quadroons did that back in the day—if they had the right kind of hair, that is. Can you imagine how many white folks have Negro blood hiding in their veins? Guess. Twenty per cent, I heard. My own mother, Lula Mae, could have passed easy, but she chose not to. She told me the price she paid for that decision. When she and my father went to the courthouse to get married, there were two Bibles, and they had to put their hands on the one reserved for Negroes. The other one was for white people’s hands. The Bible! Can you beat it? My mother was a housekeeper for a rich white couple. They ate every meal she cooked and insisted she scrub their backs while they sat in the tub, and God knows what other intimate things they made her do, but no touching of the same Bible.

Some of you probably think it’s a bad thing to group ourselves according to skin color—the lighter the better—in social clubs, neighborhoods, churches, sororities, even colored schools. But how else can we hold on to a little dignity? How else can we avoid being spit on in a drugstore, elbowed at the bus stop, having to walk in the gutter to let whites have the whole sidewalk, being charged a nickel at the grocer’s for a paper bag that’s free to white shoppers? Let alone all the name-calling. I heard about all of that and much, much more. But because of my mother’s skin color she wasn’t stopped from trying on hats or using the ladies’ room in the department stores. And my father could try on shoes in the front part of the shoe store, not in a back room. Neither one of them would let themselves drink from a “Colored Only” fountain, even if they were dying of thirst.

Continue reading “Sweetness” at NewYorker.com, a short story published in advance of her new novel, God Help the Child, available from Knopf wherever books are sold on April 21, 2015.

Congrats to Kathy W., Laura R., Barb B., Emily W., Catherine G., and 35 other members of the Read It Forward community! Their entries were selected at random to win an Advance Reader’s Copy of God Help the Child by Toni Morrison. 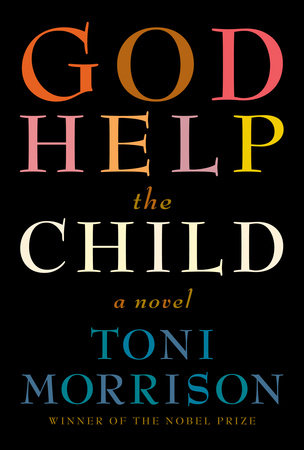 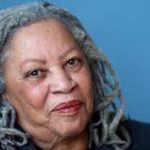 TONI MORRISON is the author of eleven novels, from The Bluest Eye (1970) to God Help the Child (2015). She has received the National Book Critics Circle Award and the Pulitzer Prize. In 1993 she was awarded the Nobel Prize in Literature.