The untold story of WWII’s secret fighting force, as told by a modern master of wartime intrigue.

By Ben Macintyre • 5 years ago 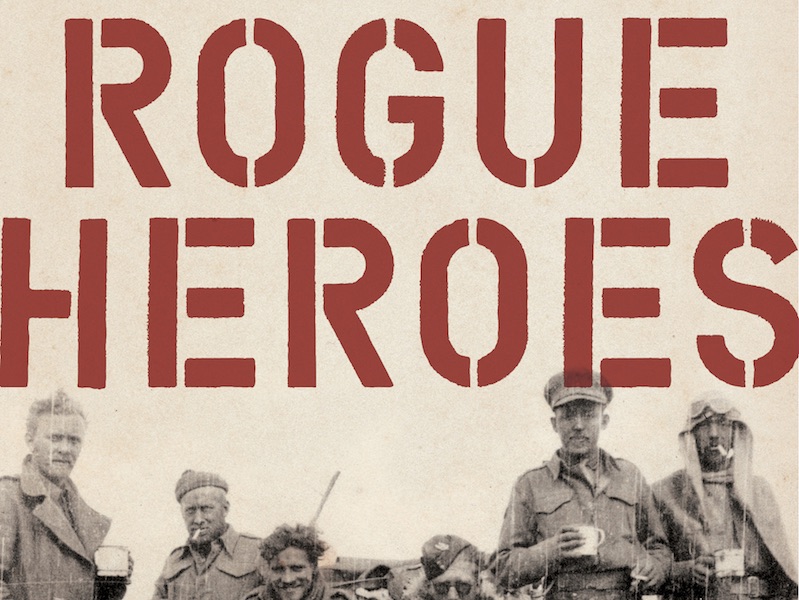 On a November evening in 1941, five elderly Bristol Bombay transport aircraft lumbered along the runway of Bagush airport on the Egyptian coast, and then wheeled into the darkening Mediterranean haze. Each aircraft carried a “stick” of a dozen British parachutists, some 55 soldiers in all, almost the entire strength of a new, experimental and intensely secret combat unit: ‘L Detachment’ of the Special Air Service. The SAS.

As the planes rumbled northwest the wind began to pick up, bringing the electric inklings of a brewing storm. The temperature inside dropped quickly as the sun slipped below the desert horizon. It was suddenly intensely cold.

The fledgling SAS was on its first mission. Codenamed ‘Operation Squatter’, it ran as follows: to parachute at night into the Libyan desert behind the enemy lines, infiltrate five airfields on foot, plant explosives on as many German and Italian aircraft as they could find and then, as the bombs exploded, head south to a rendezvous point deep in the desert where they would be picked up and brought back to safety.

Some of the men strapped in and shivering in the rushing darkness at 18,000 feet were regular soldiers, but others were not: their number included a hotel porter, an ice cream maker, a Scottish aristocrat and an Irish rugby international. Some were natural warriors, nerveless and calm, and a few were touched by a sort of martial madness; most were silently petrified, and determined not to show it. None could claim to have been fully prepared for what they were about to do, for the simple reason that no one had ever before attempted a nighttime parachute assault in the North African desert. But a peculiar camaraderie had already taken root, a strange esprit compounded in equal parts of ruthlessness, guile, competition and collective determination. Before takeoff, the men had been informed that anyone seriously injured on landing would have to be left behind. There is no evidence that any of them found this odd.

The wind had reached gale force by the time the bucking Bombays neared the Libyan coast, 2½ hours after takeoff. Storm-driven sand and pelting rain completely obscured the flares on the ground, dropped by the Royal Air Force (RAF) to guide the planes to the drop zone, 12 miles inland.   The pilots could not even make out the shape of the shoreline.   German searchlights on the coast picked up the incoming planes, and flak began exploding around them in blinding flashes. A shell ripped through the floor of one plane and missed the auxiliary fuel tank by inches. One of the sergeants made a joke, which no one could hear, though everyone grinned.

The pilots indicated that the parachutists should prepare to jump although, in truth, they were now flying blind, navigating by guesswork. The parachute-canisters were tossed out first containing explosives, tommy guns, ammunition, food, water, maps, blankets and medical supplies.

Then, one by one, the men hurled themselves into the seething darkness.

Five months before Operation Squatter, a tall, thin soldier lay, grumpy and immobile, in a Cairo hospital bed. The 25-year-old officer had been brought in to the Scottish Military Hospital on June 15th 1941, paralyzed from the waist down. A letter to his mother from the war office stated that he had suffered “a contusion of the back as a result of enemy action”.

This was not, strictly speaking, true. The injured soldier had not set eyes on the enemy: he had jumped out of a plane, without a helmet or proper training, ripped his parachute on the tailfin, and plummeted to earth at roughly twice the recommended speed. The impact had knocked him out and badly injured his spine, leaving him temporarily blinded and without feeling in his legs. The doctors feared he would never walk again.

Even before his parachuting accident, the officer’s contribution to the war effort had been minimal: he lacked the most basic military discipline, could not march straight, and was so lazy his comrades had nicknamed him “the Giant Sloth”.   Since being posted to Egypt with the British commando force, he had spent much of his time in Cairo’s bars and clubs, or gambling at the racecourse. The nurses at the hospital knew him well, for he frequently popped in during the morning, whey-faced and liverish, to request a blast from the oxygen bottle to cure his hangover. Before his parachute jump landed him in hospital, he had been under investigation to establish whether he was malingering, and ought to be court martialed. His fellow officers found him charming and entertaining; his senior commanders, for the most part, regarded him as impertinent, incompetent and profoundly irritating. On completing officer training, he had received a blunt appraisal: “irresponsible and unremarkable”.

Lieutenant David Stirling of the Scots Guards was not a conventional soldier.

The writer Evelyn Waugh, a fellow officer in the commando force, came to visit Stirling about three weeks after his admission to hospital. Waugh had been misinformed by the matron that one of Stirling’s legs had already been amputated, and he would likely lose the other. “I can’t feel a thing,” Stirling told his friend. Embarrassed, as Englishmen tend to be when faced with disability, Waugh kept up a steady stream of meaningless small talk, perched on the edge of the bed, and studiously avoided the subject of his friend’s paralysis. Every so often, however, he would sneak a surreptitious glance to where Stirling’s remaining leg ought to be, and whenever he did so Stirling, with extreme effort, would wiggle the big toe of his right foot. Finally, Waugh realized he was being teased, and hit Stirling with a pillow.

“You bastard Stirling, when did it happen?”

“Minutes before you came. It takes a bit of effort, but it’s start. “

Through sheer force of will, Stirling was regaining the use of his legs. Others might have cried for joy; for Stirling, however, the first sign of his recovery was an excellent opportunity to play a practical joke on one of Britain’s greatest novelists.

It would take two more weeks before Stirling could stand upright, and several more before he was able to hobble about. But during those two months of enforced inaction, he did a great deal of thinking – something which, in spite of his reputation as a feckless gadabout, he was rather good at.

The commandos were intended to be Britain’s storm troops, volunteers selected and trained to carry out destructive raids against Axis targets. Prime Minister Winston Churchill had decided that the ideal theatre in which to deploy the commandos would be North Africa, where they could conduct seaborne raids against enemy bases along the Mediterranean coast.

In Stirling’s unsolicited opinion, the concept was not working. Most of the time the commandos were inactive, awaiting the order for a great assault that never came; on the rare occasions they were deployed, the results had been disappointing. The German and Italian troops fully expected to be attacked from the sea, and were primed and waiting. The commando forces were simply too large and cumbersome to launch an assault without being spotted; the element of surprise was immediately lost.

But what, pondered Stirling, if the combat troops attacked from the opposite direction? To the south, stretching between Egypt and Libya, lay the Great Sand Sea, a vast, waterless expanse of unbroken dunes covering 45,000 square miles. One of the most inhospitable environments on earth, the desert was considered by the Germans to be virtually impassable, a natural barrier, and therefore left it largely unprotected, and entirely unpatrolled. “This was one sea the Hun was not watching,” Stirling reflected. If mobile teams of highly trained men, under cover of darkness, could be infiltrated onto the enemy’s desert flank, they might be able to sabotage airfields, supply depots, communications links, railways and roads, and then slip back into the embracing emptiness of the sand sea. A commando force several hundred strong could only attack one target at a time; but a number of smaller units, moving quickly, raiding suddenly and then retreating swiftly, could destroy multiple targets simultaneously. The opportunity to attack the enemy in the rear, when he least expects it, is the pipedream of every general. The peculiar geography of North Africa offered just such a possibility, reflected Stirling, as he lay half-paralyzed in his hospital bed, trying to wiggle his toes.

Stirling’s idea was the result of wishful thinking, more than expertise; it had emerged not from long hours of reflection and study, but the acute boredom of convalescence. It was based on intuition, imagination and self-confidence, of which Stirling had plenty, rather than experience of desert warfare, of which he had none.

But it was an inspired idea, and the sort of idea that could only have occurred to someone as strange and remarkable as Archibald David Stirling. 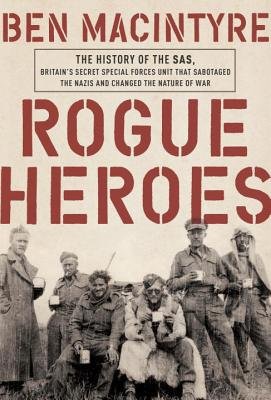 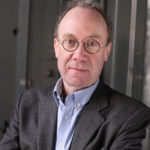 BEN MACINTYRE is writer-at-large and associate editor of the Times of London. He is the author of Agent Zigzag, The Man Who Would Be King, The Englishman’s Daughter, The Napoleon of Crime, and Forgotten Fatherland. He lives in London with his wife, the novelist Kate Muir, and their three children.

BEN MACINTYRE is writer-at-large and associate editor of the Times of London. He is the author of Agent Zigzag, The Man Who Would Be King, The Englishman’s Daughter, The Napoleon of Crime, and Forgotten Fatherland. He lives in London with his wife, the novelist Kate Muir, and their three children.