From the author of the international bestseller The Solitude of Prime Numbers, an exquisite portrait of marriage, adulthood, and the meaning of family.

By PAOLO GIORDANO • 5 years ago 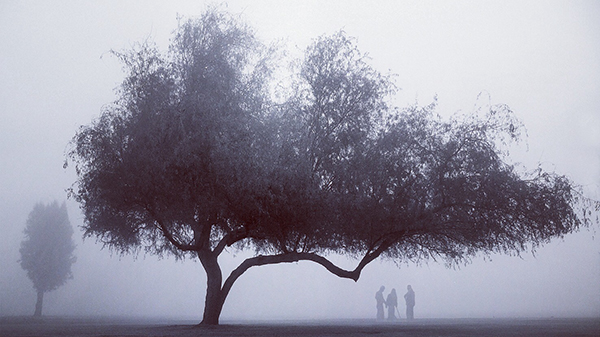 Paolo Giordano’s prizewinning debut novel, The Solitude of Prime Numbers, catapulted the young Italian author into the literary spotlight. His new novel features his trademark character-driven narrative and intimate domestic setting that first made him an international sensation.
When Mrs. A. first enters the narrator’s home, his wife, Nora, is experiencing a difficult pregnancy. First as their maid and nanny, then their confidante, this older woman begins to help her employers negotiate married life, quickly becoming the glue in their small household. She is the steady, maternal influence for both husband and wife, and their son, Emanuele, whom she protects from his parents’ expectations and disappointments. But the family’s delicate fabric comes undone when Mrs. A. is diagnosed with cancer. Moving seamlessly between the past and present, Giordano highlights with remarkable precision the joy of youth and the fleeting nature of time. An elegiac, heartrending, and deeply personal portrait of marriage and the people we choose to call family, this is a jewel of a novel—short, intense, and unforgettable.

On my thirty-fifth birthday, Mrs. A. abruptly gave up the determination that in my eyes characterized her more than any other quality and, already laid out in a bed that by then seemed too big for her body, finally abandoned the world we all know.

That morning I had gone to the airport to pick up Nora, back from a brief business trip. Though it was late December, winter was dragging its feet, and the monotonous stretches at the sides of the highway were whitened by a thin layer of fog, as if to suggest the snow that couldn’t make up its mind to fall. Nora answered the phone, after which she didn’t say much, just sat there listening. “I see,” she said, “all right, Tuesday,” and then she added one of those sentences that experience provides us with when there are no adequate words: “Maybe it’s better that way.”

I pulled off into the first service area to allow her to get out of the car and pace aimlessly around the parking lot by herself. She wept quietly, her right hand clamped over her mouth and nose. Among the countless things I’ve learned about my wife in ten years of marriage is her habit of isolating herself in times of grief. She suddenly becomes unreachable and won’t allow anyone to console her, forcing me to remain a useless spectator to her suffering—a rejection that I sometimes interpreted as a lack of generosity.

For the rest of the way, I drove more slowly; it seemed like a form of respect. We spoke about Mrs. A., recalling some anecdotes from the past, although for the most part they weren’t really anecdotes—we didn’t know much about her—just routines. Routines so rooted in our family life that to us they seemed almost legendary: the reliability with which she updated us each morning on the horoscope she’d heard on the radio while we were still asleep; her way of taking over certain rooms of the house, especially the kitchen, so that we felt we should ask her permission to open our own refrigerator; the proverbs with which she curtailed what to her were unnecessary complications created by us young people; her military, masculine step and her incorrigible tightfistedness—remember the time we forgot to leave her money for the shopping? She emptied the jar of pennies, scraping up each and every one of the coins.

After a moment or two of silence, Nora added, “What a woman, though! Our Babette. Always there for us. Even this time she waited for me to get back.”

I did not point out that she had just summarily excluded me from the overall picture. Nor did I dare confess what I’d been thinking that very same moment: that Mrs. A. had waited for my birthday to leave us. Each of us was thus fabricating a small, personal consolation. There is nothing more we can do when faced with someone’s death except devise some extenuating circumstances for it, attributing to the deceased one final gesture of thoughtfulness toward us and arranging the coincidences in some rational order. Yet today, with the inevitable detachment of distance, I have a hard time believing that it was really so. Her suffering had taken Mrs. A. far away from us, from anyone, long before that December morning, leading her to walk alone to a remote corner of the world—just as Nora had walked away from me in the service area on the highway—and from there she’d turned her back on us.

We called her that, Babette. We liked the nickname because it suggested a sense of belonging, and she liked it because it was exclusively hers and sounded precious, with its French cadence. I don’t think Emanuele ever understood what it meant; maybe someday he’ll come across Karen Blixen’s story, or more likely the movie, and then he’ll make the connection. Nonetheless, he accepted that Mrs. A. had become Babette from a certain point on, his Babette, and I suspect that by assonance he associated that nickname with her babouches, the slippers that his nanny put on as soon as she entered our house and replaced side by side next to the chest at the end of the day. When Nora had noticed the worn-down condition of the soles and bought her a new pair, she’d confined them to the closet, never used. That’s how she was—she never changed anything. She genuinely opposed change body and soul, and though her obstinacy was funny, even foolish at times, I can’t deny we liked it. In our lives, my life and those of Nora and Emanuele—who at that time seemed to fluctuate each day, swaying precariously in the wind like a young plant—she was a steady element, a haven, an ancient tree with a trunk so massive that even three pairs of arms could not encircle it. 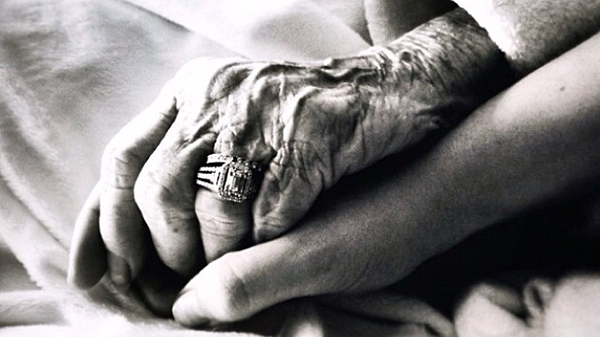 She had become Babette one Saturday in April. Emanuele was already talking, but he was still sitting in the high chair, so it must have been maybe five or six years ago. For months Mrs. A. had been insisting that we go and visit her at her home, at least once, for dinner. Nora and I, experts at declining invitations that even vaguely hinted at family gatherings, had avoided it for quite some time, but Mrs. A. was not easily discouraged, and every Monday she was prepared to renew the invitation for the following weekend. We gave in. We drove up to Rubiana in a state of unusual concentration, as if gearing up to do something unnatural that would require a high degree of industry. We weren’t used to sitting down at the table with Mrs. A., not back then: despite the constant time spent together, an implicitly hierarchical relationship existed between us by which, if anything, she was on her feet, busy, while we ate and talked about our own affairs.

“Rubiana,” Nora said with a puzzled look, gazing at the densely wooded hill. “Imagine living here all your life.”

We toured the three-room apartment where Mrs. A. spent her lonely widowhood, uttering excessive compliments. The information we had about her past was scant—Nora knew only a little more than I—and since we could not attribute a sentimental significance to what we saw, the setting seemed no more, no less than an unnecessarily pompous home, very clean and a little kitschy. Mrs. A. had set the round table in the living room impeccably, with silverware aligned on a floral tablecloth and heavy, gold-rimmed goblets. The dinner itself, I thought, seemed like a pretext to justify the existence of that good china, which obviously hadn’t been used in years.

She seduced us with a menu designed to include a combination of our favorites: a farro and lentil soup, marinated cutlets, fennel au gratin in a very light béchamel sauce and a salad of sunflower leaves that she’d picked herself, very finely chopped and seasoned with mustard and vinegar. I still recall each and every course and the physical sensation of gradually relinquishing my initial rigidity and surrendering to that culinary indulgence.

So we told her the story, and Mrs. A. was moved listening to it, envisioning herself as the chef who’d left the Café Anglais to serve the two spinsters and then spent all her money preparing an unforgettable feast for them. She dabbed at her eyes with the edge of her apron and quickly turned away, pretending to be doing something. Years passed before I saw her cry again, and then it was not out of joy but fear. By that time we were familiar enough so that I wasn’t embarrassed to take her hand and say, “You can do it. Many people let it beat them, but you know illness because you’ve already faced it once. You’re strong enough.”

And I really believed it. Afterward I saw her fall apart so quickly that there wasn’t even time to say a proper good-bye, no chance to find the right words to express what she had meant to us. 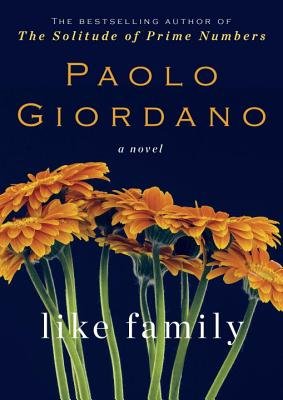 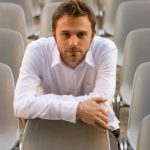 PAOLO GIORDANO is the author of Like Family and The Human Body, as well as the critically acclaimed international bestseller The Solitude of Prime Numbers, which has been translated into more than 40 languages. He is the youngest person ever to win Italy’s prestigious literary award, the Premio Strega. Giordano has a PhD in particle physics and is a full-time writer. He lives in Italy.

PAOLO GIORDANO is the author of Like Family and The Human Body, as well as the critically acclaimed international bestseller The Solitude of Prime Numbers, which has been translated into more than 40 languages. He is the youngest person ever to win Italy’s prestigious literary award, the Premio Strega. Giordano has a PhD in particle physics and is a full-time writer. He lives in Italy.