A provocative look at the world’s most difficult, seemingly ineradicable problems—and the surprising stories of the countries that solved them.

By JONATHAN TEPPERMAN • 5 years ago 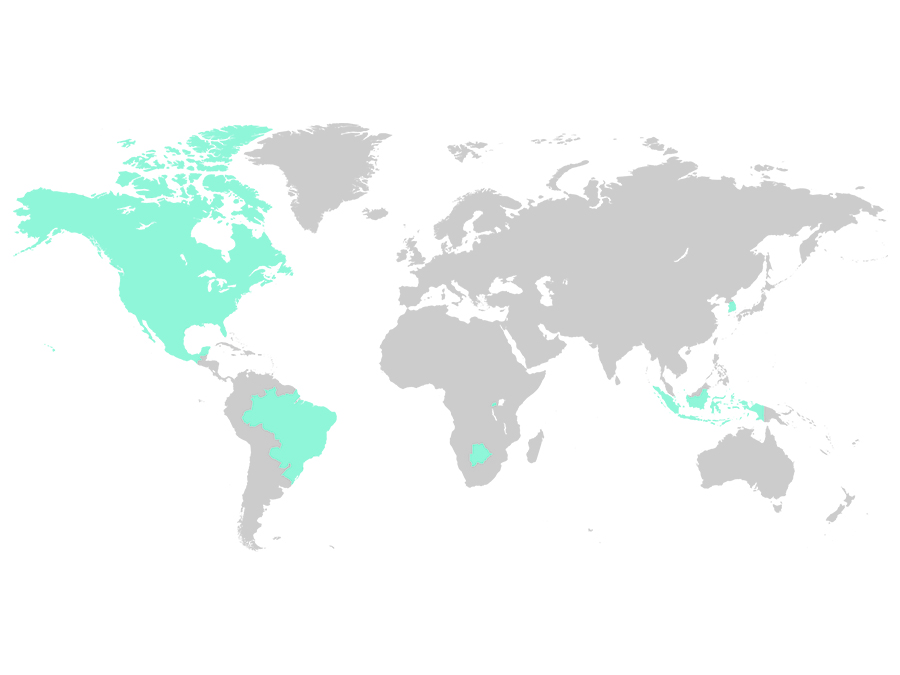 Legends of the Fall

This is a good news book. what follows is a collection of success stories gathered over several years I spent traveling around the world in search of solutions to the great

problems of our day—and the leaders who figured them out. In the ten chapters ahead, I’m going to introduce them to you and take you on a tour of their laboratories, which also happen to be some of the most successful (or at least most interesting) countries on the planet. Along the way, I’ll weave in leadership lessons and practical advice on problem solving distilled from their experiences. And I’ll make an argument for hope in this time of overpowering gloom. More than anything else, this book is meant as a testament to the power of people to get things done. At a time when most of us have glumly concluded that our governments are broken and our domestic and international problems are insurmountable, I aim to show how the right individuals can overcome the most intimidating obstacles—if they follow the right strategies. This book makes a data-driven case for optimism at a moment of gathering darkness.

Before we can get to the good news, however, we need to start with the bad—as so many other conversations do these days.

We’re living, after all, in an era of unprecedented decline—or so, at least, we’re constantly being told. Open a newspaper or a magazine, browse the nonfiction titles at your bookstore, or click on cable news, and the black tide can easily overwhelm you.

Welcome, as The New Yorker’s George Packer has put it, to the great “unwinding.”

Of course, most of us don’t need anyone to tell us that things are falling apart; we feel it every day. We hear about terrorists murdering innocents and fear for our own families. We sense the trouble in our gut when we tear open our stubbornly flat paychecks. If you live in a big city like New York, as I do, you feel the dysfunction in the soles of your feet as you rumble homeward, bouncing along pitted roads or jostling for space on overcrowded subways. Once you do make it home, you confront more ill omens when your bills and bank statements arrive; according to a recent study by the Federal Reserve, 47 percent of Americans now have so little in savings that they couldn’t cover an emergency outlay of just $400. You’re reminded of the problems yet again when your kids walk in the door, having valiantly navigated their underresourced schools. And if they’re lucky enough to get into college, you’ll confront the troubles one more time when their sky-rocketing tuition comes due. (Don’t count on them being able to pay you back, either; unlike previous generations, few young Americans today can reasonably expect to make more money in their lifetimes than their parents did.)

Feeling anxious? If so, you’re not alone: 72 percent of Americans still think we are in a recession, and according to a poll taken in December 2015, just a quarter of US citizens think their country is headed in the right direction. Such pessimism is not just an American phenomenon either; another recent survey found that only 47 percent of Israelis, 38 percent of Russians, 35 percent of Turks, and 20 percent of Frenchmen expect their economic outlook to improve in the next year.

What adds to our dismay is that many of us are still in shock. It wasn’t that long ago that experts and politicians were assuring us that the good times were here to stay. Remember the Aughts, that golden age of progress, progress, and more progress? Fueled by innovation, higher education, and a red-hot real-estate market, America’s economic engine—the world’s mightiest—roared ahead. So did the economies of virtually every other country; during the 1999–2008 boom years, it seemed like your economy was guaranteed to thrive so long as your president or prime minister had a pulse. By the middle of the last decade, emerging markets were growing by an average of more than 7 percent a year, and the developing world had begun to enjoy undreamt-of prosperity. Some 440 million people were lifted out of poverty in just ten years. By 2007, as the emerging-market growth rate hit a scorching 8.7 percent, the global middle class topped 1.8 billion people, and even normally staid economists began declaring that we’d entered an era of “convergence”—a long-prophesied moment when the rest would finally catch up with the wealthy West.

And then came the crash. In September 2008, Lehman Brothers vaporized and the US economy staggered. Soon Europe also caught the bug. Then, like a scene from a zombie movie, the pandemic spread to the developing world. As cash-strapped Westerners stopped buying so many foreign-made smartphones and shoes, factories from Shenzhen to Saigon to San Salvador began shuttering their doors. These closures diminished demand for raw materials—and so the world’s commodity superstores also began to sicken. With fewer goods to transport and cost-conscious drivers cutting back on fuel, the hydrocarbon giants started ailing: Russia’s economic growth rate, for example, fell from 4.5 percent in 2010 to negative territory in 2015.

As the storm spread throughout the global economy, the geopolitical forecast also darkened. The 2011 Arab Spring was soon snuffed out by icy winds as autocrats reasserted control in Egypt, Bahrain, and elsewhere. Vicious civil wars flared up from one end of the Middle East (Libya) to the other (Yemen). And none burned hotter than the one at its core, in Syria.

Then came the terrible spring and summer of 2014. Beijing stepped up its bullying in the South and East China Seas, positioning oil rigs, building airfields, and stationing troops on disputed coral reefs and narrow strips of sand. Russia surreptitiously sent commandos to join the civil war in eastern Ukraine, and then formally annexed Crimea: Europe’s first such brazen land grab since World War II. A formerly obscure offshoot of al-Qaeda known as Daesh or ISIS stormed out of the Syrian badlands and into Iraq. Its fighters erased the 1918 border, seized a third of the country—including Mosul, Iraq’s second-biggest city (along with oil fields and hundreds of millions of dollars’ worth of US-supplied military equipment)—declared themselves the Islamic State, and then began beating and beheading Iraqi and Syrian civilians into submission. In West Africa, meanwhile, Boko Haram—another Islamist death cult—slaughtered some ten thousand victims. And a virulent strain of Ebola began to spread through the region, claiming tens of thousands of victims in Liberia, Sierra Leone, Guinea, and elsewhere.

Things were supposed to get better in 2015 and 2016, if only because it was hard to imagine them getting worse. But with very few exceptions—most notably the US-Iran nuclear deal—they have gotten worse. In January, Islamist terrorists shot up a satirical Paris magazine, Charlie Hebdo. Seven years after the Great Recession, economic growth remained lower than the precrisis average in every major region of the world. Greece teetered on the edge of bankruptcy and, by revealing deep schisms within the European Union, threatened to bring down the whole European project. IS tightened its grip on its new domain, escalating its atrocities, and then, when it began to lose ground, started lashing out abroad: downing a civilian jet over Sinai in October, hitting Paris again in November, inspiring two Californians to commit mass murder in December, and killing more than thirty innocents in Brussels in March 2016. Iran and Russia increased their meddling in Syria, intensifying the savagery. Saudi Arabia and its Gulf allies blundered into Yemen’s civil war, killing thousands of innocents and allowing the local Qaeda franchise to flourish. Millions of desperate refugees fled the region—many headed for Europe, where they produced panic, nativist backlashes, and still more squabbling within the EU. And China’s worsening economic woes, along with the worldwide slump in commodity prices, took whatever shine remained off most emerging markets. Apart from India and a few other bright spots, the world seemed to be entering a dismal new era of slow growth. Between 2010 and 2015, the average emerging-market growth rate fell from 7.4 to 3.8 percent. And the whole planet seemed to be sliding toward another crisis.

All these events, in isolation, would have been frightening enough; General Martin Dempsey, a former chairman of the Joint Chiefs of Staff, captured the prevailing mood well when he called it “the most dangerous time” in his life. Yet what made these episodes even scarier was the way they seemed to expose two more alarming trends. The first was the slow-motion disintegration of Westphalian nation-states in multiple areas of the globe, including the Middle East, the Sahel, and Russia’s periphery. Second, many of these incidents seemed to underscore a growing weakness at the heart of the liberal, rules-based global order. That order was established by Washington and its allies after World War II, and was then reinforced and extended at the end of the Cold War. It has brought unparalleled prosperity and peace to the world in the years since. And yet it now seems to face more threats on more fronts than ever before.

I know I told you that this would be a good news book, and I know it doesn’t seem like that so far. But bear with me—we’ll get to the good news soon. 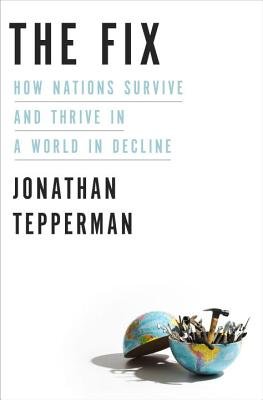 Buy The Book
JONATHAN TEPPERMAN is the managing editor of Foreign Affairs. After growing up in Canada, he studied English at Yale and law at Oxford and NYU. He is a frequent contributor to The New York Times, The Wall Street Journal, The Washington Post, and The Atlantic. He lives in Brooklyn with his family.

JONATHAN TEPPERMAN is the managing editor of Foreign Affairs. After growing up in Canada, he studied English at Yale and law at Oxford and NYU. He is a frequent contributor to The New York Times, The Wall Street Journal, The Washington Post, and The Atlantic. He lives in Brooklyn with his family.