Even Judy Blume Misses her Girlfriends

Kayleen Schaefer, author of Text Me When You Get Home, reflects on why female friendship is so extraordinary and irreplaceable.

By KAYLEEN SCHAEFER • 2 years ago 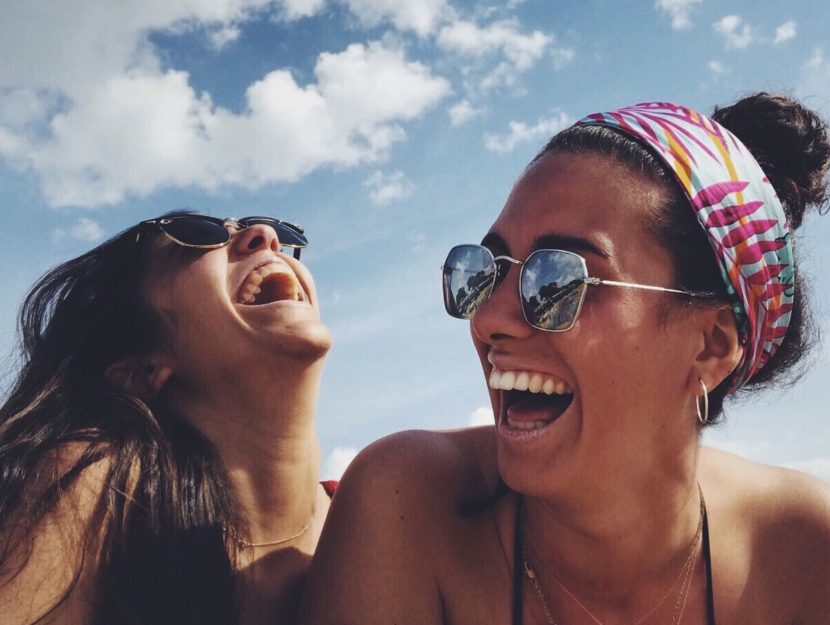 The writer Judy Blume, who is in her seventies, also moved away from her friends when she married, at twenty-one. She and her new husband lived on a cul-de-sac in New Jersey, where she “made this new life, at least that’s what I thought we were doing, a life centered around my husband,” she says. “That’s what we did then. It may not have been true for everyone, but it was true for me.”

But unlike my mom, Blume reports, “I was very lonely. I missed my girlfriends terribly, my women friends.” She soon had two children to take care of, and her female neighbors were raising their own kids, which they did inside their own homes. Today when she’s at her apartment in New York, she sees moms together, pushing strollers in the park or eating together at the kinds of lunch places that specialize in jam.

“I think, Wow, that’s so different from anything we did,” she says. “Because we didn’t go out.”

One of the friends she missed was her best friend, Mary, whom she met in seventh grade, when they were twelve. In ninth grade, they dated the same guy. “We were both mad about this boy,” Blume says. Instead of ruining their friendship, it gave them more in common. “We’d talk on the phone, like after she was out with him, after I was out with him,” she says. “It was like, ‘How many times did he kiss you?’”

When Blume lived in New Jersey with her husband, Mary lived in New York with hers, and the couples didn’t socialize. “We’d married such different guys,” Blume says. “Our husbands were never going to be friends.”

She desperately wanted to find a friend like Mary in New Jersey. Whenever she saw a moving truck on the cul-de-sac, she’d think, This is going to be the one. I’m going to make a friend. She never did. “It just didn’t turn out to be, and I can’t tell you how lonely I was without my female friendships,” Blume says.

Instead, she started to write fiction. Her first book, The One in the Middle Is the Green Kangaroo, was published in 1969, and Blume went on to write many beloved children’s and young adult books, including Blubber, Deenie, and Are You There, God? It’s Me, Margaret. “Writing saved my life,” she says.

But her new career made it even harder for her to make friends with her neighbors. “I think it was more of the times than the women themselves,” she says, “but there was something there in that neighborhood that, you know, there was a lot of, ‘Who does she think she is, writing? What makes her think she can do this?’ There was a lack of support that I had to get back in my life.”

Throughout history, women have seen their bonds dismissed, picked apart, or outright mocked. Men from classical philosophers to religious leaders told women they had weak morals, which made it impossible for them to engage in friendship. Because of this, women may have been close, but they didn’t dare call themselves friends. “In the texts we have, you don’t find the word ‘friend’ connected to women,” says Marilyn Sandidge, who coedited Friendship in the Middle Ages and Early Modern Age with Albrecht Classen. “There aren’t any women saying ‘my friend so and so.’”

Only men used the word “friend” and only to talk about other men. Critics have said this means that women didn’t rely on each other during this time, but “that’s just absurd,” according to Sandidge. Women were friends, but it’s hard to find proof for two reasons, both having to do with how marginalized women were. First, they never wrote about themselves—men did the writing—so the documentation of their private lives was paltry. Men wrote what they thought about women or translated their thoughts. Catherine M. Mooney writes in Gendered Voices: Medieval Saints and Their Interpreters that women’s words “almost invariably reach us only after having passed through the filters of their male confessors, patrons, and scribes.” But Sandidge says when you look closely at how the men writing these books and documents describe what women are saying and doing, you can see that they do have close relationships with each other.

The second reason it’s hard to point to these ties is that even if women suspected they were friends, men told them that was impossible. Women were too deceitful to relate to one another in the pure, selfless way men did.

Men believed their friendships helped them grow spiritually—they were based on being good to one another, behavior they assumed would bring them closer to God. Women, on the other hand, could never be so virtuous. “Only men were strong enough to maintain a serene, mostly rational, idealistic friendship with another person,” Sandidge says.

All women could do, according to men, was mess up men’s lives. Ever since Eve ate the forbidden fruit in the Garden of Eden, which got Adam and her kicked out, women have been cast as sex-crazed, evil-seeking troublemakers. If it weren’t for us, men would never be tempted with sex, fight each other, or do anything else regrettable. Aristotle’s breakdown of the elements in the human body, from about 330 BCE, continued this demonization of women. He saw females as cold and wet, categorizations that meant women were unstable and sexually threatening (males were the opposite, warm and dry). This thinking continued to resonate through the Middle Ages. “We have a lot of liquids coming out of us,” Sandidge says. “Men thought that was gross. That is the heart of this misogyny and the reason we were seen as so sexual and dangerous.”

In the Middle Ages, the single way it was acceptable for women to be friends was if they were cloistered in a monastery. “There they would be trained by the church and have their sex drive contained,” Sandidge says. Those women could then maybe have the same kind of wholesome friendships men did.

As time went on, most men still didn’t accept the concept of female friendship. In the seventeenth century, Katherine Philips, a poet who was known by the pseudonym Orinda, formed what she called “the Society of Friendship” anyway. Historians debate whether the group ever had formal meetings, but they did share poems, and most of what Philips wrote about was friendship between women.

One of her poems, “To My Excellent Lucasia, on Our Friendship,” read in part:

But never had Orinda found
A soul till she found thine;
Which now inspires, cures and supplies,
And guides my darkened breast:
For thou art all that I can prize,
My joy, my life, my rest.

Some scholars have said Philips’s work was about lesbianism, but others, like Sandidge, see platonic affection. In 1657, Philips wanted to clear up her confusion about why she seemed to have achieved these deep friendships even though men told her she couldn’t. She wrote Jeremy Taylor, a religious leader, asking if he could help her understand what was going on. She felt like a true friend. Could she be one?

Taylor wrote back and published his response: “A Discourse of the Nature, Offices, and Measures of Friendship, with Rules of Conducting It, in a Letter to the Most Ingenious and Excellent Mrs. Katharine [sic] Philips.”

His answer, summarized, was that unlike many other men, he was okay with women having friends. He writes, “Madam, you may see how much I differ from the morosity of those cynics, who would not admit your sex into the communities of a noble friendship.” He goes on to talk about how devoted women can be. “A woman can love as passionately, and converse as pleasantly, and retain a secret as faithfully, and be useful in her proper ministries, and she can die for her friend as well as the bravest Roman knight,” he writes.

Still, despite this, he concludes that Philips and all other women aren’t as skilled at friendships as men are, simply because they’re women. “I cannot say that women are capable of all of those excellences, by which men can oblige the world; and therefore a female friend in some cases is not so good a counsellor as a wise man,” he writes.

This history helps explain how the idea that women can’t trust each other, that we’re better forgoing friendship because eventually we’re going to fail at it, became so intractable. Men told us not to rely on our own sex—and turn to them instead.

Excerpted with permission from Text Me When You Get Home by Kayleen Schaefer © 2019. Published by Dutton, an imprint of Penguin Random House LLC. 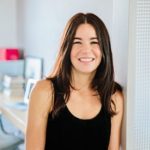 KAYLEEN SCHAEFER is a journalist and author of the bestselling Kindle Single memoir Fade Out. Her work has appeared in The New York Times, Vanity Fair, The New Yorker, Vogue, and many other publications.