A Jewish reader makes peace with the pomp and circumstance of Christmas. 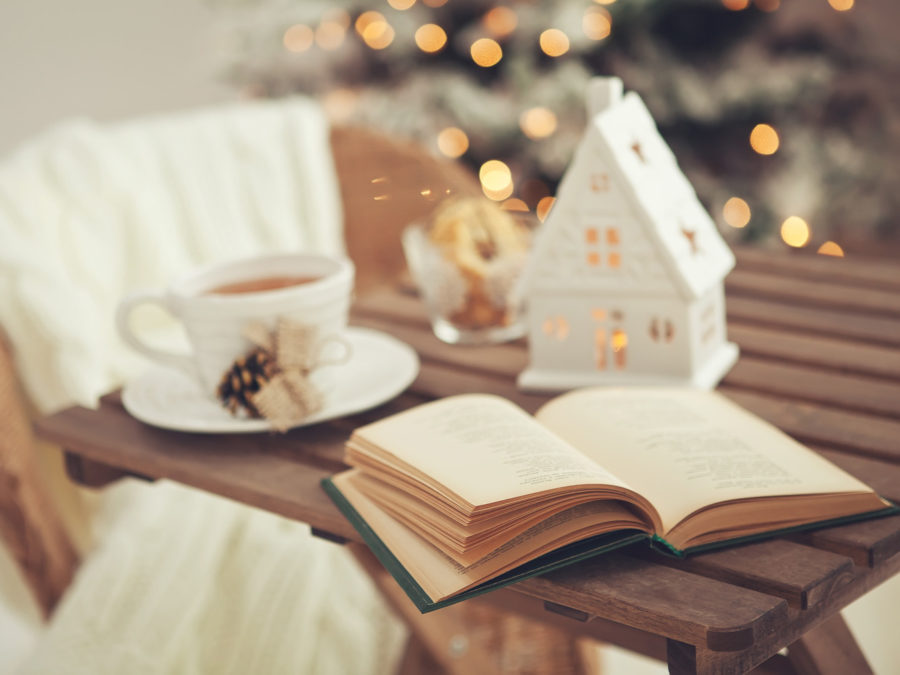 The book I associate most strongly with Christmas is Little Women by Louisa May Alcott. To be fair, I associate a lot of things with this book because it’s one of my absolute favorites, but more to the point, it opens on a Christmas scene. For those unfamiliar with the book, I recommend you read it, but for now, suffice it to say that the book opens on the four March sisters—Meg, Jo, Beth, and Amy—are sitting around before Christmas and wondering how on earth they’re going to manage to enjoy a holiday with no presents. The Marches are relatively poor for a middle class American family, and the Civil War is being waged, and their money is going to the troops, and to their father who’s serving in the war as well (on the Union side).

But the girls end up making their own fun. First, they use their holiday money (which apparently isn’t the same thing as a present) to buy presents for their mother, to cheer her up. Then, on Christmas day, they bring their meal to neighbors less fortunate than themselves who are starving and freezing. Finally, they end their day happily with their mother, all of them curled together in a scene of 19th-century domestic bliss. It may sound incredibly sappy, and it sort of is, but that’s exactly why I’ve always gotten a huge kick out of it.

As a Jewish kid growing up in Israel, Christmas was this incredibly pagan-seeming holiday. There’s so much pomp and circumstance to it: a tree, presents, carols, stockings, lights, and did I mention a real actual tree that people drag into their houses? I mean, you have to admit that from the perspective of someone who saw Christmas mostly through the Hallmark-tinted glasses of television shows and movies, it is a pretty extreme holiday when it comes to cuteness.

But the holiday as portrayed in Little Women always conveys to me the ways in which Christmas is supposed to be celebrated according to the various tenets I’ve picked up from Christian friends and pop culture alike: the spirit of giving, humility, love, family, and fun. Maybe that’s why I vastly prefer it to the various Christmas episodes that pop up in every TV show during Yuletide time.

Another book that portrays Christmas in a way that made me adore it is Mandy by Julie Andrews Edwards. Yes, that Julie Andrews. You, know the one who sings about the hills being alive? She wrote a gorgeous children’s book—we’d classify it as middle grade now—about an orphan named Mandy who lives in what is pretty much the most perfect orphanage there ever was. Still, she’s lonely, being one of the oldest there, and when she discovers a whole world beyond the orphanage wall—an estate belonging to the new next door neighbor, though she doesn’t know that at first—she revels in having something of her very own, something private and secret and beautiful. She adopts a small cottage, cleaning it up and stocking the pantry, and going to great lengths to obtain what she needs to make the garden beautiful and the insides spotless.

When things go south (as they are wont to do in books where children sneak around without telling adults what they’re up to), Mandy, who has been told to stay put at the orphanage, can’t bear to abandon her cottage. She sneaks back there, and her cold turns deadly. She’s lucky enough to be found by her neighbor, who brings her to his big estate. He and his family treat her like the daughter they never had, and the wealth, both literal and spiritual, she’s brought into is as scrumptious as the most vivid imaginations of an orphan’s happily ever after. It’s because of the gifts Mandy gets during her first Christmas that gave me an itch during my childhood for a very particular kind of teddy bear (the way her teddy bear is described made it seem like the cuddliest teddy bear ever). Reading about Mandy’s joy in this family that unexpectedly took her in made even the idea of hymns seem tolerable (when I was a kid, I didn’t yet know what hymns sounded like, having never heard any religious music that wasn’t Jewish before, and so I assumed they were purely hummable—hymn, hum, you can see how I got there—melodies, which sounded atrociously annoying to me). Both Mandy and Little Women always give me a mushy feeling when I read (and reread) them, so the Christmases they describe have always made me crave one for myself.

I have some Jewish friends who are staunchly against celebrating Christmas. They’ve been surrounded by it here in the U.S. their whole lives, and were the only Jewish kids in their class or in their neighborhoods. But I grew up in a country where Christians were a minority, and, by extension, Christmas wasn’t celebrated in any sort of public way. No decorations in store windows, no streamers in cafes, no fairy lights lighting up the neighborhood trees one night, and definitely no carolers. Now that I live in New York, every year I get wowed anew by the plethora of Christmas decorations that pop up everywhere. This year, for the first time, my partner is insisting on getting a tree (a little one!) for our apartment.

Of course, real Christmas can never live up to the magic of holidays in books. When I grew older, I began to appreciate the possible humor to be found in Christmas as well as the sappy joy. Sir Terry Pratchett’s The Hogfather was a wonderful help there, showing me that it was possible even for a full-blooded Englishman (a knight, no less) to write mockingly, yet still rather lovingly, about the traditions of Christmas. I wouldn’t have appreciated the book nearly as much, though, if I hadn’t already developed a deep place in my heart for all things wintry, snowy, and red-white-and-green.

This year, I’d rather remember the spirit of those earlier Christmas books, though. With so many people in need in this winter of our national discontent, I’ll be donating what I can to those organizations and people who need it; I’ll be grateful and thankful for the kindness of the people I keep near and dear to me; and I’ll try to remember that it’s not only one holiday that should be about generosity of spirit and love. Instead, just as every day of the year should include good books, so too should they include empathy, love, and an attempt at fostering community.