Who says only the children get to dress up? For your reading pleasure, I’m listing my favorite 10 literary Halloween costumes for the bookish prankster in all of us. 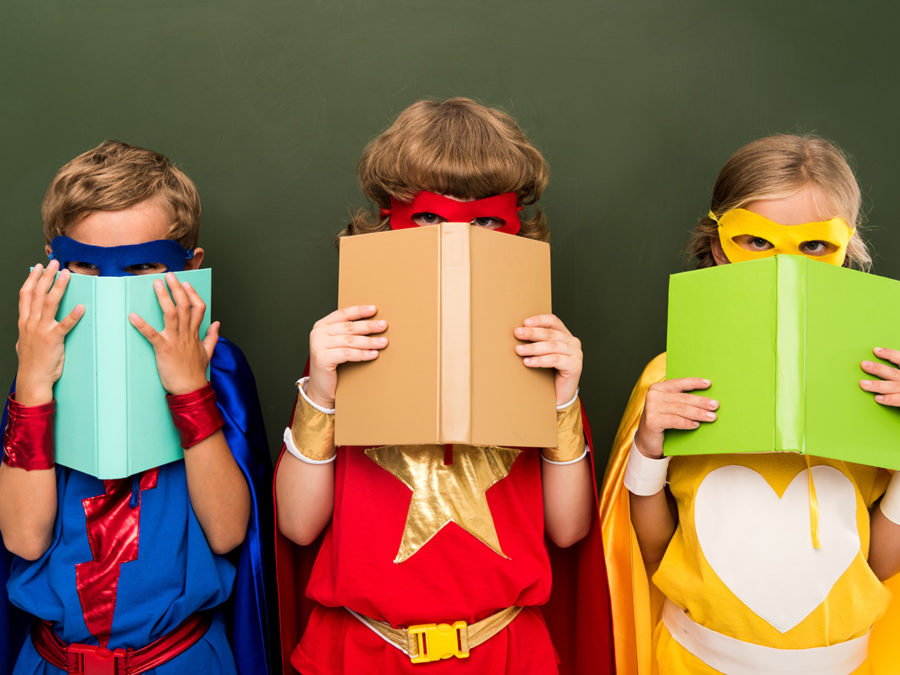 Ladies and Gentlemen, fall has descended upon us. Leaves are changing. The wind is more brisk than refreshing. And the children now no longer want to play outside, making getting solitary reading time a tad more hard to come by.

Luckily, with the fall season comes a myriad of fun holidays, including my personal favorite—Halloween! Who says only the children get to dress up?

For your reading pleasure, I’m listing my favorite 10 literary Halloween costumes for the bookish prankster in all of us. There’ll be no need for tricks—and plenty of treats—with these getups!

1. Hester Prynne, from The Scarlet Letter
Well, this one is rather obvious, but some of us busy RIFers might be low on costume-makin’ time! For this dress, go to your local thrift store and pick up a dress that looks vaguely colonial. (With Thanksgiving approaching, it shouldn’t be too hard to at least find a “pilgrim”-esque dress.) Then cut out a giant A out of red felt and stick it on your chest. If you want to really go for it, you could hold a Bible and look forlorn, or have your better half dress like pastor Arthur Dimmesdale and trade not-so-furtive loving glances with one another throughout the night.

2. Elizabeth from The Paper Bag Princess
Remember this classic picture book? It’s quite an easy costume, especially for a child—just wear a giant paper bag. Have someone else dress up as the dragon. Or, for ease, walk around holding a stuffed animal one. Frizzy/singed princess hair optional.

3. Holden Caulfield, from The Catcher In The Rye
This costume involves a little costume and a lot of attitude. All you really need is a nice winter jacket, a red hunting cap, and a pack of cigarettes. What really makes or breaks this costume is your frequent use of the word “phony.” If you see an attractive lady, perhaps you suggest “giving her the time,” too.

4. Bernadette, from Where’d You Go, Bernadette?
Hailing from a relatively new book, this costume is less likely to be understood, but those in the know will definitely get a kick out of it. Wear large shades and a scarf around your head, along with a fisherman’s vest. Be sure to carry around travel guides and maps to Antarctica, as well. The more caustic remarks you can make about Seattle, the better.

5. Gulliver from Gulliver’s Travels
Find a properly frilly shirt and matching bloomers and stockings at your local thrift store. Or maybe you already have an 18th-century period costume in your closet. Either way, wear said outfit, then attach miniature toy soldiers to you via string to play the part of the Lilliputians.

6. Miss Havisham, from Great Expectations
If you feel like getting in on the “creepy” factor of Halloween, this is the costume for you. All it requires is a used wedding dress (available at most thrift stores) and a forlorn expression. Be sure to wear only one shoe. If you really want to go for it, walk around with an uneaten piece of wedding cake, or a clock stuck at twenty minutes to nine. While you’re at it, maybe you want to write yourself a sad breakup letter from Compeyson and force people to read it.

7. Patrick Bateman, from American Psycho
In keeping with the creep-out factor, let’s go with everyone’s favorite psychotic, the incredibly charming – albeit deadly—Patrick Bateman. Wear a chic suit and a yellow tie splattered with “blood.” Ask to see others’ business cards while handing out your own. Later, bring out an axe. (If you really want to go for it, perhaps bring out a woman’s bloodied wig and pretend it belongs to one of your victims.)

8. Scout from To Kill A Mockingbird
In the climax of Harper Lee’s beloved novel, Scout battles Bob Ewell and is rescued by Boo, all while sporting a giant ham costume made of wire and mesh. Maybe you want to give this costume a try, minus the racism and destruction of innocence.

9. Paddington Bear
At your local costume shop, find yourself a pair of bear ears and whiskers. Next, get out your rattiest suitcase and attach the label “Wanted on Voyage.” Find yourself a pair of rain boots (preferably Wellingtons), a red rain hat, and a blue duffle coat with wooden toggles. Attach the note – “Please look after this bear. Thank you” – on said coat. For extra points, walk around carrying a jar of marmalade or a marmalade sandwich. This costume will delight both children and adults!

10. Mrs. Whatsit, from A Wrinkle In Time
This might be your cheapest option. In the book, Mrs. Whatsit is described as a very old woman covered in layers and layers of clothes. Using an eye pencil, draw some wrinkle lines on your face, then wear as many layers of clothes as comfortable. Be sure to ask after your friends “Mrs. Who” and “Mrs. Which.” If you can figure out how to later morph into a winged centaur, prepare to win that costume contest!