Part Two of a summer reading list you’re going to love! The Top 10 Beach Reads Countdown: by RIFers, for RIFers.

We asked you to help us create a summer reading list, and you shared hundreds of recommendations – from what you’re reading now, to what’s on your TBR list this summer, to your classic favorites that you read again and again.

Here are the top five books you recommended the most. Check out Part One! 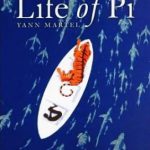 5. Life of Pi by Yann Martel. After the sinking of a cargo ship, a solitary lifeboat remains bobbing on the wild blue Pacific. The only survivors from the wreck are a sixteen-year-old boy named Pi, a hyena, a wounded zebra, an orangutan—and a 450-pound royal bengal tiger. A modern classic; like so many RIFer beach reads favorite, Life of Pi made into a blockbuster film. 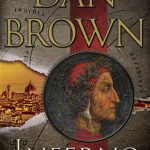 4. The Inferno by Dan Brown. Features Robert Langdon, professor of Religious Symbology at Harvard, and returns to the world of 14th century medieval Italy. But this time Brown turns his attention to the writing of Dante Alighieri, best known for his masterpiece, The Divine Comedy. Tops the list of what RIFers are reading this summer. 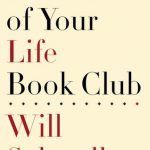 3. The End Of Your Life Book Club. by Will Schwalbe. During her treatment for cancer, Mary Anne Schwalbe and her son Will spent many hours sitting in waiting rooms together. To pass the time, they would talk about the books they were reading. Once, by chance, they read the same book at the same time – and an informal book club of two was born. A favorite RIFer book club read this summer! 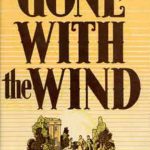 2. Gone with the Wind by Margaret Mitchell. The epic novel of love and war that won the Pulitzer Prize and went on to give rise to two authorized sequels and one of the most popular and celebrated movies of all time. It’s one of the classics we re-read every few years (usually on the beach!). RIFers mentioned it frequently as a favorite summer classic. 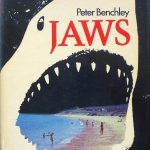 1. Jaws by Peter Benchley. Set it Amity, a fictional seaside resort town on Long Island, New York in 1973, the classic blockbuster thriller of man-eating terror that inspired the Steven Spielberg movie and made millions of beachgoers afraid to go into the water. The most frequently named “best beach read of all time” by RIFers! Do you agree? Tell us in a comment!


Check out Part One. Why not leave a comment with your favorite summer read of all time? We’d love to hear from you!