The Music I Listen To While Writing

When writing his novel The Marauders, author Tom Cooper found he couldn't listen to just any music. Here, he shares his writing soundtrack and undying love for Brian Eno.

By TOM COOPER • 5 years ago

I love all kinds of music. I’m kind of a music nerd. I began my writing career, if that’s what you’d call it, as a music journalist, albeit a half-assed one. But I never used to listen to music while writing. That is, until a few years ago.

Chalk that change up to loosening up a bit, unbuttoning my proverbial collar. My regular go-to stuff, like The Fall and Spoon, is off the table, since I can’t listen to versus-chorus-verse songs with lyrics while writing. Too distracting. The rhythms have to be more freeform and organic.

Classical and jazz…I’m embarrassed to admit that I don’t listen to too much classical or jazz. They leave me cold. I’m a philistine, I guess. Specific bands and artists I can listen to? Aphex Twin. Boards of Canada. Can. Fela Kuti. Emeralds. The Field. Kolsch. Stars of the Lid. Angelo Badalamenti’s work with David Lynch. The Bladerunner soundtrack. Some of the soundtracky records from the Italians Do It Better label. 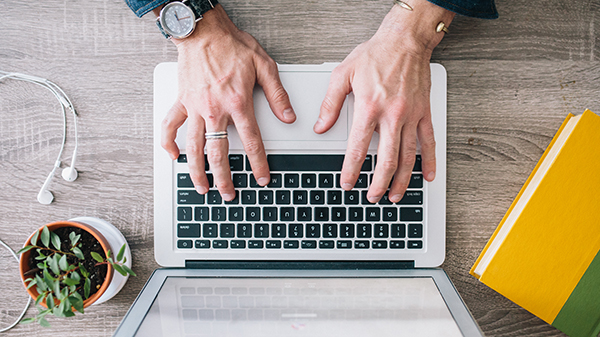 A label called Waxwork has reissued on vinyl the soundtracks of many obscure late seventies and early eighties horror movies. The books I’m working on now have a midnight movie feel about them, so these soundtracks—cheesy in a great way—have been a source of inspiration. Lately I’ve been digging Cluster, Harmonia, and Michael Rother’s solo records. Motorik music, krautrock. I love Jamaican dub music. And I love the soundtracks of John Carpenter. I’m so glad he’s enjoying a well-deserved renaissance. Some of those records, he did everything by himself, on the fly. Incredible.

I guess my main go-to guy, though, is Brian Eno and his ambient work. There’s so much there. Brian Eno is an idol of mine. His work, his philosophy, his “oblique strategies,” his work ethic, his production techniques—they’ve not only been deeply instructive but inspirational, both with my writing and my other creative pursuits, including an instrumental record which I’ve been working on for a long time and which I hope to release via my website in 2016.

Maybe, in the spirit of Brian Eno’s Music for Airports, I’ll call it Music for Writing.

Tom Cooper’s suspenseful thriller The Marauders is out now. 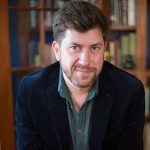 TOM COOPER has been published in dozens of literary magazines and journals, most recently in Oxford American, Mid-American Review, Gulf Coast, Boulevard, and Willow Springs. His stories have been nominated four times for the Pushcart Prize. He lives in New Orleans.

TOM COOPER has been published in dozens of literary magazines and journals, most recently in Oxford American, Mid-American Review, Gulf Coast, Boulevard, and Willow Springs. His stories have been nominated four times for the Pushcart Prize. He lives in New Orleans.