The Art of the Cliffhanger

By Peter Clines • 5 years ago

I love a good cliffhanger. One of those moments when you leave the audience dangling with nothing but their own guesses to explain what happens next. I like writing them, reading them, and watching them. A well-done one is wonderful on a bunch of levels.

As my own writing style’s developed, I’ve kind of become a fan of what you could call the “sliding-up-to-the-cliff” cliffhanger, where the reader’s given all the clues and facts and left on their own to make that last, inevitable step. 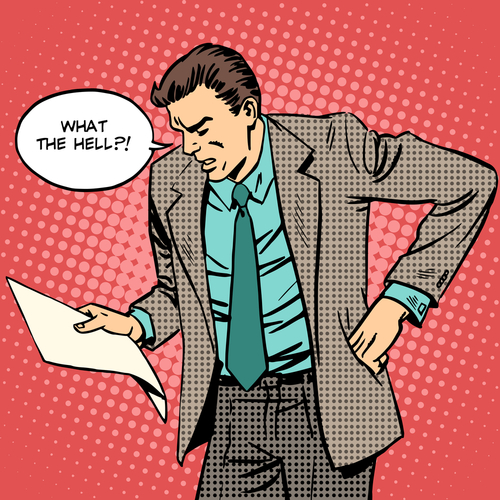 All that being said, when someone recently asked me about cliffhangers, my mind immediately went to the obvious place. And that place was Doctor Who.

This isn’t much of a shock, in retrospect. While lots of you know the newer show, the original had a very different format. Back in the olden times—when I counted my age in single digits and British sci-fi only came to us through the Boston PBS station—Doctor Who tended to be two hour stories broken up into four half hour episodes. And each of these episodes would end on a big cliffhanger with a shrieking musical stinger.

It didn’t take me long (well, okay, maybe a year or two—again, barely stretching into double digits) to recognize a certain pattern. You could call it a good ground rule for a cliffhanger—our first point. Pretty much every episode would end with things suddenly getting somehow worse. The disintegrator ray makes the robot grow for some reason. The Doctor attempts to distract Sutekh and finds himself severely outmatched. One of my favorites had the Doctor delivering the ominous closing line “I thought I’d locked the enemy out. Instead I’ve locked it in… with us.”

(Yes, all of these are from the Tom Baker era—WGBH only had a few seasons and they ran them again and again for years. Well, it felt like years.)

What happens next? The anxiousness for an answer is a key part of a good cliffhanger.

To put it another way, all these endings had something go horribly wrong. Whether it was action-based or a big reveal, it was always a moment of extreme tension that left me wanting to know what happened next. Notice that almost every one of those descriptions above could end with “and…?” They are, in a way, asking powerful questions. What happens next? The anxiousness for an answer is a key part of a good cliffhanger.

Now, that gives us a nice second point—a corollary to the first—which is that the cliffhanger needs to be asking a real question. The answer to that “what happens next?” needs to drive the story forward, one way or another.

In this day of serialized novels and clickbait headlines (“you won’t believe what happens next”—with one headline this article destroys the myth of cliffhangers), it’s not uncommon to have a story beat presented as dramatic setup, but it’s really just a kind of mundane plot point that’s been split in two and dressed up with a little false drama. And that kind of thing wears thin pretty quick. Does she have enough gas to make it across town?! I guess we’ll find out two days from now when she has to drive across town.

Unless she stops at a gas station first.

That’s a third point. Just as a cliffhanger needs to ask a real question, it needs to get a real answer. A cliffhanger should make the reader near-desperate to find out what happens next, and that desperation should be rewarded with a nice payoff. As the writer, I owe that to the reader. If that robot grows to enormous size and then just wanders off without incident…well, what was the point of that? 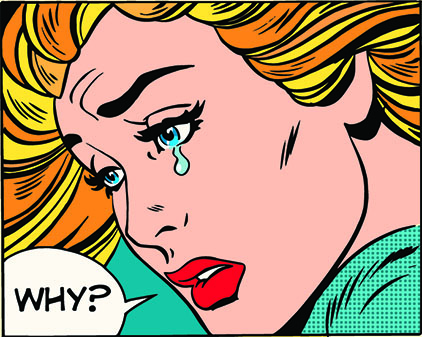 I’ve even seen a few “cliffhangers” that ended, well, just the way it looks like they’re going to. The supporting character is caught red-handed at gunpoint and then… shot dead by the guards. Again, a good cliffhanger should have an inherent question, and the answer shouldn’t make the question itself redundant.

Finally, silly as it may sound, the cliffhangers always came at the end of something. An episode, a book, a chapter, even just a section of a chapter.  Yeah, I know, that may seem kind of silly and obvious, but it’s something I’ve seen folks mess up. They create big, dramatic cliffhanger moments and then resolve them instantly. Not even next-chapter, I’m talking the very next paragraph.

Once again, Doctor Who taught me why. Y’see, for a brief period, a few PBS stations tried to edit those four parts together into a single episode. And the results were, well, a bit uneven. There’d be that big moment of tension, complete with dramatic music…and it was immediately resolved. And then, about twenty five minutes later, another moment of huge tension… which was immediately resolved. It felt uneven and broke the flow of the episode every time it happened. And when the flow gets disrupted too often, that’s when readers and audience members get up for snacks. Or to find something else to do.

Just like a good twist, a cliffhanger needs space to work. It’s not a one-two combo, it’s a strike to the gut and then a wait for the next punch to hit. As I mentioned before, it’s that anxiousness that makes a great cliffhanger. If I’m not waiting for the resolution, this isn’t a cliffhanger, it’s just a plot point.

Now, granted, this is all just advice, not hard and fast rules. There’s always going to be an exception or two, and a good writer will find them. Overall, though, I’ve found these four to be very solid rules-of-thumb if I want to leave an audience hanging by their fingernails.

In fact, I tried to keep these four points in mind while finishing up my new book, Ex-Isle. It’s the fifth book in the Ex-Heroes series. I’d been joking with my editor for a while, that I might end the book with a bit of a cliffhanger, a question I could leave unanswered. One that would make fans of the series demand to see at least one more book so they could know what happens next.

Did I do that? 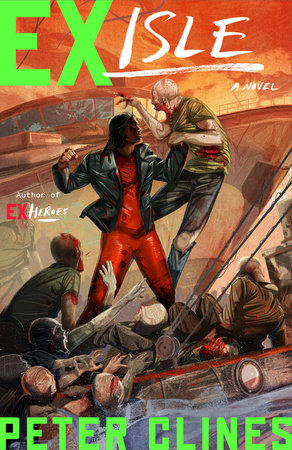 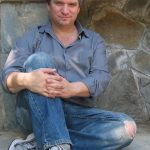 PETER CLINES has published several pieces of short fiction and countless articles on the film and television industries. He is the author of the Ex-Heroes series and the acclaimed standalone thriller 14. He lives in Southern California.

PETER CLINES has published several pieces of short fiction and countless articles on the film and television industries. He is the author of the Ex-Heroes series and the acclaimed standalone thriller 14. He lives in Southern California.