When You Share a Name With a Literary Character

Would a character by any other name mean as much?

By Eleanora Buckbee • 5 years ago

What’s in a name? Well, if you share one with a famous literary character…a lot! When you read a book where the protagonist shares your name, it’s easy to get invested in the character.

Most of my friends and family call me by my nickname, Nora. As a kid, I was thrilled when my parents gave me a picture book titled Nora and the Bear, about—you guessed it—a girl and a bear. Nora gets lost in the snowy woods, and the bear she was supposed to be hunting helps guide her back to her village. For my reading level at the time, it was an action-packed thriller. I felt a frission of excitement whenever I saw my name on the page, and it was like reading about an adventure I could have in the future. I’m sure the enjoyment of reading that book is one of the (many) reasons I became a bookworm.

I felt a similar sense of kinship when I read A Doll’s House in high school. Written in the late nineteenth century, the play was ahead of its time in its portrayal of an independent woman. Nora, the protagonist, challenges societal norms and leaves her husband so she can discover herself. I found myself feeling protective and proud of the character, as though we had a special connection. 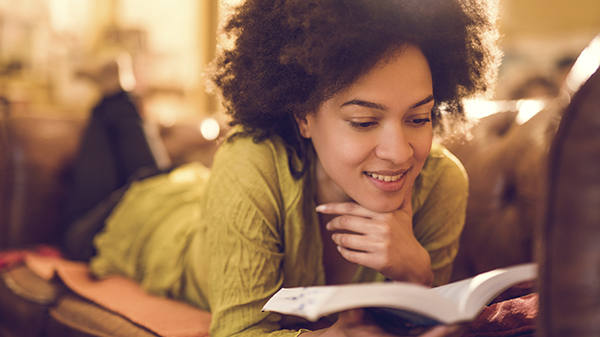 The name Nora has grown in popularity since when I was a kid, but I still don’t encounter many other Noras. Maybe that’s why I found it so exciting to find characters with my name. It got me thinking about people who might have less common names, but share them with notable literary protagonists. Do Daisies have a similar feeling when they read The Great Gatsby? What about Scarletts, when they read Gone with the Wind? Or Harriets reading Harriet the Spy? What about Mollys slogging their way through Ulysses? Even if you have a more common name, I’m sure there’s still that sense of connection when Janes read Jane Eyre, or Elizabeths read Pride and Prejudice. When we read, we can’t help but relate to, or empathize, with the characters on the page. Sharing a name with someone makes it that much easier.

On the other side of the coin, what about when the character that shares your name turns out to be evil? There probably aren’t too many people named Draco or Humbert, but it probably still stings. Do you feel a sense of shame or responsibility if your name is Patrick and you read American Psycho? Maybe one day an evil Nora character will surface in a book I’m reading, and I’ll find out for myself.

Have you ever felt connected with a literary character who shared your name? Who were they and how did they make you feel? Tell us in the comments!

ELEANORA BUCKBEE is a lifelong bookworm who, as a child, once tried to read while riding her bicycle. It didn’t end well. She now reads in safer places. Eleanora lives in Boston with her British husband and a scruffy rescue dog, and enjoys cooking, travel, and photography.