RIFers on the Read It Forward Best Books of 2012

RIFers, as 2012 comes to a close, all of us at Read It Forward are grateful to have shared another year of fabulous books with you.

We’re so glad you’re here, and we’re delighted to present the Read It Forward Best Books of 2012! Featured on Read It Forward and chosen by RIFers, the titles below (in no particular order) received the most “Likes,” shares, tweets, comments, and reviews from the Read It Forward community. These novels, memoirs, and books that inspire really got you talking this year, and we want to continue the conversation.

“What a funny insight into life with a rooster,” says RIFer Stef of Buddy by Brian McGrory. “I really enjoyed this book – it made me laugh and I have to admit I teared up at times. Anyone who has had a beloved pet will enjoy this book. It also made me want to return to Boston! Thanks RIF for sending me this book!”

“This book seemed like a Moroccan Bonfire of the Vanities to me,” says RIFer Lori of The Forgiven by Lawrence Osborne. “There were no likeable characters, and it was scary to see the depiction of barely under-the-surface hatred of ‘infidels’ by the local population as well as the callousness of most of the Westerners in the story. I flew through the book despite its darkness and found it something of a cautionary tale.”

“This was a great read, says RIFer Dawn of Afterwards by Rosamund Lupton. “Told from the point of view of a mother’s ghost/spirit (while she’s in a coma) in the aftermath of a horrible crime. Love how it goes from the present happening around her to her memories of the event, her relationship with her husband, kids, friends. Several twists – it keeps you guessing on who actually did it. Powerful, I cried through the last chapter or two. Passing it on to some friends.”

“I have followed Gretchen’s blog for years and hope to read her new book while sitting at home with the aromatherapy (fig scent) going,” says RIFer Joan of Gretchen Rubin’s Happier at Home. “She always has such good, practical advice. Gretchen is so encouraging and keeps things simple. You think to yourself ‘well, surely I could try that!'”

“Spanning from Nazi Germany in 1945 to the border town of El Paso, Texas in 2008, the book’s unforgettable characters go through so many hardships to come out the other side,” says RIFer and LuxuryReading blogger Colleen of Sarah McCoy’s The Baker’s Daughter. “They demonstrate the essential fact that to have a life worth having one must face the darkness of their past, seek forgiveness, forgive where necessary and move past that darkness into the light of the future.”

“Reveals the religious beliefs, traditions, and lives of several Hasidic families,” says RIFer Pattie of I Am Forbidden by Anouk Markovits. “I felt frustrated and confused along with the characters in the book. The cover of the book portrayed the book’s theme: a woman’s face and a Rebbe’s face, on one body. Makes the reader wonder if the author was reliving the same emotions of her characters while she wrote the book. A definite read for everyone from YA to adults.”

“What a fascinating and well written study on the differences between introverts and extroverts and what goes in to making them that way,” says RIFer Diane of Susan Cain’s bestseller Quiet. “I believe anyone managing people in any capacity should read this book as well as parents who are raising children, wondering why they are so different.”

“An incredible thriller,” says RIFer Jana of Lisa Unger’s latest bestseller Heartbroken. “I don’t usually pick up fiction, but I wanted to read this one because I was one of the winners in the RIF program. I absolutely could not put this book down. I loved how all the characters unfolded throughout this book and how I didn’t have the plot figured out in advance. Heartbroken kept me up late a couple of nights, because I could not put it down. I have already shared this book with a friend!”

“I was vaguely aware that Alexandre Dumas was black, but I had no idea of his family’s history,” says RIFer Pat H. of The Black Count by Tom Reiss. “The Black Count refers to Alexandre’s father, Alex, whose rise and fall in revolutionary and Napoleonic France was truly ‘stranger than fiction.’ Reiss provides an excellent amount of historical background without becoming bogged down in details. No wonder Dumas used his father as the basis for several of his fictional characters.”

“This book lulled me into its dark depths,” says RIFer Cathy R. of Gillian Flynn’s blockbuster bestseller Gone Girl. “Flynn is masterful at twisting and turning the plot without relying on standard ploys. You will be surprised again and again, and then once more. Gone Girl starts with a bang and the momentum never lets up. You just can’t stop turning the pages because you have to satisfy the hunger to know the ending.” 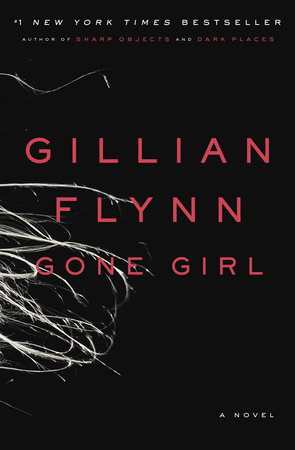