Reading Against the Tide

Have you ever been disappointed or embarrassed that you didn't like a book that everyone else did? Or have there been books that you adored but others didn't?

I’m a lover of literary fiction and I devour all the latest and greatest titles. Usually, if a book is getting buzz in literary circles and good review coverage in places like the New York Times, I’m almost always down with it. But once in a blue moon a book that the literary elite—my friends included—are going gaga over just doesn’t resonate with me and, admittedly, it makes me feel kind of dumb; like I’ve missed something critical.

Case in point: Everyone and their mother has been espousing the virtues of the bestseller All the Light We Cannot See. A third of the way into it—despite my admiration for the writing—it just wasn’t seducing me. I gave up on it and continued to watch Facebook updates about how incredible it was and to see it proudly on prominent display in book stores. I wanted so badly to like it, and I hated feeling like I just wasn’t getting it.

It made me empathize, though, with a friend who tried and gave up on The Goldfinch, the novel that captivated the elite reading community last year—and caused massive lines outside of The Frick Museum in New York City, where its namesake painting was on exhibit.

The Goldfinch is perhaps one of my favorite books of all time, so I barraged him with questions: Don’t you think the characters are some of the most interesting ever written? Aren’t you in awe of the stylistic devices? In other words, what the hell is wrong with you? I was certain he was just being contrary; that he refused to like it for the very reason that everyone else did.

That got me thinking (cue Carrie Bradshaw): How much do others’ opinions subconsciously sway whether we’ll like a book or not? I thought back to when Eat, Pray, Love was published and how every single woman I knew in New York City and beyond was a believer. I’d lapped it up and loved it too.

Then, ironically, a few years later there was a major backlash. Suddenly, people seemed to be coming out of the woodwork to say they didn’t like the book, that it was unrealistic, the narrator unlikeable. Some of these people had been early adopters. So what happened?

Did the book become uncool because of its mainstream popularity, made into a movie with Julia Roberts as the lead? Or had readers been swept into thinking they loved it in the first place? Or maybe it was a little bit of both. Though I remain certain that the book resonated with me greatly, I’m more self-conscious of admitting it these days. Ridiculous, I know, but I’m just being honest.

At any rate, I try to be kinder to myself now if I can’t love a book that I seemingly should, and not as embarrassed to say so. After all, reading is ultimately a very private, intimate experience and, in the end, it’s really just about you and the words on the page. 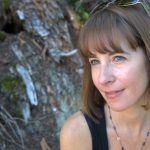 NICOLE SPRINKLE has spent her career in publishing. She's been a health editor at Parenting magazine and has written about health, parenting, food and travel for national magazines like Family Circle, All You, Fit Pregnancy, Natural Solutions, Brides, Bridal Guide and Time Out New York Kids. She has contributed to the New York Times' "Motherlode blog" and writes for the Huffington Post's Parentry blog. She is currently the Food + Drink Editor at Seattle Weekly.