Lust, Books and the Apocalypse

Jowhor Ile, author of the debut novel And After Many Days, on the ways his Nigerian upbringing shaped his hunger for reading and books.

By Jowhor Ile • 5 years ago 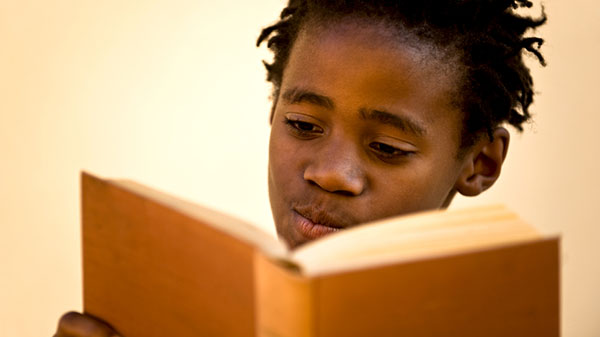 When I was five, I tried to stop rain. There was a storm and I stood beneath thee eaves of our house, with a stick firmly held out, and muttered, ‘Stop. Stop’. The rain ignored my command; I gave up but resumed at the next downpour. I had read of something similar done in a picture book, a story about Moses, where he held out a staff and a sea parted before him. I couldn’t understand why the rain wouldn’t act accordingly. I look back now and tell myself it is quite common for children about that age to covet supernatural powers: the ability to fly for instance, or to teleport. Never mind that my own attempts to bend the world by the sheer force of will lingered beyond childhood, into late adolescence. Fiction and what was real lay too closely to each other. To read of something was to actually experience it, to claim it for myself. As a child growing up in Port Harcourt, a laid-back port city in southern Nigeria, my own life was bland, uneventful. I was restless, dreamy; life seemed to be going on somewhere else. To change this, I transformed my days by cramming them full with experience, entirely by way of reading.

Port Harcourt in the mid 90s was a stifling place. Nigeria had been brought low by an oppressive military dictatorship; infrastructure had failed, the middle class had collapsed. We lived in the suburbs, in a large house that was falling apart. There were books in it, plenty of love and little money. My own sense of the world outside our home was one of encroaching economic, social and psychological desolation. There was one state library in town, which you visited for the space and quiet rather than to take out books.

Swapping novels was the order of the day. Friendships were forged on this basis. Friendships ended, were put in serious danger due to disputes arising from this. (A ripped cover, soup stain on a page, or the very worst, a misplaced book!)

My best friend and I used to show up at the homes of people we didn’t know well, after we had received intelligence they had a private library worth raiding. We were polite, well-mannered teenagers that any Nigerian parent would be proud of. But here we were, pressing a doorbell or knocking until someone appeared by the door. You had only a few seconds to make a good impression, which meant keeping an innocent face and sometimes lying through your teeth. I would direct all my energy towards willing the person at the door to be nice to us, to let us in, and ultimately to allow us each a haul of books. It sounds deranged, but hunger blinds, desire can unhinge.

The first Stephen King book I read was loaned from a house not too far from where my cousins lived. Our reading was determined by other people’s taste in books and reflected eclecticism of our social circles—a Harlequin Romance might come right before Thomas Mann, Jeffery Archer after James Baldwin. We didn’t complain that books were boring; it was all about the degree of attention you were willing to offer.

There were also vendors who heaped second hand books by the roadside. There were cookbooks, memoirs, DIY, poetry, self-help books, and novels—mostly imports from Europe or America. Occasionally, we’d discover gems in those piles. There is a 1970s anthology, Poems of Black Africa edited by Wole Soyinka, to which I have an unqualified attachment to till this day. One afternoon, I picked out a slim volume, To a God Unknown, by John Steinbeck, a writer I had never heard of but with whom a long love affair began.

The book scarcity of that decade receded, but a psychological hunger persists in me, a hoarding mentality. For a year, in 2014, UNESCO designated Port Harcourt the World Book Capital. There was a literature festival, writers visited from across the continent. There are a couple of good bookshops in town (still no decent public libraries that I know of), and you can have books delivered to your home by online shops. So books are easily available now but I still struggle to put one away because it is difficult or boring. I call it Post Traumatic Guilt. I say that I struggle, but of course I sometimes leave books unfinished. I have learnt to formulate my own complaints about the ones I dislike, that were a waste of my precious time, but I do this with an silent admittance of personal failure and a fear of judgement: I might get thrown back to a time of book famine. 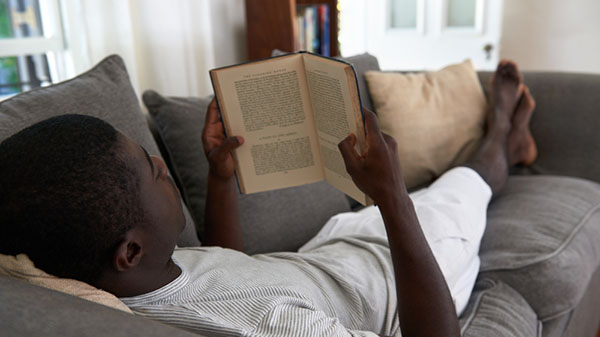 So, I stockpile. Hard copies are the most reliable. When I buy eBooks, I get a physical copy as well. Regardless of where I am, I have little faith in constant power supply (anyone who has endured a life time of power cuts will share my sentiment).

I harbor a dark fantasy of the return of book scarcity. A vivid apocalyptic vision of the entire world in ruins, torn apart, bereft of all litre, no electricity to power devices, and zombie-like humans prowling the streets seeking books for nourishment and succour.

In this vision, I am locked in in my study, the door barred with steel, and padlocked, surrounded by all the books that I have gathered through the years. Outside, there is a bitter wind raging, there is weeping, wailing (of course) and gnashing of teeth. I am reclined on a chaise lounge with a book in hand, drinking tea and flicking a cigarette. 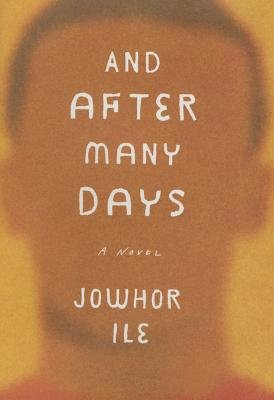 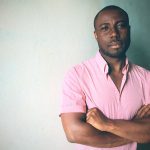 JOWHOR ILE was born in 1980 and raised in Nigeria, where he currently lives. His fiction has appeared in McSweeney’s Quarterly and Litro Magazine.

JOWHOR ILE was born in 1980 and raised in Nigeria, where he currently lives. His fiction has appeared in McSweeney’s Quarterly and Litro Magazine.