How Long Would You Rather Wait Between Books?

There are few experiences more agonizing for readers than finishing a book in just a few days, only to realize that you have to wait a year for the sequel. And that’s if you’re lucky!

There are few experiences more agonizing for readers than finishing a book in just a few days, only to realize that you have to wait a year for the sequel. And that’s if you’re lucky!

For some, that wait is simply too high a price to pay. Instead, they find themselves drawn to works with shorter installments released more frequently. But the experience of reading a story in chunks differs so vastly from the reward of waiting and waiting for a big book. One is like the calm, sure security of having what you want; the other is like a spontaneous, passionate love affair. Where do you fall on the spectrum, and does that preference change over time?

One of my favorite parts of my childhood (starting around 1996, when I was eight years old) was going grocery shopping with my dad on Saturdays. One Saturday every month, I saved that week’s $5 allowance to visit the B. Dalton or Waldenbooks on our route and buy the latest Animorphs book. Five bucks a pop, maybe two hundred pages, and I was usually finished with it by the time I went to school on Monday morning. The continuous cycle of waiting, buying, and reading became a ritual that would last for the next five years. (This was early days of the Internet, so within two weeks of the next month’s release, Scholastic would have updated their website with the tantalizing jacket copy about the Animorphs’ next adventure.) When the series finally bowed in 2001, I felt like there was a small, aching hole in my reading life.

Contrast that with a very different book ritual occurring around the same time: the release of a new Harry Potter book every few years. As any Millennial will tell you, this was an event: Fans dressed up for midnight release parties, which involved a lot of distracted trivia as you counted down the minutes, then mobbing the poor bookseller for your copy, then immediately plopping down on the ground and tearing into the new book.

In researching the publication dates of the Potter books for this piece, I’m surprised to see that the first four all came out with only about a year in-between (sometimes less!); I remembered the wait as almost unbearably torturous. The longest gap was between Harry Potter and the Goblet of Fire (2000) and Harry Potter and the Order of the Phoenix (2003). Regardless, time stopped around each release: I couldn’t tell you what else I did with my life every July that a new book came out. You didn’t have Harry Potter, and then you did, and nothing mattered until you came out of the fog of reading it. (It was a smart move by the publishers not to release the later books during the school year!) 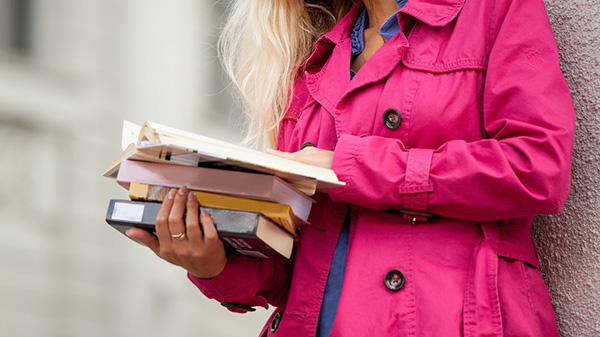 Somewhere in-between was discovering Tamora Pierce’s books. By the time I was introduced to her kickass, feminist, engrossing adventures, The Song of the Lioness quartet was already published, and The Immortals quartet was nearly half done. Of course, I made the mistake of hoovering up those books like a cat presented with a bowl of kibble, then looking up at my owner forlornly as if to say, But where’s the rest? The wait for new books made it difficult to focus on school or even other things I was reading. I almost wondered if I would have been better off meting out the books bit by bit, to tide myself over until the next publication date.

This seems to be an issue unique to fantasy, sci-fi, and YA readers, especially today in a post-Rowling world, where publishers know readers will stick with big books. But just as fans have immersed themselves in the epic tomes written by George R.R. Martin, Brandon Sanderson, and Patrick Rothfuss, so do they have the tradeoff of waiting for said authors to finish writing this hefty epics. While Sanderson impressively turns out new installments of multiple series at once, fans of a certain series still must wait on an average of two to four years. There was a four-year wait between the first (2007) and second (2011) books in Rothfuss’ Kingkiller Chronicle, with the third following that same timeframe, if not longer. And Game of Thrones fans and celebrities alternately joke about chaining Martin to his typewriter or whether the venerable writer will complete ASOIAF before the end of his life. A Dance With Dragons was also published in 2011, but the release date for The Winds of Winter has still not been released.

Where’s the middle ground? Would you rather your book be broken down into chapters released weekly or monthly, the way that Charles Dickens serialized Great Expectations? It took his readers nine months to get the entirety of Pip’s life story. Ditto for readers of Rolling Stone, who enjoyed 27 installments of Tom Wolfe’s The Bonfire of the Vanities. Depending on the nature of the work, reading it serialized could be a fresh new torture, like reading along with someone who is so slow it makes you want to rip your hair out. Doubtless there were fans of each who felt that the wait for the next chapter was killing them.

So, is this agonizing wait about the story itself, or the author’s writing? Could it be enough of a comfort to read other work by your favorite writer in the meantime? In 2014, three years since his prior Kingkiller Chronicles book, Rothfuss released not the next sequel but a novella, The Slow Regard of Silent Things. While many readers appreciated it as a standalone fantasy tale, others felt that it fell short in its primary intent, to bring them another installment from this world.

These days, readers seem willing to exercise patience (even if they’re snarky about it on social media) and suffer the longer wait for the bigger book. Could it be because we’ve evolved from a serialized society, watching a new television episode every week, to compulsive binge-watchers? Is it a matter of “the greater the risk, the greater the reward”? At any rate, social media allows for commiseration with other fans, making that wait a lot more bearable.

How long can you wait for a new book in a series? What’s the next book you’re waiting for?