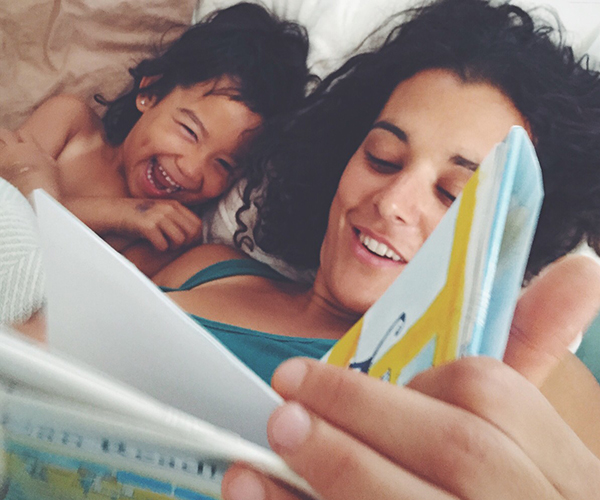 It was with some surprise that I discovered from a stray email in my inbox last week that March is National Reading Awareness Month. I am apparently more object-oriented than I realized, as I noted the difference between “reading” and “book” immediately (as in, this isn’t National Book Awareness Month). For me, the two go hand in hand. And they do in the case of this campaign as well, to an extent, but the subtle difference made me pause enough to look it up. When I found out that this month is organized by several childhood education organizations (including Whooo’s Reading and Read Aloud), the pieces clicked into place. March is more about education and early childhood development than about the consumption of literature for its own sake. Groups like Read Aloud are using this month to promote literacy and language development by letting guardians and parents of children know how important even 15 minutes of read-aloud time can be for kids.

The love of stories can and does develop in us even before we learn to read—and even if we never learn to read. Reading, however, gives us access to a wider range of material, from books to newspapers to magazines to basically everything online. Literacy is also linked, according to UNESCO, to a cycle of poverty, unemployment, crime, and prejudice against women. In other words, reading is seriously essential, and the literacy rates in the US aren’t as great as you might think: 14 percent of the population can’t read, and this number hasn’t budged in a decade.

I was one of the lucky kids whose parents had a natural inclination towards reading, and they read aloud to me when I was young. While this didn’t translate into an automatic love of reading at the time, if you take a look at where I am now and what I do for a living (clue: write about books, a lot, all the time, as much as anyone will let me) it seems like yes, it probably did make a difference. I had the privilege and time to be reluctant to learn how to read on my own because I thought it meant I would spend less time with my parents, who read to me. The first time I read a book in English on my own, it was in secret, so that my mother wouldn’t know that I was going ahead with the book we’d started together (it was the first Harry Potter, and the first chapter I ever read alone was “Halloween”). Reading, in this incredibly basic and innocent way, felt dangerous.

I didn’t know then what I would learn later: reading is dangerous. It’s dangerous because it gives us knowledge, it makes us question things, and it gives us access to emotions we may not have known how to describe. There are still many places around the world where half or fewer women know how to read than men. Knowledge is locked inside of text that is inaccessible to people, and that this is still the case for so many is reminiscent of Nineteen Eighty-Four, by George Orwell, or The Handmaid’s Tale, by Margaret Atwood, two books in which people’s curiosity is barred, their desire to question is quashed, and the information is effectively destroyed or taken away. The difference between those dystopian books and our reality is that it’s not as if worldwide, or even nationwide, literacy has been achieved yet.

So let’s take this month, National Reading Awareness Month, and do something with it. Let’s read with our kids or little siblings (or those we babysit) more. Let’s buy new parents books for their babies rather than yet more blue or pink clothes. Let’s reflect on the privilege we have in being able to read and think about what we can do to give others the gift of reading, whether that’s something as simple as installing Tab For a Cause (and donating your hearts to educational charities) or donating to or volunteering with groups like Room to Read. If you’re reading this, after all, you’re one of the lucky ones like me. You can and do read. Let’s try to make that number bigger.