Finding creativity when it feels like you have none.

By Lara Tupper • 6 years ago 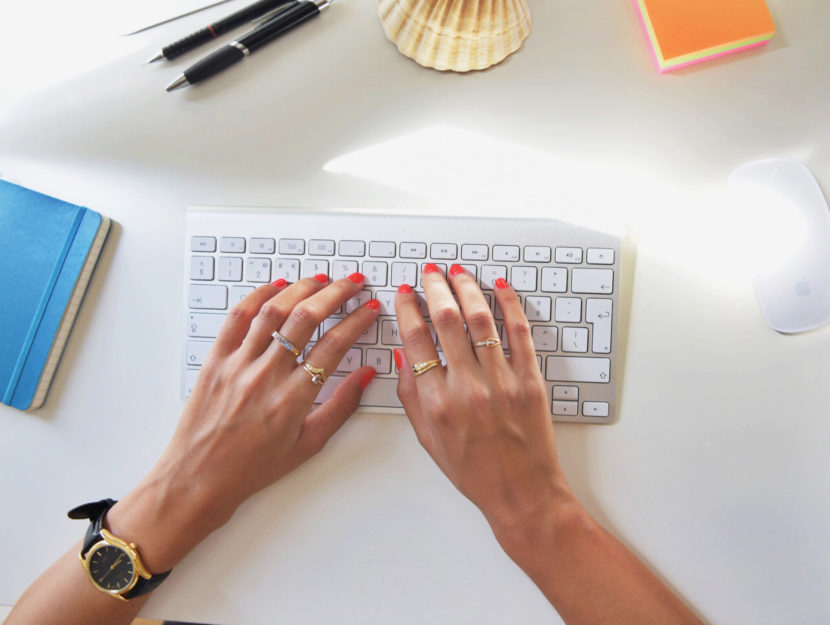 “There’s no such thing as a non-creative person,” says Julia Cameron. It takes chutzpah to believe this after age 10. The urge to paint, write, sing or dance won’t lead to “real” work, we’re told. We become blocked as adults, refusing to entertain childish desires.

Cameron has extracted creativity from reluctant artists for three decades through The Artist’s Way, her twelve-week program and book that teaches its reader to tap into their creativity through daily practice. She’s served financiers to waitstaff, young and old. She’s written thirty books, composed music, plays, and poems. With ex-husband Martin Scorsese, she made “three films and one daughter, Domenica.”

I resisted the Way for years. I’d published a novel and assumed there would be more. My writing students developed “blocks” before deadlines. Laziness, I thought. A willing lack of imagination.

I began my writing life as a stressed academic. A Maine transplant, I lived in Manhattan and commuted to New Jersey to teach writing. I was swimming in oversized font with sneaky margins. When I couldn’t face it, I scribbled ideas about a painter on a Maine island. But the stack of unread student pages taunted. Time was my blockage. My words were all there, just waiting to be tapped.

Like many discouraged Manhattanites, I discovered yoga. The hip studio was next to a falafel stand and a smoothie cart. Vinyasa, dinner, dessert. It was a good routine. I got out of my head and into my body, where I realized I’d been on bitter autopilot for almost a decade.

My worried friend took me to a yoga center in the Berkshires for a magical weekend of massage and quinoa. I liked it so much that I signed up to volunteer for the summer, lugging props to yoga rooms. As September approached, I requested a leave of absence from teaching. Then, much to my elders’ disappointment, I quit academia for good.

“How will you make money?” they asked. A fair question. I accepted an administrative position and continued to have access to the center, which hosted workshops with famous presenters. I tried vocal improv with a member of Sweet Honey and the Rock and jumped around with a Bollywood dancer. Julia Cameron came to teach The Artist’s Way and filled a hall with hundreds.

I told myself I didn’t need to. A flood had emerged since leaving New York. I’d finished the painter/island novel and prayed daily for publication. I’d started a memoir about leaving the city to become a yogini. (A lot like Eat, Pray Love.) Surely my writing life was on an upward tilt.

I began to teach again. I remembered what I’d enjoyed about that profession. The company. The participants’ hunger for creative expression. I surrendered my administrative duties and became a freelancer. I’d write and teach and sing. The Berkshire quilt, my neighbors called it. A life stitched together from different pieces.

Five years after leaving New York, I’m firmly settled here. I rent a tiny office—no dishes or ice cream pints to distract me. At last, I have a flexible schedule with time and space to work.

And lo and behold, I’m blocked.

As it turns out, this doesn’t mean I lack ideas. I lack the resolve, the confidence. An inner censor chimes in to keep me from progressing. I check in (too) regularly with my agent. Still no bites for my second novel. I think, on the hour, I’m wasting my time. It’s all been said before. My walks become longer, as do my grocery outings.

During a particularly wayward afternoon, I spot a library book sale and discover, as you might have guessed, The Artist’s Way. I’ll give it to my friend, I think. I flip through: Cameron quit drinking, found her method. It isn’t all fairies and auras. It’s a workbook! Like most teachers, I welcome assignments. She seems like a friendly taskmaster.

Cameron calls the Way a “recovery program” and likens creativity to spirituality. This could be a turnoff, she admits, but we readers don’t have to agree with her. “You do not need to understand electricity to use it,” she writes, and this is good enough for me.

I learn about the two pillars of the Way, the morning pages and the artist date. I assume the former is a dream journal and the latter is forced fun with another blocked artist. But the morning pages are a way to get negative junk out of my head, first thing. Three pages, longhand. Non-writers get this and writers are famous for resisting, she says, but the idea makes sense. Babble so I can create with a clean slate, whatever it is I want to make that day. Like brushing my teeth. (Cameron says I can burn these pages and this is a relief.) I find I like starting with homework.

The artist date is a scheduled excursion by myself, not a “should” activity, like a dentist appointment or museum visit (unless, like me, you love to get lost in museums). It’s a trip to the dollar store to buy stickers or a screening of Spinal Tap. Walking counts, or a round of mini-golf. The only rule is that I go alone, once per week. It’s a way to “fill the well” as Cameron says, to have new colors and sensations rolling around inside.

It’s true that we resist the things we need most. I feel the well filling already. (This essay is a result.) As I follow Cameron’s exercises, I see how I can build and maintain my strength over time, like going to yoga. I can remember my passions and find the courage to invest in them.

I can discover bonus art forms too, as Cameron warns, like songwriting, which I tried twenty years ago. I think, Do you know how old I’ll be by the time I write a decent song? Cameron replies, “Yes…the same age you will be if you don’t. So let’s start.” 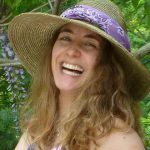 LARA TUPPER is the author of A Thousand and One Nights (Harcourt and Untreed Reads), an autobiographical novel about singers at sea, and co-author of the screenplay adaptation. Her novel manuscript, Off Island, is inspired by Paul Gauguin’s messy marriage. Her work has appeared in Six-Word Memoirs on Love and Heartbreak (Harper Perennial), The Believer, Epiphany, fivechapters and other literary magazines. A graduate of Wesleyan University and the MFA Program for Writers at Warren Wilson College, she taught at Rutgers University for nine years and now presents writing workshops and retreats. A jazz/ pop singer, Lara has crooned in a number of Middle Eastern and Asian cities. She is a proud member of the Authors Guild and the BMIFC (Barry Manilow International Fan Club). Find her online at @LaraTupper and www.laratupper.com.

LARA TUPPER is the author of A Thousand and One Nights (Harcourt and Untreed Reads), an autobiographical novel about singers at sea, and co-author of the screenplay adaptation. Her work has appeared in Six-Word Memoirs on Love and Heartbreak (Harper Perennial), The Believer, Epiphany, fivechapters and other literary magazines. A graduate of Wesleyan University and the MFA Program for Writers at Warren Wilson College, she taught at Rutgers University for nine years and now presents writing workshops and retreats. A jazz/​pop singer, Lara has crooned in a number of Middle Eastern and Asian cities. She is a proud member of the Authors Guild and the BMIFC (Barry Manilow International Fan Club). Follow her on Twitter at @LaraTupper.