Gillian Flynn’s star has been ascending ever since Sharp Objects, her first novel, was published in 2007, but since the success of this summer’s blockbuster Gone Girl, she’s gone stratospheric.

Still, her debut novel remains one of my favorite thrillers. It’s the kind of novel that lingers, resurfacing months later in the wee small hours, that you have to pick up and re-read just to make sure that yes, that did happen the way you remember it.

Sharp Objects is a dreamy, disturbing tale of self-destructive journalist Camille Preaker, who returns to Wind Gap – the once-grand, now-struggling Missouri town she thought she had escaped – to investigate the disappearance of a teenage girl, a schoolmate of her Lolita-in-training half-sister Amma.

Haunted by the death of her other sister, Camille exorcises her demons through booze, men and a graphomanic approach to self-harm that leaves her body scrawled with scarred words – wicked, harmful, whore. The previous year, another young girl had gone missing only for her strangled corpse to show up in the creek weeks later, teeth removed but nails painted.

Wind Gap is a town suspicious of strangers or of anyone who steps out of line, but could the murderer be closer to home? And can Camille’s narrative, seen through a haze of alcohol and fragmented memories, really be trusted?

Fresh from a stay on a psychiatric ward, Camille has been clawing her way back towards mental health – but whether her recovery can survive Wind Gap and her mother is another matter.

Camille reluctantly agrees to return to her childhood home to stay with her mother Adora, her stepfather and her half-sister, only to witness her emotionally abusive and distant mother dote on her youngest daughter, keeping Amma wrapped in cotton wool to fight off the dual threats of her frail health and an adolescence that encroaches like kudzu. In contrast, she is horrified by her eldest daughter’s assignment and the attention that the media are bringing to Wind Gap.

Each of Flynn’s characters, from major to minor, are realized in exquisite detail, but Adora and Amma are the most compelling. There’s something almost Victorian about Adora’s attacks of ‘nerves’ that keep her husband and daughters by her side, at once vulnerable and in control.

Adora’s fragility is her weapon, and she is raising Amma in the same mold. Camille arrives in town at the point when Amma is starting to rebel – whereas Adora is protective, ever-conscious of her youngest child’s physical limitations, Amma is discovering the power that her body has over other people, particularly men. Does the secret behind the murders lie in the underage orgiastic parties she places herself at the centre of?

Whilst Amma flaunts her body Camille hides hers beneath layers of scar tissue, revealing it like a magician’s trick when she inevitably stumbles into bed with the detective assigned to the murder case.

Physically and emotionally-battered, Camille is a compelling heroine. She may see herself as damaged goods, but it’s clear to the reader that her emotional frailty doesn’t go as deep as she thinks – she may not have emerged from Wind Gap unscathed, but at least she escaped it.

Sharp Objects is about the claustrophobic nature of a mother’s love, the roles into which society forces women, and the things people do to survive. If your idea of a good crime novel is blood and guts, then this might not be for you – despite the murders that lure Camille back home, this is almost entirely a psychological thriller.

Menace oozes through it, and the vague sense that something in Wind Gap is very, very wrong is gradually replaced by bone chilling terror – and by then it’s too late.

Have you read Sharp Objects? Share your review in the comments! 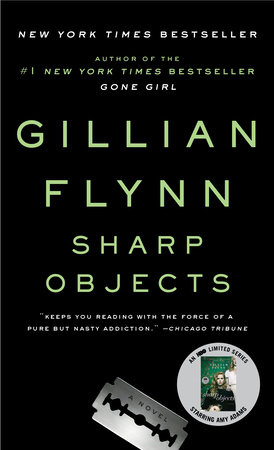 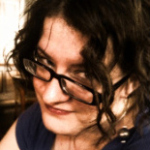 KAITE WELSH's fiction has been nominated for several awards, including the Cheshire Prize for Literature (‘The Art of Stonemasonry’, Zoo, Chester University Press, 2010) and the Gaylactic Spectrum Short Story Award (‘City of the Dead’, Haunted Hearths and Sapphic Shades, Lethe Press, 2008). She's been longlisted for the Cinnamon Press Short Story Prize and is currently seeking representation for her first novel The Wages of Sin, a historical thriller set in Victorian Edinburgh. She really likes tea, cats, pretty notebooks, riot grrl, tattoos and any piece of classical music that gives the cello the attention it deserves. Visit the author on Twitter @KaiteWelsh.