Getting My Movie-Obsessed Friend Back Into Books

Emergency! My friend has stopped reading…

By Anne Charnock • 5 years ago 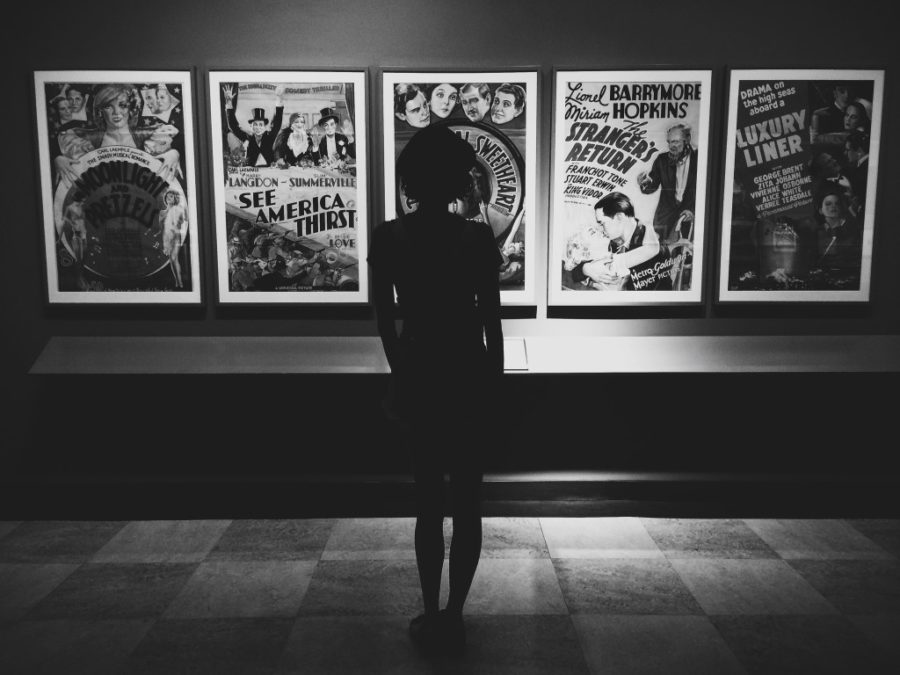 A close friend admitted to me this week that she has fallen out with reading. This is a disaster, obviously. How can I tempt my friend to pick up a book, or two?

I know she loves cinema so here’s my strategy:

I’ve spent an evening scouring recent and forthcoming movie releases for those specifically based on novels. If I can persuade my friend to read a piece of fiction related to a big-screen production, then we can start a conversation about the novels that adapt well, and those that don’t. Or we can discuss why one adaptation is better than another, for the same novel. I’ve sought out adaptations of classic novels, riffs on classics, and contemporary works of fiction.

Thomas Hardy’s Far From The Madding Crowd is a great novel for starters. I’ll suggest we watch the 1967 adaptation directed by John Schlesinger (starring Julie Christie, Alan Bates, Terence Stamp and Peter Finch). Then, I’ll persuade my friend to read the novel. Next, I’ll make homemade pizzas and invite her around to watch the recent adaptation of Hardy’s novel, directed by Thomas Vinterberg (starring Carey Mulligan, Matthias Schoenaerts, Tom Sturridge, Michael Sheen, screenplay by David Nicholls). So here are two questions we’ll both keep in mind: which adaptation do we each prefer, and which adaptation do we think Thomas Hardy would prefer?

Taking a different tack, we could read the World War Two-based novel Suite Francaise written by Irène Némirovsky. This novel was published sixty-five years after the author’s death in Auschwitz, thanks to her daughter’s discovery of the unfinished manuscript. The movie version is directed by Saul Dibb (starring Michelle Williams, Kristin Scott Thomas and Matthias Schoenaerts, screenplay by Matt Charman). This could be the ideal proposition because my friend has a distant cousin who lived through the German occupation.

For something on the weird end of the spectrum, I have another possibility. Next year sees the movie release of Pride and Prejudice and Zombies, a mash-up written by Seth Grahame-Smith, based on Jane Austen’s classic novel. So we could block out an entire weekend to watch our favorite episodes from the BBC drama of Austen’s Pride and Prejudice (the one starring Jennifer Ehle as Elizabeth Bennet, and Colin Firth as Mr. Darcy), followed by the 2005 movie version directed by Joe Wright (starring Keira Knightley and Matthew Macfadyen in the lead roles). Then we’ll go to the cinema to watch Pride and Prejudice with Zombies directed by Burr Steers. Finally, we’ll read Grahame-Smith’s novel.

Authors are often disparaging of the movies adapted from their fiction. However, Michael Cunningham isn’t one of them. I heard him at an author event at Hay Festival two years ago. He might be the only living author, he said, who is happy with the adaptation of his or her work. He was talking about The Hours—his three-storyline novel that references Virginia Woolf’s Mrs. Dalloway in multiple intriguing ways. The Hours is probably my favorite novel and one of my favorite movies. Directed by Stephen Daldry, screenplay by David Hare, the movie stars some of my favorite actors too—Meryl Streep, Julianne Moore, Nicole Kidman, Ed Harris and a young Claire Danes.

I’d love my friend to relive the thrilling experience I had back in 2003 when, in the space of one month, I read Virginia Woolf’s Mrs. Dalloway, watched the newly released movie, The Hours, and immediately afterward read Cunningham’s novel. It was glorious to identify the links between the original classic novel and the movie, and then to appreciate how closely the movie follows Cunningham’s novel. Fabulous. What’s more, these novels are short! Perfect for a reader-recovery program.

I believe my strategy is foolproof! But if my friend refuses to collaborate in this book-movie-fest, I’ll enjoy it on my own anyway.

What are some of your favorite films adapted from books? 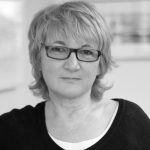 ANNE CHARNOCK’s debut novel, A Calculated Life, was a finalist for the 2013 Philip K. Dick Award and the 2013 Kitschies Golden Tentacle Award. Her writing career began in journalism, and she has travelled widely as a foreign correspondent. Her articles have appeared in the Guardian, New Scientist, International Herald Tribune, Geographical and the Huffington Post. She studied environmental science at the University of East Anglia, earned a master’s in fine art at the Manchester School of Art and has exhibited her work internationally. She lives with her husband, Garry, in London and Chester, England. For more information, visit www.annecharnock.com.