Our Favorite Monsters in Literature

The best monsters are the ones who challenge us to question their monstrosity. 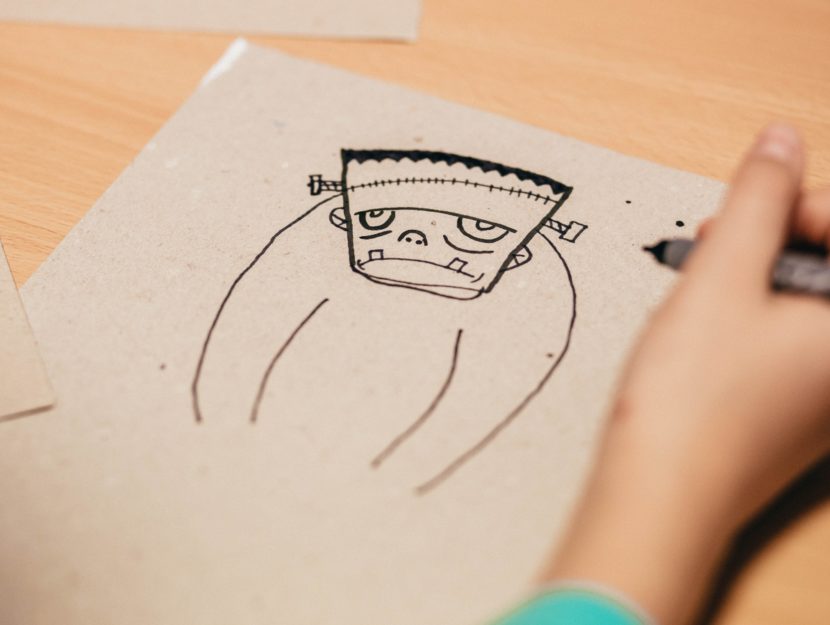 According to Merriam-Webster, a monster is “a strange or horrible imaginary creature,” “something that is extremely or unusually large,” or “a powerful person or thing that cannot be controlled and that causes many problems.”

The above definitions of monster make sense when we look at those that have permeated our popular culture: the thing that’s chasing you in your nightmares? That suits the first definition. Giants in the Song of Ice and Fire series by George R. R. Martin? There’s the second definition. And Voldemort plus his Death Eaters from the Harry Potter books neatly fit the third definition.

But the best monsters in literature, the ones who are the scariest or most fascinating, are the ones who don’t fit so squarely into these definitions—or if they do, include a qualifier, something that makes them grow beyond the simple dictionary boxes.

Some of these date back to the classics. Frankenstein’s unnamed monster (often mistaken for Frankenstein himself, who’s actually the scientist in Mary Shelley’s 1818 novel Frankenstein) is comparable to Pinocchio, who comes from The Adventures of Pinocchio, a novel by Carlo Collodi, which was written 65 years later. While Pinocchio isn’t considered a monster, he’s too similar to Frankenstein’s creation not to be considered here. Both the “modern Prometheus” and Pinocchio are unnatural creatures, and both long to be real people, to fit into society. So while Frankenstein’s monster is indeed “unusually large,” and Pinocchio becomes a thing “that cannot be controlled and that causes many problems,” both come with a twist: they didn’t become what they are on their own. They were created, literally man-made. Monsters who are the products of human experimentation are some of the best in literature because they cause us to question the morality of the creator. Frankenstein’s monster turns on Frankenstein precisely because he’s unable to be a real person, and Pinocchio causes trouble for Geppetto for the same reason. Because both aren’t “real people,” they also don’t come with an inherent sense of good versus evil.

Morality is another subject around which the best monsters dance. Take Sir Terry Pratchett’s brilliant but terrifying Lord Havelock Vetinari in the Science of Discworld series. Vetinari is the Patrician (basically the supreme leader) of one of the important cities on Discworld. The stealthy, mime-hating Patrician is a disturbing character; he’s a former student of the city’s famed Assassin’s Guild (exactly what it sounds like), and he somehow knows everything about everything going on in his large city. He’s a dictator, and an apparently benevolent one—what he cares about is keeping the city as it is and avoiding its devolution into chaos (which, in a city like Ankh-Morpork, is a daily possibility). What this means, though, is that people who put their own interests above those of the city, or who strive to disrupt the city’s functioning, are summarily vanished.

Another morally questionable character is Tyrion Lannister from George R. R. Martin’s books. He’s considered a monster by others because he was born a dwarf, with disfigured facial features (the books don’t depict him as good-looking as Peter Dinklage). He’s a boozing, brothel-visiting bookworm who’s too smart for his own good, but when he does have power, he can use it mercifully. He and Varys, the spymaster for the royal family, are both feared for their brains as well as their differences (Varys is a eunuch). Like Pratchett’s Vetinari, they too put the peace of Westeros, the realm they live in, above being moral in the traditional sense. They are of the kill-few-and-well-maybe-a-few-more-to-save-lots-more camp. Both monsters according to their society’s norms, Varys and Tyrion are two of the more interesting characters in the GoT books.

The monsters above are either human or human-made. Not all monsters are, though. Two of the best literary monsters out there are, in some sense, self-created. One of these is China Miéville’s robot in Perdido Street Station. While it’s part of the background plot of the novel, it strikes quite an impression. The Construct Council is an accidentally created hive-mind artificial intelligence creature built from the rubbish piles of New Crobuzon, the city in which the novel takes place. Over the course of the main plot (which involves a variety of other creatures who, to our human eyes, would be considered monsters), a glitch develops in the systems of several constructs. The bug spreads until eventually, the constructs build a god-like creature out of things they find in the dump. These constructs suddenly thinking on their own go against what everyone understands about them—that they’re merely dumb machines. Unlike Pinocchio and Frankenstein’s monster, the Construct Council creates itself.

And then you have the hotel in Stephen King’s The Shining. Many people—especially those who’ve watched the movie but never read the book—see Jack, the father in a family of three, as the monster. Before the novel begins, Jack was indeed a monster, in that he abused his wife and child both physically and emotionally. He’s an alcoholic, and it was only in his drunken states that he did so. At the novel’s start, however, Jack has been sober for some time, and he believes bringing his family to the hotel for a summer job will help them all reconnect and put their past behind them. The hotel, however, acts as its own monster and seems to be a clear metaphor for Jack’s alcoholism (which is, after all, a disease rather than a lack of will or a weakness of character). Stephen King makes the hotel lure Jack back to drinking, even though it’s never clear whether he’s drinking real alcohol or only the ghostly liquids of the hotel’s grizzly past. The hotel traps the family, just as alcoholism and abuse can trap a person. In this way, the hotel is the monster rather than Jack; it’s using Jack as a puppet, his alcoholism as a tool, and thus it creates its own version of a walking and talking monster that expresses its will. Jack didn’t invite the monster—or the alcohol—in, but was forced into it by the house and by his own disease.

Almost every novel or story out there has a monster of some kind; we’re obsessed with the evil in characters, whether it’s a guy not calling the protagonist back or a house possessing its humans. The best ones, we think, are the ones who challenge us to question their monstrosity.