Capturing the Light in The City of Light

Photographer Bryan Peterson shares his secrets for capturing the light in Paris on film.

Bryan Peterson has been a commercial photographer for over 35 years, shooting all over the world for clients like American Express, Kodak and Citibank. Bryan is also a teacher; as the co-founder of an online photography school, he and his fellow instructors share their wisdom on getting the best shot with their students. But you don’t need to sign up for a class to gain Bryan’s insight on shooting in The City of Light! So, tuck that selfie stick away and prepare to get hundreds of likes on your next Instagram—Bryan, who has spent lots of time in Paris, teaches RIFers the secrets to capturing Paris on film, and shares some of his exclusive images of the city with us.

1. One of my favorite views is shared by thousands of others when visiting Paris: the view of the Eiffel Tower from Trocadéro Plaza. However, as one might expect, most of the hundreds of others who congregate at Trocadéro every night to get this iconic photo usually opt for the much wider view and the more standard vertical composition that renders the Eiffel Tower from top to bottom. As evidenced by this image, I prefer the use of a much longer lens, in this case a 300mm focal length, as it allows me to not only compress the legs of The Eiffel Tower with its surroundings, but also, when combined with a long exposure (in this case 8 seconds and on a tripod), I am also able to record the energy of the traffic flow that takes place at the base of the tower. 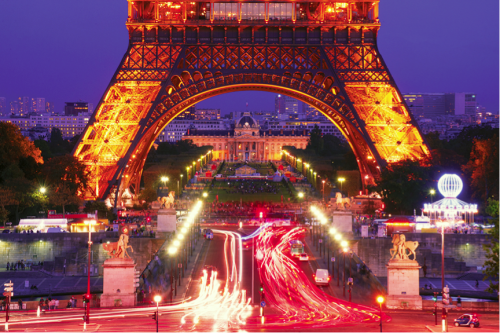 2. and 3. Contrary to popular belief, there is actually a pretty substantial skyscraper in Paris at the metro stop Montparnasse. For only 15 euros, you can get a ticket to the top of the Tour Montparnasse skyscraper, which takes you up about 60 floors, where you end up at a rooftop deck (though to get to the final two floors, you must take the stairs). From this vantage point, one will find views that never disappoint. By night, one is afforded, with the aid of a tripod, the opportunity to shoot an expansive panorama of the City of Lights below. In addition, I have paid special attention to the weather forecast during my outings in Paris, and as a result, was fortunate to be atop the roof of Tour Montparnasse to capture a rainbow arching itself across the city. 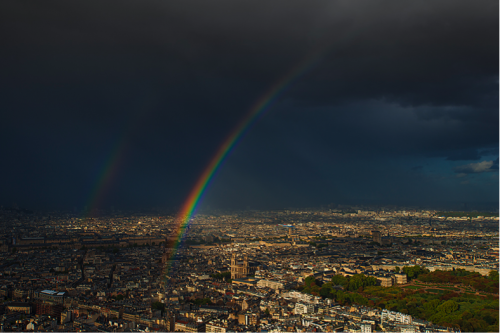 4. As a photographer, the constant challenge of photographing Paris is to try to make new discoveries. Yet, I am reminded daily that many of the streets that I am walking upon have already been photographed by so many other talented and well-known photographers over the past hundred years, in both color and black and white. And, as is true with most popular photography locations, it is the work of so many other photographers that compels me to try and capture these popular places with a new eye. It was on one such outing in Paris, that I felt I discovered a fresh viewpoint of the Eiffel Tower, when seen through the small 18-inch high pillars of the Alexandria Bridge, which crosses the Seine River. This dusk composition, shot with my wide-angle lens has been very well received by both my peers, as well as the many readers of my Understanding Flash Photography book. Although this image was made without benefit of flash, the two images that are featured in my book of this same point of view were shot with flash. 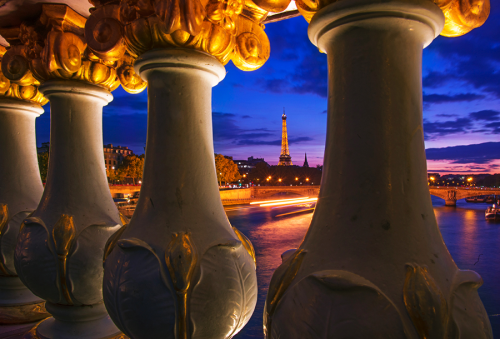 5. One of the iconic views of Paris, which I’m sure we’re all familiar with, is taken of the Arc de Triomphe from Place Concorde. I personally have witnessed countless iPhones and point and shoot cameras being raised to the eye and photographing this view. However, it is my personal opinion, that this composition of the busy Champs Elysées and The Arc de Triomphe are also best photographed at dusk, on a tripod and, at a relatively long exposure such as 15 seconds. 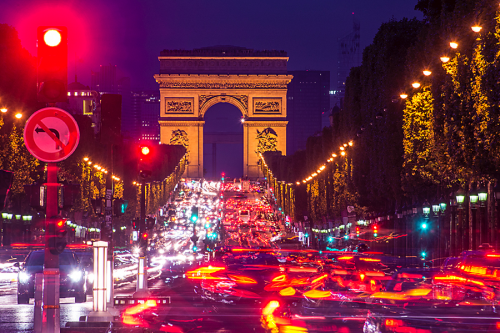 6. Sacre Coeur and the surrounding neighborhood of Montmartre is one of my favorite haunts in all of Paris, due to its intimacy combined with the established artist community that Montmartre is well noted for. 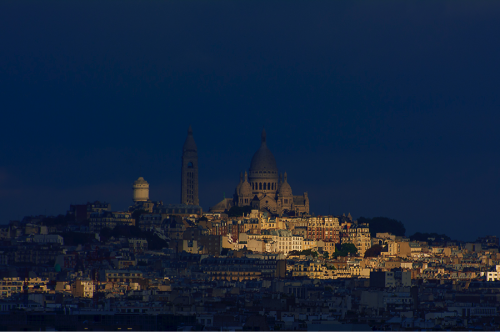 7. The subway system of Paris is both elaborate and efficient. However, from a strictly photographic point of view, it is also an underground gold mine of opportunity for capturing some terrific compositions of people, as well as the motion-filled energy of the moving trains that can be found almost 24 hours a day. 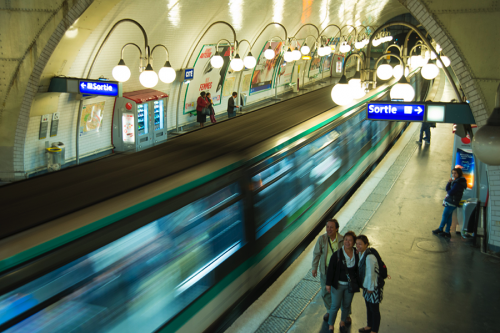 8. The Jardin de Tuilleries, the largest outdoor garden in all of Paris, is a truly wonderful place to simply relax, no matter the season or time of day. 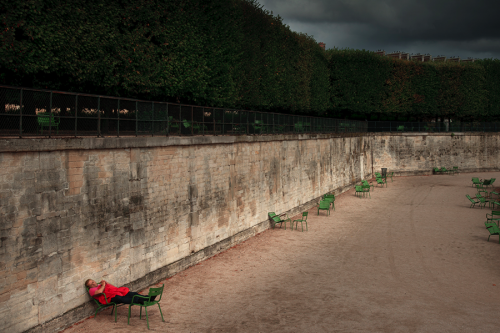 9. Every morning, all around Paris, the clatter of tables and chairs can be heard as cafés and restaurants open for business for what will surely be another busy Parisian day. Whether you stop in for a cup of café and a croissant, or a five-star lunch or dinner, the Paris cafés and restaurants afford ample opportunities for people-watching. 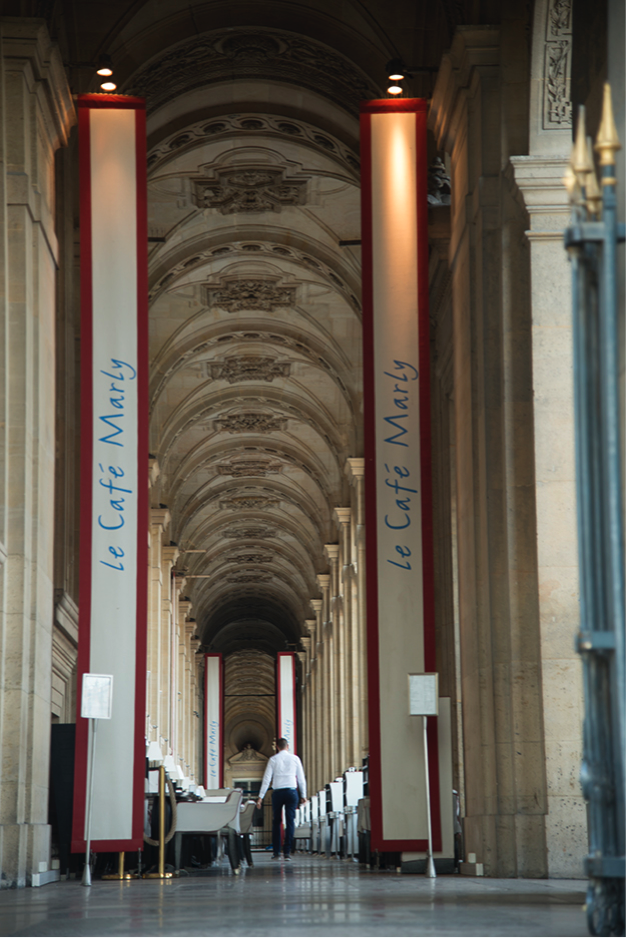 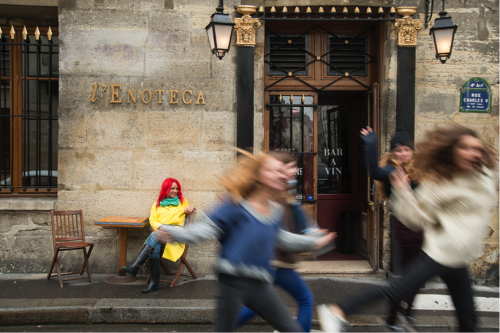 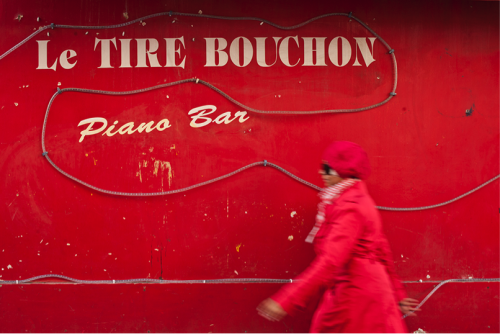 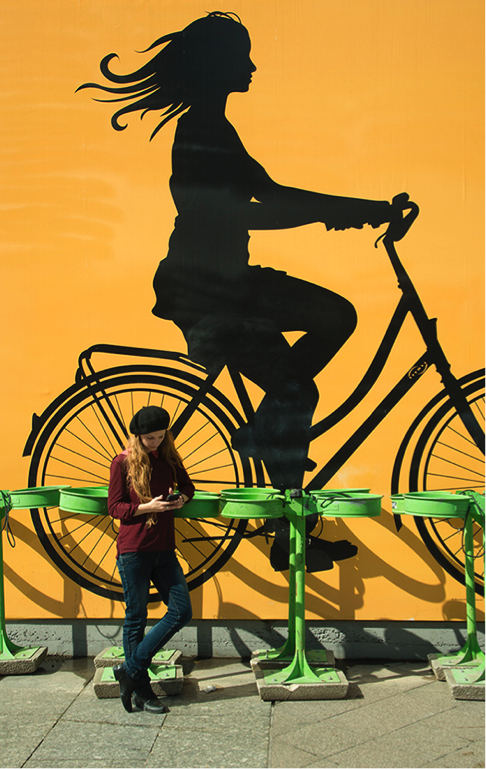 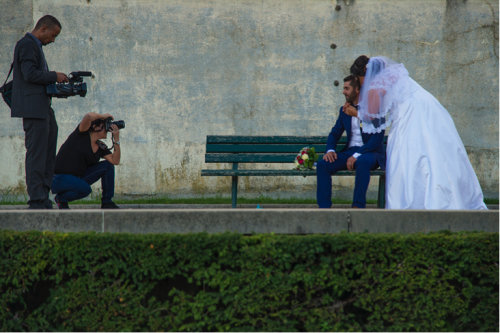 All photographs courtesy of Bryan Peterson. 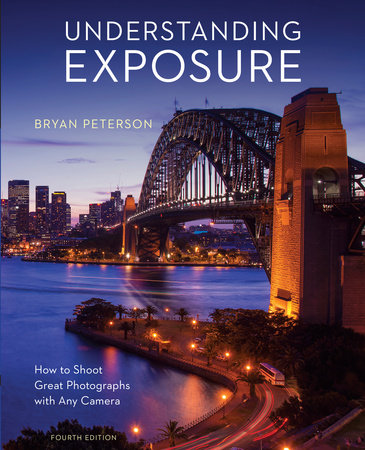 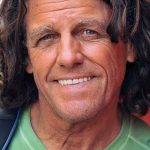 BRYAN PETERSON is a professional photographer, an internationally known instructor, and the best-selling author of Understanding Exposure, Understanding Shutter Speed, Learning to See Creatively, Understanding Digital Photography, and Beyond Portraiture. In addition, he is the founder of the online photography school The Perfect Picture School of Photography (www.ppsop.com). He lives in Chicago.
[email_signup id="4"]
Great! You've signed up successfully!
We are experiencing an error, please try again.