What Fabio Taught Me About Feminism

How I learned about the progressiveness of romance novels.

By Brittany Goss • 4 years ago 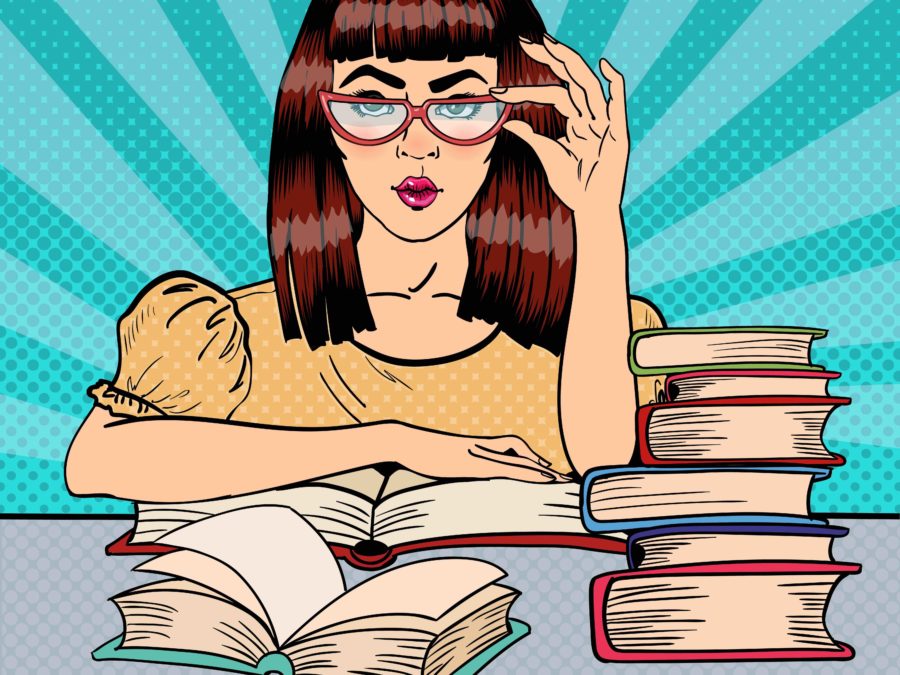 I moved to New York to find a job in publishing. I had graduated from an MFA program in fiction writing, thereby securing myself a higher degree in literary fiction and, at the same time, charging myself with a mission to make money while I wrote my creative work on the side. Publishing seemed perfect: an entirely literary lifestyle. I had spent time interning at a lit magazine and teaching, and to be both an editor and a writer seemed—as teaching writing is for so many writers—the best blend of passion and practicality I could realistically hope for, while, at the same time, working toward the dream of writing full-time. I pictured myself editing literary novels, at first, the smaller collections of short stories by emerging writers, and eventually after those writers had emerged, the bestselling contemporary writers—the Meg Wolitzers and Michael Chabons of the world.

So I moved to New York and threw myself into applying for editorial jobs at the Big Five publishing houses. And eventually, finally, after many applications and “informational” coffees and phone calls, I got lucky and correctly guessed the name and email of the editor who was hiring an assistant. I got the interview, and then the job. But they had a concern about my working there—my background was so literary. And this imprint was very commercial, publishing celebrity memoirs, diet books, and popular nonfiction with mass market paperbacks: cozy mysteries, science fiction, thrillers, and romance novels. Their core customer base was in the Midwest, buying books at Walmart and Target. Again, commercial, not literary.

According to Wikipedia—which, while not considered an academic source is certainly a reflection of our cultural understandings—literary fiction comprises fictional works that hold literary merit; that is, they involve social commentary, or political criticism, or focus on the human condition. I can hardly think of a work of fiction that does not at least focus on the human condition, so the real definition hinges on merit, which is subjective. And yet we have this binary between what is literary versus what is commercial. The dividing line is a laughably fragile barrier, an ever-changing border, as the difference always seems to come down to “plot,” which all good fiction should have, and “merit,” which is in the eye of the reader. Sentences, maybe—literary fiction focuses on the unique ordering of words in a way that commercial fiction, with its emphasis on pace and entertainment, may not. The mistake, as always with cultural misunderstandings, is in having any kind of barrier at all. But how else to make a “them” and an “us”? You cannot make thousands of writers each year compete for a spot at the top MFA programs without promising them at least—since there are no guaranteed jobs—a sense of belonging to the “us,” the merited ones.

My taste was and has always been literary. I read the classics: Jane Austen, and Brontë, and Dickens and Hemingway and Fitzgerald. I love Zadie Smith, Paul Harding, Joan Silber, Alice Munro, Lorrie Moore, George Saunders, all of whom are considered literary authors. What did I know about the Nora Roberts dynasty, or Diana Gabaldon’s Outlander, which would be made into a TV series months after I accepted the job? Maybe the books were not to my individual taste, but it was my first job in publishing, and so I accepted.

I don’t think I realized how important the romance novels were to our imprint until I started working there. The editors I supported published mostly nonfiction, so I was not required to read a lot of romance submissions. The few novels I worked with constituted “women’s fiction,” a character-centered genre that is only relegated to such an oddly specific category (where is “men’s fiction?”) because its authors are women who have not yet achieved the subjective, merited status of being literary. For months I avoided reading the Regency romances that built our commercial imprint. Partly, because I was busy reading submissions and getting adjusted to the pace of work in the editorial department. And partly, because I wasn’t planning on reading any romance, due to the fact that I was a feminist.

My colleagues, the other younger editors and editorial assistants, universally professed to love romance. I enjoyed romantic comedies, sometimes, but I equally enjoyed making fun of them. I did not understand the contentment of these well-educated women at being placed in a job where they read mostly romance novels. They loved stories of women falling in love with men—assistants falling in love with their billionaire bosses, tough women falling in love with werewolf shapeshifters, Regency maidens reforming rakes. It wasn’t just the obvious commercialism of the books that turned me off, with their trite, trendy hooks—firemen, Navy SEALS, an ex-con trend—it was what I naïvely assumed to be the patriarchal tone of the genre.

My strategy of avoidance lasted only so long before I learned that in order to actually acquire a book of my own and further my career as an editor at a publishing house—the career that I thought I wanted at the time—I had to look for a fresh new romance novel with a trendy hook. This seemed an especially bitter irony, given my politics. Not only was I a literary snob, but I was a feminist who had thrived in classes like Postcolonial Feminist Theory, lived in an all-women’s feminist house in college, and organized events like Take Back the Night. I was not, I thought, the average romance novel reader. I was also not a slacker at work. So I started reading the romance novels.

I should have known that a genre written by women, for women, would be inherently feminist. Women in romance novels often fall in love with stereotypically masculine men, but the fantasy is not a male fantasy. The fantasy is a woman’s fantasy: a smart, independent woman with her own full life and her own passions begins a romantic relationship. The relationship has obstacles—what relationship doesn’t, and what plot? Eventually, in some way, the man changes to make the relationship work. He matures, or reforms his rakishness, depending on the time period. The two people learn to compromise their individual selves to form a partnership. The fantasy is pure, true love; it’s hot sex that the woman enjoys; it’s a real romance for two people. In a patriarchal fantasy, a woman is an accessory to a man’s life, changing for him if necessary, but never asking anything of him. That model of a heterosexual relationship is reinforced by nearly every aspect of a society that still prefers women as accessories. A truly equal partnership looks radical, compared to our cultural norms. In a world where women do two-thirds of the work for 70 percent of the pay or less, a world full of rape and sexual harassment and micro-aggressions and basic bros, can’t a gal take a break to imagine that a handsome, passionate, adult man is madly in love with her without being accused of being anti-feminist?

Yes, the genre is still overwhelmingly heteronormative; it has a long way to go to mirror progressive, intersectional feminist politics with a more nuanced understanding of race, gender, class, and sexuality. Mass market tastes always reflect the popular cultural climate, not its intellectual edges. And romances are not, by definitions of canonical merit, literary. But the best of them do merit more respect than they usually get, at least as much as any Jack Reacher novel. Romance novels are dismissed for the same reason that female authors of character-centered novels find themselves relegated to the category of “women’s fiction,” and for the same reason that even in this century, Jane Austen still always seems to be teetering on the edge of the literary canon: the books are by women, about women, for women. Romance novels focus on our concerns about maintaining our individuality in relationships and loving men in a world run by men. They tell a radical story about love and equality. They are not demurely feminine and quiet; they’re brazen and openly erotic. It’s intimidating for a culture that benefits from the suppression of women’s desires. And so, as with many things that are considered feminine—makeup, clothing, shoes—women are shamed for enjoying the romance genre. And that is a shame. Because the desire to be taken seriously is what keeps women from reading the books that are actually written for them. So, feminists, feel free to pick up a Regency or a contemporary romance. They’re much more progressive than you might think.