The Weirdest Text Message Ever 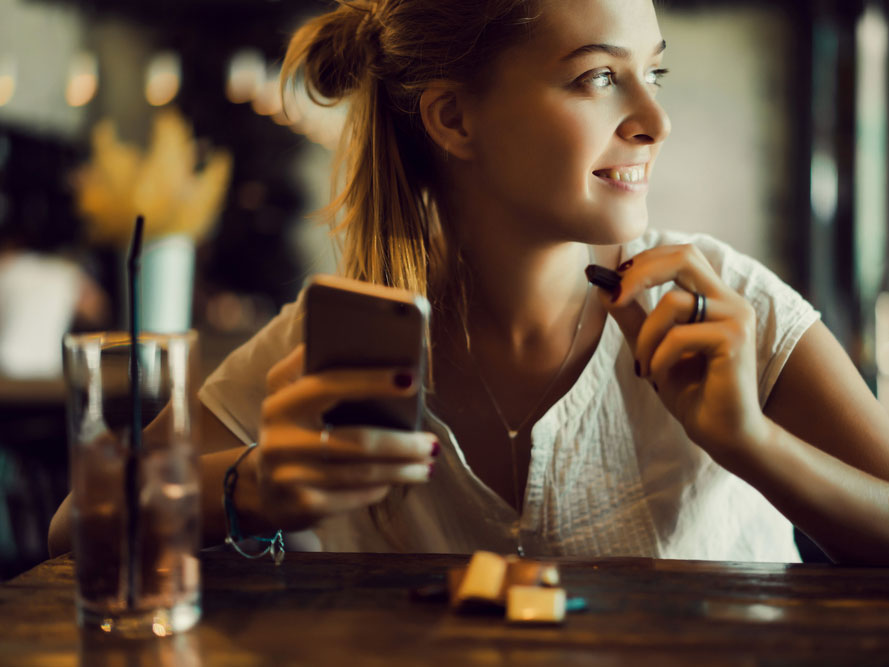 Though the University of North Carolina Wilmington is where I went to grad school, it’s my girlfriend Jess who got us tickets to see David Sedaris speak on campus. It’s April, and we’ve just started dating. She asked me if I wanted to go before I even realized that I should have secured my tickets already, by which time they were completely sold out. Phew.

When we arrive at the auditorium, it is not me who runs into fellow students or friends, but Jess. (This happens quite a bit, Jess being much more social and kind and happy than I am.) She soon spots from a distance a guy she knew from high school who she’d recently reconnected with on Facebook.

“He used to go by Tommy,” she tells me, “but on Facebook he’s Thomas. I don’t know which he goes by now.”

“Here,” I say, coming up with a brilliant plan, “I’ll introduce myself before you would have to, and we’ll see what he introduces himself as.”

So when we approach Tommy/Thomas, I immediately shake his hand and say, “How’s it going, man? I’m Jonathan.”

“Thomas,” he says. Jess and I share a brief, knowing nod.

We exchanged pleasantries and Thomas, it turns out, is working the event. Jess tells him that she’ll see him after the reading when she goes to get David Sedaris’s autograph.

We find our seats and enjoy the show. Sedaris is in top form, making jokes about North Carolina’s so-called “bathroom bill,” and, better still, he donated his speaking fee for the event to Equality North Carolina, an organization, according their website, “dedicated to securing equal rights and justice for lesbian, gay, bisexual, transgender, and queer (LGBTQ) North Carolinians.” A great performance supporting a great cause from a wonderfully talented writer.

Afterwards, we wait in what turns out to be a lengthy line for autographs. Jess and I, in fact, are nearly last in the queue, which means it’s like an hour wait to get in front of Sedaris. I’m not the autograph type, but it seems important to Jess, so I don’t mind, though I will note that the reason I don’t like autographs is that I don’t like meeting people I admire under the guise of being a fan. I would want to meet them as a fellow writer, even if a less talented or famous or successful one. So when we finally get our turn, I stand back a bit while Jess gets her books signed.

Throughout all of this, Sedaris has been a great sport, striking up all kinds of conversations with the waiting crowds (even the ones who say stuff like, “I was at your reading in Tulsa. Do you remember me?”). I notice that he’s particularly interested in the Zodiac signs of his fans, guessing them as they pass. When Jess sets her copies down in front of him, he asks her, apropos of the previous person in line, if she uses Fitbit. Jess says she doesn’t, and there is an awkward moment when she tries to explain that she rides bikes and uses an app called Strava to calculate her mileage and speed. It’s awkward because Sedaris isn’t really listening to her (trained as he is in simply keeping the conversation going for the brief moment it takes to sign a book or two), but is instead trying to guess what Strava is, incorrectly. He seems stuck on the idea that it’s a health-based app rather than a distance- and speed-focused one. At any rate, soon he loses interest in Strava altogether, and he asks her if she’s an Aquarius, and when she responds that no, actually, she’s a Virgo, Sedaris looks at me and asks, “What’s a Virgo doing with a Pisces?”

He looks at me to confirm or disconfirm his guess, and although I am technically a Pisces, I almost lie, because I hate it when people do this because I don’t believe in astrology and am thus not interested in anyone’s interpretation of me based on such information, but it’s particularly annoying when the guess is correct, as if merely affirming that yes, I was born within that period of time, somehow validates the guesser’s faith in the stars. On top of all this, Sedaris’s question seems a criticism, as if based on his judgment of our signs we’re not a compatible couple! But, as I’m trying to stay out of everything and just let Jess get her autographs, I only say, “Yep, that’s right. I’m a Pisces.”

Thomas has been standing near the table where Sedaris signed books, along with a few other students working the event. Before we leave Jess says goodbye to him and thanks Sedaris for coming to North Carolina despite how screwed up it’s become lately.

On the drive home, Jess fills me in a bit on Thomas. Apparently, since they’ve reconnected, they also hung out once (before she and I began dating), and she wasn’t sure then, and isn’t sure now, whether or not Thomas had any romantic feelings for her. Based on their one hang-out, she seems to think that he does.

“Oh, shit,” I say, “well that makes me look like a real asshole then.”

“Because when you weren’t sure what name he goes by now, I went straight up to him and introduced myself, which from his point of view probably looked like I was a jealous dude intercepting some guy talking to my girlfriend.”

“Damn. Well, hopefully he didn’t take it that way. I mean, you don’t even know if he likes you or not.”

Arriving home, we go through our routines of dropping keys and petting our dogs and returning to our respective spots in our apartment. Just as we settle, Jess gets a text message. For a moment, she says nothing, just stares at her screen with a pale look on her face.

“I just got a text from Thomas,” she says, still ghost-white.

She shows me the message. It says: I have AIDS.

“What the fuck?” I ask. “Wait, he is, like, for real? Is he really telling you he has AIDS? And in a text message? So bluntly?”

I’m rambling now, because I can’t get my mind around the text. From the looks of her face, Jess is going through similar flights of stretched reasoning and explanation. Her eyes dart around the room like they’re following around an erratic fly.

“I’m so confused right now,” she says, finally. And I can tell that she has passed all other attempts to account for the text and has moved on to sympathy for her friend. “Poor Thomas,” she says. “How awful.”

We stand in silence, and I think, “Poor Jess,” because what horrible news to get after a fun night out (which is rare for us). I don’t mean to discount Thomas’s plight, only that Jess’s well-being is more immediate to me than his illness. I want her to be happy all the time, and when legitimately sad things occur, the sense of helplessness is keen.

Suddenly, she gets a second text from Thomas. She reads it, makes another confused but much less concerned face, and ends by nodding. She gets it now, and she explains it to me.

Apparently after we left the auditorium, Thomas took his turn getting a book signed from Sedaris. During their exchange, Thomas told Sedaris that he’d seen a girl he really liked at the event, and that she was with another guy. “What can I text her,” Thomas asked, “that would let her know that I’m really happy for her and that I have no hard feelings?”

Sedaris thought for a moment, and then said, “Here. Give me the phone.”

And without asking Sedaris sent my girlfriend the text that said, “I have AIDS.”

“That should do it,” Sedaris said.

Back in our apartment, when Jess finishes the story, we stare at the middle distance for a moment, our brains assimilating the new information, before breaking into hysterical laughter—laughter not only at Sedaris’s sick sense of humor, but also of the relief brought about by Thomas not actually having a fatal illness, laughter that David Sedaris sent Jess a text message! And a fucking weird one, too! What a story to tell, we exclaim!

And it strikes me just how wonderful humor can be, but also that sometimes the most satisfying joys often lie just on the other side of darkness, how in one moment you could believe that someone you knew was dying, and in the next feel the wicked wit of one of America’s most beloved humorists.

He’s such a Capricorn, don’t you think?