Used books often contain a special magic: inscriptions from strangers who share a love for reading.

By Lauren Oster • 2 years ago 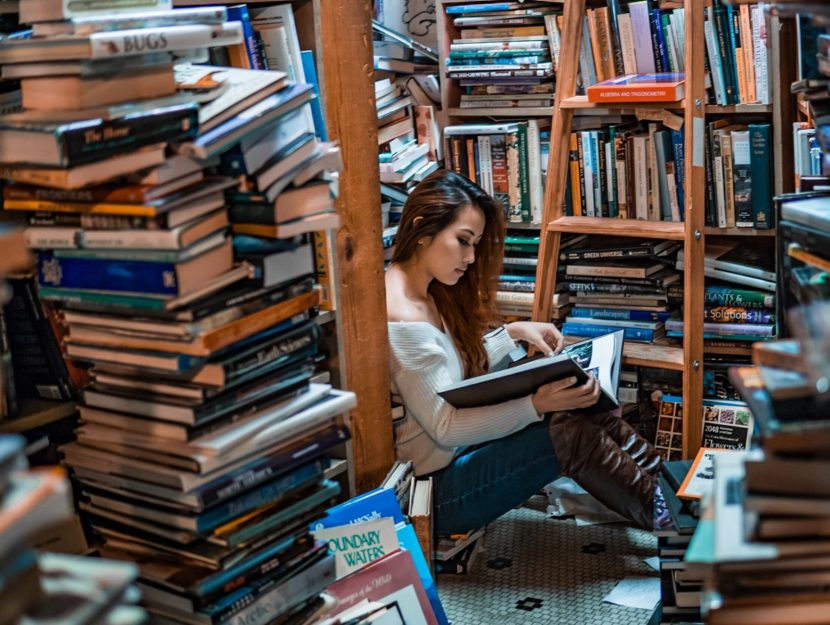 I always wondered what my uncle and his witchy girlfriend might have scrawled in the copy of Ursula K. Le Guin’s Buffalo Gals and Other Animal Presences they gifted me when I was in elementary school. Had they written anything in it at all? It was pretty unprecedented for them to be giving me a present in the first place, and it was especially unprecedented for them to be giving me a present featuring enthusiastic coyote sex and anthropomorphic turds. (I’ll never know: my horrified mother confiscated Buffalo Gals with gusto that was almost cartoonish. She might have left an actual mass-market-paperback-shaped cloud in my hands.)

Truth be told, few of my books have been inscribed to me in any meaningful way. (I thought a sort-of boyfriend’s “Standing on a street corner waiting for no one is power” in my copy of Sylvia Plath’s Ariel was pretty nifty until I realized he was just quoting Gregory Corso.) I have plenty of inscribed volumes, mind you: I’m a longtime volunteer at a New York City charity shop stocked entirely with donated books and a bibliophile with very little self-restraint, so I’ve brought home all sorts of communications from strangers to other strangers.

Those are frequently more tantalizing than the texts in which I find them. I once found (what turned out to be) a decent read with a very good note on its first page thanking the recipient for letting the celebrated young novelist crash at her apartment during his book tour; it was clear he was hoping for a sequel. What did the fact that this thank-you/please was now in my possession say about her take on him—or his book? (He’s since written one more novel. I haven’t read it yet or seen it among our donations, for that matter.)

A “customer” once told me and a few other volunteers about a local mixed-media artist who tucked their original photos into used travelogues from charity shops, then donated those travelogues back to the charity shops with their art inside—and it just so happened that they had found one upstairs in our travel section this afternoon, and by the way, they were most certainly not the artist in question.

We receive celebrity donations every now and again. Sometimes I learn this through the volunteer grapevine or because I myself am standing behind the counter, and, at other times, I learn this because one boldface name has inscribed a book to another. At a certain level of fame, does one just become immune to the gastrointestinally devastating idea of someone finding out that they inscribed their book to you and that you then gave it away? I don’t know how to feel about that.

Other inscriptions, from and to no one I recognize, are so lovely that I find myself hoping the former owner of the book has passed away; how else could that book have passed into my hands? That’s the sign—or a sign—of a beautifully-inscribed volume. It can motivate a strange woman in New York City to wish you dead.

We generally won’t accept books that have a lot of highlighting or marginalia, which is to say we don’t handle a lot of students’ old books; those are donated to another group that handles volumes in rougher condition than ours are. To screen a book for that donations-to-donate pile can be an utter delight, particularly if its previous owner was unreceptive to it; an anonymous seventh grader’s misspelled contempt for Ernest Hemingway can be a fine palate-cleanser when one is recovering from, say, lyrical inscriptions from donors who are hopefully no more.

About a year ago, the bookstore held an informal “sorting school” for longtime volunteers who wished to learn how to address initial donations, a job that’s usually set aside for staff. I have never considered myself an especially good judge of whether or not particular materials should be cherished by other people, and “sorting school” bore that out: I learned over the course of a few hours that I have terrible instincts when it comes to whether or not old books are valuable, and that everything I decide in that context should be second-guessed.

That should be humiliating, but in truth, it’s rather liberating. Were it not for the fact that I live in a one-bedroom Manhattan apartment with a man who loves records as much as I love books, it’s unlikely that reading material would leave my possession at all. As square footage is what it is and I bring a pile of purchases home from each of my volunteer shifts, though, I’ve had to get ruthless with books I’m unlikely to enjoy again—and the odds are decent that I’ll leave someone’s significant message behind. Should that be depressing?

I’m reminded of visiting the “Shakespeare Window” from Stratford-upon-Avon in Warwickshire back when I was in college; for centuries, visitors to the Henley Street site would scratch their names into its panes as proof of their pilgrimage to Shakespeare’s ‘birthroom.’ (Walter Scott and Thomas Carlyle both added their names, as did “Little Jack Stubbs,” who somehow managed to sign both the inside and outside of the window in 1816.) The Birthplace’s Collection’s Archivist is intrigued: “So how did this all begin? Did it start out as small acts of vandalism and turn into a tradition participated in by the great and the good?”

I’m then reminded of a copy of Priestdaddy that Patricia Lockwood signed for me after drawing Jonathan Franzen with a mixed-grill body on a portobello mushroom, a personal and thoroughly delightful relic. If my husband and I are crushed beneath our belongings and our relatives are tasked with carting away and donating the fatal media, it’s entirely possible that Patricia’s inscription will confuse the hell out of a bookstore patron one day. I rather hope it does.