Katharine Smyth, author of All the Lives We Ever Lived, found comfort in books after losing her dad.

By KATHARINE SMYTH • 1 year ago 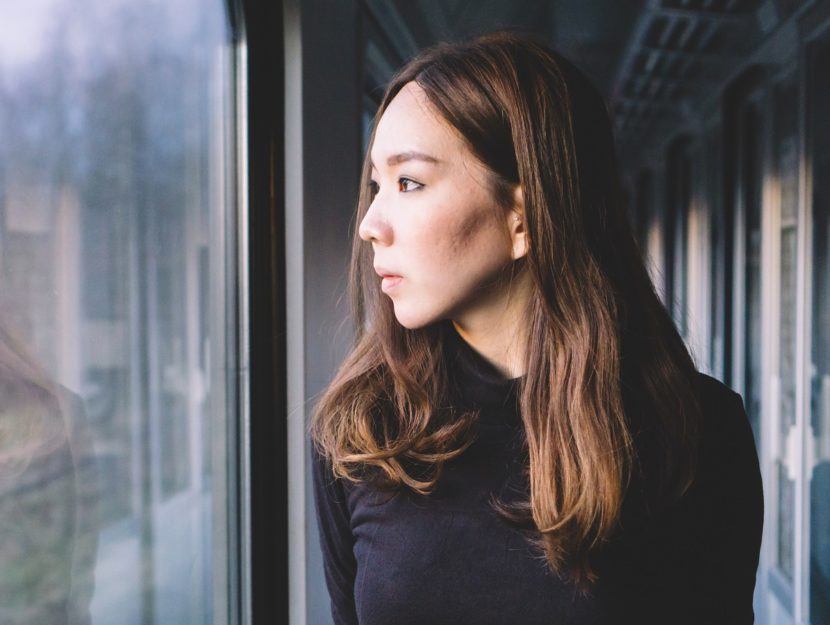 “The desire to read,” Virginia Woolf wrote in the Times Literary Supplement in 1923, “like all the other desires which distract our unhappy souls, is capable of analysis.” And then, of course—being Woolf, and one of our most rigorous and original thinkers—she goes on to perform such analysis, asking herself why it is that we are sometimes drawn to Pepys or Rimbaud, when at other times we would tear the house apart in search of Disraeli or Dr. Bentley. The answer, she says, lies in the nature of our present circumstances; our desires as readers are shaped by the conditions of our lives, by whether we wish to examine the passing moment more sharply or rather wish to flee it altogether. “Most fiction… makes us more aware of ourselves,” she concludes, while yet other examples fulfill our “desire to be steeped in imagination.”

When my father was dying of cancer and I was spending almost all of my time at the hospital, it was the latter desire that motivated my reading habits. Craving escape, I found myself drawn to fat, 19th-century novels even more fully than I usually am. By drowning myself in The Red and the Black and Wuthering Heights, I could bid goodbye to my father’s bedside and abscond instead to the tower prison where Mathilde pays Julien Sorel a visit in disguise, or to the misty, rutted moors that so confound Mr. Lockwood as he makes his way to Thrushcross Grange. It was enormously comforting to immerse myself in those worlds, gazing as if from some forgotten corner of the jail cell or farmhouse at all their passion and intrigue and sorrow. Stendhal’s Besançon and Brontë’s Yorkshire were at once fully realized and dependable—so much more so, paradoxically, than my father’s pale, watery hospital room—and their lifelike characters likewise so much more vibrant than the confused shadow of a parent that now lay at the center of my own tale.

In the months and years after my father died, however, I found myself in need of a different kind of literary comfort. He had been my best friend, and I had long assumed his death would devastate me; instead my grief was as fickle as weather, sometimes fierce but most often mild and subdued. And so it was that, in seeking to make sense of my experience, I began to turn to those authors and works—Virginia Woolf and To the Lighthouse in particular, but also Italo Svevo, Elizabeth Bishop, and Ralph Waldo Emerson, who writes with brutal honesty in the essay “Experience” about his impassivity on losing his 2-year-old son that refused to give in to pernicious clichés about bereavement. Indeed, Woolf’s nuanced portrayal of loss, which acknowledges the frustration, inconstancy, and even tedium of grief in addition to its horror, provided not just a welcome challenge to the prevailing wisdom but also a vital source of solace. From my father’s death, I learned that grief is personal and unpredictable, that it will confound our expectations as often as fulfill them, that the disappearance of a loved one, even the most loved one, is not necessarily the insurmountable setback we foresee. But it was both comforting and validating to find these lessons mirrored on the page; it made me feel like I was not alone.

Some 13 years have passed since then, and, for the time being at least, I no longer feel compelled to seek out books on death and mourning. And yet, as any Woolf fan will tell you, life is capable of great treachery as well as great reward. It wasn’t all that long after my father’s passing that I first went through a difficult divorce and next broke my neck in a car accident, experiences that brought me back to the bookshelf in search of escape and enlightenment in equal measure. As before, I found myself craving distraction by way of cogent characters and epic plots—may I suggest all 1,243 pages of The Count of Monte Christo for long periods of bed rest?—and then began to treat myself to works that, to paraphrase Woolf, would help me become more aware of myself. Elena Ferrante’s The Days of Abandonment—a book I found too close to the bone in the weeks after my husband had walked out—subsequently gave me a lens through which to explore and interrogate my shifting sense of identity. Rachel Cusk’s Kudos introduced me a community of female characters embracing independence while at the same time reckoning with the disappointment wrought by men. What’s more, having recently published a book myself, I had the honor and privilege of hearing from dozens of readers who had found consolation in its pages—some had gained there a model for the vicissitudes of grief, while others saw reflected their own trauma of growing up with an alcoholic parent. Yet others had simply recognized a kindred spirit who shared their love of reading. In this way, literature is also a conduit, a conversation between writer and reader, between past and present, that helps us to better know not just ourselves but also one another.

To the Lighthouse, an autobiographical novel about the death of Woolf’s mother, is arguably her most pessimistic take on the likelihood of locating what she calls “the clear words of truth.” But it does offer an alternative that, though it sounds lofty at first, should resonate with anyone who—in pursuit of clarity or solace or simply the deliciousness of feeling known and understood—has found herself crawling into bed with a good book. If we can’t find meaning in the natural world, Woolf reasons, if the relief it offers is mere artifice, then maybe we must turn to art instead. In the novel’s middle section, we learn that Mr. Carmichael’s new poetry collection has enjoyed surprising success, that the war has revived people’s interest in literature. Mr. Carmichael is a character steeped in loss, the loss of his wife and best friend both. But the poems he writes in response to that loss—as To the Lighthouse itself grew out of loss—offer comfort to a population scarred by death and war. Books may not give us the unequivocal truths that we desire from our world, but they can provide a stay against its chaos and confusion. 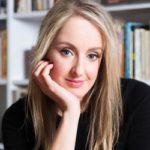 KATHARINE SMYTH is a graduate of Brown University. She has worked for The Paris Review and taught at Columbia University, where she received her MFA in nonfiction. She lives in Brooklyn, New York. She is the author of All the Lives We Ever Lived.