The Mountain Between Us by Charles Martin

“It’s getting colder. I guess the storm finally caught us. If I don’t get us wrapped in something we’ll freeze to death before daylight. I’ll have to set that leg in the morning. Rachel…I don’t know how much time we have, don’t know if we’ll make it out…but…I take it all back. I was wrong. I was angry. I never should’ve said it. You were thinking about us. Not you. I can see that now. You’re right. Right all along. There’s always a chance. Always….” keep reading…

On a stormy winter night, two strangers wait for a flight at the Salt Lake City airport. Ashley Knox, a writer, is flying East for her much anticipated wedding. Dr. Ben Payne has just wrapped up a medical conference and is also eager to get back East for a slate of surgeries he has scheduled for the following day. When the last outgoing flight is cancelled due to a broken de-icer and a forthcoming storm, Ben finds a charter plane that can take him around the storm and drop him in Denver to catch a connection. And when the pilot says the single engine prop plane can fit one more, if barely, Ben offers the seat to Ashley. And then the unthinkable happens. The pilot has a heart attack mid-flight and the plane crashes into the High Uintas Wilderness â€“ one of the largest stretches of harsh and remote land in the United States. Ben and Ashley survive the crash, but as the days on the mountain become weeks, their chances of rescue becomes increasingly remote. How will they make it out of the wilderness and, if they do, how will this experience change them forever?

• Get the reader’s guide for The Mountain Between Us.

• Visit www.charlesmartinbooks.com to learn if he’ll be in your area this summer. 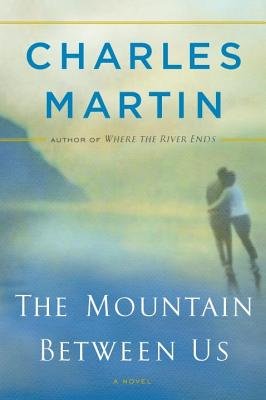