The Future is Female

5 books by women who marched—and those who follow in their footsteps. 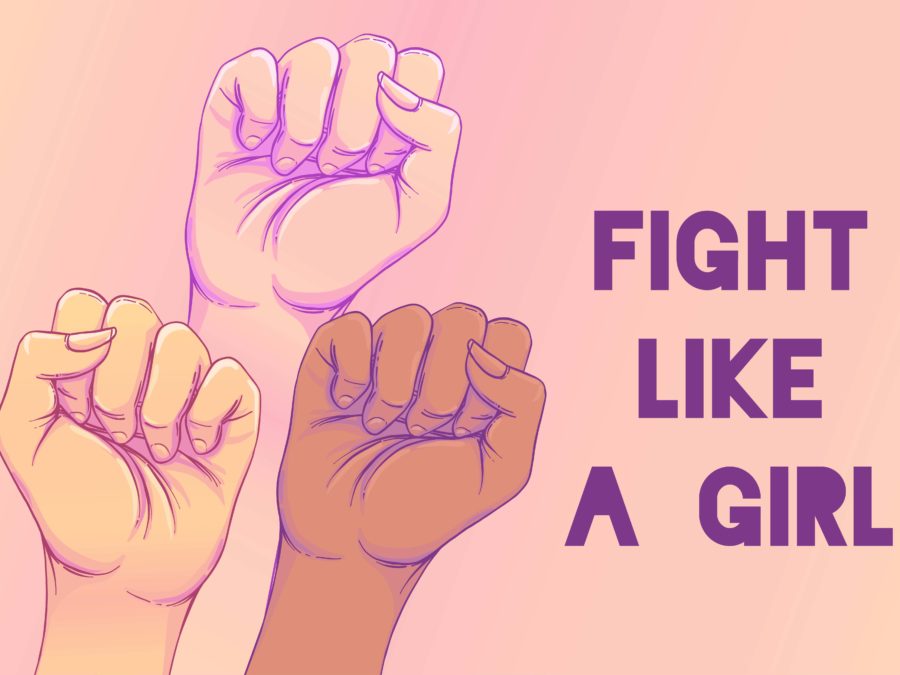 The Women’s March on January 21st, 2017, brought an estimated 5 million people out into the streets in the largest single-day demonstration in U.S. history. The march was more than a protest of a presidential election in which the winner lost the popular vote by nearly 3 million votes. It was a rally for civil liberties, a demonstration for constitutional rights, and a call-to-arms for all who fight for women’s equality.

The monumental outpouring of support for the Women’s March, and the activism it has inspired in the months since, caught commentators and politicians by surprise. Congressional representatives fled town hall meetings filled with angry constituents, activists protested on the doorsteps of senators in their hometowns, and floods of phone calls overwhelmed district offices for weeks on end. Those who dismissed the Women’s March as a one-time event are now having to reconsider the staying power and significance of this movement.

On International Women’s Day, thousands of women participated in “A Day Without a Woman” by walking out of work, shutting down municipal courts and school districts in Washington D.C. and beyond. Web sites like Book Riot and Tech Ladies posted no new content. The Statue of Liberty went dark. Women in Congress and those who weren’t able to leave work—or couldn’t afford to—dressed in red in solidarity, and protests were held at city halls around the country. While some news outlets pointed to the smaller crowds as an indication that the new women’s movement is losing steam, organizers and participants rejected this analysis. Thousands of small, local activist groups have sprung up around the country to write postcards, make phone calls, raise money, canvass in swing districts, and support candidates in upcoming elections.

As Rebecca Traister, author of All the Single Ladies, remarked recently, “Not in my memory have I ever seen so many people participating in the act of political resistance, not just the demonstrations, but the calling and writing their representatives, finding out about policy and legislation. I have never seen so many people, women and men, as politically engaged as they have been.” There’s a reason for this. Many of the women who are leading voices in today’s feminist revival—including Traister, Chimamanda Ngozi Adichie, Roxane Gay, Lindy West, and Kate Schatz—were not alive when Betty Friedan published The Feminine Mystique in 1963 or when Gloria Steinem launched Ms. Magazine in 1971.

Women like me who were born in the 1970s are the products of second-wave feminism. We were raised to believe that girls could do anything that boys could. That we could have careers and families and choose to get married or not. Our parents and teachers told us we were just as worthy as the boys we played with, but then we grew up and realized that those same boys were way more successful that we were. When I was in high school, I was a much better student than my crush, so I let him copy my math tests and French homework. I had better grades, higher SAT scores, and went to a better university. But when we grew up, he made twice as much money as I did in the same field.

When the women of our generation got married, we felt like we were marrying our equals. Then we had children and everything changed. We were lucky if we got six weeks of maternity leave; our husbands rarely got any time off. If we did go back to work, we scrambled for childcare. When the kids were too sick to go to school, we stayed home. When our husbands traveled for work, we were single moms. When we got divorced, studies proved that our standard of living plummeted while theirs rose. No one asked men how they balanced fatherhood and a career. No one could stop asking us the same question.

The morning after Hillary Clinton lost the election in 2016, an entire generation of straight white American women woke up and got woke. Women of color and the LGBTQ community didn’t have the privilege of coasting through the last 40 years thinking that women’s lib worked and everything was pretty much okay and maybe we just needed to lean in a little more to get that promotion. It took the collective WTF of this nation electing a misogynist to the highest office for too many of us to realize how insidious and entrenched sexism and racism is in our country. Like getting Lasik after years of squinting, everything snapped into focus. And what a mess we have woken up to. It’s worse than sleeping in on a Saturday and walking into the living room when the kids have been up for two hours and “made breakfast.”

The 19th amendment granting women the right to vote was ratified on August 18, 1920. It will mark its 100th anniversary in 2020, the year of our next presidential election. For more than a century, women in this country have fought for their right to be recognized as equals. Today, women are still fighting for wage equality, for reproductive freedom, for parental leave, for healthcare, for protection against domestic violence and rape. Women still have to fight against sexism in the workforce, and women are still fighting each other over what we should even be fighting for. A group of conservative women brought down the Equal Rights Amendment in 1977, and 53% of white female voters elected Trump to office. So much for the sisterhood.

On the Facebook page that I run, a small but vocal minority of conservative white women get outraged whenever Silent Book Club discussions turn political or get too “feminist” for their liking. After defending a particularly harsh attack against a postcard fundraiser we hosted for the Southern Poverty Law Center and Anti-Defamation League, it took me a week to recover. Debating anyone on Facebook is about as productive as screaming at traffic, and equally bad for your blood pressure, so I try to stick to facts and refuse to engage with trolls. But I find myself shocked and emotionally battered every time one of these threads blows up. “How can people believe this?” I ask myself, incredulous. These are women who read. Books make you smarter. Reading fiction is supposed to increase empathy! Then I check my bubble, acknowledge my privilege, and get back to work with a deeper understanding of what we’re up against.

This administration may take us backward a few steps, but they can’t stop progress. We fought for the end of slavery, women’s suffrage, the Civil Rights movement, and gay marriage. They can’t erase that history. The GOP can gut the EPA, but Americans are quite attached to clean air, safe drinking water, and our rivers not catching fire, like one did in Cleveland in 1969. So as a long-term political strategy, good luck with that. Nuclear war? Hell no. Millions of Americans losing their health coverage, and making the elderly and poor pay more so that the wealthy can have more tax cuts? Really? And don’t even get me started on defunding our public libraries.

It’s going to take more than a march and a strike and some postcards to end sexism. But history and demographics are on our side. Younger generations will replace the older ones, and all voting trends point left. Millennials are more liberal than any previous generation—just ask Bernie. The specter of climate change is not one that young people can afford to deny. And the women of my generation are not just raising our daughters to be feminists, we’re also teaching our sons how to be better men than the ones who are currently running the country.

When Betty Friedan wrote about “the problem that has no name” in 1963, she was talking about the insidious beliefs and institutions that undermined women’s confidence in their intellectual capabilities and kept them in the home. Women today know exactly what that problem is. As Rebecca Solnit quips, “It’s not you, it’s patriarchy.” The millions of women who marched in January did not stay home. We are confident as hell. And we are never going to stop fighting for equality and justice for all, regardless of race, creed, or gender.

There’s a saying on Wall Street that goes, “even a dead cat will bounce if it falls from a great height.” It’s used to describe a small, brief recovery in the price of a tanking stock. Well, gentlemen, grab your pussies, because you’re watching a dead cat bounce. The future is female.