The Stuff That Never Happened by Maddie Dawson

This giveaway promotion expired on September 05, 2010.

“2005. I started crying at Crisenti’s yesterday, over by the frozen foods. This was not cinematic, attractive weeping either; it was full-frontal, nose-running, eyes-streaming near-blubbering. I had to pull my cart over to the side of the meat case while I searched through the lint in my coat pocket for a tissue….I’d made it through Christmas all right, and the first anniversary of my mother’s death, and then through the season’s first eighteen snowstorms – and suddenly I was crying about all of it: how life is never going to be the same as it was when the children were home, and how Grant has never forgiven me for stuff that happened twenty-six years ago, and how I have somehow gotten to be almost fifty years old and all I have to show for it is a bunch of picture books….” keep reading…

Annabelle McKay knows she shouldn’t have any complaints. She’s been in a stable marriage that’s lasted almost three decades and has provided her with two wonderful children, thousands of family dinners around a sturdy oak table, and a husband so devoted that he schedules lovemaking into his calendar every Wednesday morning. Other wives envy the fact that Grant is not the type of man who would ever cheat on her or leave her for a younger woman. The trouble is Annabelle isn’t sure she wants to be married to Grant anymore. The trouble is she’s still in love with someone else.

“[A] deceptively bouncing, ultimately wrenching novel [that] will grab you at page one….The phrase ‘summer read’ seems invented for this debut.”
—People

• Read what people are saying about The Stuff that Never Happened. 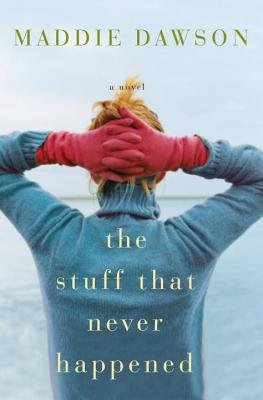