What would you do if you found a priceless WWII treasure in your basement? 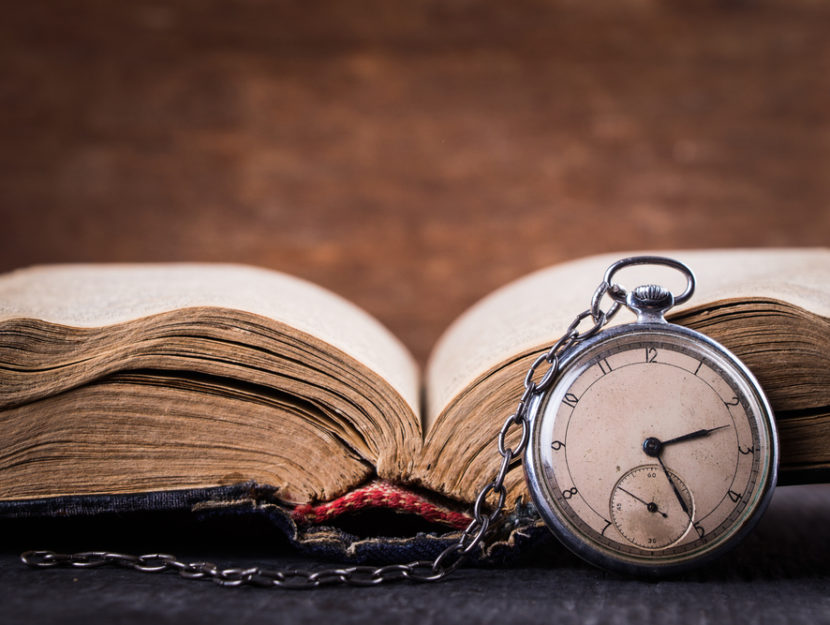 This week’s Read It First giveaway is Keeping Time by Stacey McGlynn, active until November 29, 2010. Enter below for your chance to win this great read!

Stacey McGlynn’s charming novel was inspired by a real-life visit from her first-cousin-once-removed, Dot Nicholson of Liverpool, England. We sat down with her to learn more about this unique backstory.

Read It Forward: Can you describe your book?

Stacey McGlynn: The book is about Daisy Phillips – a 77-year-old widow from Liverpool – who, while under pressure to sell her lifelong home and move into senior apartments, stumbles upon a long forgotten treasure in her cellar: a watch given to her by her first fiancé – a Brooklyn soldier stationed in England during World War II. Overcome with guilt that such a valuable object had been stored away for so long, curious about her lost love and itching for new experiences, Daisy travels to the US to find him, and restore the watch to its rightful owner.

She soon finds herself living with a large, colorful, hectic Long Island family who eagerly jump on board with her and her quixotic quest. It turns out to be an adventure that holds surprises for them all.

RIF: Why did you decide to have Daisy come from Liverpool?

SM: I have family in Liverpool, though until quite recently no particular connection to them. That changed the summer of 2007 when Dot Nicholson, a cousin I’d never even heard of before, came to visit. We were all taken with her, by her courage and lust for life in making the solo journey to New York to live for a few weeks with a family of strangers. But better still, she brought something completely unexpected with her when she walked into my life. She filled a lifelong hole.

RIF: Were the events described in the book true to her life?

SM: Very little really. Dot was widowed a handful of years before taking the trip and she and her husband, Bill, had done a great deal of travel throughout the long course of their marriage. She did miss travel and sadly assumed that she’d never have another opportunity again. Also, she did have a sister named Doreen. Daisy’s stories about being in Liverpool during WWII were based on Dot’s life. The rest is fictional.
What about the part that’s set on Long Island? Is any of that autobiographical?

No, not really, only that I do live on Long Island, I do have three sons about the ages of the characters Josh, David and Michael in the book, and like them, my sons do play the piano. Also, like Elisabeth, I have a hard working husband.

RIF: What about Dart Man? Where did that come from?

SM: There actually was a Dart Man many years ago, though I don’t remember who he turned out to be, or how he got caught, or how long his hold on Manhattan lasted. My husband and I were living in the city at the time and my husband, Rob, had a bike. It may have crossed my mind that Rob could be Dart Man because we were never together when Dart Man struck.

RIF: How long did it take you to write Keeping Time?

SM: Ten months, which surprised me. I wrote a novel before Keeping Time, which I worked on for about four years. I assumed Keeping Time would take as long but it didn’t. It just fell out of me. It was a very exciting experience.

RIF: So you’re saying that you didn’t work from an outline?

SM: Right. I had an idea of where it was going and how it would end, but for the most part I was inventing as I went along. It was fascinating and thrilling. I had a lot of fun writing the book.

RIF: Why did you bring Hulda into the story?

SM: The book is essentially about aging. Elisabeth is going through a period where she feels herself settling solidly into middle age and here Daisy comes bringing Elisabeth exactly what she needs – new perspective. Daisy herself feels that her age is defining her life so I brought Hulda in to offer Daisy what Daisy offers Elisabeth, that similar perspective.

RIF: Piano playing runs through the book. Do you by any chance play the piano?

SM: I did as a child and my own children do. They also play the violin, so we go to a lot of recitals and concerts. For the record, my husband and I never actually fell asleep at any of them. I used piano in the book because of its universality and timelessness and because there is something just so eternally wonderful about a grand piano.

RIF: Do you have any idea what your next book will be about? A sequel to this one perhaps?

SM: No, no sequel, though I am curious about what will happen next in Daisy’s life, so maybe someday. I’m working on a book I’m calling, Untangling the Vaughns.

RIF: Can you give us some idea what it’s about?

SM: It’s the story of Vevey Townsend, a suburban mom, who gets sent to Zurich by her unemployed husband in a desperate attempt to clinch a new job for him with her estranged aunt in the one place on earth Vevey never wanted to go, because of circumstances in her family’s past.

She goes and the trip ends up changing not only her life, but the lives of her brother and sister and their newly betrothed mother as well. It’s sort of the opposite of Keeping Time in that it involves an American traveling to Europe instead of a European traveling to America.

Visit the author at www.StaceyMcGlynn.com. Download an excerpt of Stacey McGlynn’s Keeping Time 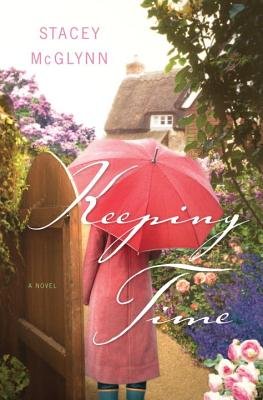 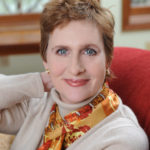 STACEY McGLYNN lives on Long Island with her husband and three sons. She holds an MFA in screenwriting from Columbia University. Keeping Time was inspired by a real-life visit from her first-cousin-once-removed, Dot Nicholson of Liverpool, England.From the Hardcover edition.