A lifelong fan recalls the joys of rereading the classic novel. 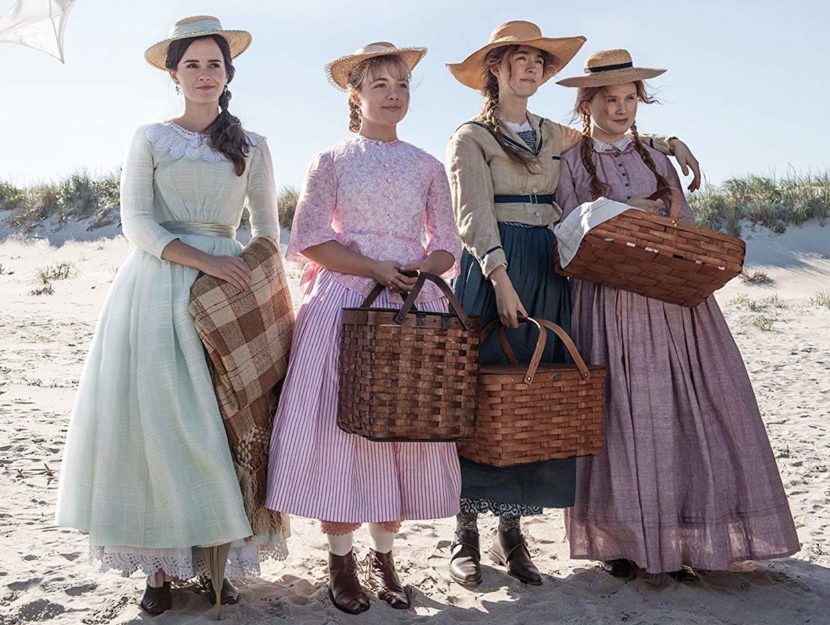 Louisa May Alcott’s novel is over a century old, but some elements still feel fresh. Others, not so much. One writer reflects on revisiting one of her childhood favorites.

The longing to take a break from difficult times seems like the most human of emotions. Not to run away permanently, leaving others to clean up the mess, but, rather, to find a place of respite where it is possible to catch one’s breath, remind oneself of simple pleasures, and then, once restored, to return to the fray.

All of my life, books have provided such a place to me. Reading allows me to change my circumstances by immersing myself in the world created by the writer’s imagination. The joy of finding a book that I can read uninterrupted for hours or days at a time has provided me with refuge from some hazardous storms.

I found this respite again while rereading Little Women. I hope that others—perhaps inspired by the movie adaptation directed by Greta Gerwig—will consider a trip back to the home of the March women to find a quiet place.

Even my sense memories associated with Little Women are pleasant. When I was in elementary school, each month, students would receive a small newsprint catalogue from the Scholastic Book Company, which gave us opportunities to buy our own books. Those galleries of treasure, as I thought of them, inspired me with their descriptions of books that I would soon be able to hold in my hands.

In my family, we didn’t always have extra money with which to buy things, but I could usually convince my mother to let me choose “just one.” Negotiations were often involved—the renewed promise to keep my room clean, a reminder that my chores including washing all the dinner dishes, not just the cups and plates—but when the time would come to turn in our book orders, I loved turning in the envelope made heavy by the coins inside.

I can even remember the experience of reading Little Women for the first time. I am around seven years old. I am wearing a long-sleeved blue nightgown that hangs down to my ankles. Mum and Dad have long since come by, turning out my light and kissing me goodnight. As usual, they have left my bedroom door open just a crack, and the hallway light is on. I sneak across the bedroom floor and sit in the crack of the door, so that the light can shine on my book. Then I sit, my knees drawn up under the nightgown so that I can stay warm, and I read, all the while keeping an ear open in case one of my parents comes into the hallway and catches me.

Reading Little Women for the first time meant I discovered Jo March for the first time. I didn’t know that girls like Jo existed, other than me, of course. I also loved to play the rough-and-tumble games more associated with boys. But more than that, I loved to sit and read and write, writing my little stories, and disappearing for the day down into books.

I didn’t have any other role models for that behavior. When I was young, girls still weren’t allowed to wear pants to school, and most girls I know wanted to grow up and be moms. Jo March rebelled against that idea. I loved Jo for that.

According to Anne Boyd Rioux in her book Meg, Jo, Beth, Amy: The Story of Little Women and Why It Still Matters, I was not alone. From the time when Louisa May Alcott published it in 1868, the book was enormously successful—not just among girls—but among adult men and women who enjoyed the “modernity” of the novel. The opening scene is dialogue among the four sisters as they try to work out their disappointment about the Christmas—the first Christmas during the Civil War—before them. Their father is away serving with the Union troops. The family has little money, and Marmee (their term for Mother) has decided that there isn’t enough money for the exchange of Christmas presents. As each girl responds to the dilemma, readers are provided with clues about their characters—all in the first lines of dialogue —the starting point of each girl’s bildungsroman that readers follow to the book’s conclusion.

Since the novel’s publication, young women who later grow up to be writers have talked about the book’s influence on them. It turns out that writers including Ursula K. LeGuin, Elaine Showalter, Carolyn Heilbrun, Elizabeth Alexander, Sonia Sanchez, A.S. Byatt, Margaret Atwood, Jane Smiley, Cynthia Ozick have claimed a love for the book. J.K. Rowling may have said it best: “It is hard to overstate what she meant to a small, plain girl [also] called Jo, who had a hot temper and a burning ambition to be a writer.”

But Jo was not the only character who drew fans. I know of women whose mothers named them “Beth,” for the gentle younger sister whom Jo loves dearly. Amy’s ambition to escape poverty, and Meg’s struggles as a young mother after she marries have also called to those readers in similar circumstances.

And yet, as much as I am a fangirl of this book, on my most recent rereading, I found moments that reminded me of the raging cultural debate we’re in the midst of. Jo has a temper. It can make her impatient with others when she needs to practice compassion, a characteristic she wants to quell within herself. But her anger is actually justified at certain moments! Rather than affirm her reasons for the rage she feels toward Amy over a horrendous act her sister commits against Jo, Marmee uses the events surrounding the incident to explain to Jo that she, too, shares her anger.

I’ve been trying to cure it for forty years, and have only succeeded in controlling it. I am angry nearly every day of my life, Jo; but I have learned not to show it; and I still hope to learn not to feel it, though it may take me another forty years to do so.

Marmee explains that she has learned self-control with the help of Jo’s father, plus in recognizing that her anger makes her “weak and wicked,” she to not express herself when she gets mad. Marmee still feels that anger—every day—but suppresses it so that she does not speak it.

Several times during the course of the narrative, Alcott presents Jo struggling with her temper. When Jo gives into it, bad things happen, so the message to readers is that anger is “always bad.” Each time Jo was coaxed out of her anger, I longed to offer her different advice. While not all anger is good, not feeling anger as a reaction to injustice seems unnatural. I’m not arguing that the actions taken against injustice need to be angry, but anger works as a self-preservation method and as a form of empathy in the face of wrongs done to ourselves and others.

Other readers may find themselves bumping up against odd moments in the book. The book is set during the Civil War, and yet there is not a single black character, nor any mention of slavery, during the time when their father is away. Rioux explains that Alcott’s publishers specifically told her not to “rehash” the events of the Civil War in order to not alienate potential readers. It made me wonder if anyone gave a thought to the “little women” of color who would read the book. Other readers will see moments when attitudes toward immigrants are expressed, especially Jews and the Irish. Later, some characters will express their discomfort with behaviors in Italian and French men, and readers will be reminded that Alcott came out of a background that prized a certain ethic of “plainness” that was tied to her moral and religious beliefs.

One of the great joys of reading Little Women has been entering it and immersing myself in it as both a child and as an adult. While many regard it as a “children’s book,” its multiple layers mean that young readers and more sophisticated adult readers will be able to draw from the book in different ways. For that reason, I can’t think of a better book for a “mother-daughter” book club.