Reading to Understand the State of the World

In stories both lived and fictional, we need diverse perspectives to make sense of our time. 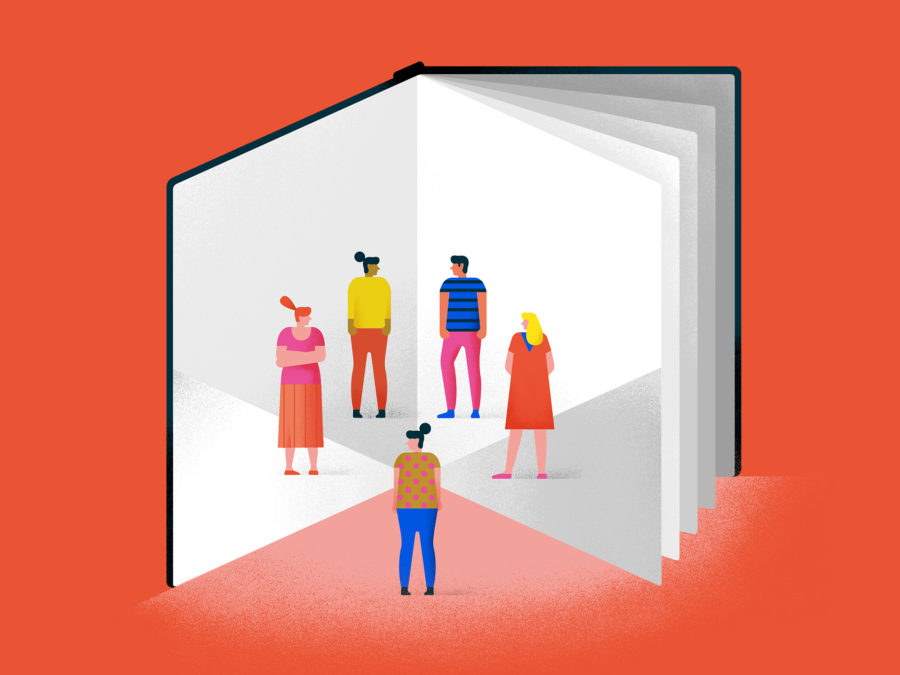 Imagine, if you would, the overlapping area in a Venn diagram of bibliophiles and pop science aficionados. A little over a year ago, that overlap was the recipient of some unsettling news: the findings of a 2013 study arguing that reading can make people more empathetic couldn’t be replicated. Now, late in 2017, that result seems even more heartbreaking. In the world around us, empathy seems in short supply, and the idea that the act of reading could make an impact is inherently appealing.

But while simply opening a book and beginning to cast our eyes across the words it contains might not be sufficient to cause an onrush of beatific thoughts, a number of recent books—some nonfiction, some fiction—do offer readers a means by which they can more deftly understand the world around them. Literature lets us see the world differently, and can place us in positions we might never be in over the course of our lives.

In some cases, these books are works of fiction that use a variety of styles and literary devices to convey a multiplicity of perspectives on the world. The stories in both Randa Jarrar’s Him, Me, Muhammad Ali and Deepak Unnikrishnan’s Temporary People veer from the tautly realistic to the surreal and fantastical. Jarrar’s book moves from the Middle East to the United States, exploring the lives of everyday people and addressing questions of displacement, culture, and the spaces we hold dear. Unnikrishnan’s collection has a slightly narrower focus, using the frustrations of guest workers in the United Arab Emirates as a starting point for a stylistically bold group of stories. The fact that both authors use differing levels of realism from story to story is also crucially important: sometimes the best way to make a point about a real-world condition in a story is to avoid utilizing the real world.

Whether dealing in worlds that are recognizably our own or employing characters from myths and legends, fiction can offer a bold window into understanding questions both local and global. When it comes to nonfiction, there are even more options available for readers and writers alike. At the center of Samantha Irby’s essay collection We Are Never Meeting In Real Life is Irby’s voice as a writer: candid, familiar, and capable of working in a host of styles. (The first collection in the essay is written as an application to be on The Bachelorette.) The confidence and consistency in her authorial voice enables her to deal with serious questions while keeping a sense of narrative balance. Over the course of the book, Irby covers questions of desire and sexuality, the complexities of her family, city life versus its suburban counterpart, and race and class.

The result of Irby exploring her own life through nonfiction shows her perspective on a host of subjects frequently discussed by public intellectuals, people on social media, and talking heads on television. For other writers of nonfiction, the stories of other people’s lives can be useful for exploring these issues. The 2016 edition of Rebecca Solnit’s Hope in the Dark, for instance, finds Solnit looking into questions of political change, activism, and the ease with which despair can harm those seeking to make the world a better place. Ann Powers’ Good Booty takes on a century’s worth of music and pop culture, showing how artists—including Etta James, David Bowie, Kate Chopin, and Beyoncé—have navigated complicated questions of race and sex—and thus, how their presence in pop culture have also caused societal attitudes about both to shift over time. And Hanif Abdurraquib’s They Can’t Kill Us Until They Kill Us also uses art as a starting point (literally—the book begins with essays about Bruce Springsteen and Chance the Rapper) to engage in a broader interrogation of American society circa now.

In some cases, the format of an anthology works best, in which an abundance of writers can bring their different perspectives to cover the many sides of an issue. Consider Kingdom of Olives and Ash, edited by Michael Chabon and Ayelet Waldman. The anthology was assembled in conjunction with Breaking the Silence, described as “an organization of veteran combatants who have served in the Israeli military since the start of the Second Intifada and have taken it upon themselves to expose the Israeli public to the reality of everyday life in the Occupied Territories.”

In their introduction, Waldman and Chabon discuss the process of assembling a diverse group of writers, representing a host of backgrounds and perspectives. The resulting anthology doesn’t stint on the complexities of the issues tackled by the writers, and it offers a variety of perspectives ranging from the sprawling to the intimate. To cite three examples, Mario Vargas Llosa takes a historical view of the conflict; Porochista Khakpour explores the life of a Palestinian rapper; and Assaf Gavron discusses the role of soccer in all of this.

Waldman and Chabon write that storytelling “has the power to engage the attention of people who, like us, have long since given up paying attention, or have simply given up.” While they’re discussing the issue that’s at the center of their anthology, they also make a larger point. We’re surrounded by heated debates over hot-button issues nearly every day, which can make processing our own perspectives on them almost impossible. And that’s yet another reason why looking at some of these questions through the medium of stories—whether nonfiction or fiction—can help us make sense of them, and lead us to a greater understanding.