Reading Guide for The Gracekeepers

For readers of The Night Circus and Station Eleven, a lyrical and absorbing debut set in a world covered by water. 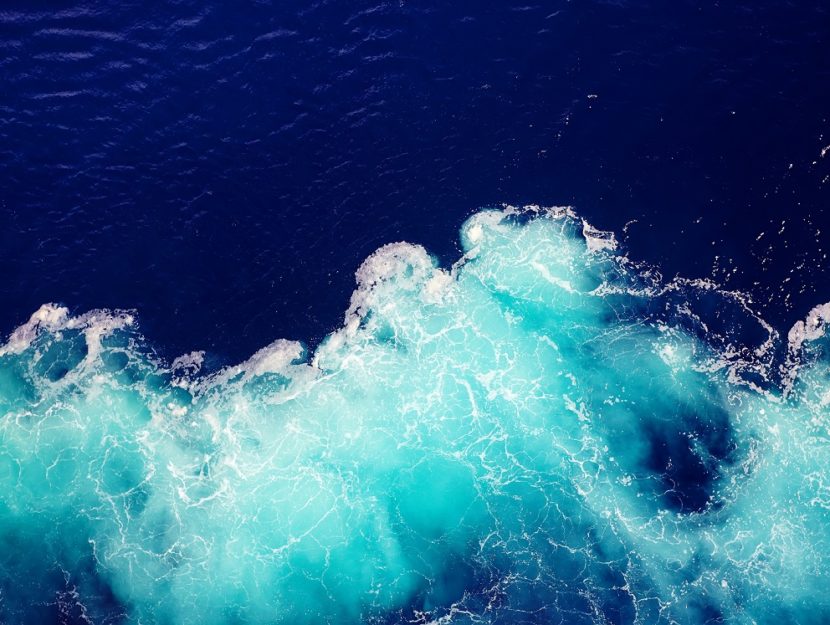 As a Gracekeeper, Callanish administers shoreside burials, laying the dead to their final resting place deep in the depths of the ocean.

Alone on her island, she has exiled herself to a life of tending watery graves as penance for a long-ago mistake that still haunts her. Meanwhile, North works as a circus performer with the Excalibur, a floating troupe of acrobats, clowns, dancers, and trainers who sail from one archipelago to the next, entertaining in exchange for sustenance.

In a world divided between those inhabiting the mainland (“landlockers”) and those who float on the sea (“damplings”), loneliness has become a way of life for North and Callanish, until a sudden storm offshore brings change to both their lives–offering them a new understanding of the world they live in and the consequences of the past, while restoring hope in an unexpected future.

Inspired in part by Scottish myths and fairytales, The Gracekeepers tells a modern story of an irreparably changed world: one that harbors the same isolation and sadness, but also joys and marvels of our own age.

1. In The Gracekeepers, Kirsty Logan has conjured a world rich in magic and strangeness. Land is scarce, landlockers revere the few remaining trees, paper—like the ruffles on Red Gold’s shirt—is wildly expensive, and damplings must wear bells when they roam the land. What was your favorite image from this book’s unique and powerful world? What were your first impressions of the novel?

2. Both Callanish and North have secrets, both physical and emotional, that they hide from the world.  What are they, and how do they affect the choices they make as characters? Why do you think North and Callanish keep their secrets for so long?

3. In their world, Callanish and North are defined by their respective roles as gracekeeper and bear- girl. In your opinion, how much control do they have over their lives? Are there benefits to either of their lifestyles and, if so, what are they?

4. The restings performed by the gracekeepers are part of a rich cultural tradition to bury and honor the dead. Describe a few of these rituals—in what ways are they similar to or different from those you’ve practiced in your own lives?

5. Despite the danger, North sleeps beside her bear and puts herself at risk caring for him. Were you surprised by the depth of North’s feelings for him? Why do you think he played such an emotionally central role in her life?

6. The Excalibur is not only a traveling circus but, also, a family with complex relationships and a ship’s crew.  What roles do each of the performers play in their small community? Which relationships most intrigued you?

7. The glamours and the clowns play a special function within the circus: both are provocative acts that entice, and incite, the audience. What tools do they use to tap into people’s emotions?

8. Land and sea, male and female, dampling and landlocker —duality is ever-present in the novel. What do you think the author is exploring here?

9. Like most damplings, Melia and Whitby revere the ocean. Red Gold and Avalon revere the land, as do most landlockers.  Which appealed to you the most and why?

10. North is reluctant to share the story of her pregnancy because, even for the world of landlockers and damplings, it’s rather fantastic. What did you take away from her telling of it? Did you believe her?

11. When Callanish and North first meet, they confide in each other very quickly. What do you think prompts this sudden intimacy?

12. Both Callanish’s and North’s lives are defined by loss.  Is this true for the other inhabitants of their world?

13. How does Kirsty Logan define the concept of “family” throughout The Gracekeepers? What does it mean to North and Callanish?

14. Callanish has never forgiven herself for what happened to her mother. How does she attempt to atone, and do you think she succeeds?

16. When Callanish first meets North, she says, “I haven’t slept a full night since I got here. It’s hard to let go. It’s not safe.” Flitch warns Callanish, ‟Little fish . . . you’re always like this. Always picking holes in things. If you’re not careful, it’ll all come unravelled.”  What do you think Callanish and Flitch mean by these comments?  Who is “safe” in their world? What could ‟unravel”? In what ways do Callanish and North find safety by the book’s end? 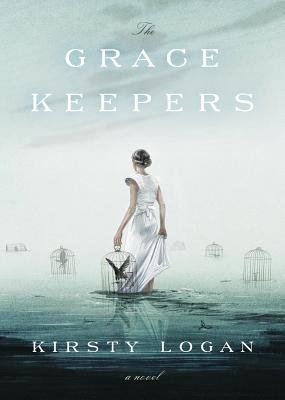 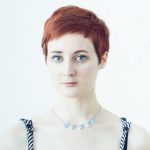 KIRSTY LOGAN is an award-winning writer based in Scotland. She regularly performs her stories at events and festivals around the UK and Europe. The Gracekeepers is her debut novel.