10 Rad Women Writers from Around the World

You should get to know these rad women writers from around the world.

By KATE SCHATZ • 2 years ago 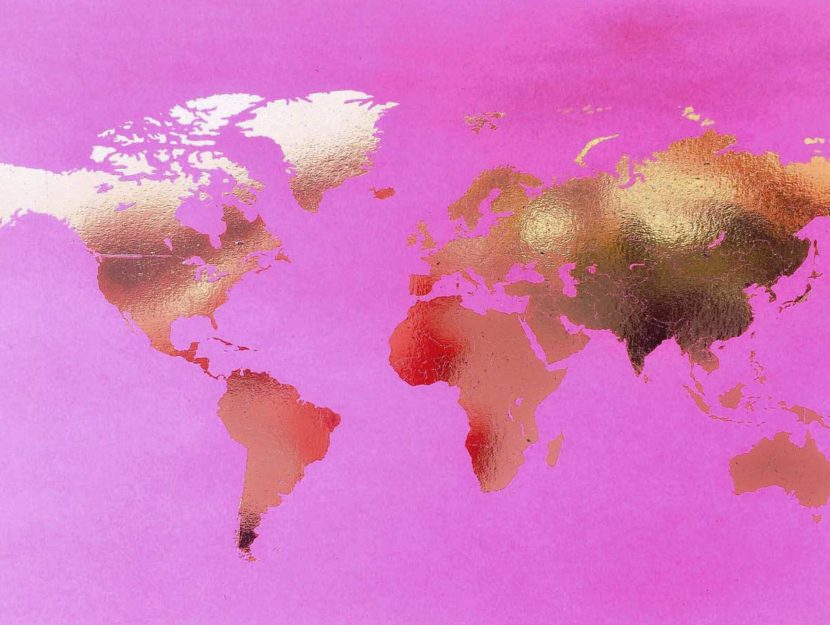 The first known author was an ancient Sumerian priestess named Enheduanna. The first novel was written by Murasaki Shikibu, a lady-in-waiting at the Imperial Court in Japan. Women wrote plays in ancient Greece, poems in ancient Persia. Fast forward some centuries, and five of the world’s top ten bestselling authors are women. Women from all over the world have been creating, influencing, and contributing to literature since its inception. Yet google “greatest writers” and you still get this:

(If you scroll the right for a while you eventually get to Virginia Woolf, then Jane Austen. J.K. Rowling, one of those top-selling authors, eventually appears as well. Out of, like, sixty dudes.)

It’s probably not a huge shock to see a slew of white, male, American/British/Russian faces here—but that doesn’t make it any less frustrating. So, to counteract that in some small way, I want to bring attention to just a few of the women writers from around the world who have produced or are producing beautiful, necessary works of literature. (And I really mean just a few. It’s a good thing I have a wordcount and a deadline, because this could be very, very long.) I’ve kept it to twentieth- and twenty-first-century fiction writers (rad women poets is another article entirely), and have included writers who write in English and those whose works have been translated. These are women whose novels and stories show us worlds, cultures, lives, and truths that need to be known.

As a monolingual person, I experience a particular sadness when I think about the many stories I won’t get to know. A New York Times study found that less than four percent of the new adult fiction published in the U.S. is in translation. That’s a huge loss, especially when you consider the wise words of Susan Sontag: “To have access to literature, world literature, was to escape the prison of national vanity, of philistinism, of compulsory provincialism, of inane schooling, of imperfect destinies and bad luck. Literature was the passport to enter a larger life; that is, the zone of freedom… Literature was freedom.” With that in mind, read on.

1. Shahrnush Parsipur, Iran
Shahrnush Parsipur is an Iranian novelist who has been living in exile for many years. Prior to Iran’s 1979 Revolution, Parsipur received a BA from the University of Tehran, studied Chinese at the Sorbonne, worked as a journalist, and published a novel. Her second and most well-known novel, Touba and the Meaning of Night (Touba va ma’na-ye Shab), was published in 1989—after Parsipur had been released from spending almost five years as a political prisoner, under the repressive post-Revolution regime. The epic novel, which combines fantasy, mysticism, and realism, explores female life and sexuality in Iran. It received great critical acclaim and became an instant bestseller—it was then banned in Iran and led to Parsipur’s re-imprisonment. Parsipur has written eleven novels, all of which explore themes of female desire, struggle, and sexuality. They all remain banned in her native country.

2. Guadalupe Nettel, Mexico
Guadelupe Nettel is a contemporary Mexican writer whose story collection Pétalos y otras historias incómodas won the 2013 Premio de Narrativa Breve Ribera del Duero prize. She also won the Premio Herralde in 2014 for her novel Después del invierno — a huge deal, as very few (as in three) women have won these prestigious awards for Spanish literature. Nettel’s work is spare, smart, and captivating, and represents one of the few contemporary female voices being translated from Spanish into English for American publication. Mexican writer Valeria Luiselli calls Nettel “the most luminous face of contemporary Latin American literature.” The English-language translations of the two books were published as Natural Histories: Stories and The Body Where I Was Born by Seven Stories Press in 2014 and 2015. The New York Times called Nettel’s stories “flawless.”

3. Elena Ferrante, Italy
“Elena Ferrante” is the pseudonym of the Italian novelist responsible for captivating much of the reading world for the past several years with her incredibly intense, complex, and heart-wrenching Neapolitan novels. The four books (My Brilliant Friend; The Story of a New Name; Those Who Leave and Those Who Stay; and The Story of the Lost Child) track the passionate and overwrought friendship of two Italian women as they grow up, come of age, and navigate adulthood in a violent, impoverished section of Naples. They give depth and legitimacy to platonic female friendship in a way that feels unprecedented. Prior to the Neapolitan novels, Ferrante published several other novels, and has most recently published a children’s book. Despite the dogged and often invasive pursuit of journalists, Ferrante maintains her anonymity, explaining that “books, once they are written, have no need of their authors.”

4. Helen Oyeyemi, Nigeria, Great Britain, et al
At thirty-two years old, the highly acclaimed and award-winning writer Helen Oyeyemi has published five novels, two plays, and one short story collection. (In fact, she wrote her first novel while still studying for her A-levels.) Born in Nigeria, she was eventually raised in South London, and then spent her twenties moving around to various European capitals before settling on Prague. Her books are beautiful, haunted, gothic fairy tales that are reworked with a literary twist and a sharp eye toward race and gender, loss and love. Boy, Snow, Bird brings the Snow White myth to 1950s London, while the recent collection What Is Not Yours Is Not Yoursfeatures a series of stories that all involve keys and constantly blends the real and the unreal.

5. Randa Jarrar, Palestine, U.S.A.
Randa Jarrar is a contemporary Palestinian/American fiction writer who was born in Chicago and raised in Egypt and Kuwait by her Egyptian mother and Palestinian father. She currently lives in Fresno, California, where she teaches Creative Writing at the university there. Jarrar’s work seeks to expand literary representation of Arab people, and her stories take place in cities and countries all over the world. Her novel A Map of Home, which came out in 2008, is a coming-of-age story set against the 1990 invasion of Kuwait, with the Israeli-Palestinian crisis looming large as well. Her newest book of fiction, Him, Me, Muhammed Ali, is receiving rave reviews for its bold, wry stories depicting the lives of (mostly) Arab men and women, from Cairo to New York to Palestine to Sydney to Istanbul.

6. Clarice Lispector, Brazil
Clarice Lispector was born in Ukraine in 1920 to a Jewish family who soon after had to flee the country amid rising anti-Semitism. Along with thousands of other Jews, they sought refuge in Brazil (which now has the ninth-largest Jewish population in the world). After her mother’s death, Lispector was raised by her father in Rio de Janeiro. She went on to become a wife, a mother, and Brazil’s most famous modern writer. Known to many as simply “Clarice,” she published several novels and eighty-five short stories. The most recent English translation of Lispector’s work was done by Katrina Dodson, who won the prestigious PEN Translation award for translating the complex, stylistically wide-ranging Portuguese into English. A rad woman like Dodson translating the work of an incredible writer like Lispector? Total win-win.

7. Doris Pilkington Garimara, Australia
Doris Pilkington was an Indigenous Australian author. Born Nugi Garimara in a settlement in Western Australia, she is best-known for her 1996 novel Follow the Rabbit-Proof Fence, which is based on her own mother’s experience as a child of Australia’s Stolen Generation (the twentieth-century government-sanctioned removal of mixed-race children from their families). Pilkington was also part of this brutal legacy: She was taken from her mother and sent to a settlement camp when she was just three years old. Like her mother and aunt before her, she escaped, but it wasn’t until Pilkington was an adult that she learned her mother’s story. Her interviews with her mother and aunt formed the basis for Follow the Rabbit-Proof Fence, which tells the story of three young Aboriginal girls who escape from their settlement and walk over 1,000 miles to return home. It was made into a film in 2002, which received great acclaim and wide distribution. Pilkington published several other novels before her death from ovarian cancer in 2014, and also created a children’s version of Rabbit-Proof Fence called Home to Mother.

8. Edwidge Danticat, Haiti
Edwidge Danticat was born and raised in Port-au-Prince, Haiti. When she was young her parents sold their possessions and purchased passports, planning to move the entire family to Brooklyn in order to escape the political tumult of 1970s Haiti. But red tape and bureaucratic delays kept Danticat from joining her parents until she was twelve years old, when she was finally able to move to Brooklyn and begin to learn English. This immigrant experience has informed much of her award-winning work, as she moves back and forth between nations, cultures, and languages to tell her stories. Her first novel, Breath, Eyes, Memory, grew out of her MFA thesis project at Brown University; four years after its 1994 publication it became an Oprah Book Club selection. Themes of national identity, mother-daughter relationships, and the complex social and political dynamics of diaspora and migration run through her many adult novels, young adult novels, story collections, and essays.

9. Janet Frame, New Zealand
Janet Frame is the most famous New Zealand writer of the twentieth century. Frame’s work is poetic, surreal, and urgent. Born in 1924 as Nene Janet Paterson Clutha, she moved often with her working class family, and suffered traumatic sibling losses early on. Much of her young adult life was spent in and out of mental institutions, where she was misdiagnosed with schizophrenia and subjected to electroshock treatments. As the story goes, Frame was days away from a scheduled frontal lobotomy when word came that her first story collection, The Lagoon and Other Stories, had been awarded New Zealand’s most prestigious literary prize. The lobotomy was canceled. In her lifetime she published eleven novels (including Faces in the Waterand Scented Gardens for the Blind), five story collections, three volumes of an autobiography, a volume of poetry, and a children’s book. Her autobiographies, which Frame saw as a way to ‘set the record straight’ about her mental health and storied past, were adapted for television by filmmaker Jane Campion (and later made into a feature film). The autobiographies sold better than any of her other literary endeavors.

10. Hisaye Yamamoto, U.S.A.
Hisaye Yamamoto was one of the first Japanese-American writers to earn acclaim after World War II. She was born in Southern California to immigrant Japanese parents; after World War II broke out, the Yamamotos were sent to an internment camp, where the twenty-year-old Yamamoto published some of her first fiction in the camp’s newspaper. After the war she went to work for a Los Angeles newspaper whose audience was primarily African American, an experience that exposed her to the intense racism experienced by Black America. This, plus her three-year stay in the camp, informed the stories she would write; she often explored the disconnect between first- and second-generation immigrant family members, and often wrote about interracial relationships and dynamics. Her spare, polished short stories were published in prestigious journals during the 1950s, and though she was often compared to great short story writers like Grace Paley, Katherine Mansfield, and Flannery O’Connor, Yamamoto never received anywhere near the mainstream recognition that they did. She and her husband had five children and Yamamoto’s literary output all but ceased. In 1988 a collection of her stories, Seventeen Syllables and Other Stories, was published by Kitchen Table: Women of Color Press, and Yamamoto’s work gained a new wave of attention and acclaim. 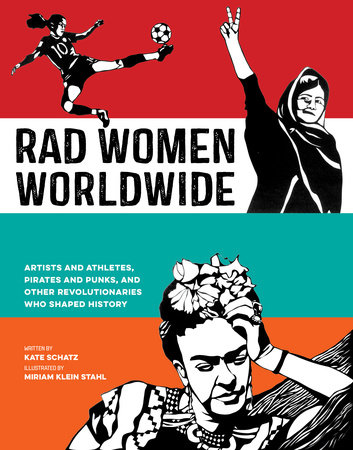 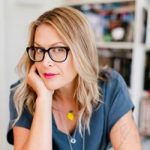