Lindsey Taylor Wood, CEO of The Helm, shares extraordinary books by women who have inspired her.

By Lindsey Taylor Wood • 2 years ago 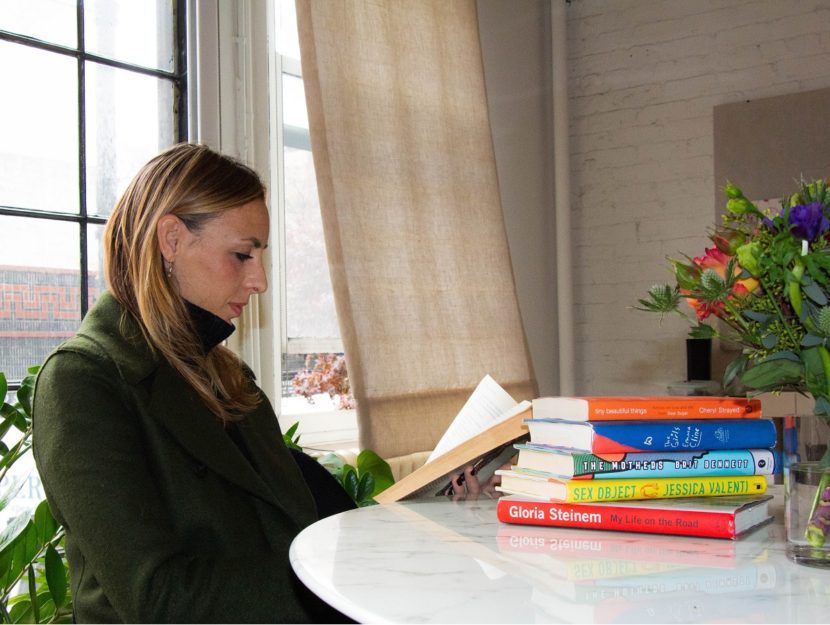 As CEO of The Helm, I’m all about investing in and amplifying the voices of women—and that includes wonderful books by savvy and smart authors. And when I say we are invested in women, I mean it literally. The Helm’s venture fund invests in female-founded startups, putting capital behind the next generation of leaders in technology and innovation. In March, we will be launching an e-commerce and content platform where everything on the site will be from a female-founded company. (Sign up for our newsletter here to shop it first.) Here are some of my all-time favorite reads, books by women that I find myself reaching for repeatedly as sources of inspiration, entertainment, and empowerment.

LINDSEY TAYLOR WOOD brings over a decade of experience as a leader in the gender equality movement to The Helm, a new community investing in female founders. An expert in the empowerment of girls and women, Lindsey was the Founder & President of LTW, an impact studio with an emphasis on contemporary feminism. Clients include actor Matt McGorry, MAKERS, The Conversation with Amanda de Cadenet, The Harnisch Foundation, Women Moving Millions, and filmmakers Jill Bauer, Ronna Gradus and Rashida Jones, among others. Her ability to use philanthropy and culture symbiotically, and with a gender lens, made her a sought-after strategist in the women’s rights movement. Prior to consulting, Lindsey was on the founding team of Catapult, a crowdfunding platform for girls and women. Catapult was designed to establish and maintain a sustained, long-term funding infrastructure capable of scaling to many thousands of projects and delivering millions of dollars in funds to benefit girls and women. Lindsey also worked for Women Deliver, a leading global advocate for girls’ and women’s health, rights, and wellbeing. Cornerstone projects included the Women Deliver 50 Campaign and the training of youth advocates throughout sub-Saharan Africa as part of an invitation-only regional consultation in Kampala, Uganda with government officials and agencies, policymakers, and advocates focused on achieving the United Nations’ Millennium Development Goal 5. Pre-NGOs, Lindsey contributed to a variety of campaigns centered on conflicts in Central Africa, as well as “The Enough Moment,” a book by John Prendergast and Don Cheadle. Named one of the 20 Young Champions for Women by The White Ribbon Alliance for Safe Motherhood, she serves on the Feminist.com Board of Directors and recently advised the Elizabeth A. Sackler Center for Feminist Art on the Brooklyn Museum’s seminal conference The Brooklyn Conference: Inspiring Social Change.