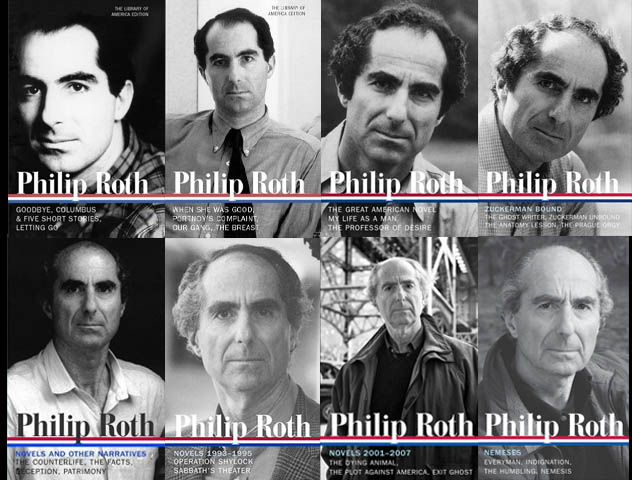 Looking for the best Philip Roth books? You’ve come to the right place. Roth is arguably the best American novelist of the 20th century. Between Goodbye, Columbus in 1959 and Nemesis in 2010, Roth published 27 novels and four books of nonfiction, and he won three PEN/Faulkner Awards, two National Book Awards, two National Book Critics Circle Awards, two WH Smith Literary Awards, a Pulitzer Prize, the Man Booker International Prize, the PEN/Nabokov Award, the Franz Kafka Award, the National Book Foundation Medal for Distinguished Contribution to American Letters, a Gold Medal in Fiction from the American Academy of Arts and Letters, and the 2010 National Humanities Medal given by Barack Obama in the East Room of the White House. Whew.

In a 2006 New York Times Book Review poll of writers, critics, and editors regarding the “single best work of American fiction published in the past 25 years,” six of Roth’s novels made the cut, more than anyone else. Critic A.O. Scott noted, “If we had asked for the single best writer of fiction of the past 25 years, he would have won.”

Dude’s got credentials. But it’s more than that. For me, it’s Roth’s unparalleled voice that nudges him above the rest. His sentences are stunning feats of style and rhythm, whether he’s reproducing free-associative speech (as in Portnoy’s Complaint), parodying the tergiversating tap-dance of “real politik-ese” (in Our Gang), or his masterful use of third-person limited (Zuckerman Bound, Everyman, etc.).

Among his novels are satires, romps, dramas, alternate histories, metafictional experiments, meditative explorations, period pieces, and grand indictments of the American century. Like his cinematic counterpart, Woody Allen, Roth’s fiction is assumed to be repetitive (an opinion captured by Australian publisher and critic Carmen Callil, one of the judges for the Man Booker International Prize, who withdrew from the panel because Roth “goes on and on and on about the same subject in almost every single book”), but even a cursory glance at his oeuvre renders that argument moot.

But that doesn’t mean Roth doesn’t have his recurring themes, as every artist does. And one of his most prominent subjects is the emotional and intellectual life of a writer. When I first encountered Roth’s Zuckerman novels, I felt such a sense of relief that I wasn’t the only one who thought and felt these things. He was a novelist dedicated to the art of fiction, and his commitment produced some of the most illuminating and engaging books in the past 50 years. So what if like all creative people he returns to certain themes? Like Zuckerman writes in The Prague Orgy, “No, one’s story isn’t a skin to be shed—it’s inescapable, one’s body and blood.”

Because Roth is such an important writer, and because he wrote so many books, I thought it would be a wonderful service to rank all of his novels, so that any interested reader might use it as guidance for breaking into the astounding catalog of an American icon. This list is entirely my opinion, with little or no consideration for acclaim, historical importance, or artistic breakthroughs. My rankings are purely based on readability, insight, stimulation, and entertainment.