Pauls Toutonghi on Being Married to Another Novelist

The author of Evil Knievel Days tells us the hidden benefits of having another novelist at home.

By PAULS TOUTONGHI • 9 years ago 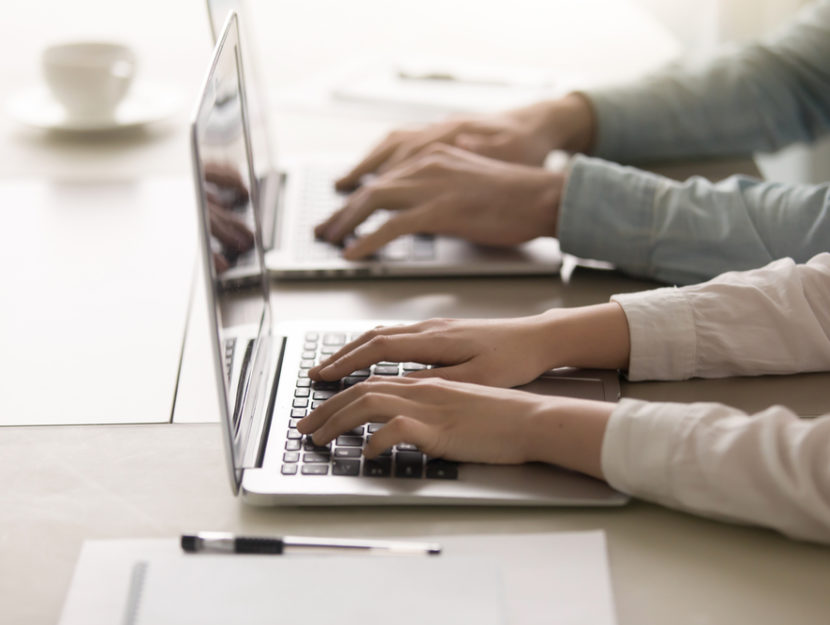 The book took four years to write – and during that time she also gave birth to (and helped raise) our two-year old twins, Beatrix and Phineas. I have nothing but the deepest admiration for Peyton’s work ethic, for the way she returned to the page, again and again, despite the exhaustion of being a new parent, despite the physical hardships of the pregnancy and the first months of motherhood.

Being married to another writer, another novelist, is a fascinating thing. The most fundamental truth about it is this: Peyton understands what I go through – what it feels like to be a practitioner of our art.

When my characters aren’t coming alive – when the scenes are flat on the page – I don’t have to explain anything, don’t have to describe the way that failure coils in my chest, a physical misery, a tight band of frustration that I cannot dislodge.

She’s also my best reader. In this respect, I’m the luckiest novelist in America (or among the lucky few). In 2010, a critical section of Evel Knievel Days wasn’t working; I gave Peyton the pages; she went to the coffee shop.

Three hours later, she reappeared, triumphant, brandishing the manuscript above her head. “I figured it out!” she said, leaping up the front stairs two at a time. “I know how you have to reorganize it!”

And she was right. A shift in the timeline, a bolstering of the role of a secondary character – and there it was, the story suddenly luminous again, its potential unlocked with a few minor alterations. We shared the joy of this moment. It was a satisfaction that matched any other in the years of our marriage.

The flip side of this, however, is that our characters feel entirely real to us – and so we argue about their lives the way that we might argue about the lives of our friends or family.

“Would Khosi really make that decision?” Peyton once asked me, during a particularly contentious car ride, curious about something that my protagonist, Khosi Saqr, was doing.

“Absolutely,” I told her.

There was a long, meaningful silence.

“Are you sure?” she said, implying – of course – that in fact I was wrong.

The photograph here was taken in one of the deserted back alleys of the Muhammad Ali mosque complex on the outskirts of Cairo, Egypt. We’d travelled to Cairo in 2011 for Granta Magazine – immediately after the Egyptian Revolution. Peyton is not a Muslim, but she thought it was appropriate to wear a headscarf – given the fact that we were about to enter one of Egypt’s most significant mosques.

We saw this sign and it seemed too perfect; I remember the sun was relentless, making it hard to look into the lens. Just over my shoulder are the alabaster minarets of the mosque. And, in my imagination, that arrow – the one on the sign – is pointing towards the future. 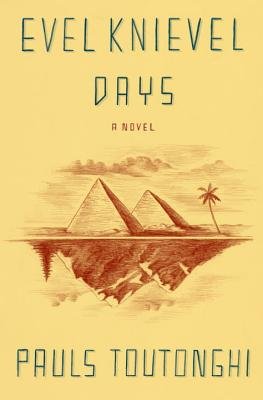 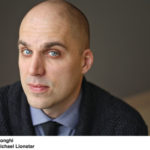 PAULS TOUTONGHI was born in 1976 to an Egyptian father and a Latvian mother. After receiving his PhD in English Literature from Cornell University, Toutonghi moved from Brooklyn, New York to Portland, Oregon - where he now teaches at Lewis & Clark College. His first novel, Red Weather, came out from Random House in 2006; his second novel, Evel Kneivel Days will be available wherever books are sold July 17, 2012.

PAULS TOUTONGHI was born in 1976 to an Egyptian father and a Latvian mother. After receiving his PhD in English Literature from Cornell University, Toutonghi moved from Brooklyn, New York to Portland, Oregon – where he now teaches at Lewis & Clark College. His first novel, Red Weather, came out from Random House in 2006; his second novel, Evel Kneivel Days will be available wherever books are sold July 17, 2012.