The Girl on the Train author reveals the cities she'll visit to promote her next novel Into the Water. 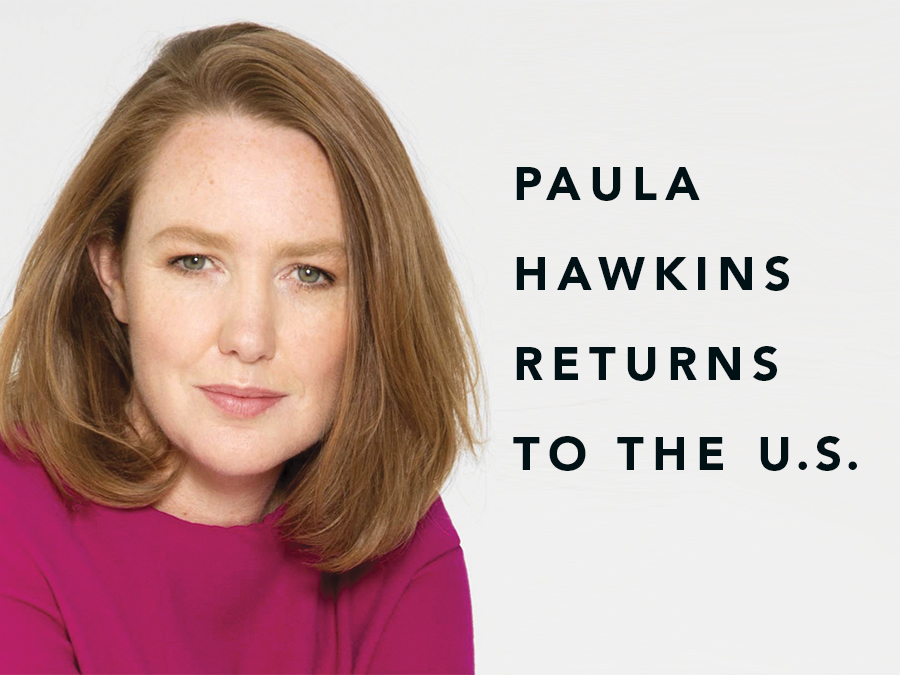 Exciting news for all you The Girl on the Train fans out there! Paula Hawkins is returning to the U.S. on book tour for her new—and totally gripping—thriller Into The Water and Read it Forward is bringing you the exclusive announcement!

If you haven’t read The Girl on the Train yet, you *might* be the only one who hasn’t. With over 8.5 million copies sold in the United States since its publication two years ago, and 20 million sold worldwide, Paula Hawkins’ debut has broken nearly every publishing record in the books. It has spent over 100 weeks and counting on the New York Times Bestseller list, including 40 weeks at #1, making it the top-selling book in America for two straight years in a row, and was made into a major motion picture last fall.

And upon publication, the press went wild. This formerly-unknown-writer-turned-unprecedented-publishing-phenomenon is now “synonymous with the term page-turner” (Bustle). Hawkins captivated readers by unfurling an “addicting” (Vanity Fair) “riveting” (Minneapolis Star-Tribune), “ingeniously constructed” (Washington Post) thriller, before delivering “a twist that no one—least of all its victims—could have seen coming” (People). But it was more than thrills, chills, and murder that sent this novel skyrocketing to unparalleled superstardom. In penning “a psychological thriller that examines the perils of voyeurism,” (Miami Herald) Hawkins delivered a nuanced exploration of the darker side of the human psyche. Her characters, who “readers will fear, pity, sympathize and root for…though [they’re] not always understandable or trustworthy” (Shelf Awareness) are flawed, and complex, and fully realized in their humanity, turning a lens upon our universal blind spots. “[W]hat really makes The Girl on the Train such a gripping novel,” raved NPR, “is Hawkins’ remarkable understanding of the limits of human knowledge, and the degree to which memory and imagination can become confused.”

Bringing the same psychological depth and propulsive plotting that shocked the world, plus more twists, turns, and troubled characters, Hawkins returns this spring with Into The Water (publishing May 2 from Riverhead Books), a suspenseful, layered story set in a small riverside town in northern England. When a single mother and a teenage girl each turn up dead at the bottom of the river, just weeks apart, the ensuing investigation dredges up a complicated history, threatening to undo everyone in the close-knit community. Suspicions shift from character to character, escalating the tension until the very last page. With Into The Water, Hawkins proves that her work reaches far beyond definitions of category, delivering an urgent story that is as much about relationships and human instincts as it is about a crime.

The Girl on the Train introduced Paula Hawkins as a bold, unforgettable voice in psychological literary suspense and Into The Water cements her as one of the biggest and most influential writers of her generation. Check below for tour dates and see if Paula Hawkins is coming to a city near you—we promise, this will be the literary event of the year! 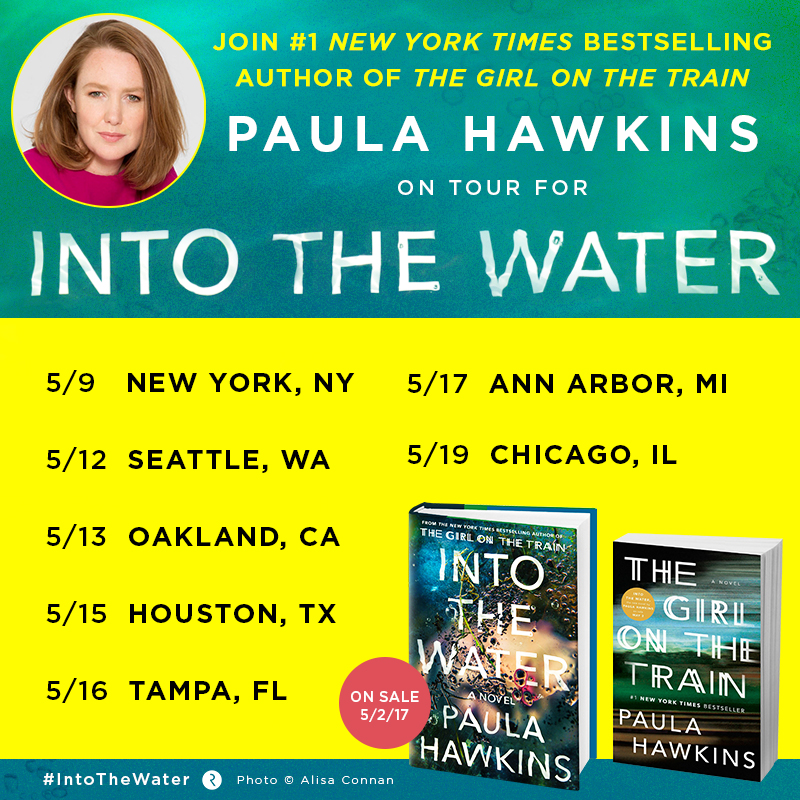 And in case you can’t make it to May without your Paula Hawkins fix, enter for a chance to win an advanced copy of Into The Water and a signed copy of The Girl on the Train! Click the image below to enter. 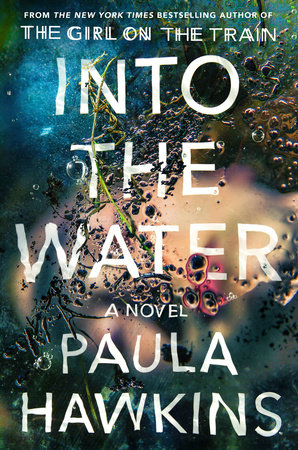 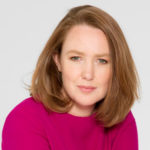 PAULA HAWKINS worked as a journalist for fifteen years before turning her hand to fiction. She is the author of The Girl on the Train and Into the Water. An international #1 bestseller, The Girl on the Train was published in 50 countries and over 40 languages. It has sold over 19 million copies worldwide and has been adapted into a major motion picture. Hawkins was born in Zimbabwe and now lives in London.