When a Book Reminds Us That Love Is Worth Fighting For

By HANIF ABDURRAQIB • 2 years ago 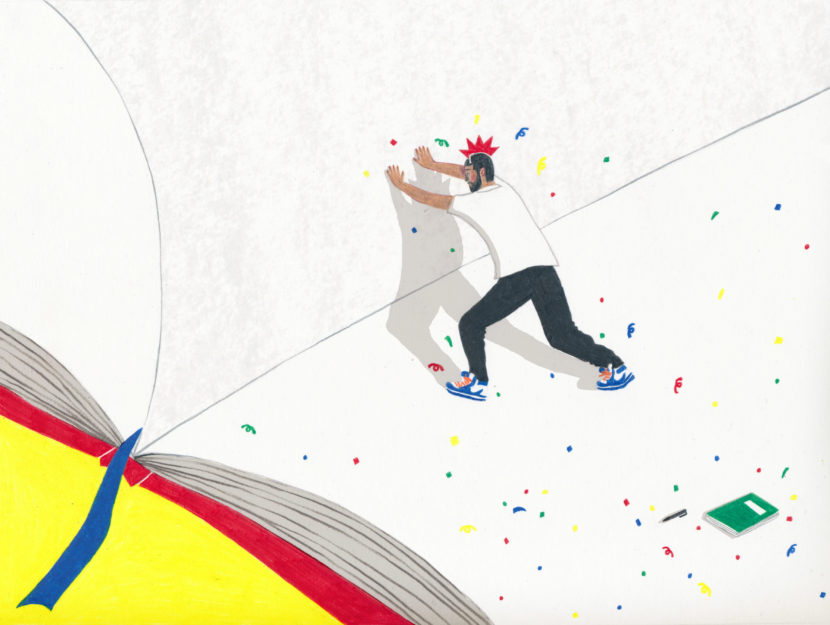 The most consistent breakup and the one some might consider themselves most fortunate to encounter is the one which comes at the end of a calendar which has reached the end of its unfurling, and crossed off the last of its months and the numbers inside of them. I have always viewed the start of a new year the same way that I view the start of a new romantic relationship because I have always found the two to be startlingly similar in approach. I am re-entering something familiar with a hopefully new approach, sharpened by what I learned in past iterations of that familiarity.

Most evident in this is the relationship inside of the relationship. My work as a writer is also a relationship, one which has more moving parts than my relationship with time, though the two are somewhat inextricable. Writing is the most intimate act I regularly return to, despite how difficult it often is for me to return. It is a tenuous battle, the one between a writer and the work—what they love is what sometimes exhausts them but is still needed for them to survive (both financially and also emotionally, in some cases).

At the center of these two things—the year turning over and my desire to find something which makes my commitment to writing worthwhile—is a book, one that I break the spine on at each year’s opening, and let carry me through each year’s first month.

Yusef Komunyakaa’s Neon Vernacular was released in 1993, a year where I didn’t imagine myself becoming a writer, and certainly not a poet, or much of anything beyond a curious eight-year-old. The book was first given to me in 2011—the year I wrote my first poem—by a mentor who thought the work inside might speak to me. Neon Vernacular is a book of new and collected poems. These books aren’t uncommon—especially for a poet of Komunyakaa’s immeasurable range. He was 51 years old and seven books in by the time it was released, and the book spans his career and various moods at breakneck speed. “New-and-selecteds” often read as a poet’s greatest hits, which is perhaps why I return to Neon Vernacular as I might return to a playlist of songs by a singer whose voice I know will rattle me out of a mood in just the right moment, or the way I return to the two or three meals I know won’t burn my kitchen down.

Familiarity is a type of beauty, particularly if that which is familiar also happens to be good. Neon Vernacular is rhythmic, dancing across themes of love, distance, and war. But, more than anything, the book feels like an impossible collection of small grievings from a man who has seen so vastly and openly that the entire world has become a world for which there is no salve but to keep living and archiving a life lived.

I am most fascinated by this: how a poet sees, and then chooses to articulate the seeing to those of us who did not place our eyes in the same place they placed their eyes. In the poem “To Have Danced With Death,” Komunyakaa says, “Afternoon sunlight made surgical knives out of chrome & brass” and I know what he means. I have always known what he meant, even in my first reading.

The question I find myself kicking around at the start of each year is the one of what I might do with the fact that I have survived again. I have made it through another year with enough facilities intact to still attempt finding my way towards a new year’s end with whatever language and experience I can pull together. In this way, I imagine my relationship with Neon Vernacular as very romantic: the friend with their arm around me at the bar, encouraging me to get back out there while I moan about the ticker tape parade echoing outside. It’s a book of such richly defined and layered misery, which means that it is also a book about the possibility of relief from that misery. And I need nothing more at the start of the year than a reminder of those two things, in equal measure.

In one of the book’s most romantic poems, “For You, Sweetheart, I’ll Sell Plutonium Reactors,” there is a line I love more than any of the poet’s other lines:

Your face in the mirror is my face.

It is simple, and not asking too much from the reader in terms of interpretation. But I most like the line because of how flexibly it sits outside of the poem’s context. Yes, it can absolutely be about a beloved—one that is missed or longed for. But the reason I have highlighted the line to exhaustion over the years is that I have come to think of it as a message from the writer who is certain in speaking to the writer who is not. The writer who, after another year of living, needs to remember why their relationship with the possibility of the blank page is one worth fighting for again.

“Your face in the mirror is my face” is another way of reminding me that there are ancestors, somewhere, who are counting on me to choose falling in love with the telling of stories all over again.

This is Part 7 of our Love, Stories series. Read the others here! 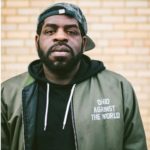