New Romance Novels That Are Reigniting the Genre

A rousing revival in the romance genre is here at last! Make way for these diverse protagonists and complex plots.

By Elizabeth Anne Hartman • 2 years ago 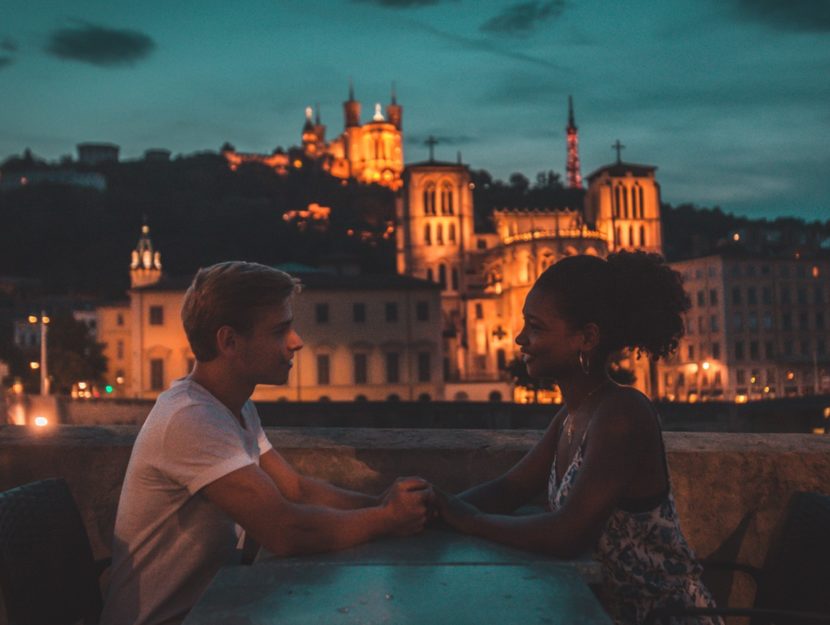 Good-bye to Fabio’s fabulous pecs and hello to haute hijabs. The romance genre is—at long last—presenting storylines, covers, and characters that reflect a far more culturally, racially and ethnically diverse readership. The modern characters are a breath of fresh air in a genre that has been crying out for a makeover. The standard varieties of romance—regency, time travel, paranormal, medieval, and contemporary—still abound, but the stories and covers are no longer dominated by clearly white and hetero couples. Now, traditional romance shares shelf space with books that feature LGBTQ, African American, autistic, Asian, Muslim and all stripes and colors of heroes and heroines. A once bland and pale palette now bursts with a rainbow of color and spice.

What’s particularly exciting is that this new crop of widely diverse authors is commanding an unprecedented degree of attention, heretofore rarely seen in a genre oft-neglected by reviewers and mainstream media. Back in the 1970s and 1980s, when mass market paperbacks flourished and romance accounted for a huge portion of sales and profits, any attention beyond the then-overwhelmingly white romance reading community, and publications like Romantic Times, was rare. Now, though the basic enemy to frenemy to friend to lover to happy ending plot formula hasn’t changed, romance novels are finally getting some R-E-S-P-E-C-T.

At the vanguard of this remarkable revival is Jasmine Guillory, lawyer by day and bestselling author by night. Whether it’s because of her Wellesley College and Stanford Law School pedigree, or simply because she writes great books, she is commanding some serious attention. Not only do her characters span a range of color and ethnicities, she brilliantly negotiates the consent and boundaries issues that were egregiously missing from earlier “bodice rippers.” Her January 2018 debut, The Wedding Date, smashed onto bestseller lists and won praise from the likes of The Washington Post, the Associated Press and NPR. Yes, NPR! Her second book, The Proposal, won her a feature in The Atlantic, another rave review on NPR, and the attention of Reese Witherspoon, who made it the February 2019 pick for her book club. While her publisher (Berkley) readies her third, The Wedding Party, for July 2019 publication, this “it author” of the moment just signed a new four-book contract with them.

Also making headlines is Uzma Jalaluddin whose novel, Ayesha At Last, a present-day retelling of Pride and Prejudice set in a Muslim community in Toronto, was optioned by Pascal Pictures. According to the announcement by Mike Fleming in Deadline, the novel was shopped around Hollywood as interest swelled in Crazy Rich Asians, and, as Fleming notes, “it was helped by an appetite to tell a fun story focused on historically underrepresented characters.”

Then there’s Helen Hoang, who mines her own experiences living on the autism spectrum for her writing, crafting romance novels that burst at the seams with hope while they enlighten readers about everyone’s capacity to love. Her debut, The Kiss Quotient, earned her a gushy profile in Refinery29 last year.

Camille Perri’s novel, When Katie Met Cassidy, was similarly treated in a Vogue feature in which Michelle Ruiz called it a “delightful, sexy, queer rom-com novel of the summer.” And Kirkus Reviews was smitten with Sonya Lalli’s The Matchmaker’s List, set in an Indian immigrant community. Alexa Martin, the real-life wife of a former NFL football player, launched The Playbook series with Intercepted, which landed on multiple best picks of 2018 lists. Fumbled, the next in the series due in April, is poised to rout the competition as well.

Equally exciting is that romance novels are being seen in places where they never were before. Both Cambridge’s Harvard Book Store, and Washington D.C.’s Politics and Prose, known as serious literary, academic, and political shops, have recently added romance sections. At Politics and Prose, it’s the members of the very diverse romance book club that steers the choice of inventory. And in a New York Times article by Alexandra Alter about the changing face of romance novels, Leah Koch, co-owner of the romance-only bookstore, The Ripped Bodice, in Culver City, California said, “Readers want books that reflect the world they live in, and they won’t settle for a book about a small town where every single person is white.”

Here’s a bit more about the novels mentioned above that you simply must drop everything and start reading!

ELIZABETH ANNE HARTMAN is a contributing editor to Publishers Weekly and a freelance writer for the Wall Street Journal’s “Off Duty” section. She is the author of The Smart Girl’s Guide to Sports: A Hip Handbook for Women Who Don’t Know a Slam Dunk from a Grand Slam. A former art gallery manager, she also writes marketing materials for art galleries and artists. She holds a Masters degree in Art History and the Art Market from Christie’s Education, a Masters in Library Science from Long Island University, and a BA in philosophy from Colgate University. Earlier in her career, she held various positions in publishing including Vice President, Director of Publicity at Simon & Schuster for the Pocket Books division, Director of Publicity at Oxford University Press, and Director of Marketing for Black Dog & Leventhal. She splits her time between Manhattan and Quogue, NY.