Why Falling in Love Feels Like the First Time, Every Time

The author of Fantasian on returning to Richard Siken’s “Scheherazade”—and to romance.

By LARISSA PHAM • 2 years ago 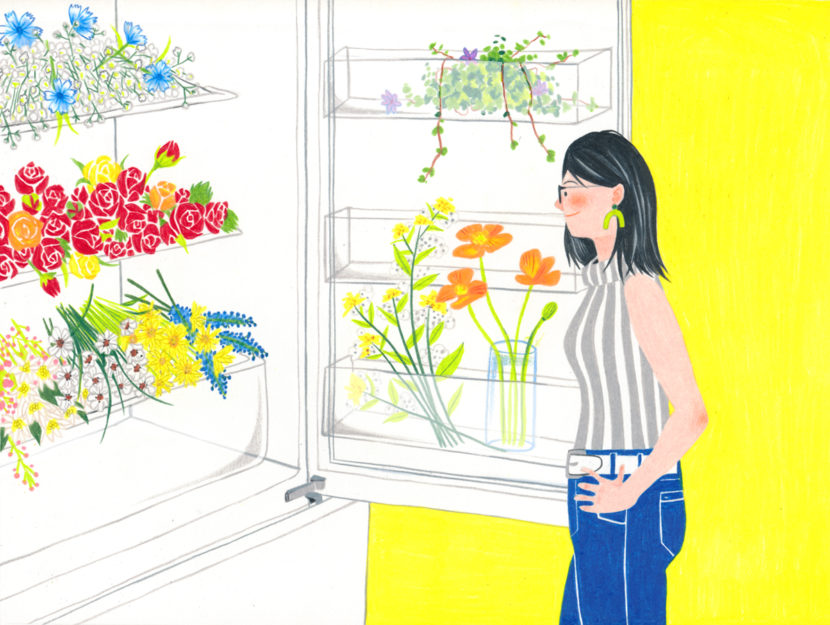 When I first fell in love I was certain that nothing else would ever feel the same, and it’s true that nothing has, but if I’ve learned anything about love it’s that it happens again, and remains surprising. Recently I spent a day reading through an old journal long enough to follow the beginning, middle, and end of a relationship that ended three years ago. Strange and familiar to read my old self’s exhilaration at the shapes and colors of experiencing a new thing, when he and I don’t even talk anymore: “now & again I step back into us like a dancer who’s afraid she forgot how to waltz but the body remembers its referents / will I never be rid of this / will I never stop marveling”—

Did I ever stop, or am I marveling at this love still? What’s more ridiculous: that I ever felt this way, or that I have felt it again, and it remains just as thrilling? Language has a way of crystallizing its subject; when we’re really lucky, it can keep a feeling fresh forever, like a flower in a refrigerator. Or maybe it’s more like the way the magnolias bloom in spring, and always a marvel: you never think it’ll happen again, but suddenly—there they are, with their lambent centers. In the same way, love has always surprised me when it returns like a season long coming, both so new and so terribly familiar.

I’m not exactly sure where I first read that Richard Siken poem, “Scheherazade” (from Crush), though it must have been nearly a decade ago; all I know is that it moved me, and I continue to return to it. I know there are other love poems, like Pablo Neruda’s “Every Day You Play” or Ada Limón’s “Crush” or Jack Gilbert’s “The Forgotten Dialect of the Heart.” I return to those, too. But there is something about Siken’s that has stayed with me, perhaps because I was so young when I first encountered it. It’s told like a fable, addressed to one’s lover, and it begins with a plea: “Tell me about the dream where we pull the bodies out of the lake / and dress them in warm clothes again.” From there, it moves into a series of images, waltzing in specifics to present fragments of a whole, allowing the reader to imagine her own version of the story: “how we rolled up the carpet so we could dance, and the days / were bright red, and every time we kissed there was another apple / to slice into pieces.”

I used to worry if I replayed a memory enough in my head it would start to wear thin from the needle, the way a song wears out if you accidentally leave it on repeat too many summer afternoons. Writing and rewriting distorted the purity of a moment; it was as though all precious things had to be packed away in ice and hidden. It was the same kind of fear I had each time I loved that I would never love again, or in the same way, or with such intensity. But I find that the fact I keep falling in love is proof we never lose our potential for feeling. No matter how often I return to it, and no matter the circumstance, I find “Scheherazade” as fresh as I did the first time I encountered it.

Part of the magic, I know, is from the poem’s fairytale quality—horses and apples, a thousand and one nights. It knows its referents; it was written to be timeless and remains suspended in amber. But mostly, I think I continue to return because of its final lines, which seem to capture what I want most from a love, which is to never grow old or tired or bored: “Tell me how all this, and love too, will ruin us. / These, our bodies, possessed by light. / Tell me we’ll never get used to it.”

In my wildest dreams I want to never get used to being in love; I want every day to feel like the first day of spring, and the cherries blooming, and the air a touch over fifty degrees, and everything glittering. I know by now—it has taken some years, and I have stopped journaling—that the business of loving is mostly a lot of work. But there is magic too in it. Why stop marveling. Why ever get used to it.

This is Part 8 of our Love, Stories series. Read the others here! 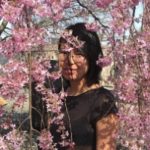 LARISSA PHAM is an artist and writer in Brooklyn. Her work has appeared in The Paris Review Daily, The Nation, Bookforum, Guernica, and elsewhere.