My Obsession With Midsommar (and My Thoughts on the Movie)

Diane Zinna reflects on writing a debut novel about Midsommar—and seeing the 2019 film.

By DIANE ZINNA • 9 months ago 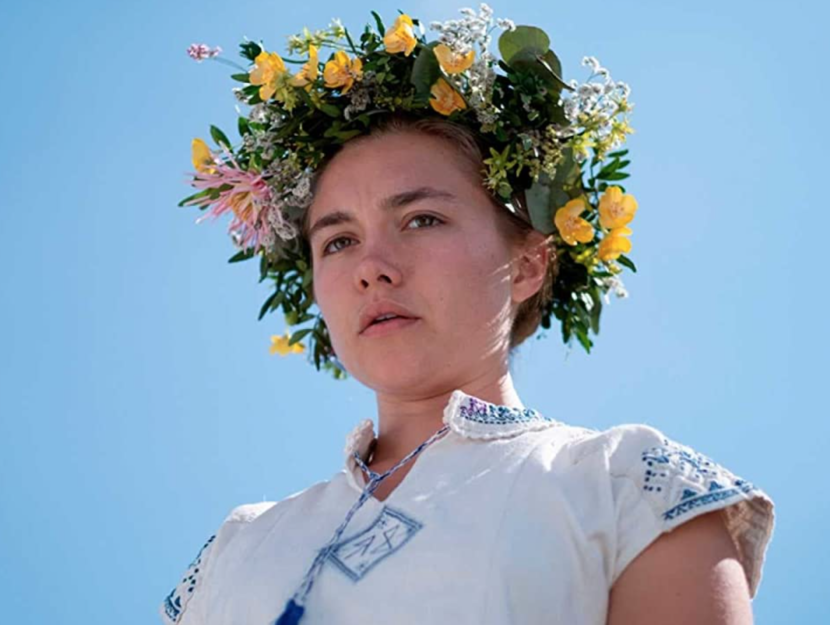 Friday is Midsommar’s Eve in Sweden. Always celebrated on the Friday between June 19th and 25th, Swedes flee the cities for the countryside to raise a Midsommar’s pole, or Midsommarstång, and adorn it with greenery. They weave flower crowns and gather with friends and family, eat outside at long tables, dance, sing, and drink. It’s a celebration for the summer solstice and the sun that doesn’t fully set in that part of the world this time of year. The songs sung are ones of childhood, and when I was there for Midsommar years ago, I had the feeling it was a holiday that turned everyone young again inside. I knew it would be a perfect setting for my novel, a story about a woman’s underworld of grief and what it takes to open back up emotionally to the world. It took me twelve years to write it—years I spent contemplating my own adolescent grief and what would have happened if everything had gone wrong when I was in my most fragile state.

LOOK AT THIS! (Happy face, happy face emoji.) She’d sent me the trailer for the film before my alarm clock went off, my bedroom fully dark. (Sad face, sad face, blowing-up head back.)

I sat on the edge of my bed and watched it. Over and over. My friend thought I’d be excited, but I was in shock. The novel I had been working on for so long also dealt with a grief-stricken woman going to Sweden after the deaths of her parents. My book also contained elements of the fantastical and dark played out under a never-setting sun. The original title of my book and the name of the folder in which all my outlines and versions and edits are still housed, is MIDSOMMAR.

I emailed my editor and agent from my bathroom. Would my book still have a chance of being published? Neither of them was worried in the least. My editor said that if the movie turned out to be big, there might be some new interest in the holiday and my book. My agent said it was a horror story meant for a whole different audience. Ugh, so gruesome. They both tried to console me. It would be a blip, they agreed, no one would even remember it by the time my book came out.

I don’t watch horror films. I used to love them as a teenager, but these days I can’t stomach even a little violence. Slasher films? Things like that happen in real life. No. Ghosts? No. When I first moved into our house, I was (and am still a little) convinced the closet in our office was haunted. When the closet door opened on its own one night, I got in my car and drove to the state of Maryland. I had a solid month when I was convinced that my covers were being pulled off of me at night by an evil spirit and for that, I can thank Paranormal Activity, the last horror movie I ever saw. I don’t watch horror films anymore, and I don’t like to think about them.

But I became obsessed with the movie as it neared its release date. All my first-book anxieties got wrapped up in it. Friends who knew my novel’s premise kept asking me about the movie, like I had insider info. They didn’t understand why I was upset. I tried to be positive. I went on EventBrite and created a party invitation for my friends. I was too scared to see it alone, but maybe we could go as a big group. The invitation read, “See Midsommar the Movie with Diane and Talk Her Down from Her Ledge!” The event description was full of puns and self-deprecation. I’d give them all bags of Swedish Fish to eat. We could wear flower crowns to the theatre. It would be a big laugh. Afterward we’d go to California Pizza Kitchen and talk about how much we hated it. Right? Right?

I became entranced by the movie stills. Reviewers kept saying the crying woman on the poster wasn’t crying for the reason you think she’s crying! There was the couple holding hands and striding through a bright field of wildflowers toward a Midsommar pole. I was jealous of the washed-out pastels, the GIFs everywhere of the long-lashed, blue-eyed man blinking inside a bear… costume? Even the way the movie studio’s logo, A-24, popped alive with flowers seemed inspired to me.

I read early reviews. The movie wasn’t going to be a blip. It was going to be a big movie and own the idea of Midsommar forever. People wouldn’t be able to think of Midsommar without thinking of sledgehammers and gore. People might even think I tried to copy the film, maybe presume my book was horror, too. Was my book horror? I thought of that underworld of grief I’d tried to bring to life in my pages and started to think it was. I cancelled the EventBrite invitations. There was no way I could see this movie.

But everyone was seeing it. People who didn’t even like horror loved it. They said it was visually stunning. They said it was funny. The Swedish Tourism Board responded good-naturedly to questions about the many gruesome rituals depicted in the film. It was all made up, they said. It was so inventive.

Googling it obsessively, I stumbled upon a copy of the screenplay online. It was all there. Like a book. I thought if I couldn’t get up the courage to watch it, maybe I could read it. I needed to know this movie and how much of it was real, how much was inspired by the things I loved when I was there and the holiday broke me open years ago.

I read the screenplay in one sitting. I gulped it down. And I loved it. I took the next day off from work and went to go see the earliest showing—10:15 am. At that point it was far enough into its release that the only theatre playing it was 40 miles away. The place had 40 movies running at once, and all the theatres were virtually empty. Sunlight flooded that lobby, and I had to ride a narrow, three-story escalator to the level where my theatre was. I only drink soda when I’m nervous, and that day I got the largest cup they sold and filled it to the brim with cherry vanilla caffeine-free Diet Coke, a flavor I knew would, from that day forward, remind me of this movie.

My husband and I were the only ones in that theatre that morning. I gripped his arm the whole time, but I knew all the beats as they were coming. Having devoured the screenplay, I knew it as well as my own book.

I wanted to hate it. But I loved it. I loved that this director had seemed to fall in love with the things I loved. The light there, how it blanched over everything dark. The allure of escape to a pastoral, paradise-like place after grief. How his character of Dani is attracted to that, how Midsommar is the opposite of the winter of her parents’ passing. How her grief is so far removed from her friends’ understanding that she’s an outsider. How she’s undesirable because of her sorrow.

I related to Dani and I related to the director because he loved what I loved. No, not the blood in the tea, the hairs in the pie, the dancing until you collapse, the bear thing—but the horror underneath, the desperation to be understood and all the scary-movie things that can happen because desperation can go so wrong. 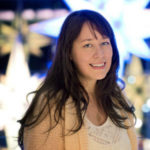 DIANE ZINNA s originally from Long Island, New York. She received her MFA from the University of Florida and went on to teach creative writing for ten years. She formerly worked at AWP, the Association of Writers & Writing Programs, which hosts the largest literary conference in North America each year. In 2014, Diane created their Writer to Writer Mentorship Program, helping to match more than six hundred writers over twelve seasons. Diane lives in Fairfax, Virginia, with her husband and daughter. The All-Night Sun is her first novel.